Column: New Chicago tourism slogan: ‘Please excuse our violence. We certainly do!’ At least it would be honest.
Share this
1 of 2 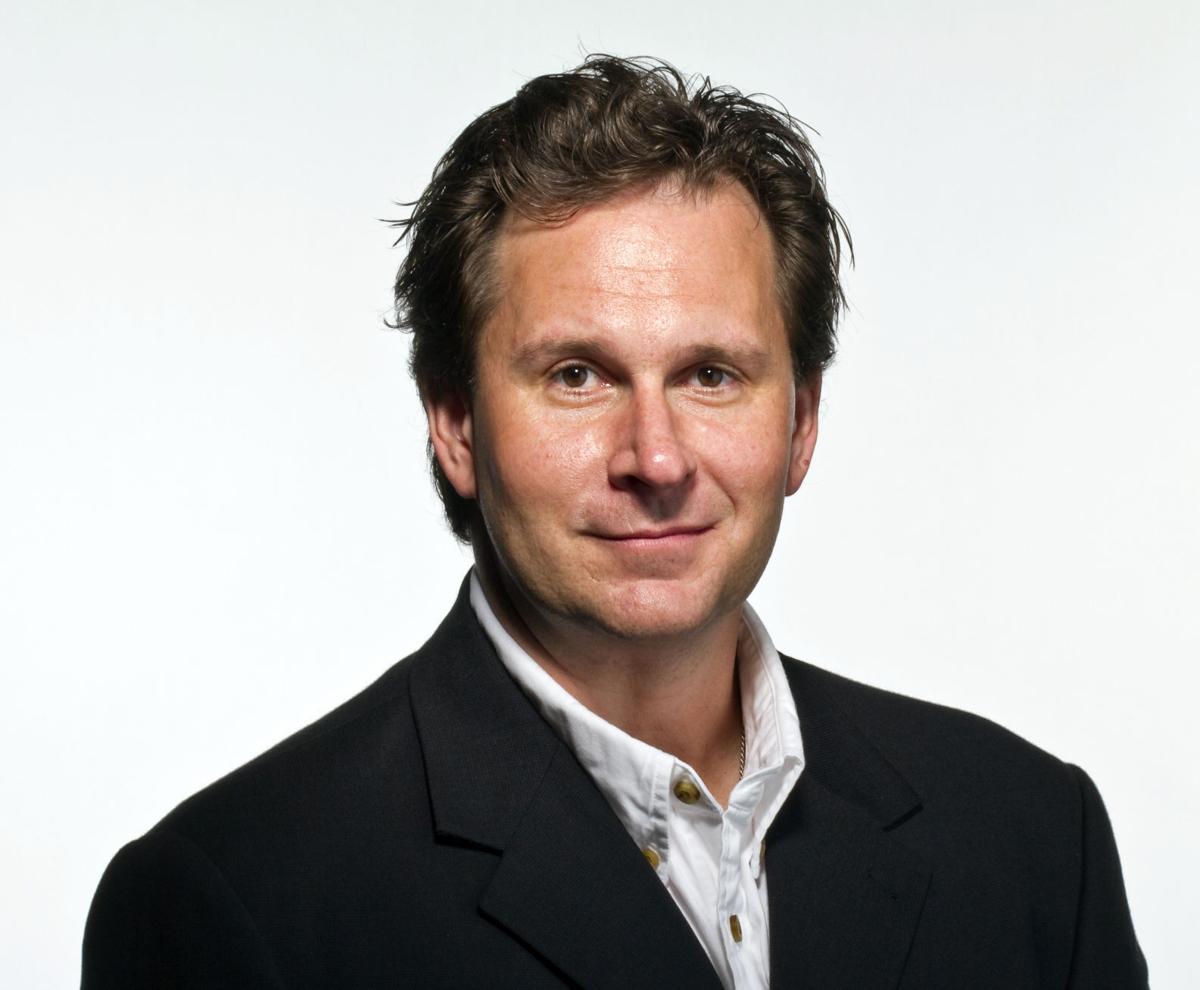 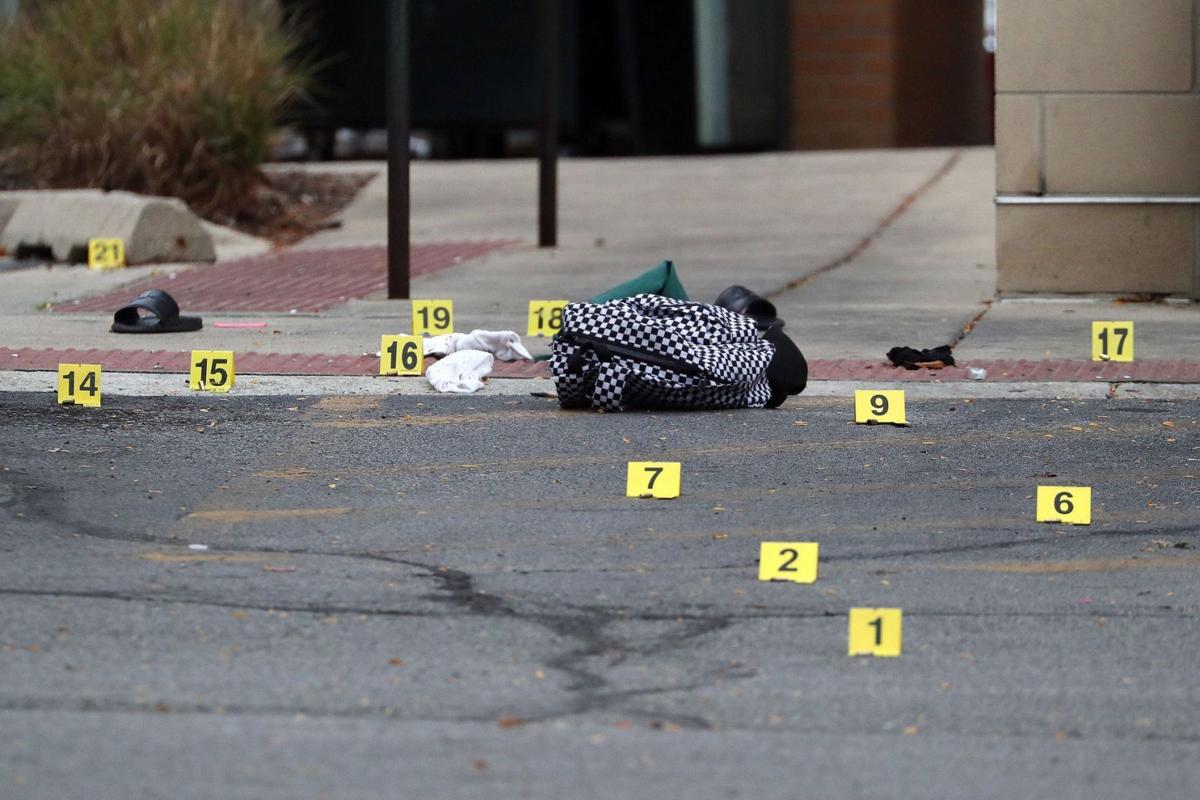 Evidence markers and a backpack remain at a crime scene in a strip mall at 83rd Street and Holland Road in Chicago after a teen was shot and fatally wounded there on Tuesday.

I have a great new tourism slogan for Chicago: “This is really sad and nobody is doing anything about it.”

I’m sure businesses and wealthy folks of all sorts will love it.

It came from the mouth of a Simeon Career Academy High School parent after she picked her 14-year-old daughter up from the school Wednesday amid worries that there might be another shooting.

Note the use of the word “another.” The day before, over a period of less than four hours, two 15-year-old Simeon students were shot and killed, one just a few blocks from the school and the other in Hyde Park.

There were rumors a retaliatory shooting might happen at the school, so parents such as Kenya Westbrook-Flowers came to get their kids. That’s when Westbrook-Flowers spoke the words everyone in Chicago knows are true: “This is really sad and nobody is doing anything about it.”

I think we should start advertising that statement.

“Welcome to Chicago: This is really sad and nobody is doing anything about it. Enjoy Navy Pier!”

Maybe the reality of the city’s daily tragedies would keep people away and, in doing so, generate the political will to fix things. Because it sure ain’t happening otherwise.

In reality, Westbrook-Flowers’ quote might be too mild. Maybe we could up the ante a bit and go with: “Chicago: Come visit and you probably won’t get killed. Don’t miss the Magnificent Mile!”

That’s scarier, while also being accurate. Tourists aren’t coming here and dying. Most who visit Chicago see none of the much-ballyhooed crime and violence national politicians and hucksters like to spout off about. Such troubles are hard to find, because they happen in neighborhoods nobody visits, and since nobody visits those neighborhoods, the troubles are easier for the rich and powerful and all the rest of us to ignore.

Do you even remember where this column started? It started with two 15-year-old human beings with untapped potential and entire lives ahead of them being killed in shootings that, had they happened in front of Macy’s on Michigan Avenue or in the Lincoln Park neighborhood or, God forbid, a peaceful north suburb, would still be front page and national news.

But because they happened on the South Side, far enough from the beating heart of Chicago’s economic drivers — big business and tourism — they fell into the one-and-done news cycle, soon to be replaced by the next round of children or adults killed in neighborhoods few can find on a map. It’s as if they don’t exist because, effectively, they don’t. At least not in the eyes of the people whose neighborhoods aren’t getting shot up on a nightly basis.

To paraphrase Ms. Westbrook-Flowers, it’s really sad and nobody is doing a thing about it, which seems profoundly unfair.

So I return to my proposal of revamping the way Chicago markets itself to businesses and visitors. If we’re all one city, then we need to collectively own what happens in all parts of the city, right?

A good ad for Monday, Sept. 20, would’ve been: “Chicago: 61 people were shot this past weekend, including a 13-year-old boy. But if you come visit the Barbara Kruger exhibit at the Art Institute of Chicago, you’ll almost certainly make it out un-shot!”

This form of honest promotion would surely cause tourists to abandon Chicago, much in the same way Chicago has abandoned the area surrounding Simeon high school and other neighborhoods where violence crackles.

If the city starts to feel the economic pain of that abandonment, good! That means the plan is working.

The slayings of Jamari Williams and Kentrell McNeal — the 15-year-olds shot, killed and soon to be forgotten, as all victims of Chicago violence are except by their friends and families — should cause the city at large some pain.

Every death that happens here should cause the city at large some pain. The fact that it doesn’t is all you need to know about why it keeps happening.

So let’s come together and make Chicago hurt. Let’s sidestep the truth that Chicago is a city of two parts — one where violence happens and is treated with ineffective bromides or ignored, and one where violence would never be tolerated because there’s money to be made.

Let’s put everyone under the same umbrella and send out ad copy that reads: “Chicago: Your autumn adventure begins here! (Please disregard the incessant shooting happening slightly to the south and west of your hotel.)”

Or maybe: “Chicago: Please excuse our violence. We certainly do!”

Maybe once the downtown streets are empty and the bigwigs feel some pain in their pocketbooks we’ll see a push for actual change. Substantive change. The kind of change that takes money and intelligence, time and patience, compassion and human decency.

Not just tossing cash at the police and trotting out a couple anti-violence programs. Not babbling about tough-on-crime tricks such as “asset forfeiture” and “flooding the zone.”

As Ms. Westbrook-Flowers so aptly put it: “This is really sad and nobody is doing anything about it.”

So let’s stop the charade and market ourselves honestly.

From the archives: Tornado rips through Southern Illinois on May 29, 1982

Tornado went through Energy as well

Widespread damage on Marion's west side

Carterville from the air

This is an opinion column from the opinion page.

Evidence markers and a backpack remain at a crime scene in a strip mall at 83rd Street and Holland Road in Chicago after a teen was shot and fatally wounded there on Tuesday.