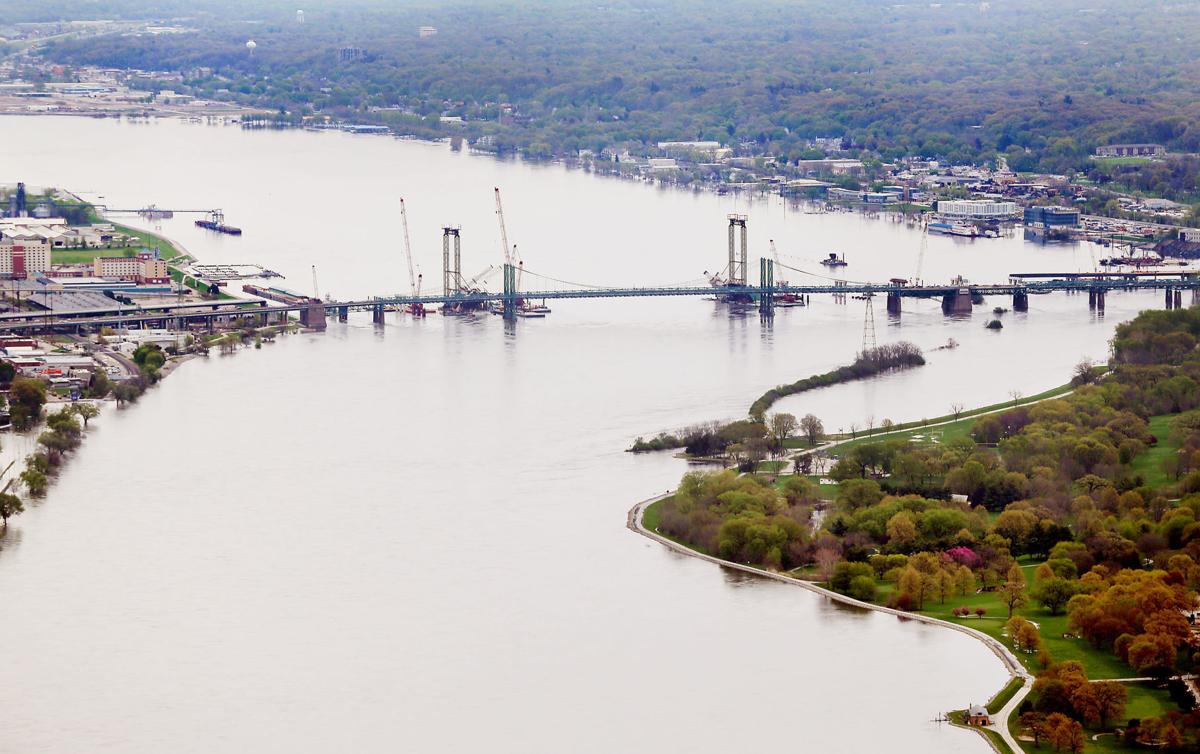 Some might think it odd to label a 221-mile stretch of Mississippi River a single port. For many, a port is thought of as a geographically confined space, where goods are shipped in and out.

That's not the way it is any longer.

In fact, on inland waterways it hasn't been that way for a long time.

"The ports on inland waterways are really long and linear things," says Bob Sinkler, the former commander of the Rock Island District of the Army Corps of Engineers.

Across the country, communities have formed port designations that stretch for tens, even hundreds, of miles. Places like Pittsburgh, Cincinnati, Huntington, West Virginia, St. Louis and south Louisiana, among others, have recognized this reality.

It's not too late to catch up.

If approved, we think this would be something to be reckoned with.

There is a much to be gained in seeing this stretch of the Mississippi River as a single entity. It could mean more federal funds, greater interest from economic development prospects – jobs for the Quad-Cities.

That prospect alone is enough to catch our eye.

We’ve always known the Mississippi River is a highway of goods that move daily through our community. But when you consider the wider area from Dubuque to Keokuk, this section of river would be an even greater force, a superhighway if you will — the 68th largest port in the country and among the top 20 inland ports.

Sinkler has spent months on getting such a designation approved. Ten of 15 counties along this part of the river, among them Scott County, have already signed on. Advocates are hoping the other five do, too.

Within the Corps, this designation will carry resonance, he says. "The port is the natural customer for a Corps of Engineer district, or one of the natural customers," he says. Sinkler, who was the Rock Island district commander from 2006 to 2009, is now an adviser at Washington, D.C.-based Dawson & Associates, though he says this is a volunteer effort and his firm is not involved.

It seems to us that, working together, the communities along the Mississippi River, under the umbrella of a single port, would be a more effective force lobbying for funds. Already, we're told that the Rock Island district can sometimes see money siphoned away to other districts that are affiliated with ports.

The coalition hopes to apply for the designation by the end of this month and gain approval by September. A unit of the Corps of Engineers, the Waterborne Commerce Statistics Center, would grant the designation.

It’s hard to see a downside to this. The port would not have taxing or land-use authority, officials say. It doesn’t have the power to take on debt. Instead, advocates say, it is meant to be a single entity for collection of data, a marketing tool and – essentially – a brand to make it easier to attract attention and funding.

One potential target: Communities along the river could work together to seek federal funding from the federal Water Resources Development Act, an important piece of legislation that occurs every few years authorizing water resource projects.

Around here, WRDA, as it's known, doesn't get a lot of attention. But in places with well-established ports, it's a big deal. Among the possibilities: Securing funding for ecosystem restoration projects.

The communities within the Quad-Cities have long seen the value of bi-state cooperation. We work across the river to provide for basic infrastructure, to build and maintain new bridges and protect federal jobs.

This cooperation has paid dividends for our community. Just look at the new Interstate-74 bridge.

We think that cooperation can only be enhanced by working as a Mississippi River region, connecting our community with others all up and down the river to seek out new prospects, be they commercial or environmental.

Editorial: Klobuchar is the one

Last week’s chaos that passed for a Davenport Civil Rights Commission meeting was hardly a surprise. What will be a shock is if next month’s s…

Thumbs Up ... to the memory of Tom Railsback. The Moline native was a Republican congressman who represented western Illinois, including the Q…

Roughly 40 states around the country suspend driver's licenses for failing to pay parking tickets. Last week, Illinois stopped being one of them.

Thumbs Up ... to Rock Island Mayor Mike Thoms for giving it to us straight in his condition of the city address this week.

Editorial: Get at the truth of what happened at Glenwood

This week, the top official at the Glenwood Resource Center was fired. In a letter from the Iowa Department of Human Services, Jerry Rea, Glen…

Thumbs Up ... to Joy Boruff, the longtime CEO of the Moline Foundation, who is retiring. A native of Fort Dodge, Iowa, Boruff has worked to ma…