Editorial: Keeping pace with change
0 Comments
Share this
1 of 2 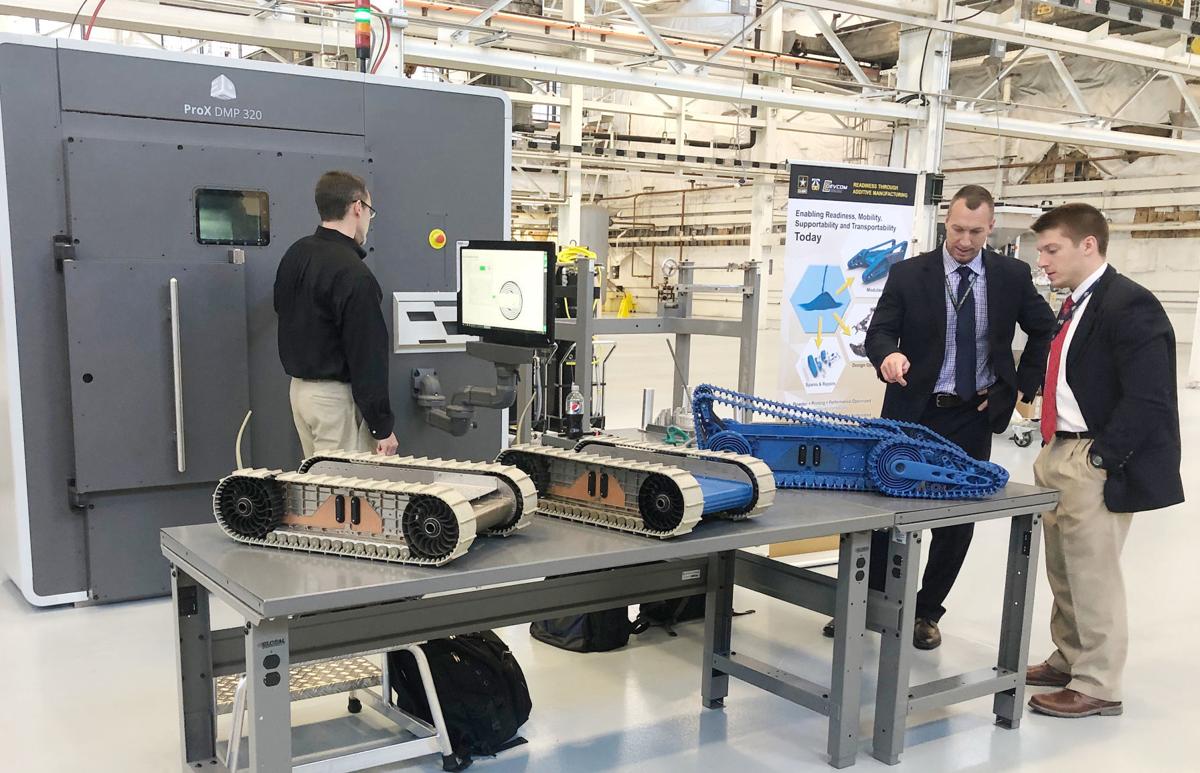 The Rock Island Arsenal-Joint Manufacturing and Technology Center celebrated the opening of its new advanced and additive manufacturing center of excellence in May, 2019. 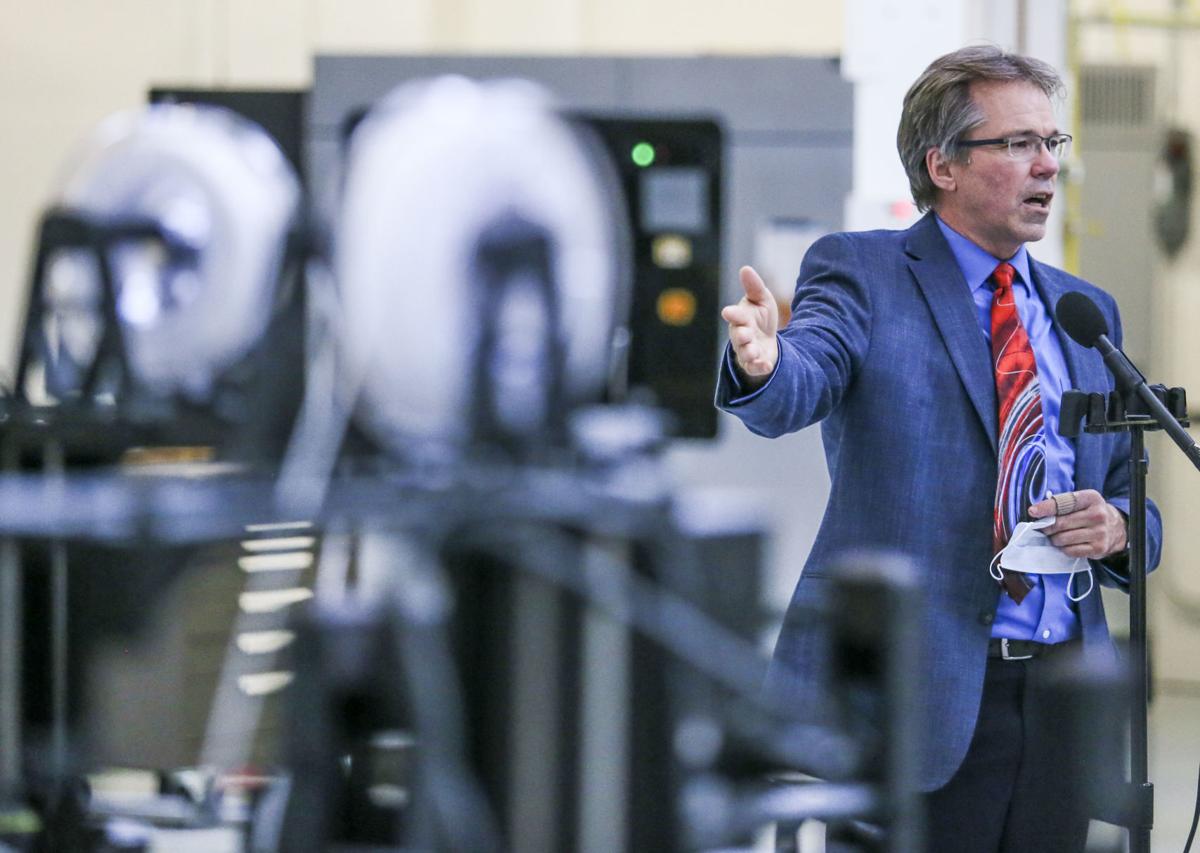 In a little more than a year, the world's largest metal 3D printer will be moved to the Rock Island Arsenal.

At 30 feet long, 20 feet wide and 12 feet tall, this new piece of high technology will be about as long and almost twice as wide as an M1A1 tank. This new 3D printer, currently being built in Rockford, is intended to manufacture what the Army calls a jointless hull — essentially, a chassis or underside for a large ground combat vehicle. Delivery of the new 3D printer to the Arsenal is expected in about 14 months.

The effort is being led by ASTRO America, the prime contractor, which will work with subcontractors Ingersoll Machine Tool, Siemens, and MELD Manufacturing to build the machine. The center on the Arsenal will be in charge of its operation.

As the Army seeks to improve its fleet, the ability to make parts without joints is said to lessen their vulnerability in combat and, ultimately, to make them lighter.

We bring this bit of news because we have been interested in the Center of Excellence for Advanced and Additive Manufacturing at the Rock Island Arsenal's Joint Manufacturing and Technology Center ever since it was founded two years ago. And because we believe this community has a significant stake in its outcome.

It's generally been true that the more the Arsenal establishes itself as a provider of unique capabilities, the greater value it brings to the military and, thus, to its own future. The success of this new manufacturing center is important to that effort.

Seeded with a $20 million Army investment in tools and additive manufacturing machinery, the center operates out of a large building tucked off the installation's main drag.

The idea is to make pieces that are lighter and improved; that can be built faster and at less expense.

It is a process that's been around for a few decades but is being more widely used in the private sector — including in the Quad-Cities — as well as in the military.

It seems appropriate that the Army's hub for additive manufacturing should be located here. The Quad-Cities has long had a history as a place for metal manufacturing, and the Rock Island Arsenal as the Defense Department's only vertically integrated manufacturing facility, is part of that heritage.

The last time we last visited the Arsenal's additive manufacturing center, there were only a few people working in a space where, a century earlier, howitzer shells were loaded onto trains bound for American troops fighting in World War I.

Last week, we paid another visit. The workforce has expanded a bit. There are about a dozen people working there now. Annual revenues have grown to about $2 million.

In the grand scheme of things, it's still a relatively small operation. But we have seen in the last two years that, within the Army, it is the go-to spot for this new type of production. That's no small accomplishment.

Two years ago, Randl Besse, the project manager, told us he thought the center was in the first stage of the crawl-walk-run cycle of life. Now, he says, "we are definitely in the walking stage." The center has about 20 orders, including a request that it make 1.5 million nasal swabs so the military can test for COVID-19

He, and we, hope that workload grows in the future.

It will need support. We've been happy to see that our area's congressional delegation has pitched in. Sen. Dick Durbin and Rep. Cheri Bustos, in particular, have been supporters of this initiative. So has the Quad-Cities Chamber of Commerce. The Rock Island Arsenal Defense Alliance is lobbying for additional funds for the Jointless Hull Program, in addition to the money already secured. We hope they are successful.

Two years after our first visit, we still have high hopes this unique operation will continue to expand; that it continues to innovate; continues to do things like land the world's largest metal 3D printing technology. We can only think that, in the long run, this will be good for the soldiers the center ultimately serves, as well as for our community.

Editorial: Be wary of scammers

Over the last few weeks, we've learned of two costly email scams that have conned local governments in the Quad-Cities out of hundreds of thou…

Editorial: Help those who help others

Often, we don’t see them. But across the Quad-Cities, there are hundreds, if not thousands, of people who toil each day making life livable fo…

Twenty years on, it doesn’t seem possible to truly conjure up the horror of that September day. The shock we felt as a country when, on Sept. …

For decades, the Mississippi River has all too often flooded downtown Davenport and other parts of the city, in many cases inflicting disastro…

A radical new Missouri law declaring federal firearms restrictions unenforceable in the state isn’t even in effect yet, and already it’s hampe…

For those who closely watch the once-per-decade redrawing of Iowa's political boundaries, what happened last week was precedent-setting.

Editorial: America must take in Afghan refugees — not just Afghans who helped us

It was easy to open our doors to Afghan refugees 40 years ago because they were fleeing our adversaries, the Soviets. This time around it may …

Thumbs Up ... to the Moline City Council for keeping parking free downtown, at least for now. The council voted to table a measure to contract…

The Rock Island Arsenal-Joint Manufacturing and Technology Center celebrated the opening of its new advanced and additive manufacturing center of excellence in May, 2019.