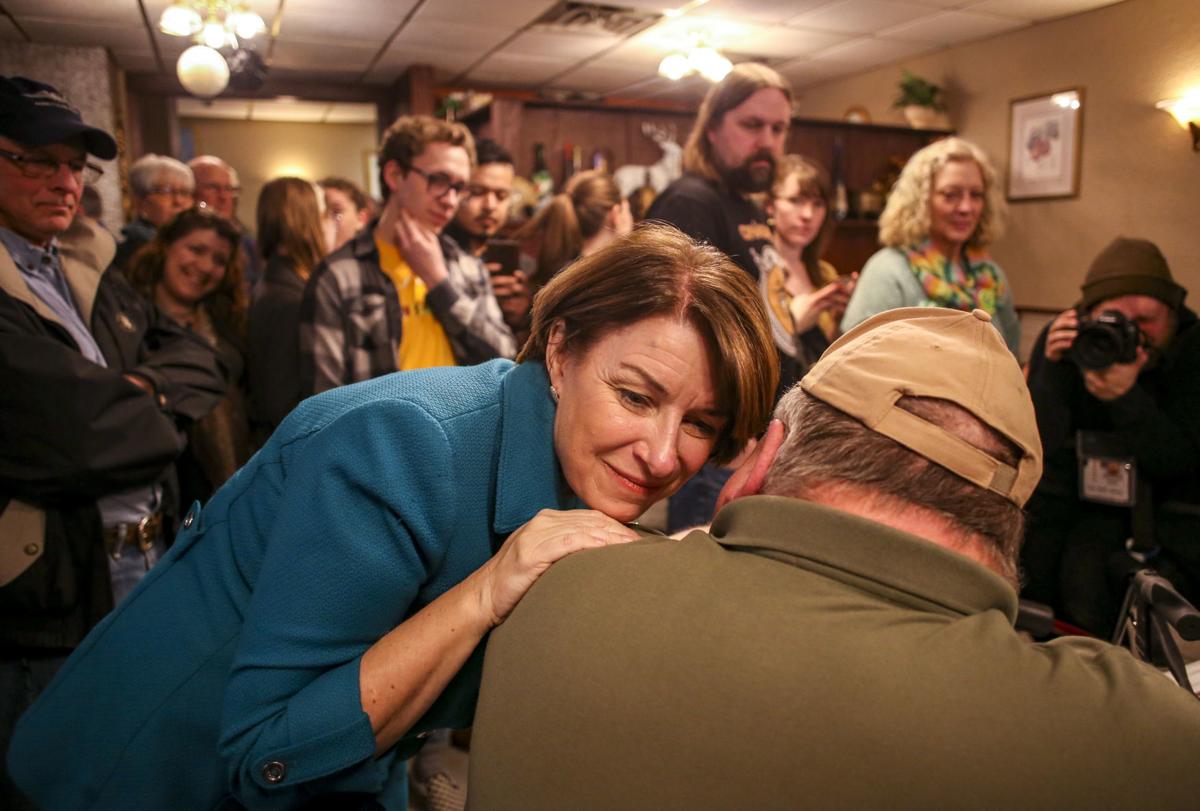 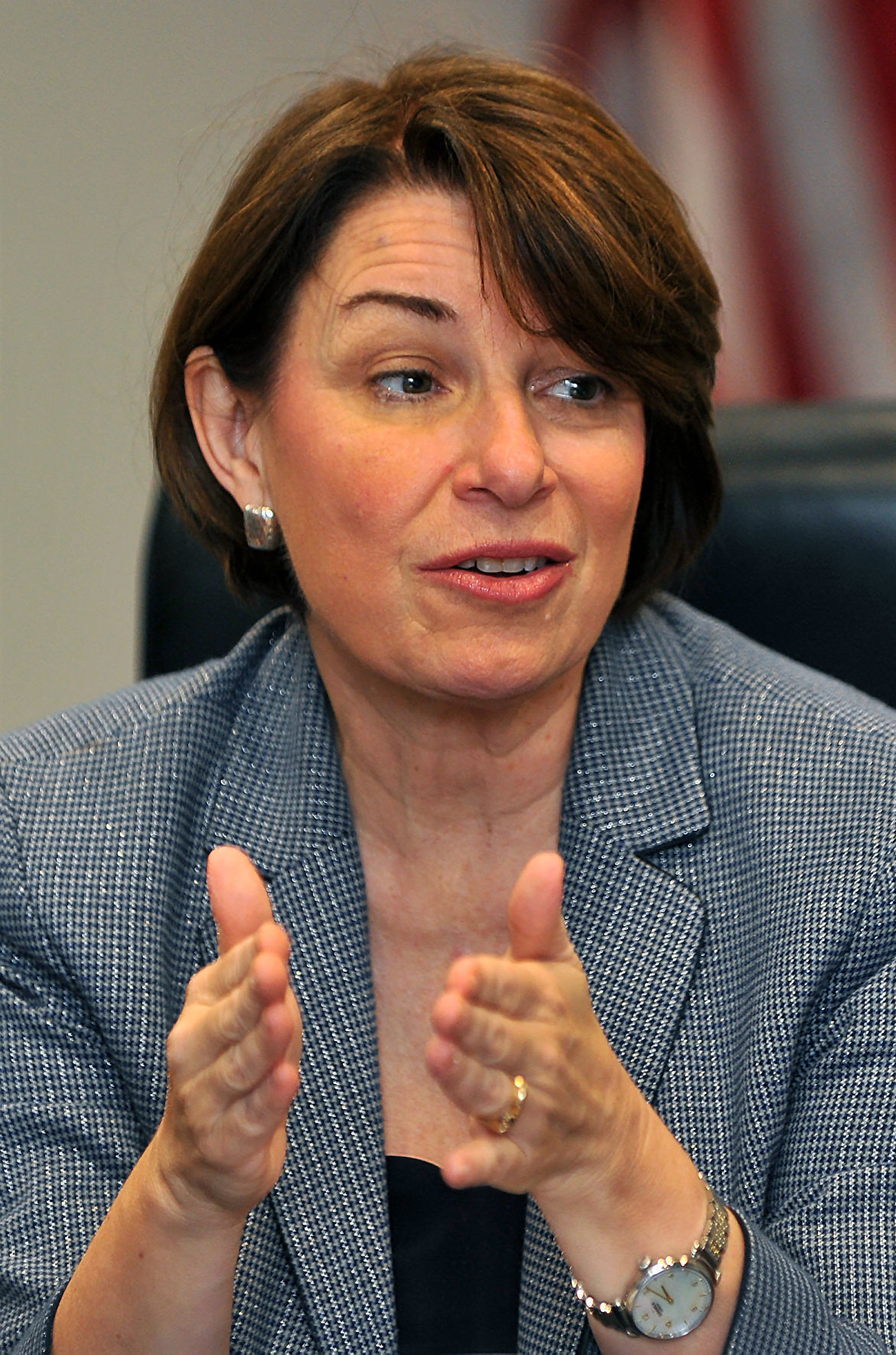 She won it from an editorial board that, like much of the electorate just two weeks away from the Iowa caucuses, has struggled with how to assess the large field of candidates vying for the Democrats’ 2020 presidential nomination.

How did she do it?

She won our confidence with her three-term record in the U.S. Senate representing the state of Minnesota.

She won our confidence with the way she's campaigned in Iowa for more than a year.

She won our endorsement by convincing us that, among her rivals, in this divided political culture, she is the best person to push through an agenda that will better the lives of millions of Americans, including those of us who live in eastern Iowa and western Illinois.

Throughout much of the campaign for the Democratic presidential nomination, Klobuchar has been dubbed a moderate.

To many, this is a moniker that implies slow incrementalism.

In truth, that label belies Amy Klobuchar's vision and her record.

Only in this campaign could it be considered incrementalist to want to make community college, the engine of progress for so many middle-class Americans, free.

Only in this campaign could somebody with a plan to open the door to health care for millions of Americans through Medicare or Medicaid be dubbed just a moderate.

Only in this campaign could somebody with a plan to curb fossil fuel emissions by 2050 be labeled middle-of-the-road.

In truth, Amy Klobuchar is a progressive realist.

So, what does she offer?

On health care, she offers a plan (not a "pipe dream," as she puts it) to vastly improve coverage with a public option for people priced out of the private insurance market. Her expansion of public health programs to millions more Americans would be historic.

On climate change, she is as aggressive as any of her rivals on the things that matter most. Her plan would expand renewable fuels and put a price on carbon to lower emissions to net zero by 2050. She would, in her first 100 days, rejoin the community of nations fighting global warming, restore plans to cut emissions at power plants, and make our cars more fuel efficient.

Klobuchar offers an aggressive, wide-ranging agenda in those first 100 days to improve the daily lives of Americans.

She would protect health care coverage for Americans with pre-existing conditions. She would grant the FDA authority to import less expensive prescription drugs from Canada, easing the burden on Americans. She would expand VA health benefits for women and propose new investments for public education to help teachers, poor students and those with disabilities. She would launch new initiatives to address mental health and addiction issues in this country.

Klobuchar offers ideas to expand paid family leave to up to 12 weeks and raise worker pay.

She has a real infrastructure plan.

This editorial board has had the opportunity to sit down with nearly a dozen candidates, most of them for an hour and some for longer. We heard lots of plans, lots of debate. We got to hear how each would work to get their ideas through Congress.

Klobuchar convinced us she is the one who is most likely to be successful.

A Minnesotan and former prosecutor, Klobuchar is a pragmatist. But she also struck us as a good strategist. She knows well the members of the Senate, where so many good ideas have been stymied. She convinced us she knows the levers to pull, the incentives to offer, and where to turn to get the votes needed for success.

She's led on dozens of bipartisan proposals that have cleared Congress. She worked on the bipartisan immigration bill that cleared the Senate in 2013. The legislation failed in the House, but Senate passage was a significant achievement in itself.

During this campaign, Klobuchar has tried to persuade Democrats she can beat President Donald Trump; that she appeals to voters who live in places like rural and rust-belt America who turned to Trump in 2016.

We think there’s something to that. (We would note we won't make a general election endorsement until later this year. But if Democrats are basing their decision on who can win in the fall, it's hard to beat Klobuchar's appeal.)

More importantly to us, Amy Klobuchar is somebody who offers the most hope among the Democratic candidates that progress isn’t just a campaign slogan destined to die in the harsh reality of Washington politics.

We believe she can actually cut through the obstacles and move forward; that her Midwestern grit is a reason for hope.

Democratic presidential candidates Elizabeth Warren and Amy Klobuchar will be in the Quad-Cities on Saturday, Feb. 1, making final pitches to …