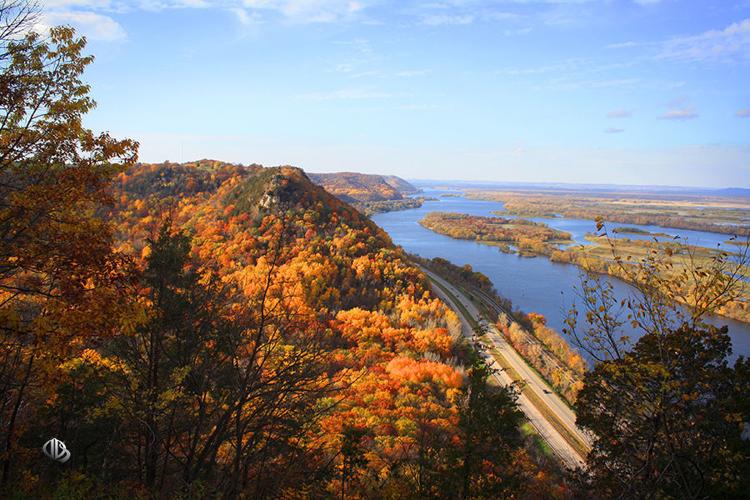 Ready Bluff is in the driftless region near LaCrosse, Wisconsin, and LaCrescent, Minnesota. 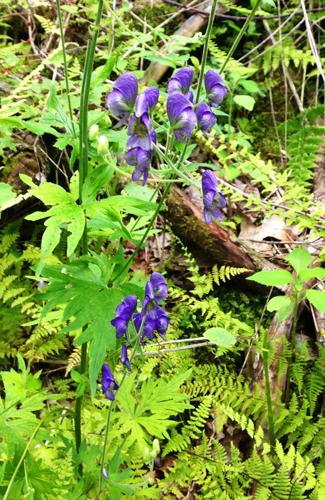 Northern monkshood is an endangered plant that grows in the driftless region. 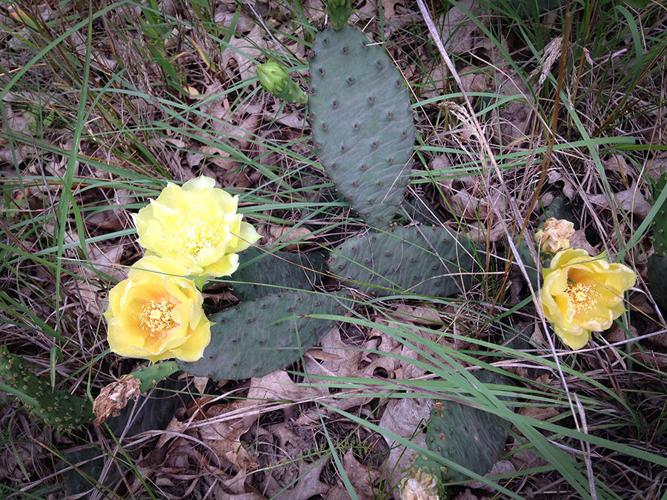 Most people associate prickly pear cacti with deserts, but it also grows in the dry, sandy soils of some driftless area bluffs. 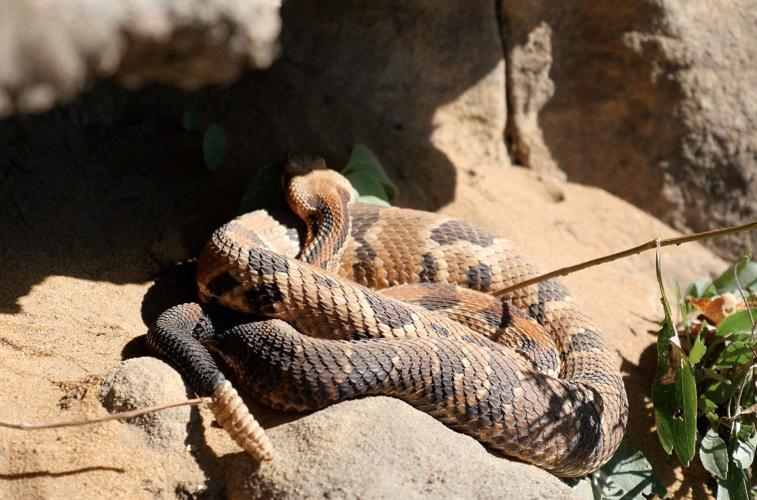 When climbing the bluffs of the driftless region of the Midwest, one needs to be on the lookout for timber rattlesnakes. 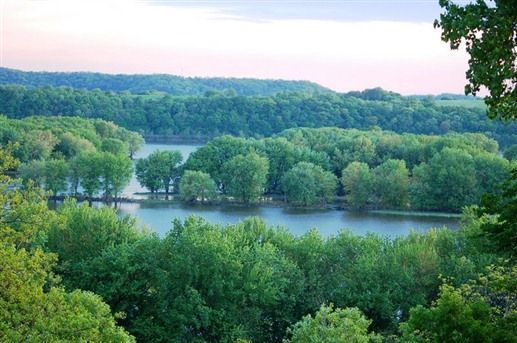 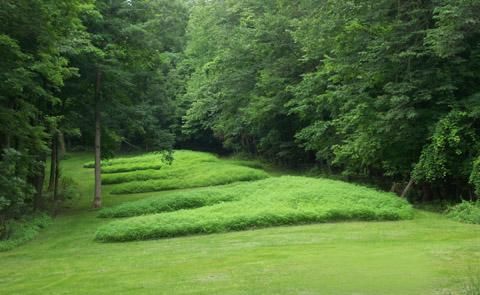 The Effigy Mounds National Monument preserves more than 200 prehistoric mounds. A walk through the area invites meditation about the purpose of the mounds the people who built them. 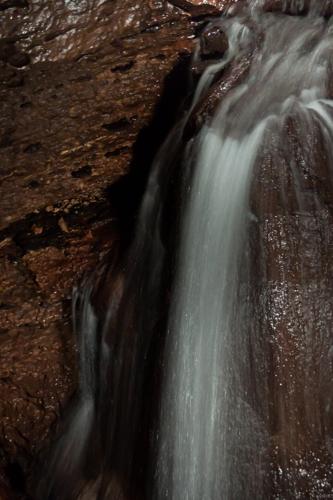 The signature feature of Niagara Cave is this underground waterfall. 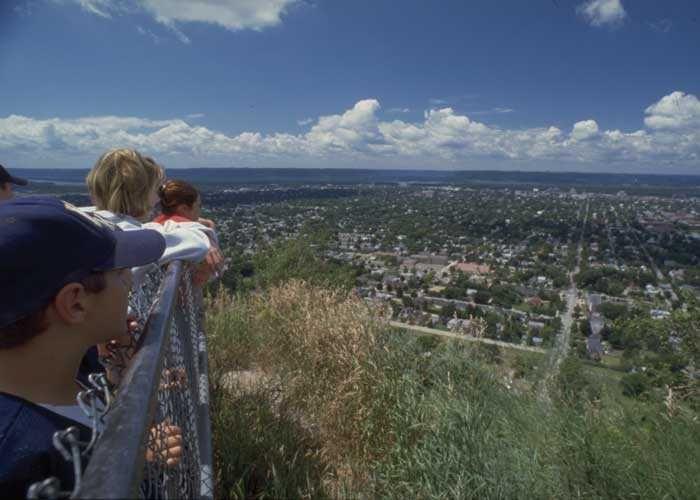 A trip to the top of Grandad Bluff in Lacrosse, Wisconsin, allows visitors to see for miles.

If you think you know what Iowa looks like but never have been to McGregor, then you don't have the whole picture.

The Mississippi River town is in the northeast corner of the state, where you'll also find spread across several counties deep river canyons, cliff-side petroglyphs, Indian burial mounds and vents in hillsides where the air temperature can be 40 degrees on a hot summer day.

This area is called the "driftless" region, and it extends into parts of northwest Illinois, southwest Wisconsin and southeast Minnesota. "Driftless" refers to the fact that the fourth glacier to cover what is now the Midwestern United States did not cross into this area, leaving a different kind of topography and, to some extent, plants and animals not found elsewhere.

If you never have heard of the term "driftless," you have lots of company. Neither have most of the people who actually live in the area, says Tim Jacobson, a Boscobel, Wis.-based filmmaker.

To spread the word, and to gain support for sustaining this unusual ecosystem, he along with George Howe have made a 30-minute documentary called "Mysteries of the Driftless."

You can see the movie for free on Saturday, March 19, when it will be one of four films shown at the 11th annual Environmental Film Fest, held in Olin Hall of Augustana College, Rock Island.

Other films will spotlight professional "spin doctors" who cast doubt on scientific reports of climate change and other topics; rampant food waste in the United States; and endangered rainforests that supply the wood used in making acoustic guitars.

Jacobson and Howe also will be at Augustana to speak.

Jacobson, a Wisconsin native who is deeply committed to preserving the natural environment on which all life on earth depends, hopes that viewers of his film will fall in love with the beauty of the driftless area, perhaps visit it and develop a connection to it.

It is only with a personal connection that people develop a land ethic, treating the land with love and respect rather than as a commodity, he said.

Certainly the planet is awash in pressing environmental concerns, but too much focus on the negative can make people feel hopeless and give up trying to address the problems, he said.

That is a key reason why Jacobson and Howe made this film and a key reason film fest sponsors, including Augustana, the Eagle View chapter of the Sierra Club and Radish magazine, chose it for screening.

"Part of our goal is to remind people how beautiful the Earth is," Kathryn Allen, of the Sierra Club, said. "We hope that people fall in love with it all over again, which will make worthwhile all the daunting work in front of us. Plus it's local," she said of the driftless region.

The film takes viewers into the landscape to discover areas they didn't know where there, some of them on private land not be accessible to the public. The message, Jacobson says, is "positive and energizing."

The film is part of Jacobson's work as a founder and director of the Driftless Environmental Education Project.

He wants people to know about the region's diverse natural and scenic resources and, recognizing that human beings need to earn a living, to encourage sustainable development or use of the land.

Among some of the education effort's projects have been programs to reintroduce endangered raptors such as the peregrine falcon, rehabilitate trout streams and, in farming, encourage rotational grazing, organic growing, soil conservation and erosion control.

For hundreds of years, guitars have been made the same way, but now, this could all change. In "Musicwood," a band of famous guitar makers travels into the heart of one of the most primeval rainforests on the planet to negotiate with Native American loggers and change the way this forest is logged before it's too late for acoustic guitars.

Why is there so much doubt about climate change and the effects of certain farm chemicals?

Based on a book of the same name, this movie lifts the curtain on a secretive group of highly charismatic, silver-tongued pundits-for-hire who present themselves in the media as scientific authorities — yet have the contrary aim of spreading maximum confusion about well-studied public threats ranging from toxic chemicals to pharmaceuticals to climate change.

Almost 50 percent of the food in America is thrown away.

This film explores waste from farm, through retail, all the way to the back of the refrigerator, looking at our systemic obsession with expiration dates, perfect produce and portion sizes. The story reveals the core of this seemingly insignificant issue that is having devastating consequences around the globe.

Parking: Olin Center is in the campus Quad. Parking is available along 38th Street and 7th Avenue and in visitor lots on campus.

The 1,270-acre park features spectacular views of steep limestone bluffs and river valleys with observation platforms for watching wildlife, especially which inhabit or migrate through. Hiking trails and camping are available. Mountain bike trails penetrate deep inside the park.

The park protects two state natural areas including Brady's Bluff Prairie and Trempealeau Mountain, a cone-shaped mountain surrounded by water considered by Native Americans as sacred and used as a landmark for meetings.

The park also protects the site of one of the earliest encampments by European explorers in the upper Mississippi.

A mesa on the east side of La Crosse, Grandad Bluff rises about 590 feet above the surrounding land and 1,183 feet above sea level.

Rated as one of the top 10 caves in the United States by several outdoor recreation sites, the cave offers the opportunity to hike one mile underground, view fossils about 450 million years old, see delicate and massive cave formations and — most spectacular — an underground waterfall.

The 200-plus American Indian mounds located in one of the most picturesque sections of the Upper Mississippi River Valley are considered sacred by many Americans. A visit offers the opportunity to contemplate the meanings of the mounds and the people who built them.

The mounds are called "effigy" because they are constructed in the shapes of birds, bear, deer, bison, lynx, turtle, panther or water spirits are the most common images.

Offers commanding views of the Mississippi River and its backwater sloughs, as well as an archaeologically significant site, the Aiken Mound Group. An amateur archaeologist from around 1900 documented 51 mounds including 38 long, wall-like structures, 12 conical mounds, and one thunderbird effigy. He also observed an earth ellipse or hut-ring and two circular depressions.

At the present, however, only 20 mounds can be visually identified on the ground surface. Agricultural cropping and grazing have no doubt affected the integrity of the mounds.

Map of Driftless Area of Midwest

Ready Bluff is in the driftless region near LaCrosse, Wisconsin, and LaCrescent, Minnesota.

Northern monkshood is an endangered plant that grows in the driftless region.

Most people associate prickly pear cacti with deserts, but it also grows in the dry, sandy soils of some driftless area bluffs.

When climbing the bluffs of the driftless region of the Midwest, one needs to be on the lookout for timber rattlesnakes.

The Effigy Mounds National Monument preserves more than 200 prehistoric mounds. A walk through the area invites meditation about the purpose of the mounds the people who built them.

The signature feature of Niagara Cave is this underground waterfall.

A trip to the top of Grandad Bluff in Lacrosse, Wisconsin, allows visitors to see for miles. 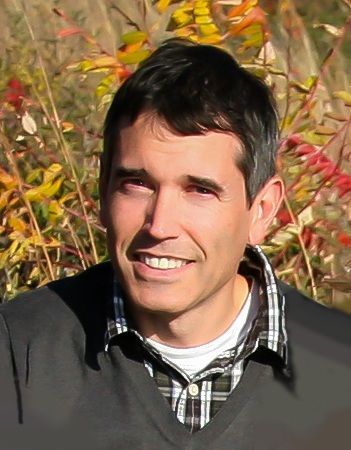