The Quad-City Times covers local news, sports, events and more from the Quad Cities Region of Iowa and Illinois.

The Quad-City Times covers local news, sports, events and more from the Quad Cities Region of Iowa and Illinois. We are a Lee Enterprises subsidiary. Today's Quad-City Times is the lone survivor of more than a century of newspapering in Davenport that saw a dozen newspapers come and go.

The Quad-City Times offers print and online advertising for all businesses sizes. Both large and small businesses have been able to find great ways to bundle our products to drive traffic through their doors.

Call today to set an appointment with one of our advertising specialists!
Its two direct ancestors -- The Davenport Times and the Morning Democrat -- managed to outlive or buy out the competition before merging with each other.

The Democrat was founded in 1848 as the Democratic Banner. The weekly paper struggled along until it was put up for sale in 1855. A group of businessmen sent a delegate to Peoria, Ill., to persuade young typesetter David N. Richardson to come to Davenport as editor and publisher.

Richardson and partners bought the business with $300 cash, promissory notes, a mortgage and $250 credit for supplies. The first issue of the renamed paper, the Iowa State Democrat, rolled off the press October 15, 1855.

The first paper was four pages, hardly more than a handbill. But it grew, soon becoming a daily and telling of the famed Charge of the Light Brigade and the marvels of the transatlantic cable between front-page ads for chickens and 10-cent shaves.

In the fourth year of publication, Richardson's brother, J.J., joined him as advertising and business manager. The brothers published the Democrat, which soon became a daily, for decades. J.J. Richardson also played an active role in Davenport politics.

Meanwhile, another paper was struggling into the daily news business -- the Davenport Gazette, founded in 1841 by two Dayton, Ohio, journalists. After many changes of ownership, the Gazette merged with the Democrat in 1887 and the new paper was known as the Democrat-Gazette.

In 1904, the Democrat-Gazette bought out another competitor, the Davenport Leader, and changed its name to the Democrat & Leader.

While the Democrat was evolving, the other ancestor of the Quad-City Times was going through changes of its own.

It was founded in 1878 as The Blue Ribbon News. The paper was purchased the next year by E.W. Brady, who changed its name to The Northwestern News. In 1886, Brady's paper went daily under a new name, The Davenport Daily Times. Brady and his sons published it for 13 years.

The Times struggled financially and was considered the weakest of the city's dailies. In 1899, C.D. Reimers and A.W. Lee, founder of what is today Lee Enterprises Inc., bought the Times for $20,000. Two years later, Lee and E.P. Adler bought out Reimers, and Adler became publisher.

After Lee died, Adler was elected president of the Lee group.

The Lee group bought the Democrat in 1915.

Many other papers lived and died between the 1890s and the Great Depression.

The Times and the Democrat outlived them all and carried on a vigorous rivalry until the mid-1960s. The Democrat switched to morning publication and changed its name to the Morning Democrat in 1951.

In 1964 the two papers were merged into the Times-Democrat, publishing morning and evening editions out of a shared newsroom. Over the decades, the two papers had occupied a half-dozen buildings before settling at 124 E. Second St.

With circulation expanding throughout the region, the name was changed to the Quad-City Times in 1974. Even so, many older residents still refer to the paper by its older names.

The Times has changed more than its name over the last two decades. In the 1970s, the Times became the first newspaper in the world to be totally electronic.

The Times and Lee also have led the development of photopolymer printing plates and lightweight presses. 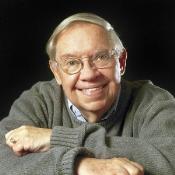 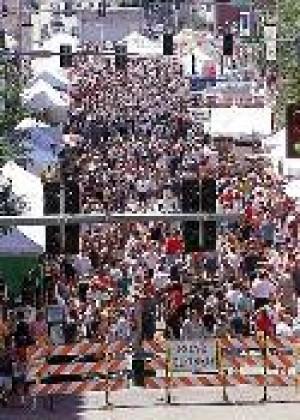 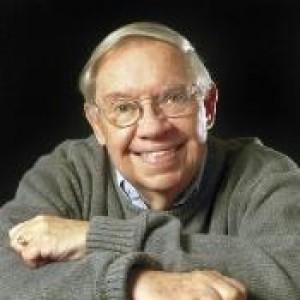