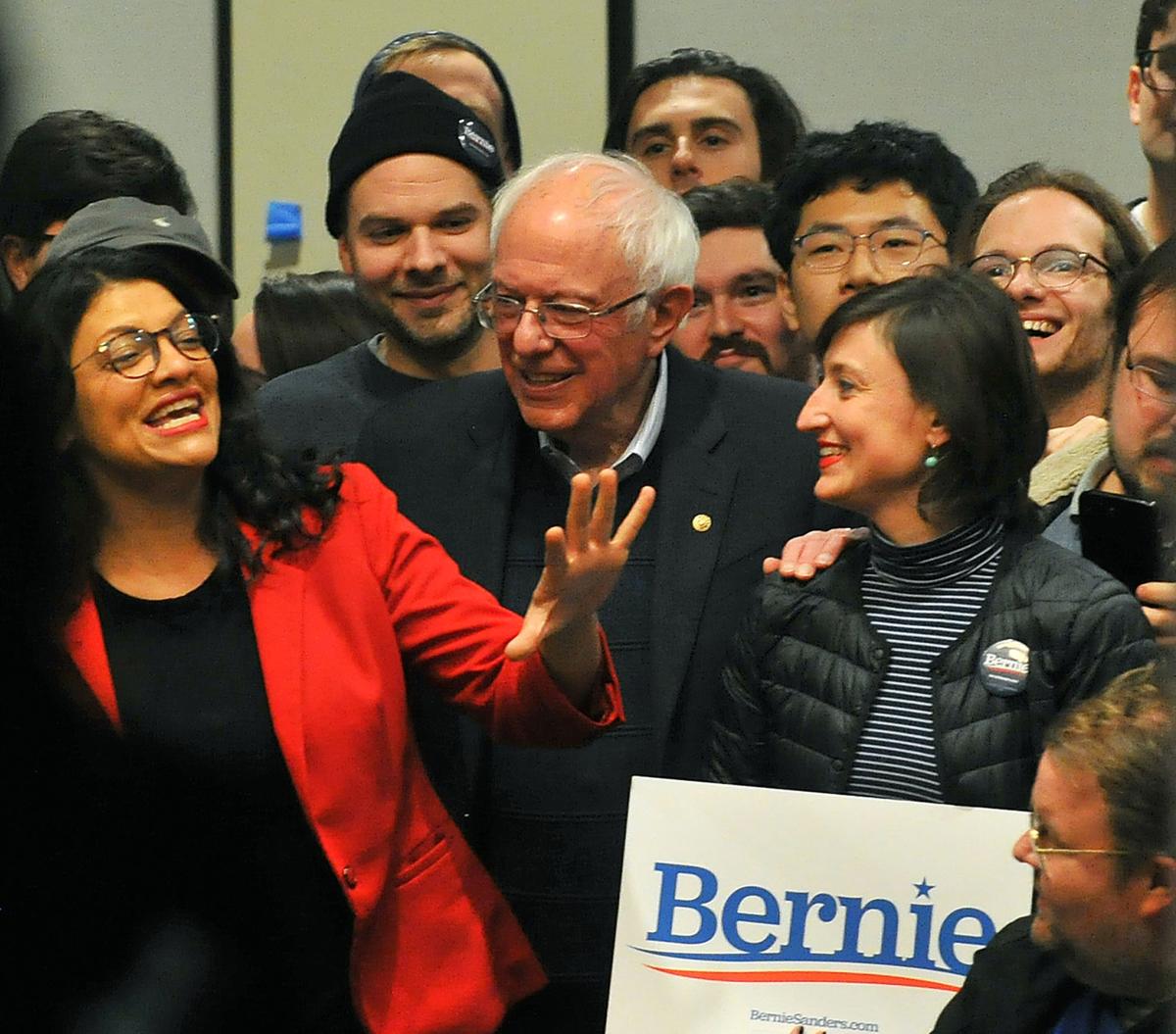 Sen. Bernie Sanders and Rep. Rashida Tlaib joke around with supporters at the conclusion of his campaign rally at the Rogalski Center, St. Ambrose University, Saturday, Jan. 11, 2020, in Davenport. 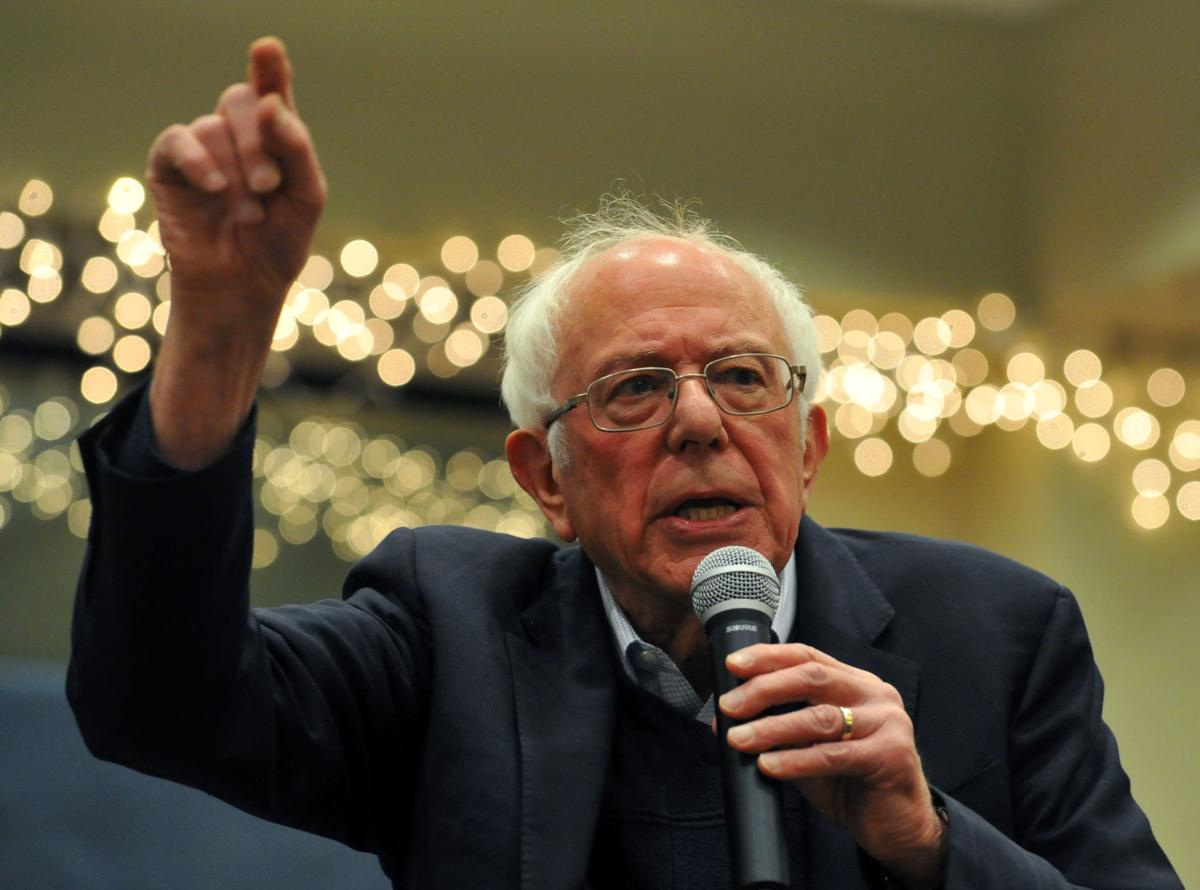 Sen. Bernie Sanders addresses the crowd during his rally at the Rogalski Center, St. Ambrose University, Saturday, Jan. 11, 2020, in Davenport. 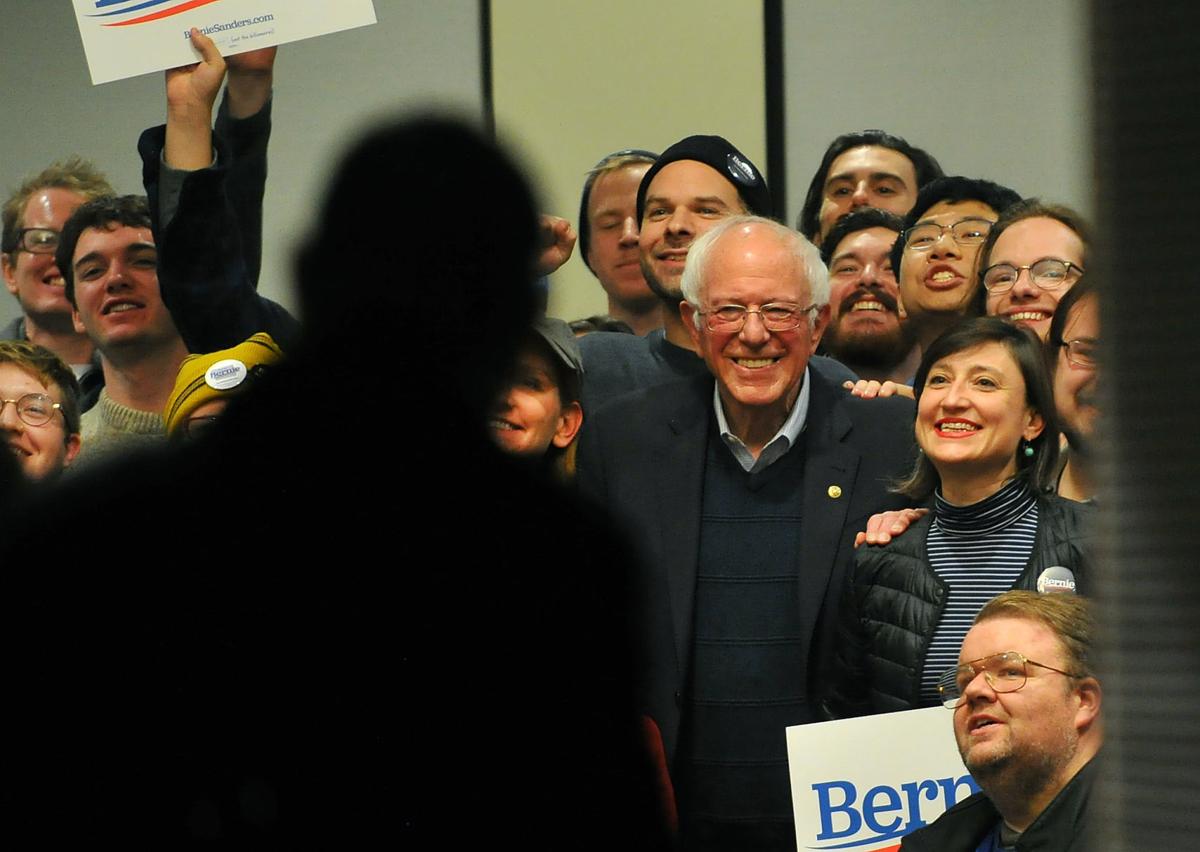 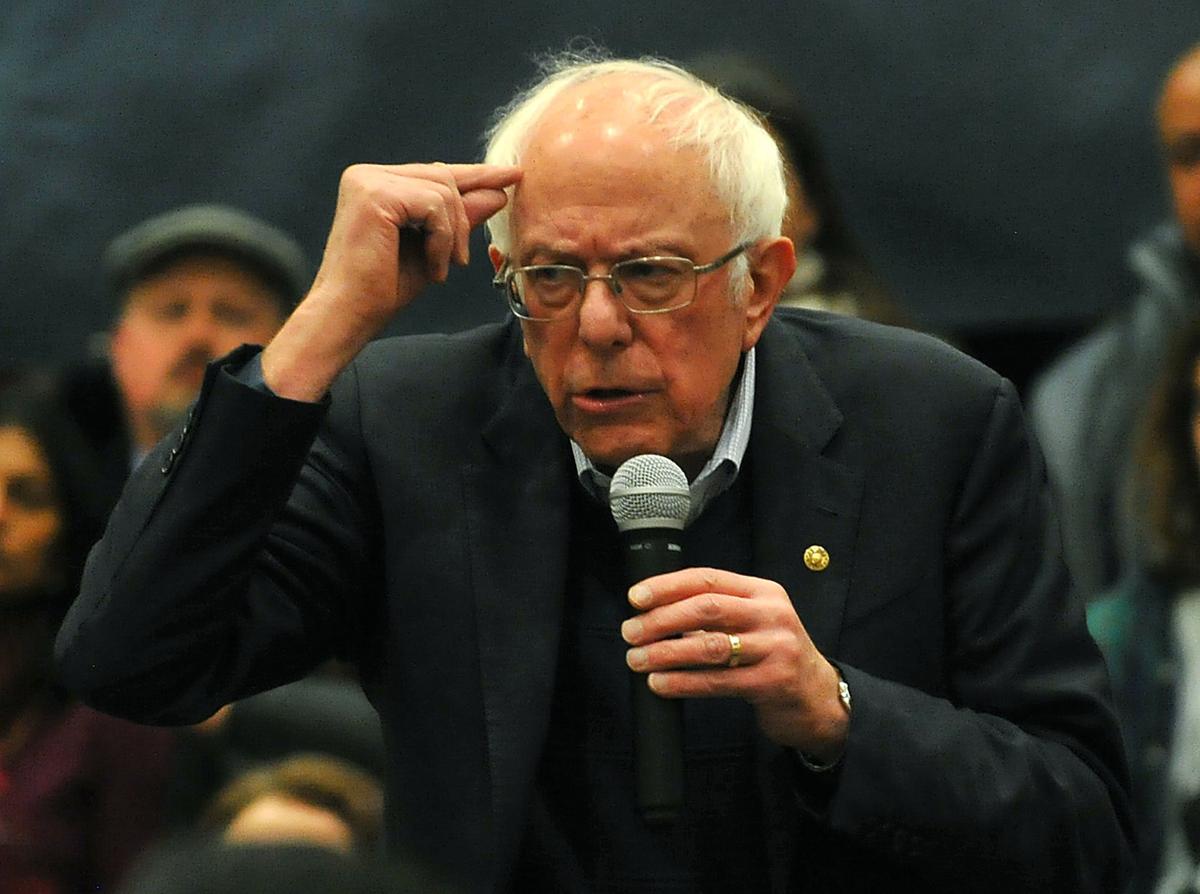 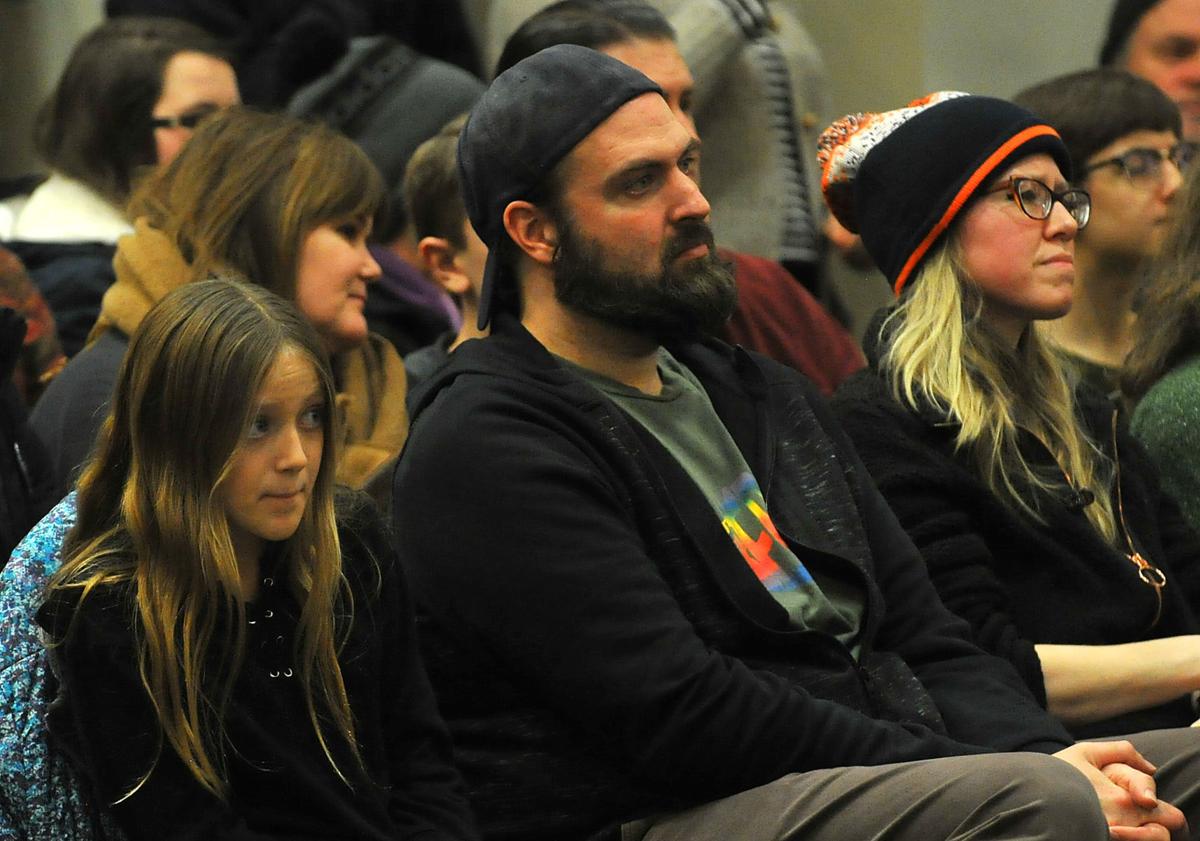 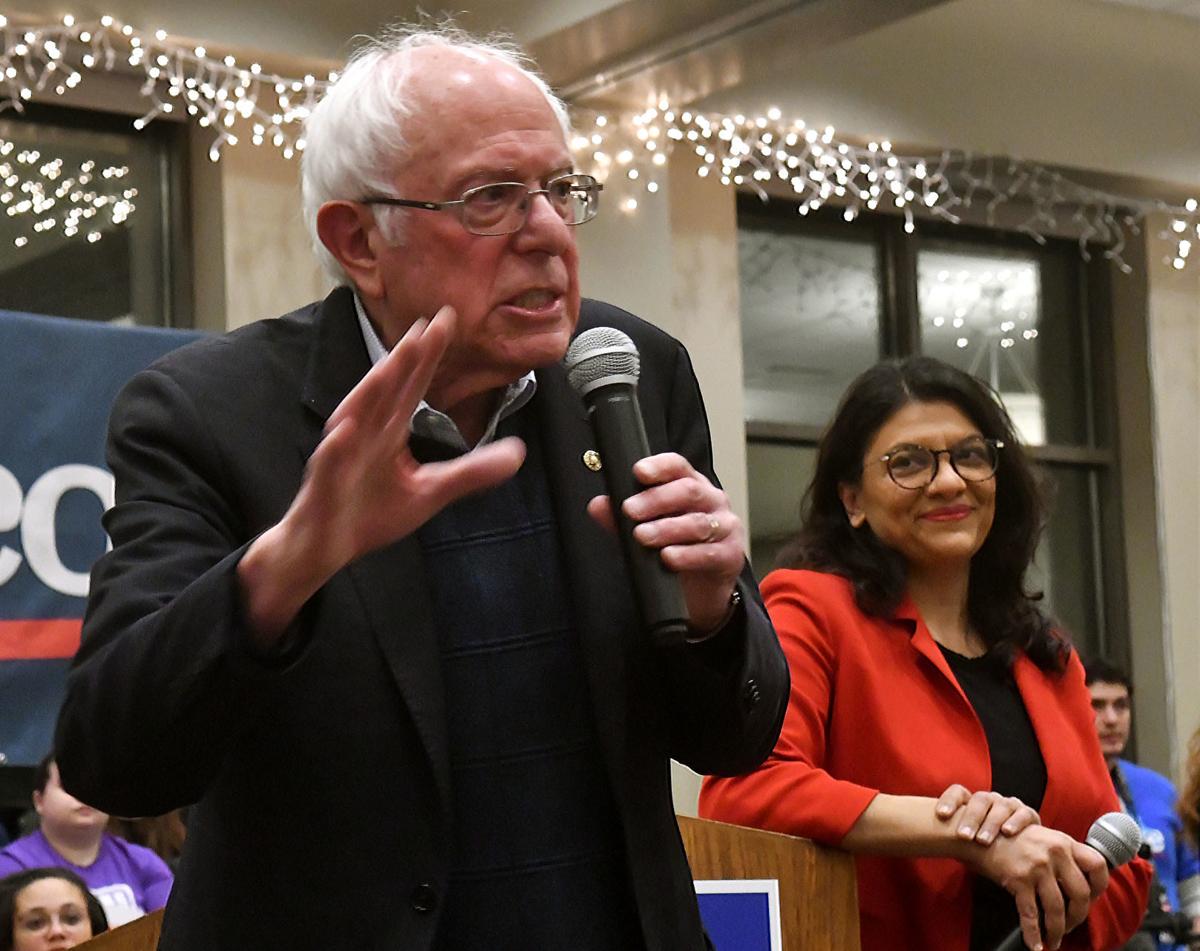 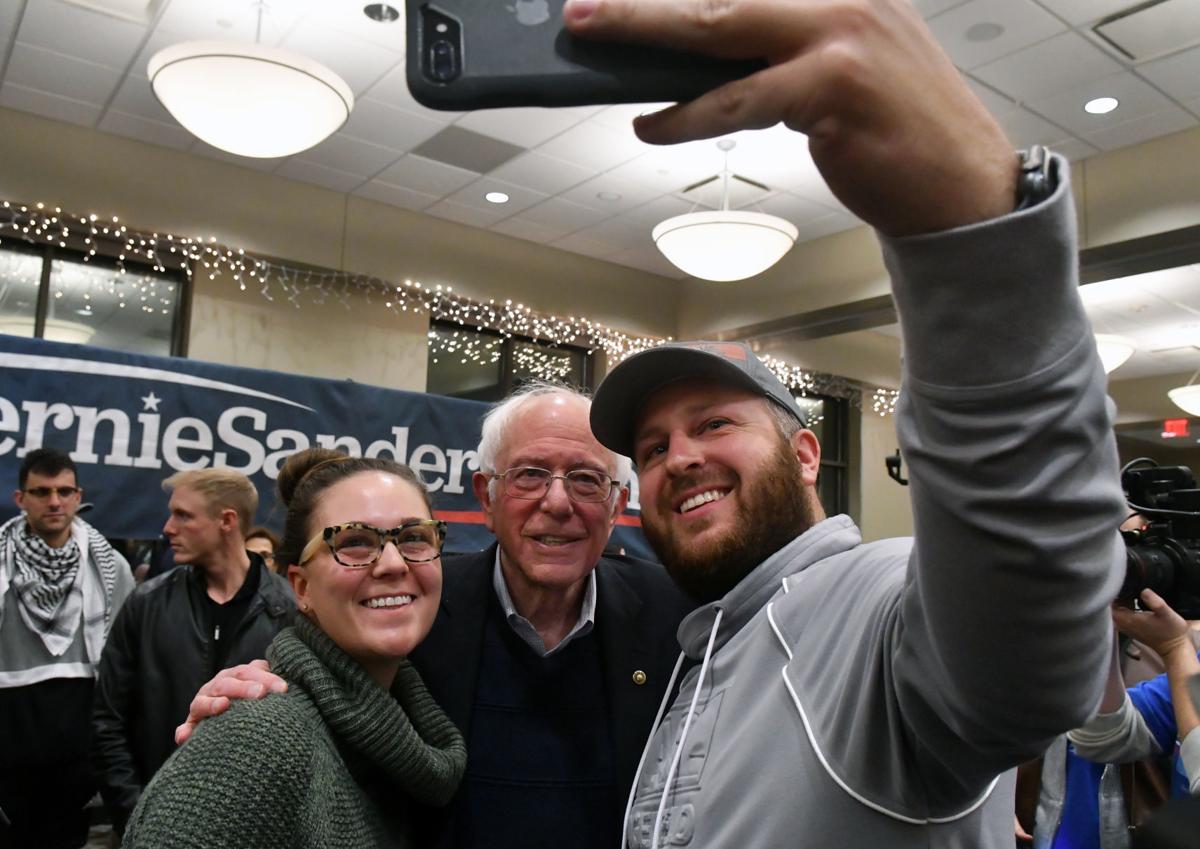 Shelby Farris and Zach Colston, both of Davenport, take a selfie with Sen. Bernie Sanders at the conclusion of his rally Saturday night with Rep. Rashida Tlaib at St. Ambrose University.

Sanders has been on a four-day campaign swing through central and eastern Iowa, but canceled events Friday in Perry and Nevada due to weather.

Sanders has surged in polls in recent days, overtaking former Vice President Joe Biden with 20% of voter support in Iowa.

"This is not just a campaign for president. This is a political movement," Sanders said to thunderous applause. "Real change never takes place from the top on down. Change takes place from the bottom on up. Nothing ever really changes until people stand up by the millions.

"It is absolutely imperative we beat the most dangerous president in modern history," he said. "Trump campaigned in 2016 as someone who would help the middle class and then proceeded to sell them out and gave 83% of benefits to the top 1%. The time is long overdue that we have an economy and government that works for all of us."

"If you work 40 hours a week, you should not be living in poverty," he said.

If elected, he promised to fight for affordable prescription drugs and eliminate insurance premiums.

"Do we have the courage to take on the drug companies?" he said. "My first week in office, I will introduce Medicare for All. As Nelson Mandela said, 'Everything is impossible until it happens.' This is not a radical idea."

Sanders' statements were frequently punctuated with loud applause and cheers, including chants of "Bernie, Bernie," while many people waved red, white and blue Bernie signs.

U.S. Rep. Rashida Tlaib, D-Michigan, introduced Sanders. Known as part of the "The Squad" in Congress, Tlaib has been traveling with Sanders on the campaign trail since endorsing him.

"Who can I help who won't sell us out?" Tlaib said. "I feel like I've already won because he's in the race. We know we need to take back our government."

Sanders was drowned out by applause when he promised to legalize recreational marijuana, expunge all marijuana convictions, end the war on drugs and end the for-profit prison system.

"As Americans, we should be embarrassed we have more people in prison than any other country. We need more jobs and better education."

He called for comprehensive immigration reform, promising on his first day in office to undo "all the racist policies implemented by Trump. Under my administration, no one will be grabbing babies from the arms of their mothers."

Sanders acknowledged Trump's looming impeachment trial is about to take him off the campaign trail.

"Next week it looks like I'll be spending a lot of time on the Senate floor as a juror in Trump's impeachment trial," he said. "I'd rather be here with you in Iowa."

Sanders exited to "Keep on Rocking in the Free World" by Neil Young, spending only a few minutes shaking hands, signing autographs and taking pictures.

Davenport resident Adam Vilmont has already committed to caucus for Sanders on Feb. 3.

"Bernie Sanders is essentially a social worker running for president," Vilmont said. "His entire platform is based on human rights, equality and social justice. The things he was saying in 2016 are now standard platform pieces. I view his attempt to run for election to be a step toward social justice for bringing attention to issues of inequality brought into the forefront of the political conversation."

Cathy Bolkcom remains undecided on who she will caucus for, but she liked what Sanders had to say.

"I like the consistency of his message over all these years," Bolkcom said. "He has been a voice for progressivism and things that a developed country ought to be doing like universal health care and taxing — fairly — the wealthy.

"People who are paying attention have decided by now this close to the caucuses," she said. "But this time it seems like so much more of a difficult choice because of how alarming things are right now in the country. It is so important who we pick here in Iowa. We are all trying to figure out who can win and beat our current president. We have so many good choices."

Sanders insists he is the strongest candidate to take on Trump

Sen. Bernie Sanders and Rep. Rashida Tlaib joke around with supporters at the conclusion of his campaign rally at the Rogalski Center, St. Ambrose University, Saturday, Jan. 11, 2020, in Davenport.

Sen. Bernie Sanders addresses the crowd during his rally at the Rogalski Center, St. Ambrose University, Saturday, Jan. 11, 2020, in Davenport.

Shelby Farris and Zach Colston, both of Davenport, take a selfie with Sen. Bernie Sanders at the conclusion of his rally Saturday night with Rep. Rashida Tlaib at St. Ambrose University.