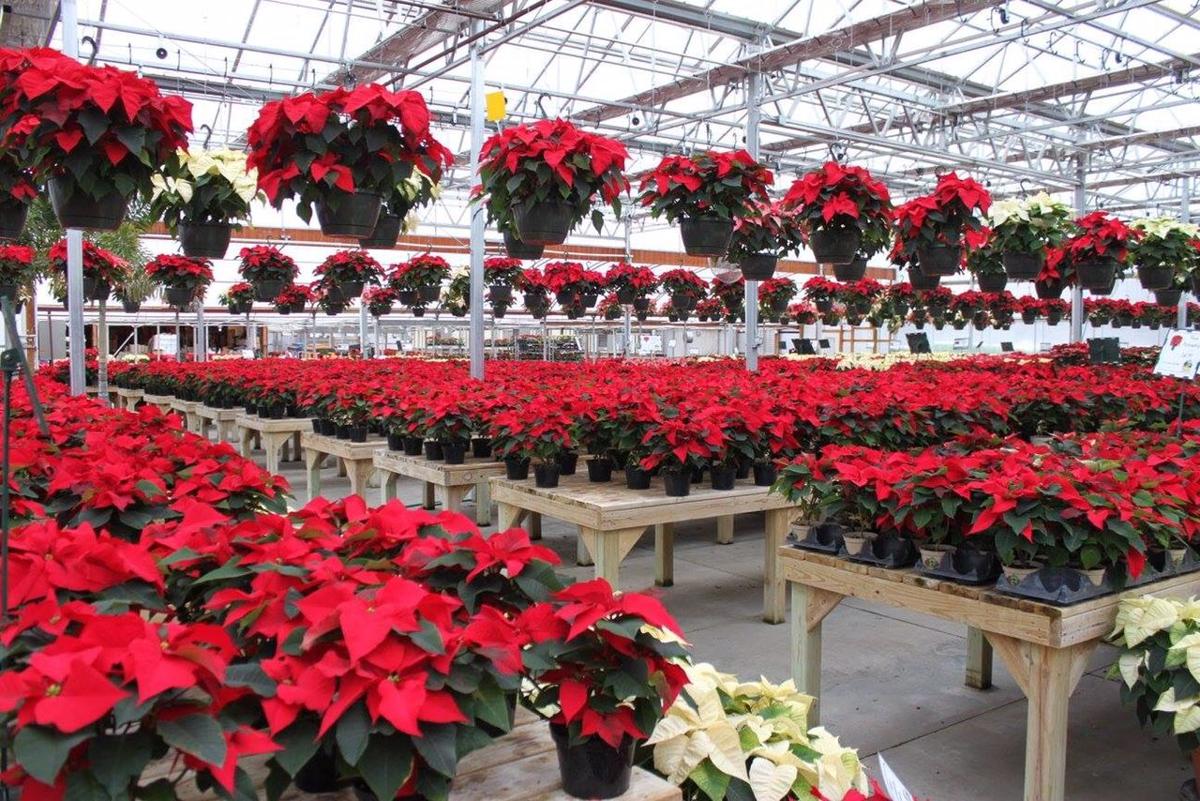 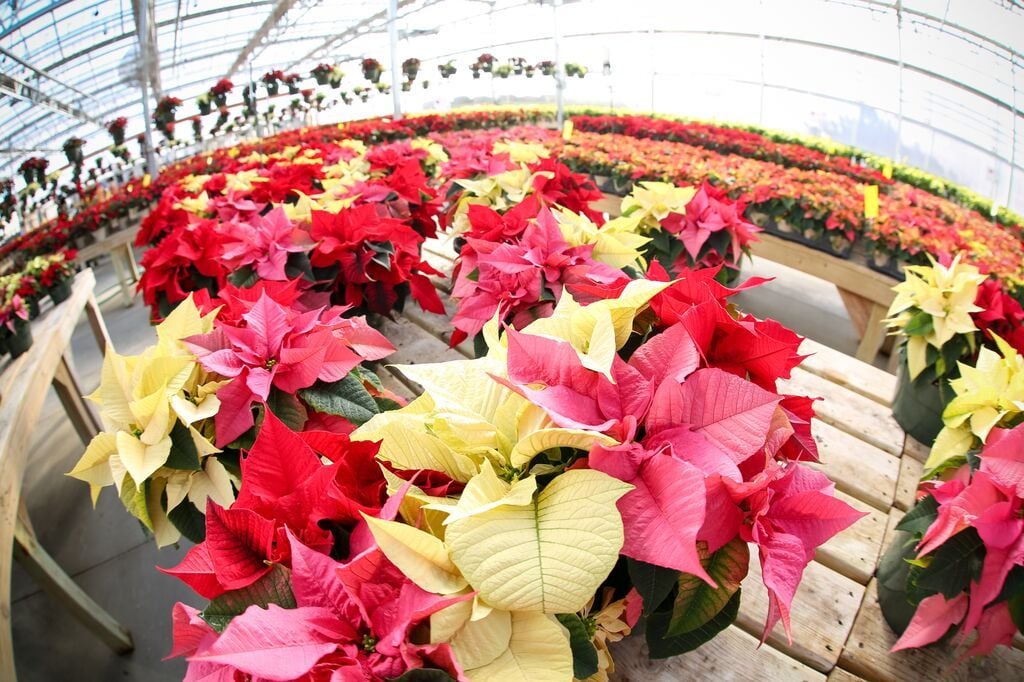 December 12 was National Poinsettia Day. Most people don’t know that; the same way that they don’t know thattoday is National Cocoa Day, National Violin Day and the National Day of the Horse. Poinsettia day has had significance for me since childhood. As a kid, I walked down the greenhouse aisle, year after year, through thousands of poinsettias in red, pink, white and various speckled combinations.

Now, I hurry through the aisles chasing my pre-schooler as he admires the red flowers. Though he calls them geraniums, I can see that he thinks they are beautiful, as I did at his age. Next step is to fix the naming problem. They are definitely not geraniums but should we teach him to say Poins-set-ah or Poin-set-ee-ah?

Poinsettias have been the traditional Christmas flower since the early 1900’s but few people know these interesting facts, care tips and trivia.

1) Color is King- Of the 34 million plants sold in the USA every year, nearly 75% are red. White takes second place, followed by pink and specialty colors. Poinsettias are grown in all 50 states.

2) History and Roots- The poinsettia is native to Central America and Southern Mexico. People in the U.S. were unaware of this plant until Joel Roberts Poinsett was appointed as the first United States ambassador to Mexico by President James Madison. He brought the plant back to his South Carolina plantation in 1828.

3) Toxic or Touchable- Poinsettias are not poisonous! Toxicity of poinsettias is a common and persistent myth that is not true. A 50 pound child would have to ingest 1.25 pounds (about 500-600) leaves) to exceed experimental doses recommended by POISINDEX, the resource used by the Poison Control Center.

4) More than Just a Pretty Face- The perfect holiday gift. Give one as a teacher’s gift, hostess gift, holiday centerpiece or use it to add cheer to any room. The perfect plant to add a bright spot of color to a hospital room or nursing home.

5) Show Some Love- The poinsettia thrives on indirect, natural daylight. Exposure to at least six hours daily is recommended. To prolong the bright color, daytime temperatures should not exceed 70 degrees Farenheit. Avoid placing near drafts, excess heat or dry air. Poinsettias like moderately moist soil. Water thoroughly when the soil surface feels dry to the touch. Do not allow to sit in standing water.

The dictionary tells us to pronounce it as Poin-set-ee-ah but any greenhouse grower will say Poin-set-ah, either way, we should all have one, because the geraniums won’t be ready for five months.