Virus review: American deaths surpass 100,000 — What does a number mean?

Annual coyote hunt for conservation a growing success
Share this
× 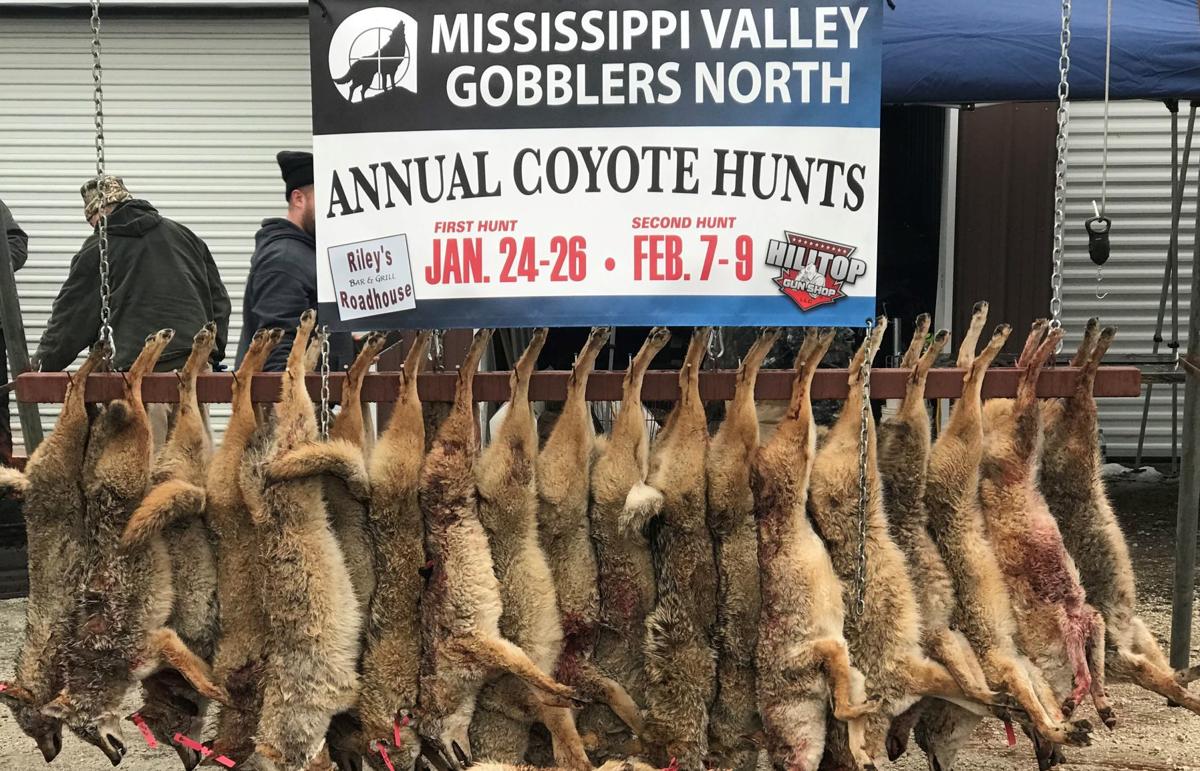 FILE: The Mississippi Valley Gobblers North put on a successful weekend hunt once again, with conservation of other game animals the focus of the hunt.

Everyone around Illinois is familiar with fishing tournaments and big buck contests, but many outdoorsmen may not be aware that coyote hunting events are becoming more popular throughout the state.

Since 2014, the Mississippi Valley Gobblers North Chapter of the National Wild Turkey Federation has been conducting such a hunt, and the event continues to grow.

“Around the area during deer season, if you didn’t get your deer right away, the coyotes would get them within a couple hours, ruining a lot of deer,” explained Dale Klavon, Port Byron, co-initiator of the hunt.

He, along with Cord Brandt of Hillsdale, approached the Mississippi Valley Gobblers North Chapter with the idea that a coyote hunt should be put together to lessen the problem and maybe help out some of the other area wildlife in the process. With the chapter’s approval, the first hunt was scheduled.

“The first year we had 13 hunters and brought in a handful of coyotes," he said. "Every year has gotten larger though, with a record 98 coyotes harvested in 2019.”

To say it is expanding might be a slight understatement. Even though 2019 was a record with 98 harvests, 2020 started out with 34 of the 128 registered hunters harvesting 105 animals during the first weekend. Along with the 55 taken during the second weekend, 2020 was a huge year for the event.

While many contests like these can bring a negative reaction from the general public, I was thoroughly impressed with the seriousness of the check station. Each coyote brought into the station was checked in a similar fashion as the old deer check station the Illinois DNR used to conduct. Each coyote was lengthened, weighed, sexed, and its tail length was recorded. According to Klavon, they have a record of every animal harvested during an event since the beginning of the organized hunts. A fur buyer was on the scene to take possession of any coyotes the hunters chose to sell, assuring the hides would not go to waste.

Also noteworthy was the number of women hunters participating. In fact, women hunters dominated the raffle afterwards, as a half dozen guns were raffled off, along with several other prizes courtesy of Hilltop Gun Shop in Colona. It was also announced that 100% of raffle proceeds would be used for the 2021 event.

Overall, this professionally run event was a great example of local outdoorsmen taking the initiative to solve a problem that many of us have had in our hunting careers.

The 2020 speakers include Troy Linder, Tommy Skarlis, Steve Quinn, Scott Peterson and Jim Crowley, all of whom are nationally renowned fishermen and speakers. Numerous local vendors will be on site with the latest tackle, gear, and local knowledge of our Quad-Cities natural resources. There are plenty of activities for the entire family. Kids younger than 6 receive free admission, children ages 6 to 15 get in for just $1, and adult admission is $6.

For more information on admission and tickets, hours of operation, or a schedule of the speakers and their topics, visit www.qccaexpocenter.com.

Kurt Kreiter remembers it as though it happened yesterday.

Durant's Willkomm has plenty of reasons to look ahead

DURANT, Iowa — Jake Willkomm saved one of his best performances for last in 2019.

Iowa prepares for return of athletes

Plans are in place for Iowa coaches and athletes in three sports to begin returning to campus starting next Monday.

Kreiter has great memories both in sports and classroom

Over the course of 33 years as a teacher, coach and administrator at Central DeWitt High School, Kurt Kreiter has collected many fond memories.

(The Quad-City Times is rerunning some of Don Doxsie's most memorable columns from the past. This column originally appeared in the Times on M…

Iowa volleyball will forfeit 33 wins as part of NCAA penalty

It has been 72 days since one of the nation’s last live high school sporting events transpired, the Iowa Class 4A boys’ state basketball champ…

For those of us who struggle to trim a pound or two off our waistlines, it’s always amazing to hear stories of NFL players — mostly offensive …

Tateum Park has never been afraid to be an outsider. She played football against the boys for several years growing up. She competed on the Da…

FILE: The Mississippi Valley Gobblers North put on a successful weekend hunt once again, with conservation of other game animals the focus of the hunt.