Another ninth-inning comeback didn’t deliver a win for the Chicago Cubs.

Rather, Wednesday’s 3-2 loss to the St. Louis Cardinals highlighted some of the concerns and issues for a team trying to get back to .500 as the trade deadline moves another day closer. Three moments standout from the loss, and with them, three thoughts on the game.

1. How serious is Kris Bryant’s ailment?

A prime moment arose in the 10th inning Wednesday for manager David Ross to use Kris Bryant off the bench. Bryant exited Tuesday’s game with right hamstring fatigue and subsequently wasn’t in the starting lineup.

With two runners on and two outs in the 10th with a left-hander on the mound for the Cardinals, Ross turned to backup catcher Robinson Chirinos to pinch hit for the pitcher rather than Bryant. Chirinos flew out to end the inning and, with only Bryant left on the bench, the Cubs had to get creative defensively. Chirinos stayed in to play second base, Nico Hoerner shifted to third base and Patrick Wisdom moved to right field.

The Cubs have good reason to be extremely cautious with Bryant’s situation with the July 30 trade deadline days away. Even so, it’s fair to wonder what’s going on with Bryant and what Ross described as heavy legs.

It was on Ross’s radar going into Tuesday’s game that Bryant was dealing with hamstring fatigue/heavy legs and believed it would have been irresponsible if he didn’t listen to feedback from Bryant and Cubs trainers, thus pulling him from the game. Ross had already identified Wednesday as an off day for Bryant, but he seemed optimistic pregame Bryant would be available off the bench.

Managers tend to be cautious when discussing who may or may not be available off the bench or in the bullpen. Sometimes that’s for competitive advantage reasons and others because the team is still gathering information about a player’s situation — workload or health — before a game. So that should be kept in mind whenever a manager is asked about a player’s availability for that day’s game. Ross indicated during his pregame availability Wednesday that he talked to Bryant, who told him he felt fine, but that was before the Cubs star went into the training room for pregame work.

“I think in my mind, he will be available off the bench today and be in there tomorrow (Thursday),” Ross said. “But we’ll assess that as he gets through all the stuff from the trainers and get their feedback.”

Perhaps Ross was trying to be positive about Bryant’s status. Ultimately, Bryant wasn’t available and Ross didn’t know whether he would play in Thursday’s series finale.

“I haven’t talked to him,” Ross said after the loss. “I just knew he wasn’t available for the game.”

Thursday should provide further clarity about Bryant’s status and the level of concern for his absence.

Since he returned to the Cubs lineup after missing three games with lower back tightness, Rizzo is 12 for 55 (.218) in his last 15 games, including an 0-for-5 performance in Wednesday’s loss in which he left eight on base. He has a .328 on-base percentage in this stretch, thanks in part to getting hit by six pitches. Rizzo has looked off but said after the game his body feels fine.

Compounding his struggles at the plate: a baserunning miscue in the 10th that likely cost the Cubs from scoring the go-ahead run.

Rizzo had advanced to third on Javier Báez’s leadoff single to kick off extra innings. Ian Happ followed with a ground ball up the middle for a would-be 6-4-3 double play. Instead, the Cardinals got a force out at second and then tagged out Rizzo after he belatedly took off for home and got caught in a rundown. The Cubs eventually came out of the 10th failing to score the go-ahead run before getting walked off in the bottom of the inning.

Afterward, Rizzo said he froze on the plate and should have gone home right away when the ball was put in play.

“I’ve just got to stay out of the double play there and I didn’t. That’s on me,” Rizzo said. “I messed up. It’s a bad feeling.”

Regardless of their record or division standing, the Cubs need more out of Rizzo. He knows his production isn’t where it needs to be, and the baserunning gaffe puts a brighter spotlight on his recent struggles. At one point Wednesday, Rizzo opted to forgo his batting gloves for an at-bat to try to help him relax a little bit at the plate. Rizzo said his work before the game was the best he’d felt lately, but it didn’t carry over into game action.

“When you get into ruts you do whatever it takes, but there’s a routine I have and just keep sticking to that and keep grinding.”

3. A lack of support from offense and defensive mistake creates a small margin of error for Kyle Hendricks.

Right-hander Kyle Hendricks deserved a better fate in the loss.

Hendricks pitched well, throwing six scoreless innings but a throwing error set up the Cardinals in the seventh. Catcher Willson Contreras airmailed a throw to first on Paul DeJong’s leadoff infield hit on a ball softly hit in front of the plate. A bunt pop out kept DeJong at second, but a Harrison Bader double off Hendricks and a Dylan Carlson double off reliever Andrew Chafin put the Cardinals ahead in the seventh.

Both runs were charged to Hendricks, who otherwise kept St. Louis in check with three strikeouts and zero walks. It shouldn’t have gotten to that point, though. The offense had ample opportunities against Cardinals pitchers but finished 1-for-14 with runners in scoring position and left 12 on base.

“We put ourselves in a situation where we’ve got to be perfect, and we’ve got to give him some more runway there,” Ross said. “He’s throwing as good as he can throw. ... That was a night where you really felt like you could let him.”

Hendricks has been one of the few bright spots for the Cubs this season, particularly over the past month. He’s posted a 2.65 ERA in his last 15 starts; the Cubs are 11-4 in those games, dropping two of his previous four outings in which he surrendered one run ( July 4) and two runs (Wednesday), respectively. There’s not much more the Cubs can ask from Hendricks, even though he still believes he can pitch better. While the Cubs have quickly moved into the territory where the organization’s big-picture future overshadows hopes they can get back into the division race, Hendricks remains a reliable force in the rotation.

Sign of the times: Despite being No. 1 nationally, Cards have lost nearly half their TV households from six seasons ago.

In three full seasons as manager, Mike Shildt led the Cardinals to a postseason berth each year. His firing comes a week after team expressed confidence in coaching staff.

The Quad Cities River Bandits have a long history of going to bat for the children’s health initiatives provided by Genesis Health Systems.

Two out, pressure’s on: After firing his second homegrown, hand-picked manager, Mozeliak’s next choice a defining one for Cardinals

A winning team with returning stars had momentum building for 2022 before the sudden dismissal of manager Shildt allowed frustrations, questions to surface.

Here's why Carter Hawkins’ background in player development — and a 5-hour dinner conversation — made him Jed Hoyer’s choice as the new Chicago Cubs general manager.

The Quad Cities River Bandits have a long history of going to bat for the children’s health initiatives provided by Genesis Health Systems. 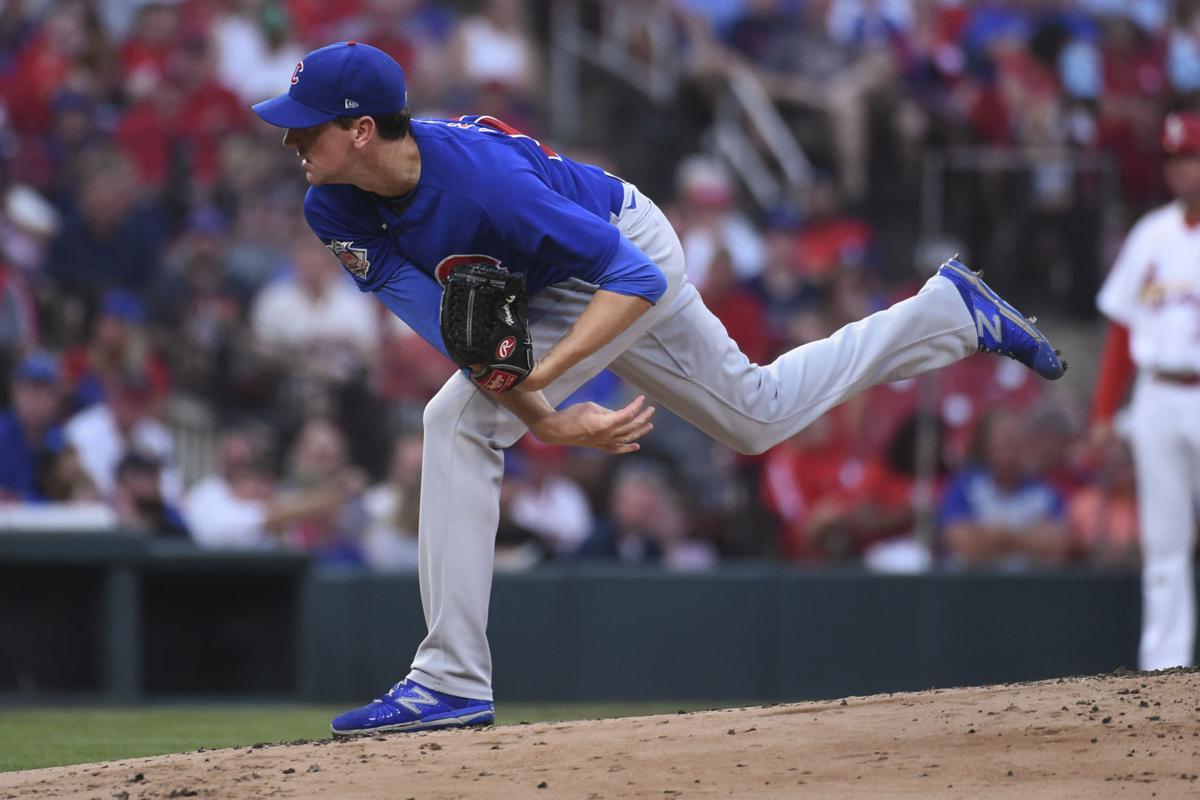 Chicago Cubs starting pitcher Kyle Hendricks throws during the first inning of a baseball game against the St. Louis Cardinals on Wednesday, July 21, 2021, in St. Louis. 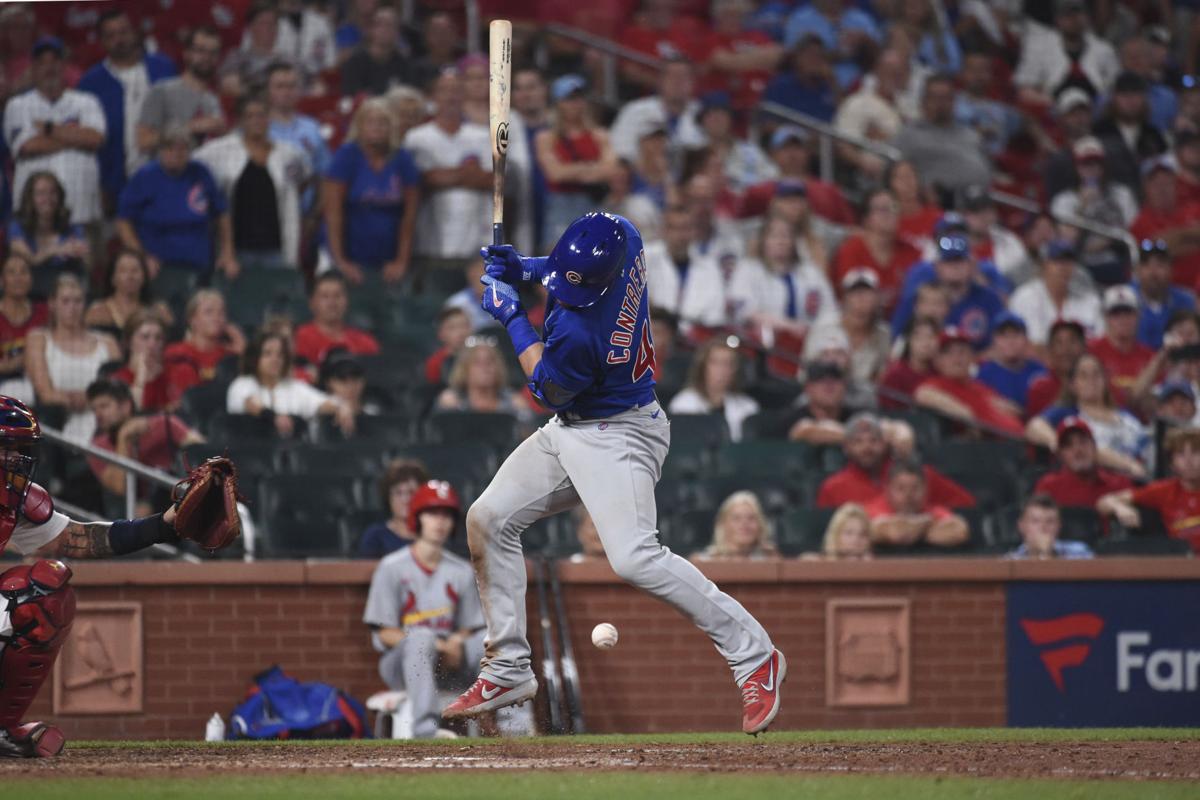 Chicago Cubs' Willson Contreras is hit by a pitch during the ninth inning of the team's baseball game against the St. Louis Cardinals on Wednesday, July 21, 2021, in St. Louis. 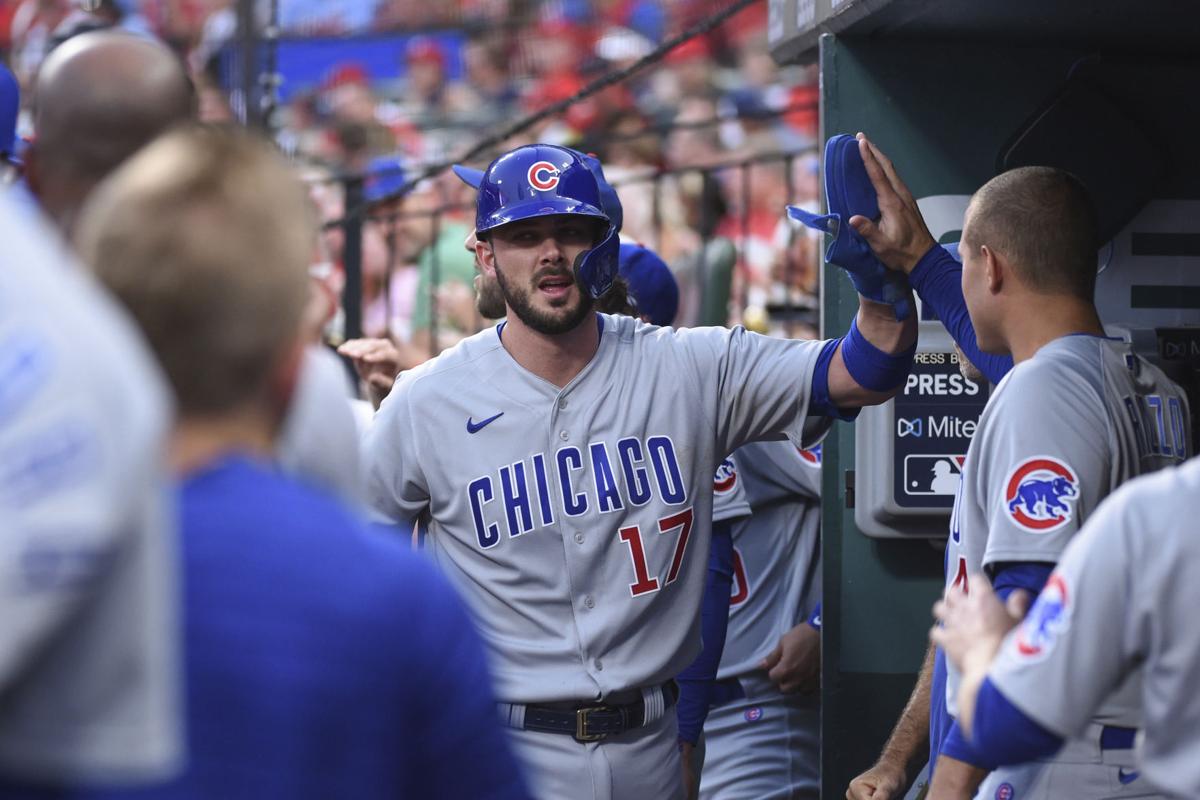 Chicago Cubs' Kris Bryant is congratulated after scoring during the second inning of the team's baseball game against the St. Louis Cardinals on Tuesday, July 20, 2021, in St. Louis. (AP Photo/Joe Puetz)