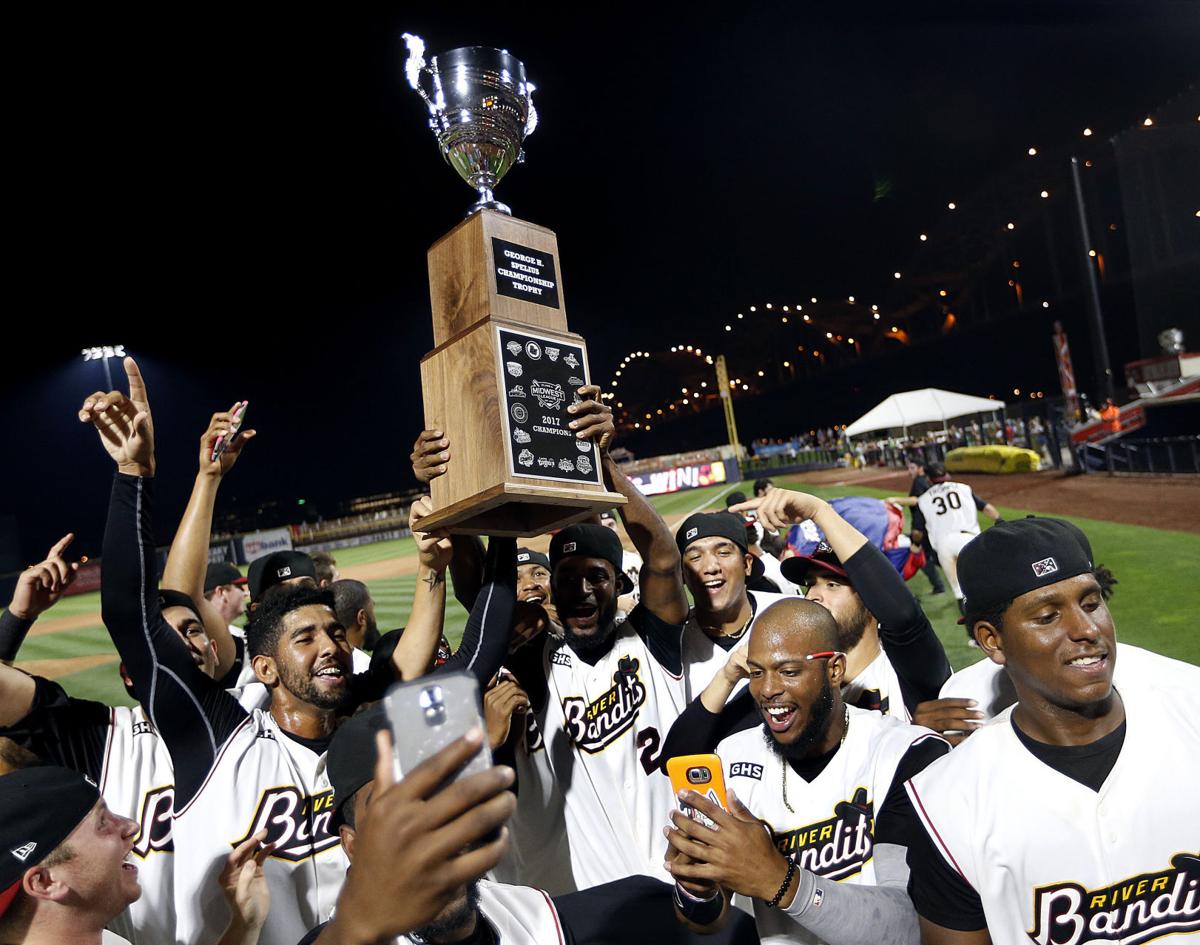 The Quad Cities River Bandits celebrate their championship win over the Fort Wayne TinCaps in the third-and-deciding game of the 2017 Midwest League Championship Series. 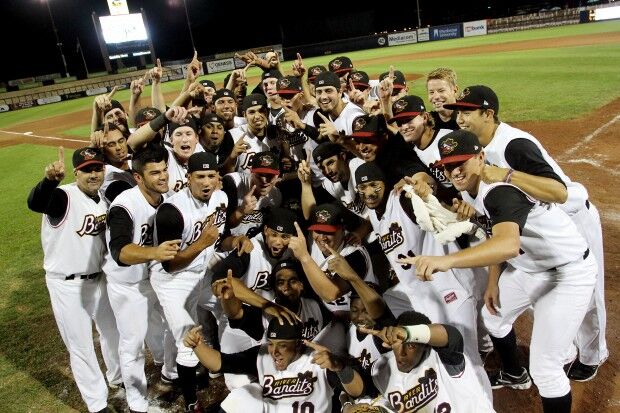 In its 60-year history, six major-league baseball teams have sent their prospects to the Quad-Cities to play in the Midwest League.

That number may grow when minor-league baseball returns to Davenport’s Modern Woodmen Park.

The River Bandits’ latest two-year player development contract with the Houston Astros expires this year even though the 2020 minor-league season was never played.

Under a fluid plan Major League Baseball has to reorganize the minor leagues throughout the country, geography would become a major factor in how teams are paired and that ultimately could lead to a change for the Quad Cities club.

No matter how the Midwest League is structured — and the league could see both a reduction in the number of teams and in the level of baseball it plays — the River Bandits could find themselves with a new parent club moving forward.

Quad Cities owner Dave Heller said if nothing else, he expects change in the process.

"One of the things (Major League Baseball) has said is that it will assign affiliates, which is different from where we are now with a sort of ‘I like you, you like me, let’s team up’ approach," Heller said. "We would no longer have a say in it. It would simply be a team being assigned to us."

Houston has been the River Bandits’ major-league parent club since 2013 and has fielded six winning teams in the seven years it has been in the Quad-Cities.

During that time, the River Bandits have won Midwest League championships in 2013 and 2017 and reached the playoffs five times while compiling a 554-440 record that includes a 15-5 mark in postseason games.

Current Astros major-league standouts Carlos Correa, Alex Bregman and Lance McCullers were among talent-rich teams that played in the Quad-Cities during recent seasons.

Heller sees some value to geography being part of the affiliation equation but said unless a minor-league team can align with a neighboring major-league team it has only minimal impact on fans who attend games.

"Our hope is we have an affiliate that makes sense from a geography standpoint," Heller said. "If it were to be a Midwestern team, it would give fans a chance to easily follow players as they move up."

Over time, the Quad Cities franchise in the Midwest League has had affiliations with four Midwest-based major-league teams.

The club has also been affiliated with the California Angels from 1962-78 and 1985-92 and, prior to its current affiliation with the Houston Astros that started in 2013, it was also an Astros farm club from 1993-98.

For the Quad Cities River Bandits, the price to stay in the game of affiliated minor-league baseball includes expanded and renovated clubhouse…

The Quad Cities River Bandits celebrate their championship win over the Fort Wayne TinCaps in the third-and-deciding game of the 2017 Midwest League Championship Series.