Joe Kubly, named the Pioneer League executive of the year in 2018 for his work as president and general manager of the short-season Grand Junction Rockies, will begin work later this month, River Bandits owner Dave Heller confirmed Monday.

“We were happy for Joe when he earned the opportunity to leave for Grand Junction four years ago to become the president and general manager of that organization and we’re even happier now to welcome him back to the Quad-Cities,’’ Heller said.

Kubly moves into a role filled for the past year by Jacqueline Holm, who Heller said has been offered another position on the River Bandits' staff with no change in compensation or benefits.

“That will be her choice to make and we will respect whatever decision she chooses,’’ Heller said. “Jacqueline is a very talented person and we only want the best for her. ’’

Kubly, a Forreston, Illlinois, native who worked in the River Bandits front office in 2014 and 2015, left the Quad-Cities for the position he has held in Grand Junction the past four years.

The organization Kubly led is a short-season affiliate of the Colorado Rockies and it experienced increased attendance, sponsorships and concessions sales in each of his years in Grand Junction.

Heller, who owns the Billings franchise in the Pioneer League, said he has watched Kubly grow in his role throughout his tenure with the Rockies’ affiliate.

“He’s done a superb job with the Grand Junction team and when we had the chance to get him to become the general manager for Quad-Cities, it was something we wanted to do,’’ Heller said. “We’re super excited about what he brings to our organization and what he can do to have him take us to the next level.’’

Kubly will begin his job with the River Bandits next Monday, representing Quad-Cities at Midwest League meetings hosted by Fort Wayne.

He will be formally introduced by the River Bandits at a press conference at Modern Woodmen Park on Oct. 23.

“Being from Illinois, and engaged to a woman from the Quad-Cities, it’s great to be coming home, working with Dave Heller and becoming an integral part of the fabric of the Quad-Cities,’’ Kubly said in a statement announcing the move.

Prior to joining the River Bandits staff in 2014, he worked in ticket sales for the Atlanta Hawks in the NBA and worked as a group sales coordinator and corporate marketing manager for the Oklahoma City Dodgers of baseball’s Pacific Coast League.

Kubly spent the 2014 season as the director of group sales for the River Bandits and was director of sales and ticketing for Quad-Cities in 2015.

“Joe understands what it means to be a River Bandit,’’ Heller said “He has an infectious personality and understands our philosophy of putting the fans first and the commitment we have to charitable causes throughout the Quad-City area.’’

Holm, a Sugar Land, Texas native, has been with the River Bandits since January, 2016, when she was named the organization’s vice president of ticketing.

She was promoted to assistant general manager in March of that year and was named the general manager of the River Bandits following Andrew Chesser’s decision to leave the team one year ago this month. 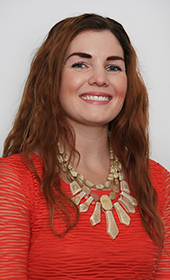 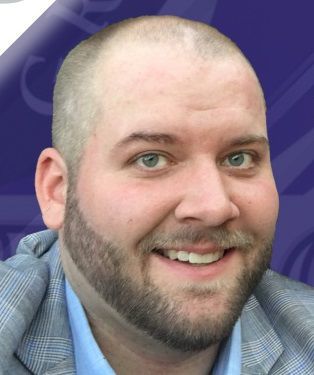