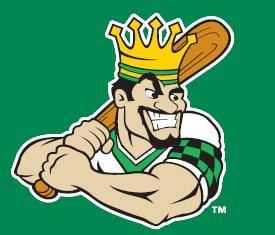 Baseball fans in Clinton will continue to have a chance to root, root, root for the home team at NelsonCorp Field in the summer of 2021.

The Clinton LumberKings and Burlington Bees franchises, left out of a restructured minor-league baseball setup organized by Major League Baseball, were named Wednesday as the newest members of the Prospect League.

The collegiate wood-bat league has operated with 16 franchises stretching from Missouri to Pennsylvania in recent years. The closest existing Prospect League franchises to the two longtime Midwest League franchises are located in Quincy, Normal and Danville, Ill.

“This is the best fit for our organization of all of the other leagues out there. From a geographical standpoint and a financial standpoint, it’s the one that made the most sense,’’ Tornow said. “The other option would have been to go out of business and this community has demonstrated that it wants baseball.’’

Clinton was forced to consider its options when it ended up among a group of 43 minor-league franchises eliminated when Major League Baseball followed through on a plan to trim the number of minor-league clubs from 160 to 120 as part of a restructured developmental system.

Burlington and Kane County from the Midwest League were also among franchises cut and Bowling Green's franchise is being shifted to another league as part of structural alignment changes that are still being finalized.

While Burlington joined Clinton in announcing its move to the Prospect League on Wednesday, Kane County has not yet announced its plans.

“Going back to when contraction was first being discussed, we promised that we would do everything we could to keep baseball in Clinton not only now, but well into the future,’’ Tornow said. “Today, we delivered on that promise.’’

Tornow said fans will see top-level professional prospects that are in the midst of their college careers.

Dennis Bastien, commissioner of the Prospect League, welcomed a franchise that has been in operation as a Midwest League franchise since 1956 to the league he oversees.

“Having known Ted Tornow for over 30 years, I personally know they will present one of the highest-quality operations in our league,’’ Bastien said in a statement. “The iconic ballpark there is one to cherish and we look forward to visiting Clinton.’’

Like the minor leagues, the Prospect League did not compete in 2020 because of the COVID-19 pandemic. In 2019, league teams split a 60-game schedule beginning in late May and running through the second week of August evenly between home and road games.

The league has meetings scheduled this weekend to formulate its plan for the 2021 season.

Tornow said the LumberKings organization typically has hosted around 100 events each year at NelsonCorp Field and will look for additional opportunities with a shortened league season.

He said the team will likely seek additional high school and college baseball games and could also expand the number of high school football games that are played at the facility in future years.

“We’re certainly going to be open to doing more events. We’ve had to turn away some high school games in the past because of Midwest League obligations and now we will have those dates available,’’ Tornow said. “We’ll work to keep this a very busy place to be. I would anticipate that we could end up with 75-to-80 events. This is something that can work for us.’’

In deciding to eliminate existing minor-league teams, Major League Baseball indicated it would work with impacted clubs to help ensure that baseball remained an entertainment option in those communities.

Morgan Sword, the executive vice president of baseball operations for Major League Baseball, said in a statement that the LumberKings’ move to the Prospect League helps fulfill that promise.

Bandits break out the bats in home opener

After largely sitting empty for the past 20 months, the basepaths at Modern Woodmen Park got a workout Tuesday.

The River Bandits hold Cedar Rapids without a hit over the final six innings to win their sixth straight game, a 5-4 victory Thursday at Modern Woodmen Park.

With COVID-related restrictions being eased, fans can again purchase the closest seats to the action and will no longer have to wear a mask to watch the Quad Cities River Bandits play.