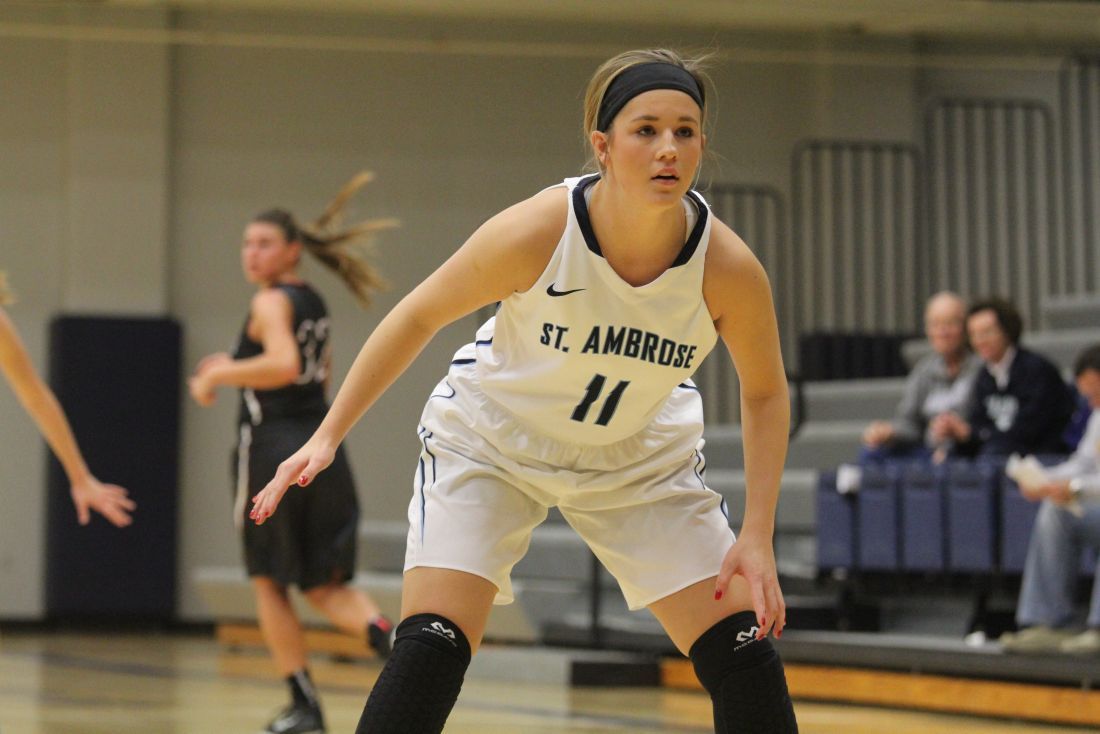 St. Ambrose guard Deanna Busse was named Tuesday to the Allstate WBCA Good Works Team for her efforts as the founder and leader of the Love Your Melon Crew on the St. Ambrose campus. 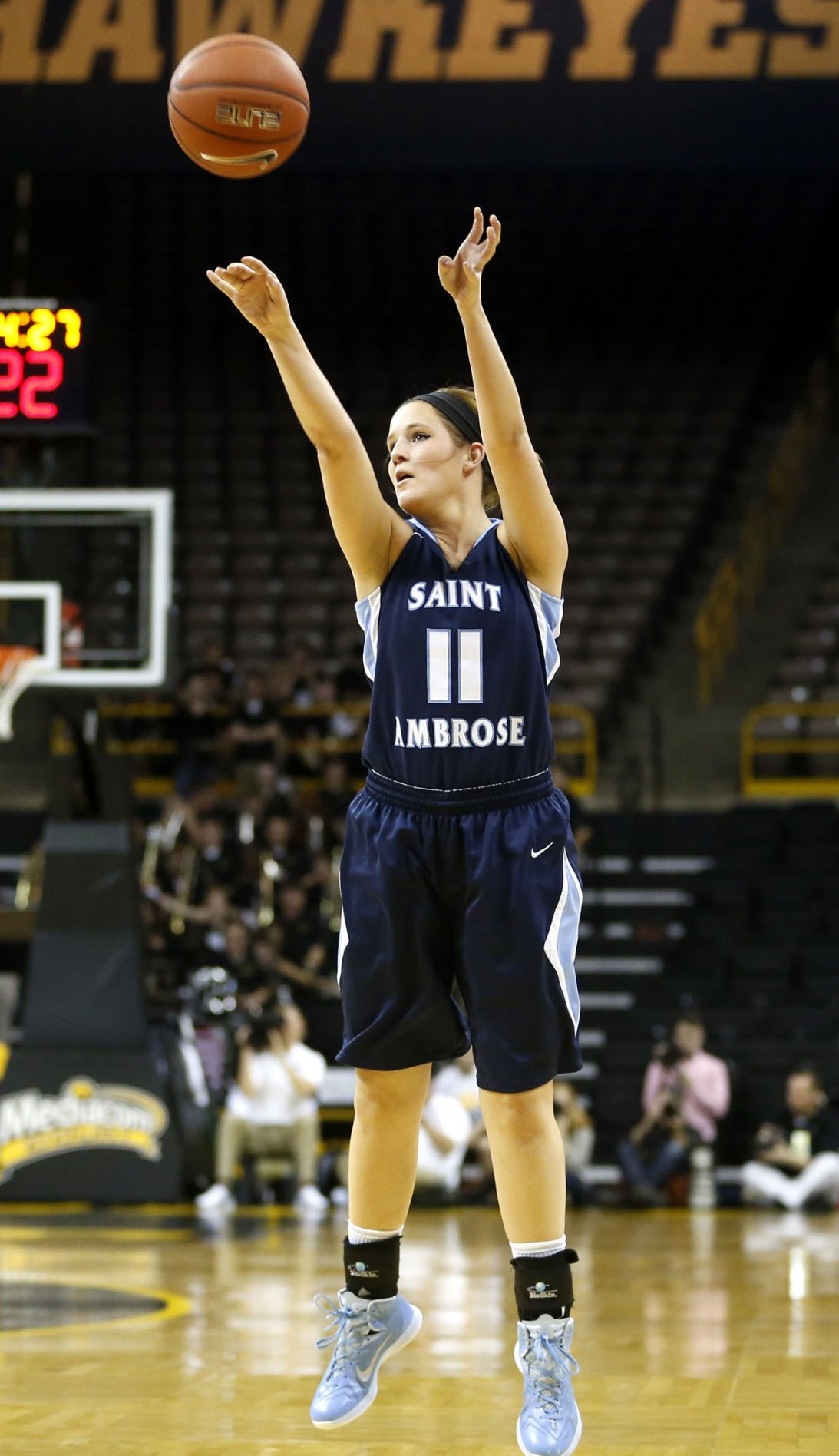 Deanna Busse of St. Ambrose shoots during an exhibition game at Iowa during the 2014-15 season.

On the court, Deanna Busse has contributed 5.2 points per game to help the St. Ambrose women’s basketball team build a 17-7 record.

Away from the game, the junior guard has contributed even more.

Busse is the founder and crew captain of the St. Ambrose chapter of Love Your Melon, a nonprofit organization which started with a goal of putting a hat on every child in the United States who is battling cancer and also raises funds to support families of those children and ongoing research efforts.

Her work with the St. Ambrose chapter was recognized Tuesday when Busse became one of 10 women’s basketball players across the country — five from Division I programs and five from all other levels of the college game — named to the Allstate Women’s Basketball Coaches Association Good Works Team.

Busse will be honored along with other recipients at the NCAA Women’s Final Four and WBCA Convention in Indianapolis in early April, recognized for their work in bettering the lives of others through giving back to the community.

“It’s an honor to be selected and it means a lot to me to have a chance to tell people about Love Your Melon and what it does to help kids and their families,’’ Busse said. “I’m excited about being named to the team, it made my day, but the great thing to me is to be able to let people know what we are about.’’

In less than a year, Busse’s original four-member crew at St. Ambrose has grown to 20 with a 10-person waiting list.

The group has held its own donation event at the University of Iowa Children’s Hospital where dressed as superheroes they donated more than 60 hats to children while visiting with them and their families.

It has handed out hats at other events in the Quad-Cities area and at the Ronald McDonald House in Iowa City as well, part of a national effort which has seen 45,000 hats distributed since the group’s founding on a college campus in 2012 and now works to raise $1 million annually to assist families.

“We have a great crew at St. Ambrose that is really committed to helping the kids who are battling cancer and their families,’’ Busse said. “We want the kids to know they aren’t in this alone. We have so many good people working with us to support them. I’m proud of what we’ve done in a short time.’’

A junior from Prior Lake, Minn., Busse is a human performance and fitness major at St. Ambrose who plans to work toward a graduate degree as a physician’s assistant.

Her teammates have supported Busse’s efforts with Love Your Melon and many are part of the St. Ambrose campus crew.

“Taking an active role in our community is part of the mission at St. Ambrose and for our program. Part of my job is to prepare our players for the real world,’’ Queen Bees coach Krista Van Hauen said.

“To watch them be part of such a neat program and to go to the children’s hospital and interact with the kids and their families and to be part of all sorts of other things on campus, it shows that they aren’t just here to play basketball. It puts it all in perspective.’’

What happens if the Suns do not have Chris Paul for the Western Conference Finals?

What happens if the Suns do not have Chris Paul for the Western Conference Finals?

Is there any value in the National League East?

Is there any value in the National League East?

St. Ambrose guard Deanna Busse was named Tuesday to the Allstate WBCA Good Works Team for her efforts as the founder and leader of the Love Your Melon Crew on the St. Ambrose campus.

Deanna Busse of St. Ambrose shoots during an exhibition game at Iowa during the 2014-15 season. 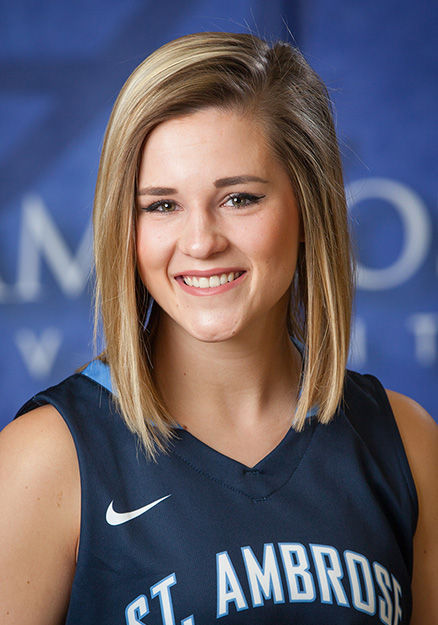