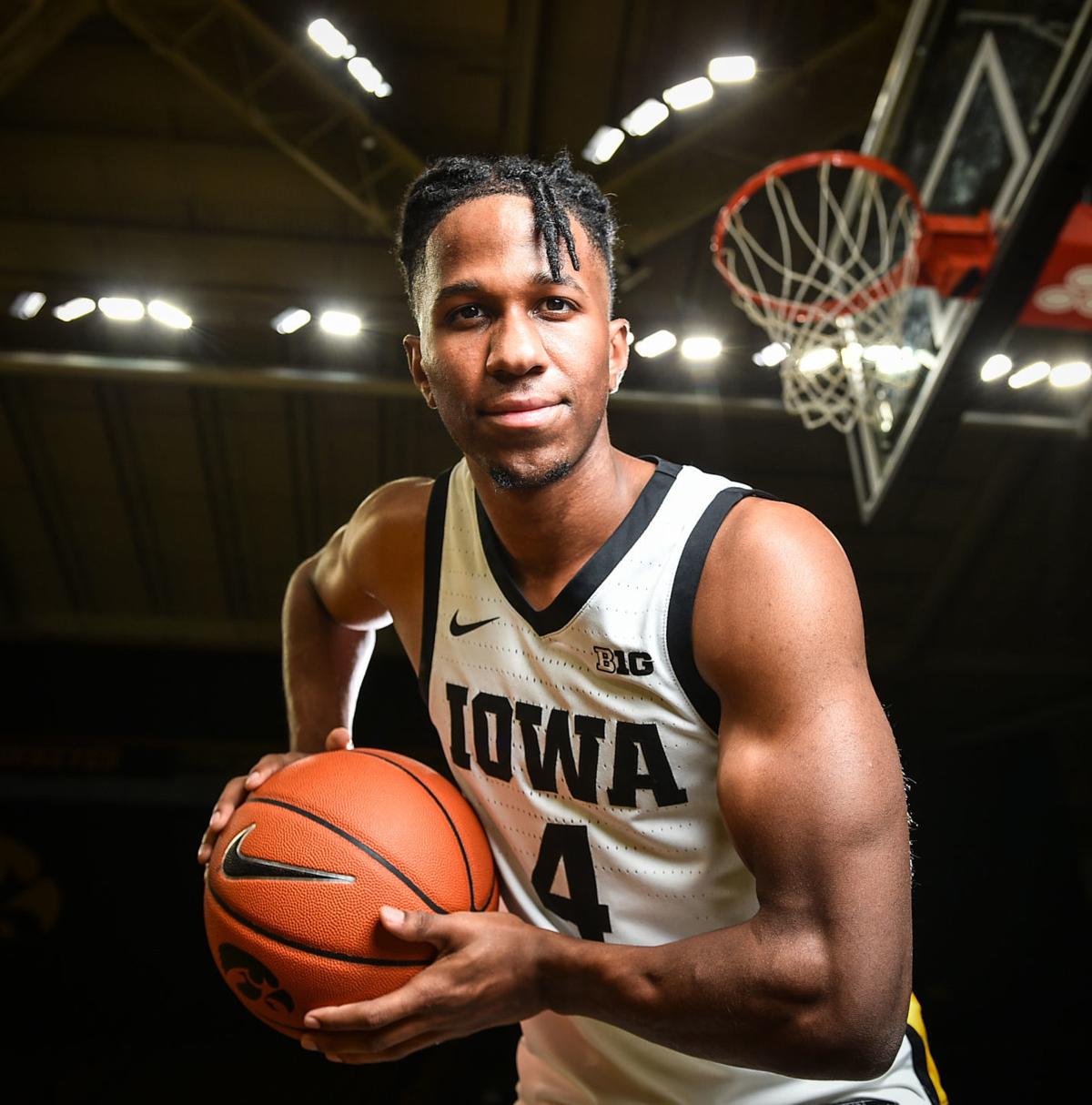 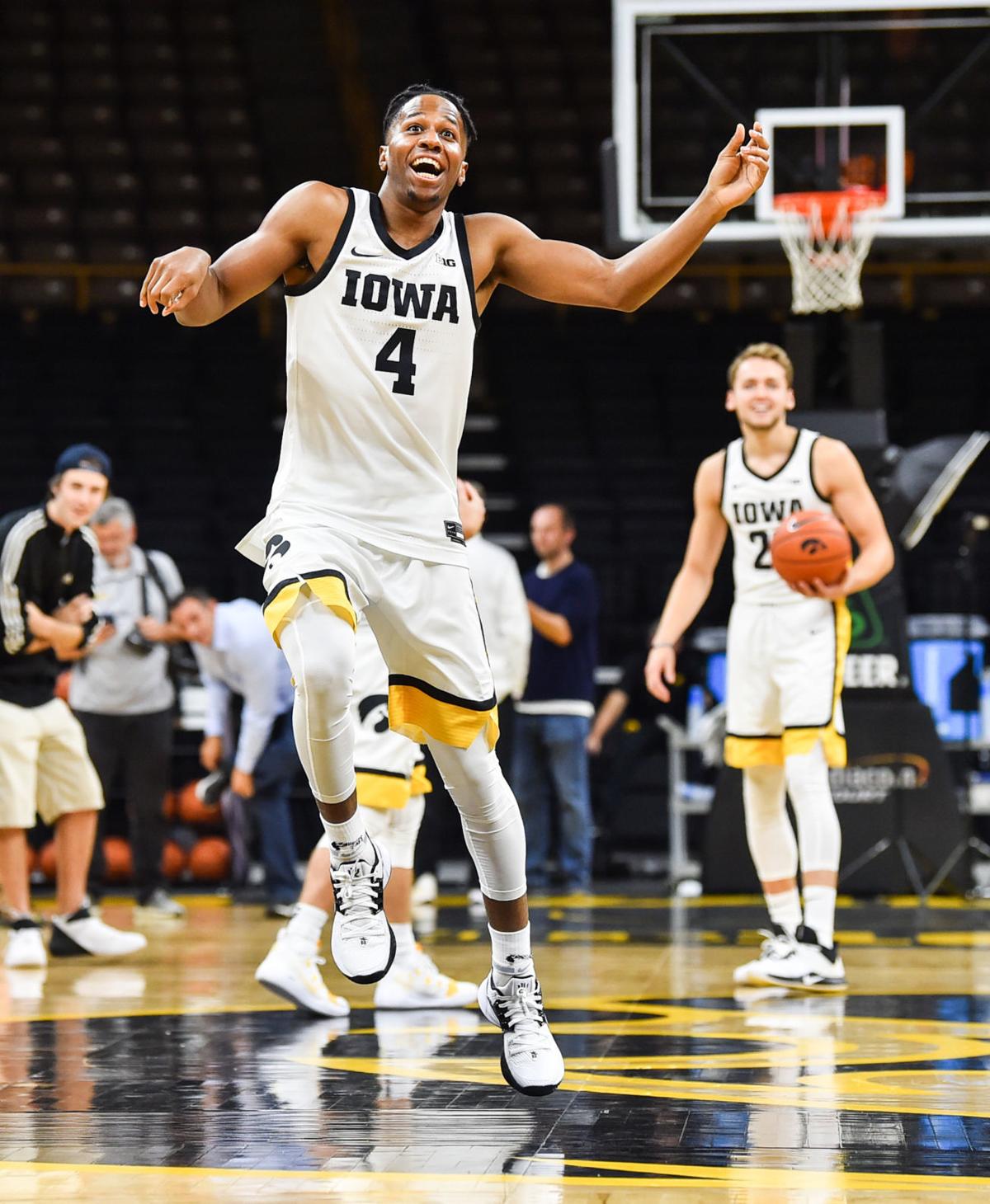 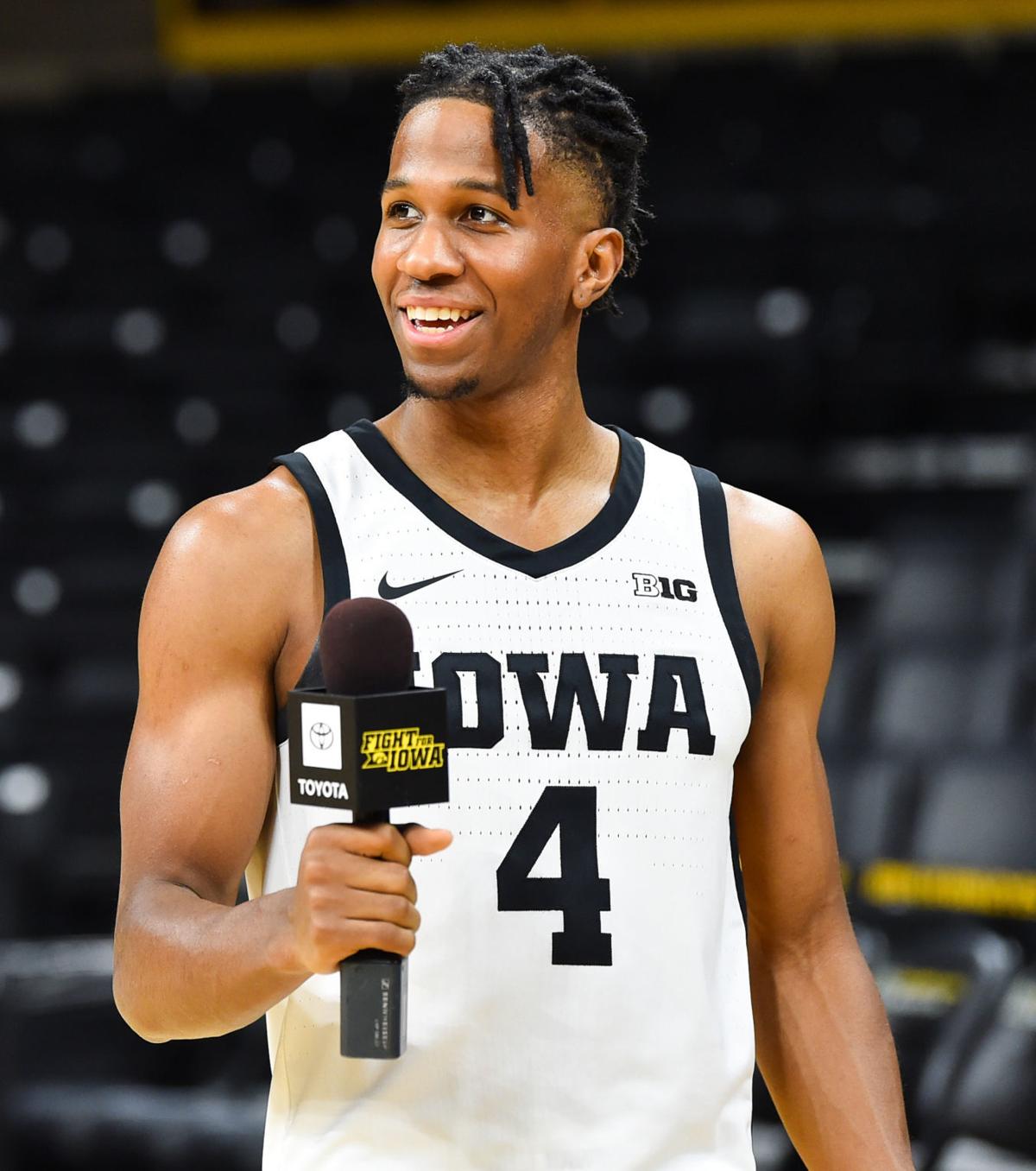 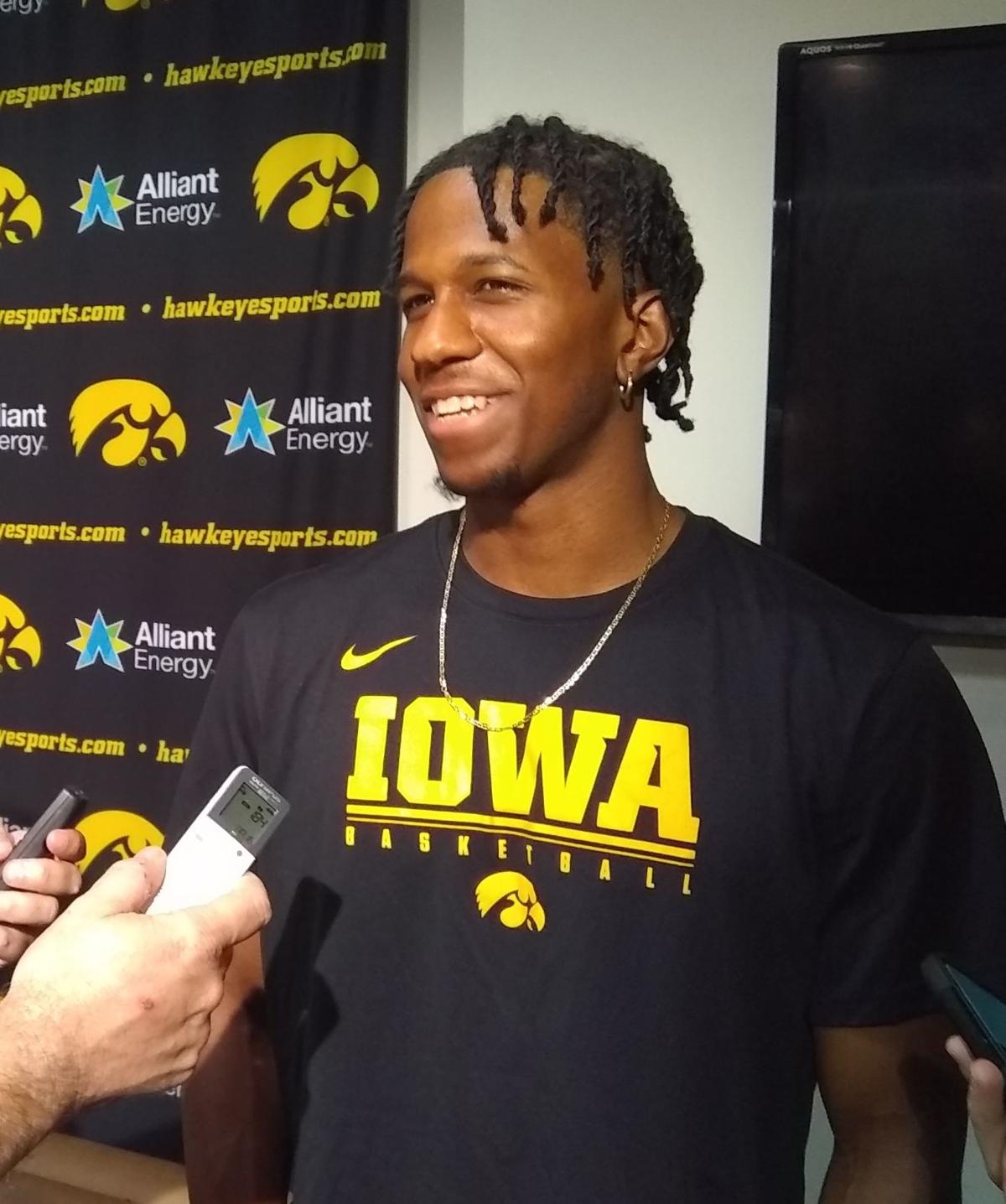 Bakari Evelyn chats with reporters about why he decided to transfer from Valparaiso to Iowa.

IOWA CITY — Bakari Evelyn has been around.

He grew up in Detroit but moved to Arizona to play his senior year of high school. He enrolled at Nebraska but left after one season and transferred to Valparaiso University, where he had some very good moments but also battled injuries.

Now he is at the University of Iowa with one final season to show what he can do on the basketball court.

He figures all of that stuff that came before, no matter how difficult it might have been to endure, has prepared him for this moment.

“I’ve had to face a lot of adversity in my career I would say,’’ Evelyn said. “I think that’s what helped me get to this point. I think definitely going to all the different schools, not having as successful seasons as I wanted and dealing with injuries has definitely made me the player I am today. Just being able to take whatever happens and keep pushing.’’

Evelyn — pronounced EVE-lin — is one of those kids with a bright, upbeat personality that puts the people around him at ease.

It’s one of the attributes that convinced Iowa coach Fran McCaffery to do something he’d never done before.

Evelyn became the very first graduate transfer ever to be accepted by the Iowa program. McCaffery always figured bringing in a guy from another school to play just one season was counter-productive from a chemistry standpoint.

He thinks that won’t be the case with his new 6-foot-2 guard.

“Bakari is really mature,’’ McCaffery said. “He's somewhat well-traveled in terms of the fact that he went to Nebraska right out of high school and then transferred to Valpo, so he's played in two different leagues already.

“He's had different roles already. He comes in, and while he's new and we have new faces, he's just a veteran guy in terms of how he prepares, how he thinks, how he performs on the floor.’’

McCaffery knew the Hawkeyes not only could use a quick, versatile guard who is equally adept at both ends of the court, but they also might need some added leadership. That’s going to be especially important if senior guard Jordan Bohannon opts not to play this season after undergoing off-season hip surgery.

It seems like a roll of the dice to expect a player to show up in July and be a team leader by November, but Evelyn seems to be doing it.

“I can see how people might think that but everybody has been so welcoming to me here and very accepting, to make sure I felt comfortable and they’ve all encouraged me to take that step and be a leader,’’ Evelyn said. “With the support of my teammates, it’s really been an easy transition.’’

Evelyn said he thinks his greatest strength is playmaking, creating scoring opportunities both for himself and for teammates. He showed that in the 2017-18 season when he averaged 12.6 points and 2.9 assists at Valpo.

He underwent foot surgery late the following summer and was not the same player physically in 2018-19, but insists he is back to full speed now.

“I've been really impressed with him,’’ McCaffery said. “A lot of times you bring a guy in and you think he can play both (guard) spots and you find out he really can't. But he can. And that's not only from an offensive standpoint, from a defensive standpoint, as well.’’

He thinks it’s a good mix of talents.

“Joe is explosive, lightning fast, he can push the ball and get in the paint at will and he’s a good passer as well,’’ Evelyn said. “He’s definitely exciting.’’

And the younger McCaffery?

“Connor’s kind of like the old man, very poised, makes the right decision all the time, knows how to run the team,’’ Evelyn said. “With his size, he can play 1 through 3 at times. He definitely gives us more versatility.’’

Evelyn was recruited by the Hawkeyes out of high school and although he didn’t sign with them, he formed strong relationships with Fran McCaffery and assistant coach Sherm Dillard. He has watched them in the intervening years and was impressed with the way they rallied from a 25-point deficit before losing to Tennessee in overtime in the second round of last year’s NCAA tournament.

That game cemented the idea that this program was a good destination for him.

“I think you saw last year that this is a group that fights,’’ Evelyn said. “In that Tennessee game, they displayed that they will fight people every chance they get. And I think that’s kind of how my journey has been. I’ve had a lot of adversity but I feel like I’ve fought and persevered through it so I feel like I fit right in with this team.’’

Evelyn figures adversity of past has made him stronger

The tug-of-war for Tyrone Tracy, the return of Kristian Welch and Mekhi Sargent regaining his edge are all part of today’s Hawkeye 10@10.

Bakari Evelyn chats with reporters about why he decided to transfer from Valparaiso to Iowa.