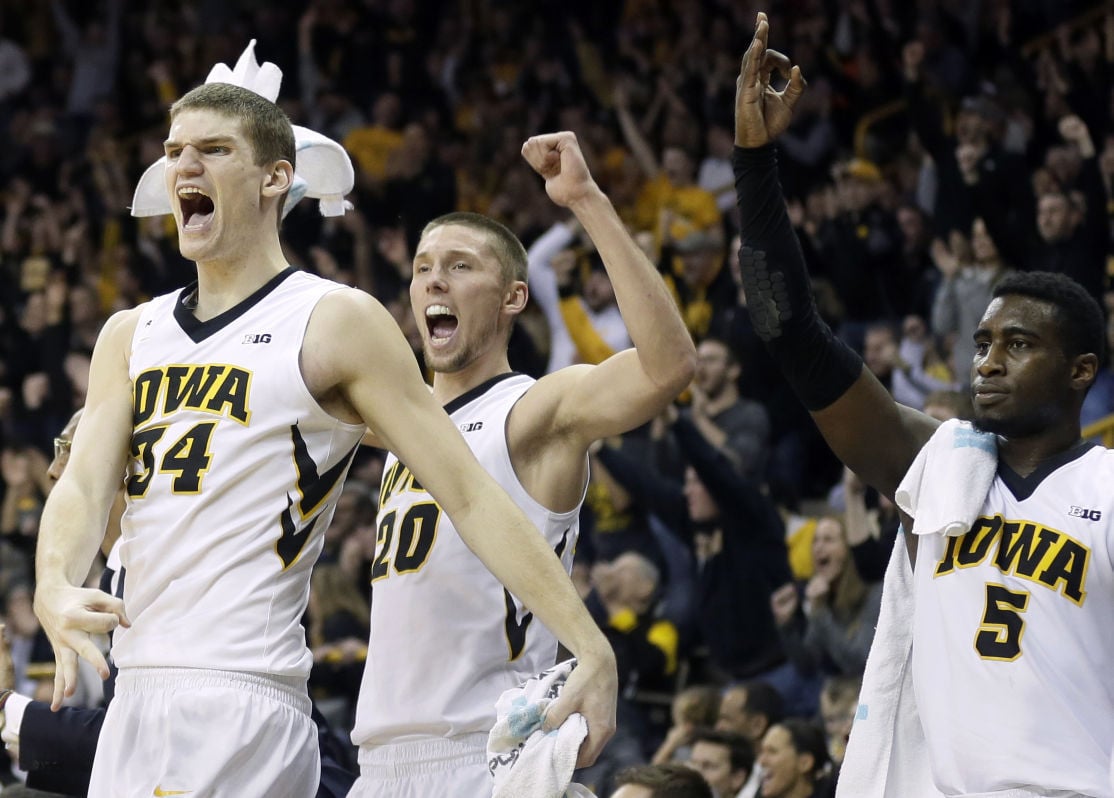 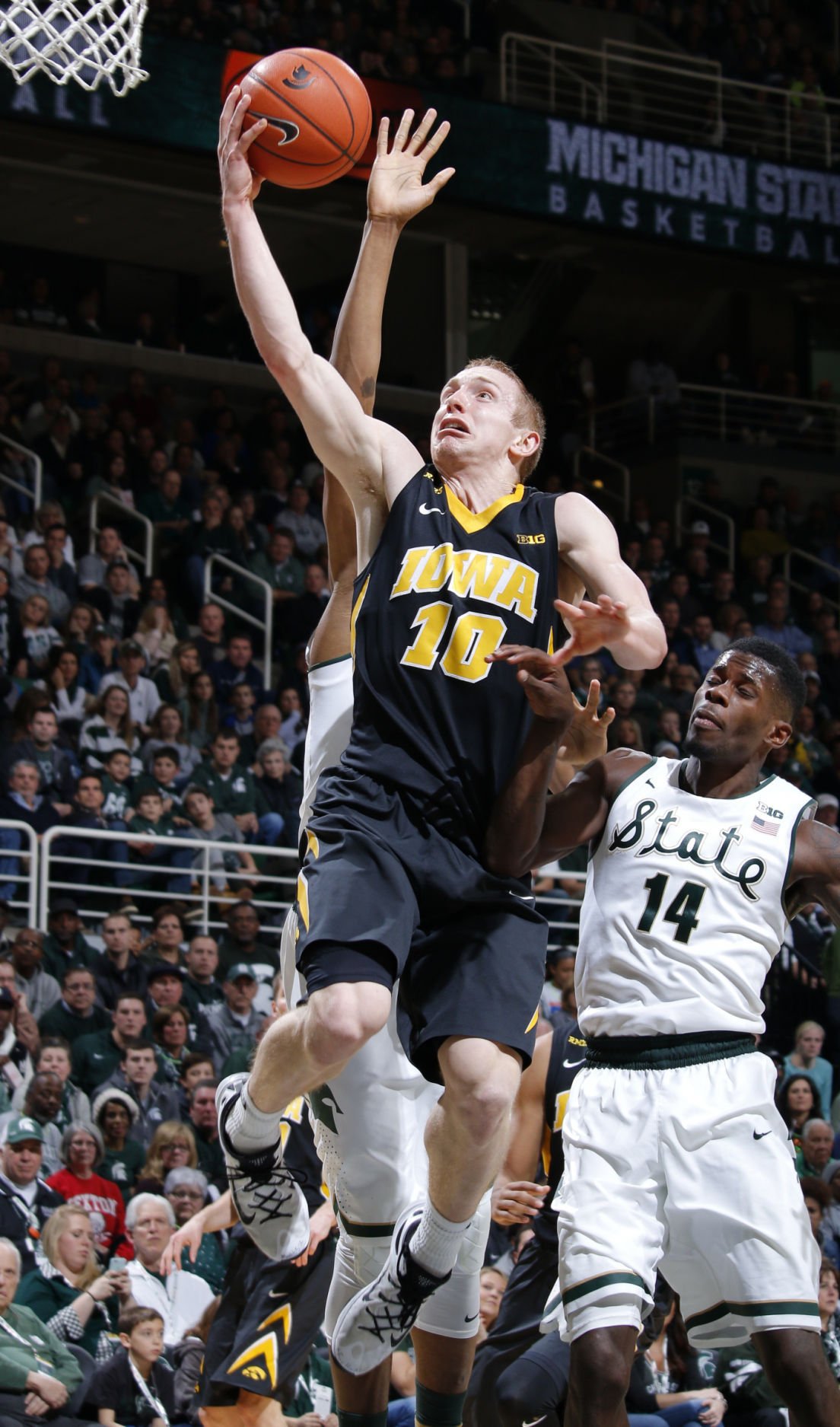 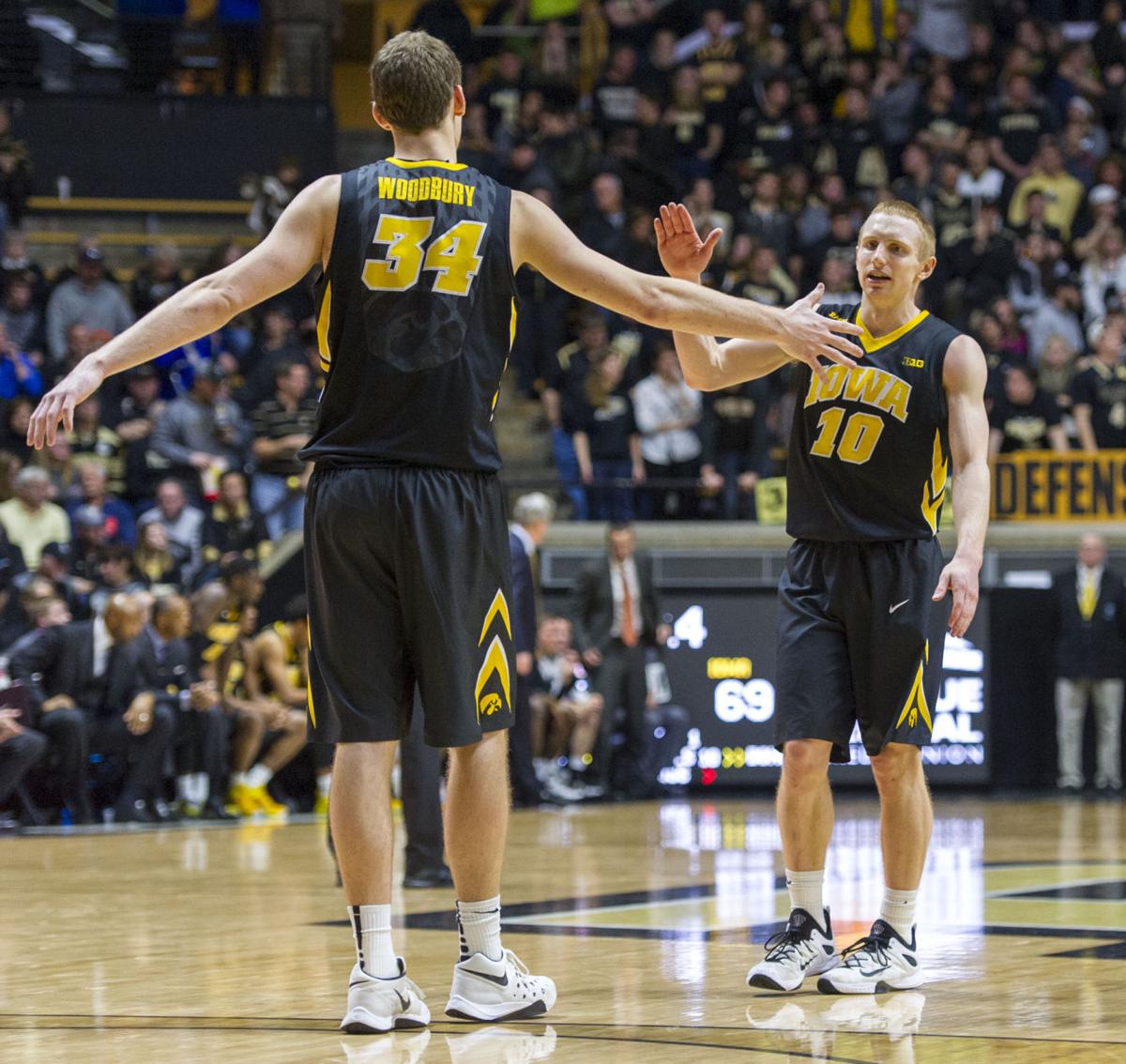 Senior Day for college basketball teams always is a time of celebration.

But for Iowa, the primary objective tonight will be to prevent one other celebration.

The 16th-ranked Hawkeyes host No. 12 Indiana in an 8 p.m. game at Carver-Hawkeye Arena that will have a major impact on the Big Ten championship chase.

Indiana already has clinched a share of the league title. If the Hoosiers are going to win it outright, the Hawkeyes really don’t want that celebration to take place tonight in their presence, at their expense, on their home floor.

Adding to the emotions of the evening is that it is Iowa’s final home game of the season. Five seniors — starters Adam Woodbury, Mike Gesell, Jarrod Uthoff and Anthony Clemmons plus walk-on Okey Ukah — will have their achievements celebrated prior to the game.

Head coach Fran McCaffery really isn’t sure how he feels about that.

“I don’t get into the emotional side of it, to be honest with you,’’ McCaffery said Monday on a teleconference. “I’ve been on record as saying I wish we could do away with Senior Day and celebrate those guys at the (postseason) banquet the way that they need to be celebrated. The good thing about this, I guess — and why we still do it — is that it is a way for the fans to be a part of it because there will be more people there than there will be at the banquet …

“I’m not even going to bring that up, the fact that it’s Senior Day. We’re just going to get ready to play one of the best teams in the country and hopefully we’ll have them ready and they’ll play well.’’

That hasn’t happened much lately. The Hawkeyes have staggered down the stretch, losing four of the past five games and falling two games behind Indiana in the standings.

Not very long ago, this game loomed as a possible head-to-head showdown for the title. Now, the Hawkeyes are in survival mode, hoping to climb out of their worst stretch of the season to keep alive some very slim championship hopes.

Bouncing back quickly from a heart-wrenching loss Sunday afternoon at Ohio State will be the ultimate test of character for the Hawkeyes, but McCaffery figures if any team can handle that, this team can.

All four of those senior starters have risen above a considerable amount of adversity and heartache in their college careers and have managed to win 20 or more games four years in a row. All four players have started at least 50 games over that span, including every game this season.

“They’re just winning people,’’ McCaffery said Monday, referring specifically to Woodbury and Gesell, who played together at the AAU level and chose Iowa over more prestigious programs. “Whatever they do is character-based … I just couldn’t be more proud to be their coach and I wish it wasn’t the last game, I’ll tell you that.’’

Woodbury rejected offers from schools such as North Carolina and has started every game but one over the past four years. His role often has been misunderstood and his contributions largely miscalculated. During his junior season, he was unfairly branded a thug and he occasionally has been a target of fans, but he’s handled it all with dignity and aplomb.

Gesell, a smallish guard who might be mistaken for a team manager when he steps off the bus, has battled injuries through much of his career. He hurt his foot as a freshman, broke his hand during the following summer and played much of last season with a sprained elbow, but has transformed himself from a prolific scorer in high school to an unselfish, pass-first point guard.

Clemmons was a kid from Lansing, Mich., who watched his two best friends go off to play for the hometown university (Michigan State) that he wanted to attend. He played quite a bit for Iowa as a freshman, then a lot less as a sophomore and contemplated transferring. Instead, he rededicated himself and has become one of the most well-rounded players in the Big Ten.

When Woodbury, Gesell and Clemmons arrived as freshmen, they were joined by Uthoff, who had spent his first year at Wisconsin without ever playing, then departed the Badgers under highly contentious circumstances. He had to sit out another full year after transferring and had to wait another year beyond that to become a starter.

For the most part, all of them have found a happy ending. Uthoff is a candidate to make first-team All-Big Ten and was named Monday as one of 11 finalists for the Oscar Robertson player of the year award. Gesell has become a team leader. Clemmons has become a major contributor. Woodbury has become appreciated.

McCaffery fequently has praised the character traits of the quartet, the resilience and work ethic they have shown, the way they have conducted themselves on and off the court. Gesell earned his degree in finance in three years. He and Uthoff both are honor students.

“If you were to kind of give guys a set of guidelines on how to act when they get here, this would be the blueprint you would use, these four guys,’’ McCaffery said.

He’s hoping they can have the happy farewell they deserve tonight although he admitted Indiana, which defeated the Hawkeyes 85-78 on Feb. 11, might have other ideas.

“It wasn’t that long ago that we played them,’’ he said. “Had a good game against them. They outplayed us that day. Hopefully, we’ll do a better job the next time.’’

Fran McCaffery says: “The one thing I’ve always noticed about him is he’s one of those guys even from the minute he got here who is incredibly professional in his approach.’’

Fran McCaffery says: “Mike is one of the hardest workers I've ever been around … He knows I trust him completely, and it's his team.’’

Fran McCaffery says: “The thing about him is, he’s as genuine a person as I’ve ever known. He is who he is. There’s no acting going on.''

Fran McCaffery says: “Without a doubt, he’s the smartest post player I’ve ever had.’’