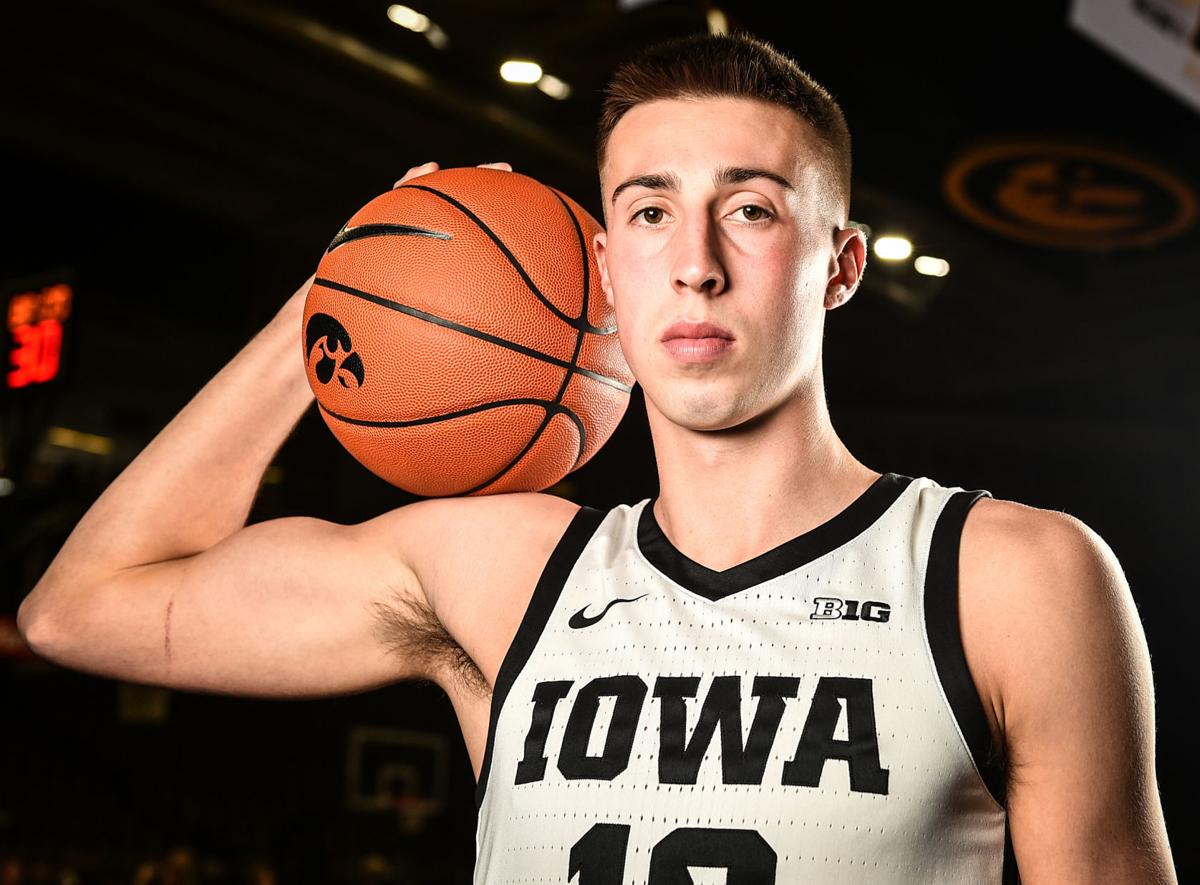 Iowa’s Joe Wieskamp is coming off a freshman season in which he averaged 11.1 points and 4.9 rebounds per game. Wieskamp is expected to have a more prominent role for the Hawkeyes this winter. 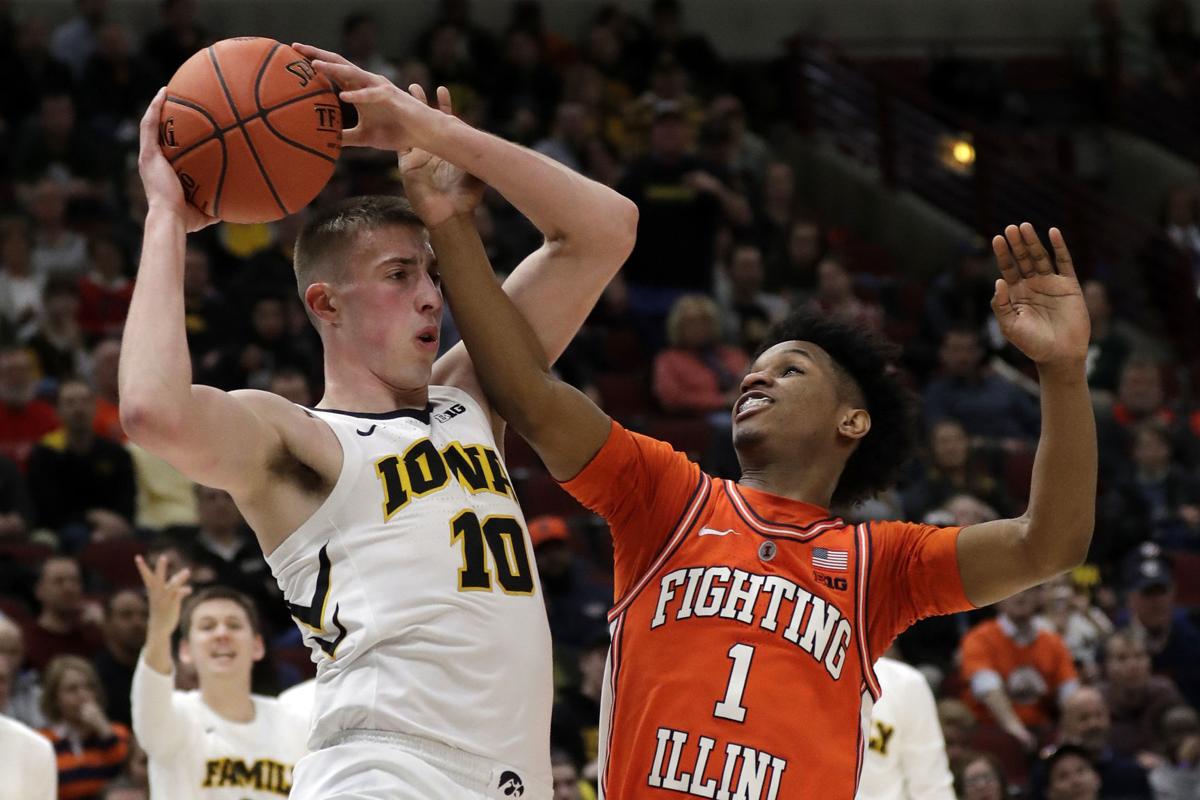 Iowa's Joe Wieskamp looks to pass against Illinois' Trent Frazier during the second half of a Big Ten tournament game in Chicago last year. Wieskamp was selected to the 10-player all-Big Ten preseason squad earlier this month. 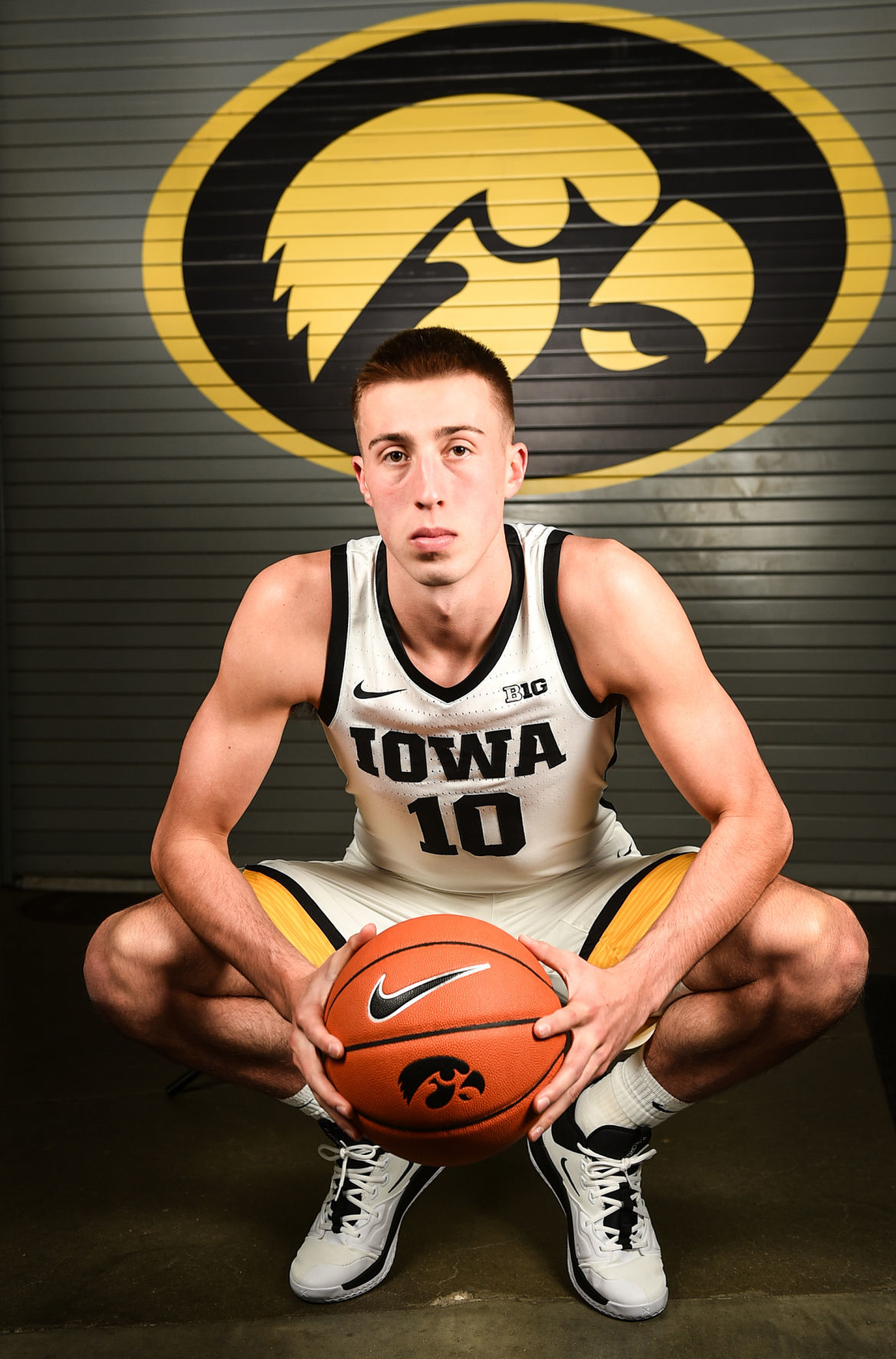 IOWA CITY — Joe Wieskamp had moments last season when he was among the best players on the court.

Conversely, like most freshmen adjusting to the rigors of Division I basketball, there were moments Wieskamp struggled to have a prominent role. He was held without a basket against Connecticut, at Minnesota and at home against Maryland.

For Iowa to duplicate its 23-win season of a year ago, it needs the 6-foot-6 sophomore from Muscatine to go from having flashes of brilliance to a steady go-to threat.

"I need to be more consistent," Wieskamp said at the team's media day earlier this month. "Me being consistent is going to help our team.

"I'm going to have to score the ball at a high level for us to be successful. I know there are going to be some bad games, but I've got to do everything I can to help this team win."

Coaches and teammates believe the former Iowa Mr. Basketball and two-time Gatorade Player of the Year is ready to make a quantum leap.

Wieskamp often was a catch-and-shoot threat on the wing or in the corner last season. Occasionally, he'd put it on the floor and drive.

There were times he deferred to the upperclassmen on the team.

Teammates have seen it translate in practice.

"You're going to see in the first few games, how big of a step he has taken and how much he can dominate a game on the offensive end now," senior Ryan Kriener said. "He's at a point now, throw it to him and he'll get you a bucket or he'll make a play for someone else."

Wieskamp averaged 11.1 points and 4.9 rebounds per game along with shooting 42.4 percent from beyond the arc in his first season. He started all 35 contests and was selected to the Big Ten Conference's all-freshman team.

With Tyler Cook leaving for the NBA, Isaiah Moss transferring to Kansas, Nicholas Baer graduating and Jordan Bohannon's status uncertain for the season following hip surgery, Wieskamp understands his name will be at the top of opposing teams' scouting reports.

Wieskamp was named to the league's 10-player all-preseason team. He is on the preseason watch list for the Jerry West Award, which goes to the top shooting guard in the country.

"I came into my freshman year with a lot of expectations that I was going to contribute right away, but going into this year those expectations are going to be even higher and a little bit higher than what I expected with guys leaving," Wieskamp said.

After a high school career in which he poured in a Class 4A-record 2,376 points, Wieskamp is accustomed to being in a starring role.

It was a situation he excelled at in the final three years with Muscatine.

"I wasn't very aggressive my freshman year of high school, but each year got better," he said. "There are going to be times when teams are going to be throwing crazy things at me if I'm scoring the ball well, but high school prepared me well for having so many different looks thrown at me."

Wieskamp expects to have the ball in his hands more this season coming off screens. It will lead to increased opportunities to score and create for others.

"He's really worked on becoming a little more versatile off the dribble," Iowa coach Fran McCaffery said. "He could always do that, but he was kind of a rip-and-drive or catch-and-shoot guy. You're going to see him do more off the dribble, not only for himself but for other people."

McCaffery has called Wieskamp a zero maintenance guy, someone consistent in effort, execution and performance.

"He's going to be a very critical part of what we do," McCaffery said. "That's what we want from him."

Wieskamp said the NBA feedback was valuable. It also motivated him during his summer and fall workouts.

If Wieskamp performs well and can lead a team with not too many outside expectations back to the NCAA tournament, his stock will rise.

"I've really spent a lot of time watching film and watching a lot of the guys in the NBA cutting off screens and reading defenders," he said. "To be at that next level, you've got to make plays happen.

"I realize I'm pretty close. If I fine-tune some things and get better in some areas, that's somewhere I can be some day."

Iowa’s Joe Wieskamp is coming off a freshman season in which he averaged 11.1 points and 4.9 rebounds per game. Wieskamp is expected to have a more prominent role for the Hawkeyes this winter.

Iowa's Joe Wieskamp looks to pass against Illinois' Trent Frazier during the second half of a Big Ten tournament game in Chicago last year. Wieskamp was selected to the 10-player all-Big Ten preseason squad earlier this month.