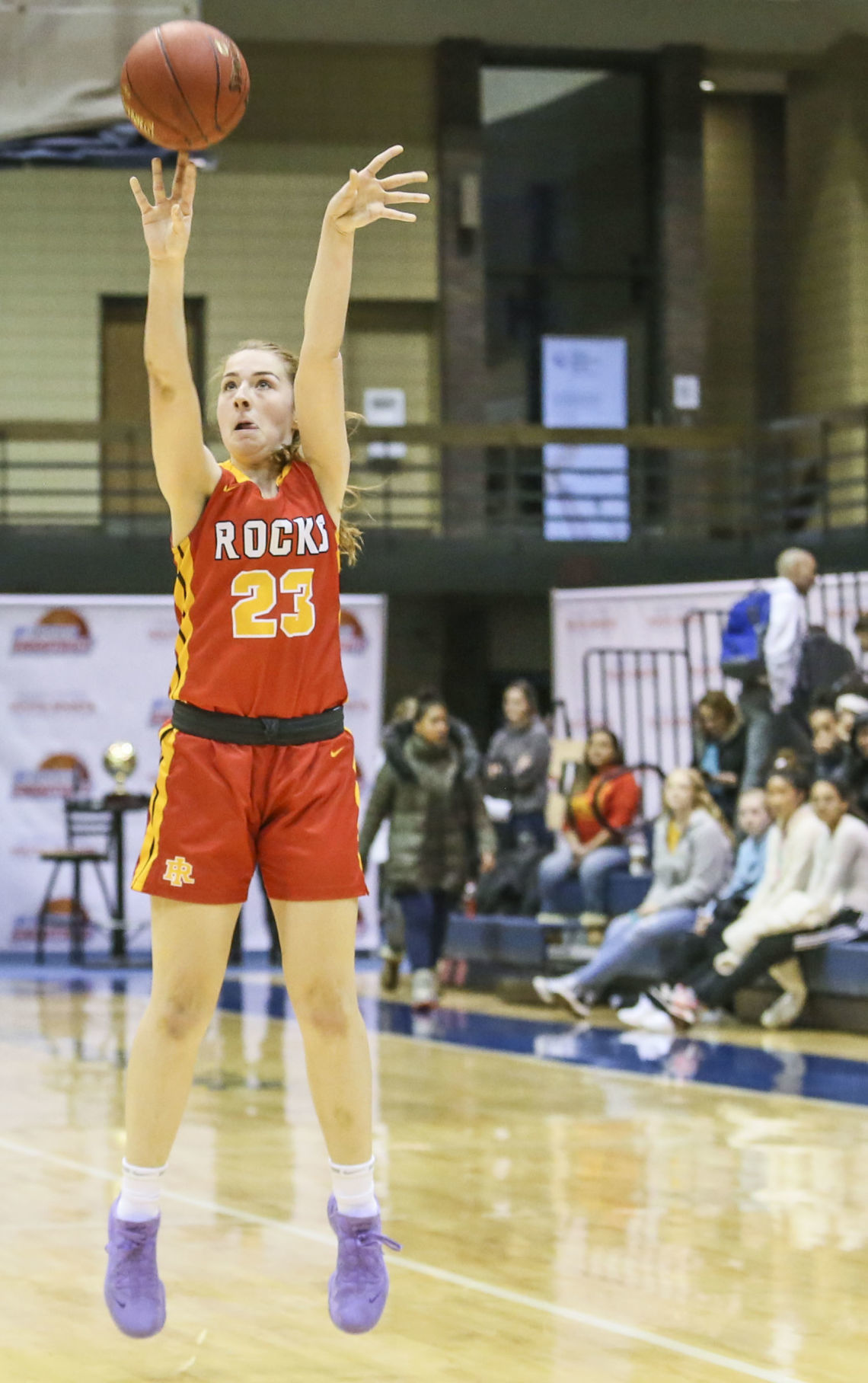 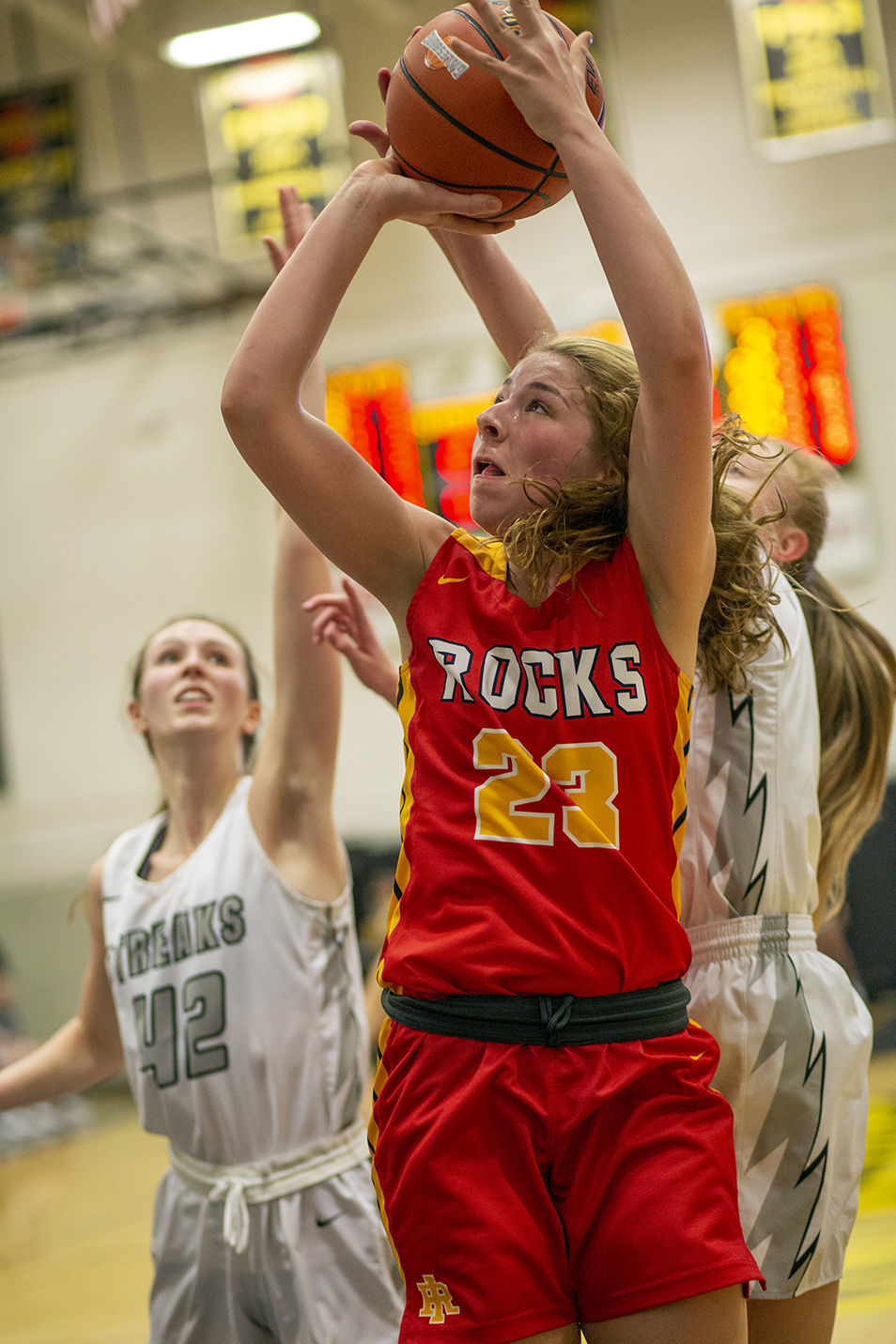 Augustana women's basketball coach Mark Beinborn had some specific holes to fill with his 2020 recruiting class.

He didn't just fill those needs, but brought in what he thinks are perfect fits for the program.

“The biggest thing we talked about going into getting this class was we wanted to fill our bookends,” Beinborn said. “We had everything in the middle from our 2 to 4 positions, but needed more point guard play and some 6-foot plus players who have some skill and the potential to be all-conference-type centers.”

Were those needs met?

He has tuition deposits for five of the six in the recruiting class. Still yet to be official is Rock Island's Hannah Simmer, who said Saturday she is committed to the program.

Simmer portends to be an additional wing player Beinborn thinks can fit in well with the returning players from last season's 14-13 club that finished 8-8 in the CCIW race and dropped a one-point game to Illinois Wesleyan in the CCIW Tournament semifinals.

The 5-foot-9 Rock Island graduate is excited about joining the Augie program and getting to play with three other locals she knows well — fellow former Rocks Justice Edell and Lauren Hall as well as former Alleman standout Gabbi Loiz.

“It's a great opportunity,” said Simmer, an all-Western Big 6 Conference selection who averaged 15.1 points, 8.3 rebounds and 1.5 steals per game for the Rocks last season. “I know some of the girls already and am comfortable with them and know how they play.”

That familiarity factor with not only the other Vikings, but also the school, played a huge part in her deciding on Augie over Dominican University, Loras and Millikin. Simmer, an Illinois Basketball Coaches Association third team all-stater, said that her older sister has been friends with Hall for years and that her older brother also went to Augie.

“I'm really excited to join that program,” she said. “I've definitely watched it for a couple of years since Lauren Hall has been in it. I like the way they push the ball and I love the coaches; they are so nice. Every time I've been there to watch a game, they've talked to me and everything. I'm excited to play with the girls I've played with before.”

Beinborn, who could not directly talk about Simmer and what she brings to the team since her tuition deposit had not been received yet, is excited about this entire recruiting class. It starts with his two centers — 6-1 Linnea Johansen (Manchester, Mo.) and 6-3 Eleanor Klink (Palatine Fremd HS). The incoming class also includes point guards Aubrey Compton (Peoria Heights, Ill.) and Grace Nestich (Hobart, Ind.). Another incoming wing is 5-7 Narita Lambert (Aurora West HS).

“Linnea was a first-team all-conference player, all-district player from the St. Louis area where there is a lot of great competition,” Beinborn said. “We believe she will be ready to play right away and have a major impact.”

The ninth-year head coach thinks Klink could also be “an impact player,” but she may be eased into a prominent role. He said she missed her junior season because of a knee injury and had a shortened senior season working back from the injury. But he says she is well on her way back and showing form to be a major contributor.

The Vikings struggled at times last season with turnovers — enduring games with 30-plus miscues. Beinborn feels as if getting Rocky's Edell back from a knee injury will help as will the addition of Nestich.

“Another heavy focus for us was point guard play and ball handling,” Beinborn said. “We're really excited about (Nestich).”

Compton, according to the coach, is a “really hard worker who has been working on her game.”

“She was a solid role player for their team and the team's leading rebounder,” Beinborn said. “Molly said she was the hardest worker ever in that program and we love having kids like that here.”

The college basketball season ended six months ago, but Luka Garza is still adding to his impressive stack of postseason awards.