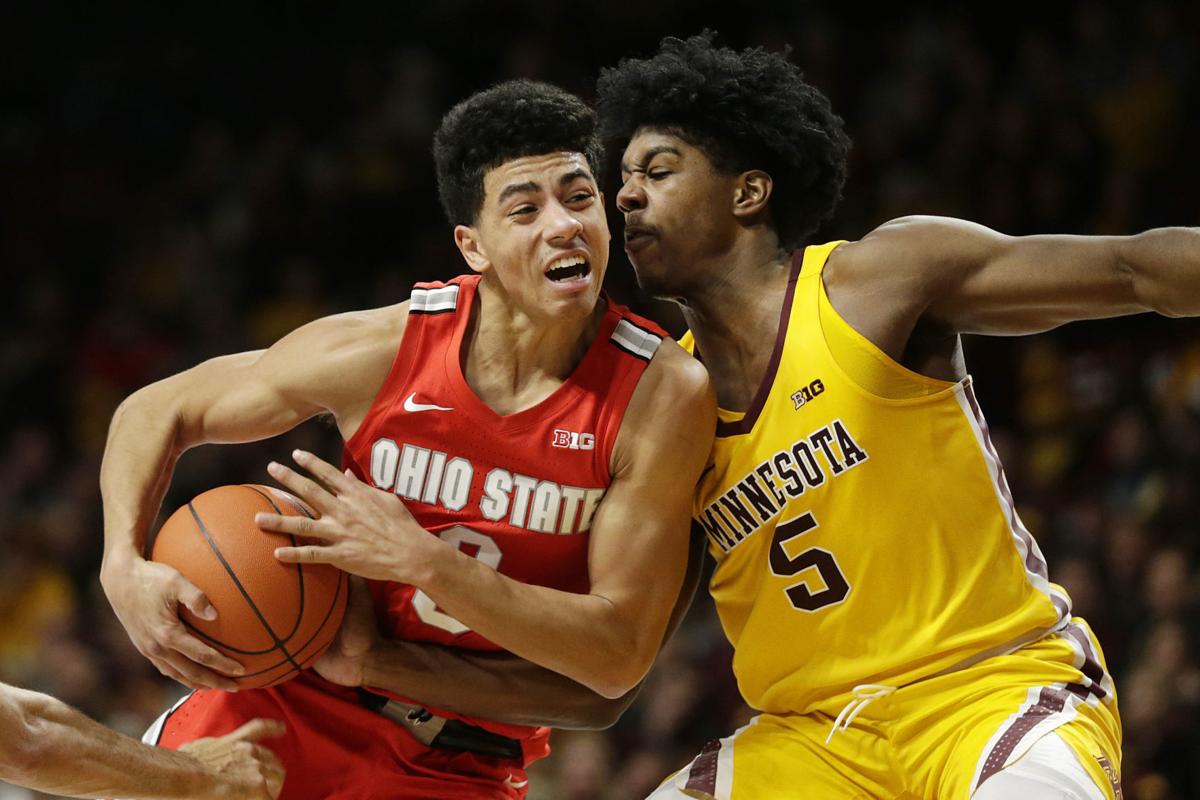 Thursday, Bettendorf grad DJ Carton made it official: he is leaving the Ohio State Buckeyes and entering the NCAA transfer portal, which means Div. I schools can now pursue him.

As of Thursday, a growing list of Power Five and Big East schools have shown interest in Carton, including Auburn, Alabama, Creighton, DePaul, Georgia Tech, Minnesota, Nebraska, Oklahoma, Oregon and the Fighting Illini.

The more Carton played, the more coaches at Illinois became involved with the athletic point guard.

Walker said previously, "(Carton) is special. He reminds me of Jalen Brunson, but more athletic. He has all the tools needed to be successful in college and the next level."

Now Coleman and successful recruiter Orlando Antigua both are making it known that Carton is someone they believe can help keep Illinois rolling right along.

Sources close to the program stated if they can land Carton, depending on what the NCAA has in store, he may have to sit out a year. At that point, with Trent Frazier graduated, he would be in the same backcourt with Adam Miller and Andre Curbelo. The quote was, "Those three, on paper, could possibly be the best backcourt in college basketball in the last 20 years.”

We reached out to Carton, but he did not return our message — understandably so given social media has not been kind to Carton recently. Therefore he is no longer paying attention to it, which is probably the right call.

Carton averaged 10.4 ppg and 2.8 rebounds per contest. He played 20 games for the Buckeyes before leaving school, citing mental-health issues.

He did not play his AAU basketball for a "shoe" team, proving that players don't have to in order to make it to the next level. His athleticism can never be questioned.

After evaluating Carton, he needs to play where a coach will be honest with him, show him how they can use him. Second, he needs to play in a system where the team will run and let him use his skill set, and, more importantly, help him reach his goals.

In a previous conversation with Carton, he said, "The NBA is a goal of mine. I know a lot of people don't think I have what it takes, but I will work to make sure I give myself a chance."

While at Ohio State, NBA scouts showed interest in Carton, of that I am sure.

Carton needs the freedom and confidence to showcase what he does best.

Where will he end up, only those truly close to his family and ones they can trust know. For everyone else, it is an educated guess.

But rest assured, Antigua and Coleman, if given the chance, will give Carton their best sales pitch.

Carton is smart to turn his back on social media

DJ Carton made what had to have been an agonizing decision last week.

It’s not necessarily a bad idea for an NFL team to take a flyer on a player who appears to be on the downward arc of his career.

The games themselves were great. Thrilling. Exciting Fulfilling.

Chuck Darling never saw Luka Garza and the Iowa basketball team play this season. Not even on television.

Luka Garza has become the first Iowa men’s basketball player in 68 years to make the first team of the Associated Press All-America team.