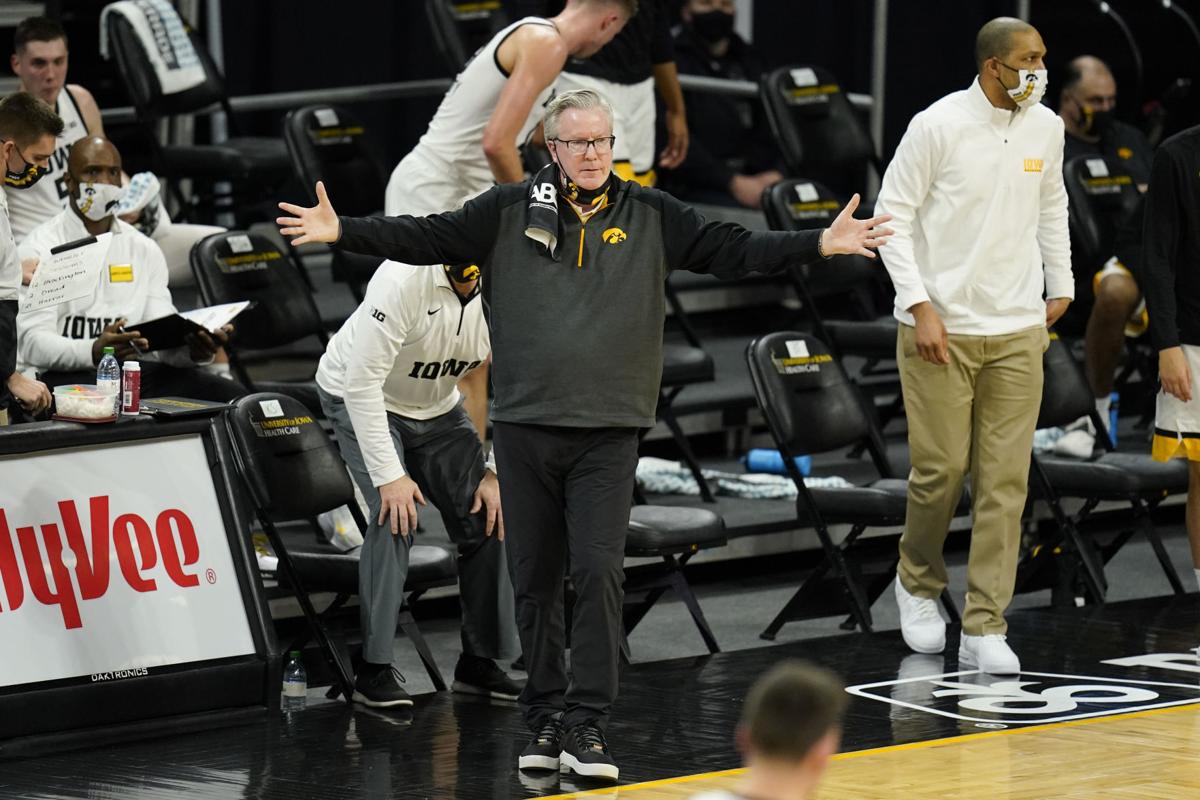 Iowa head coach Fran McCaffery reacts to a call during the first half Sunday against Penn State. 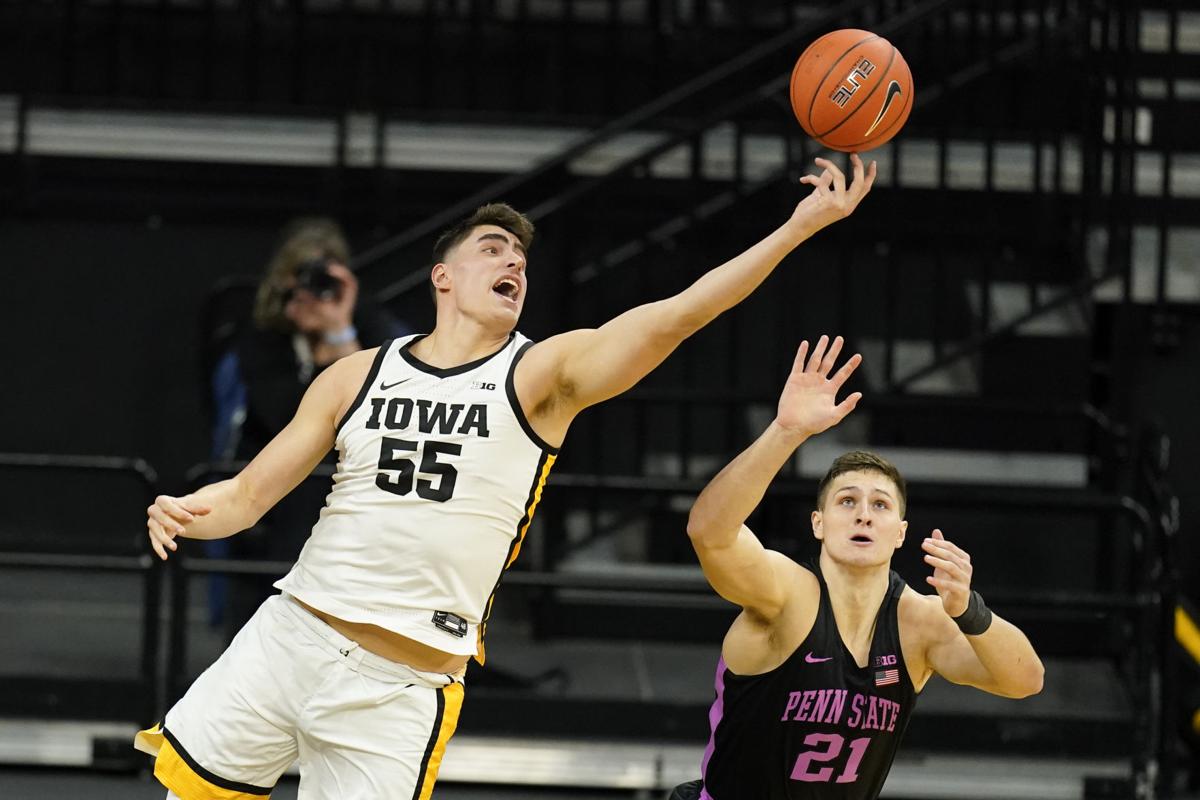 --Iowa coach Fran McCaffery said he didn’t think Luka Garza’s bid to break Roy Marble’s career scoring record Sunday was any sort of distraction but Garza admitted it affected him when he got a chance to break the record at the foul line. After having a full timeout to think about two shots to break the record, he made one shot but fired about a 14-foot airball on the second one. After breaking the record a few minutes later, Garza relaxed noticeably and was much more effective. He also went four for four at the free throw line after that.

--Joe Wieskamp has played so well and been so consistent lately that I suppose he was due for a stinker. It came in the first half as he went 0 for 3 from the field and had four turnovers. Wieskamp bounced back to score Iowa’s first nine points in the second half but the first six were on layups, including one on a great pass from Garza. He ended up making just one 3-point field goal in five attempts after going 15 for 20 in the previous three games. He did finish with six turnovers, the last of which prompted McCaffery to kick the scorer’s table so hard he knocked a water bottle off of it. But when you can have an off game and still finish with 11 points and 11 rebounds, that’s pretty good.

--Despite a 7-12 record, Penn State is a pretty good team, maybe one of the best 12th-place clubs ever. The Nittany Lions have been in almost every game they’ve played and fought hard for the full 40 minutes Sunday. They also got some big contributions off the bench from Guys you haven’t heard much about such as Sam Sessoms, Trent Buttrick and Abdou Tsimbila.

--Iowa had a couple of foul calls go against it late in the first half, prompting McCaffery to pick up a technical foul, and to be honest, at least two of them were really rotten calls. Patrick McCaffery was called for a foul on a play where he turned sideways to get out of the way of Tsimbila and did not appear to make any contact. In the final minute of the half, Penn State center John Harrar appeared to grab CJ Fredrick and push into him in the lane with Fredrick being whistled for the foul. That was the play that pushed Fran into the T.

--Penn State used three different players in the post and Garza managed to get all of them in a certain amount of foul trouble. Harrar and Tsimbila finished the game with four fouls apiece and Buttrick had three. Garza committed only one foul himself while drawing 12 of them.

--By far the most encouraging aspect of the game was the way Fredrick performed. He had missed four of the last seven games because of a lower leg injury and scored only seven points in the last four games in which he played. On Sunday, he made four of seven 3-point attempts and scored 18 points. He looked healthier than he has in weeks on Thursday at Wisconsin and looked even better Sunday.

--Iowa’s defense in the final 12 minutes may have been some of its best work of the season at that end of the court. Penn State made just 2 of 21 shots in that span, including 12 straight misses in one stretch. Of the 21 shots, only four came from in the lane and 11 of them were 3-pointers.

Iowa head coach Fran McCaffery reacts to a call during the first half Sunday against Penn State.