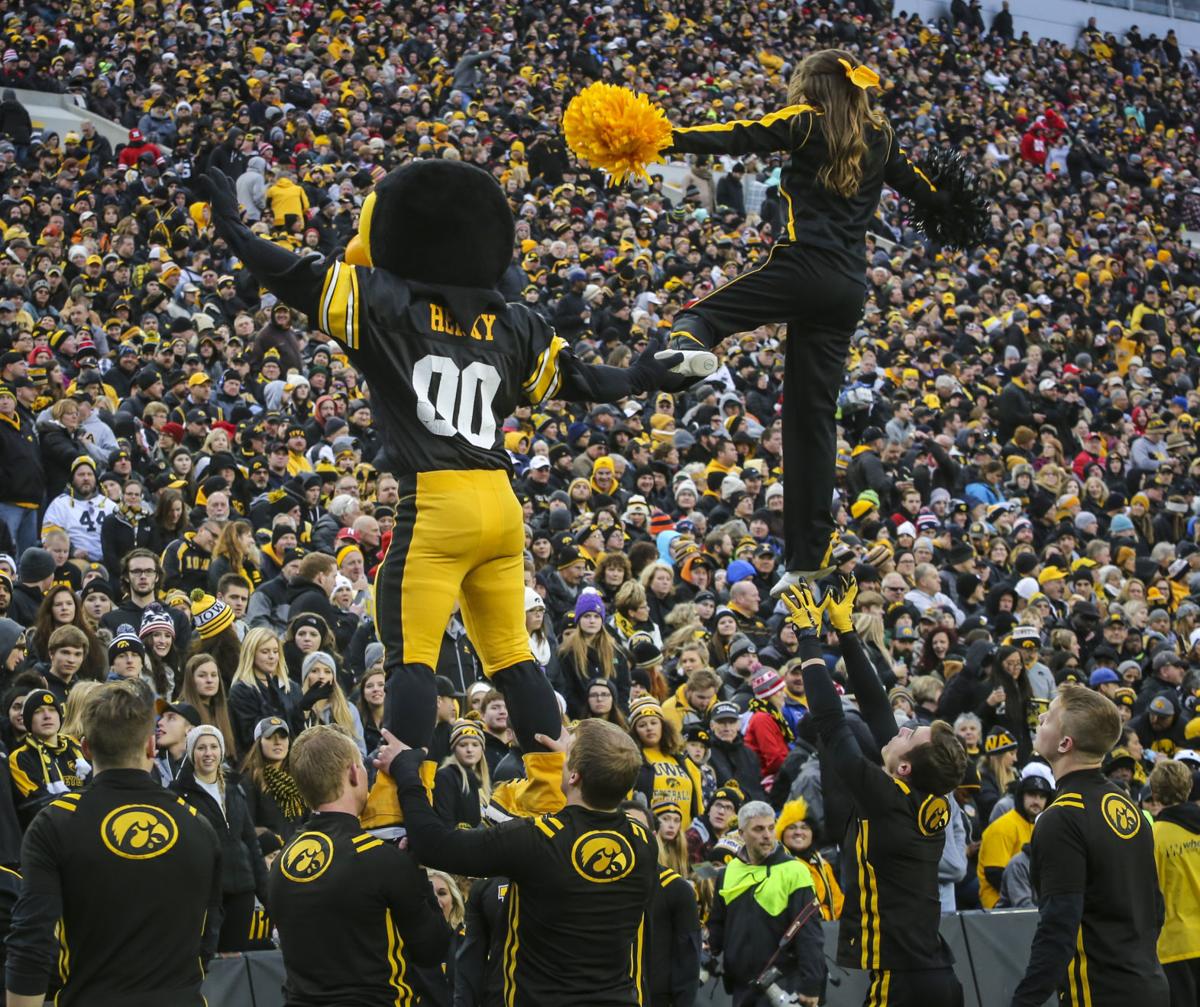 The exuberant atmosphere of football games at Kinnick Stadium has been an important tool in helping Iowa recruit basketball players in recent seasons.

If there are no college football games played this fall or if the games are played without fans, as it appears could be the case, it could have a profound impact on the University of Iowa’s recruiting efforts.

Not for the football program. Head coach Kirk Ferentz and his staff already are well on their way to lining up one of the nation’s best classes for 2021.

But in a chain reaction sort of way, it could have an adverse effect on the basketball program.

Football weekends at Kinnick Stadium have become a big part of the process of reeling in out-of-state recruits for head coach Fran McCaffery and his staff. It's that way at most Big Ten schools but it's been especially important at Iowa.

The Hawkeyes do a great job of identifying and getting involved with recruits early in their high school careers, often before other power-5 programs do so. Few staffs get to more AAU games in the spring and summer months, and McCaffery and his coaches invest a lot of time staying in contact with recruits.

But even after all of that, players who haven’t grown up in Iowa often are on the fence about the Hawkeyes. When they see the excitement and exuberant fan support on football weekends, it often solidifies their decision.

One of the best examples of that is the best player McCaffery has recruited in his decade at Iowa.

Luka Garza told us in an interview in the middle of his record-breaking 2019-20 season that he didn’t really start to think seriously about Iowa until he experienced Kinnick in the fall of his junior year of high school. Garza grew up in Washington D.C. and had been talking to the Hawkeyes since he was a sophomore, but he didn’t really know much about Iowa prior to that 2015 visit.

The Hawkeyes not only hosted Minnesota in a football game and Coppin State in basketball that weekend, but it also was the occasion of their historic outdoor wrestling match against Oklahoma State at Kinnick.

“It was a crazy environment to see,’’ Garza said. “Going from the basketball game to the football game and then (the wrestling match), it was just kind of a crazy weekend.

“I had a lot of fun and just seeing all the energy of the fans, what it would be like if I came here. I think it was just a really good interpretation for me to see as a kid who came to Iowa for the first time in his life, not knowing what to expect. It was nothing like what I expected. It was a lot of fun … When I came out here I just really felt at home.’’

Garza came back for the Iowa-Iowa State football game the following fall and made a verbal commitment to play for the Hawkeyes that weekend.

In fact, almost every major out-of-state recruit the Hawkeyes have gotten in recent years made his final choice on the heels of a football weekend visit.

Tyler Cook committed a few days after watching the Hawkeyes beat Pittsburgh 27-24 in 2015 on a 57-yard field goal as time ran out.

Joe Toussaint made his decision after attending the 2018 Iowa-Iowa State game.

Last fall, the Hawkeyes reeled in three recruits — Tony Perkins and Keegan and Kris Murray — after those players took in a home game with Purdue.

So, you can see what could happen if there are no fans in the stands at Kinnick, no spine-tingling, enthralling crowds to give recruits a view of the fan support they’d receive if they came there.

And this does figure to be a fairly important recruiting class for the Hawkeyes. At this point, they will have only two open scholarships, but the two players they are replacing are Garza and Jordan Bohannon. One has a chance to become the school’s career leader in scoring and rebounding. The other could hold that distinction in 3-point field goals and assists.

They don’t need quantity but there's a lot of quality there to replace.

With the early signing period six months away, the Hawkeyes are one of four Big Ten programs that has yet to secure a single verbal commitment for the 2021 class.

That’s actually not that unusual for them. While instate players such as Joe Wieskamp, Cordell Pemsl and McCaffery’s sons committed very early in their high school careers, it has been six years since Iowa had an out-of-state commitment at this stage of the recruiting cycle.

Most of their Big Ten peers are a little further along in assembling their 2021 classes. Wisconsin has three verbal commitments and Indiana has two — one of whom is thinking of reclassifying to 2020 — while Illinois, Michigan State, Minnesota, Nebraska, Northwestern, Ohio State, Purdue and Rutgers each have one.

According to Rivals.com, Iowa currently is involved with 11 uncommitted players among the country’s top 100 prospects. But it might be difficult to land any of those big fish without the nudge of a crazy Kinnick weekend.

One hundred days from the first kickoff of the 2020 season, Gary Barta expects there to be football this fall at Kinnick Stadium.

Cyclones have hope that turnaround is coming

Forgive Steve Prohm if he isn’t very interested in talking about what happened last winter. It’s history. Time to move on.

IOWA CITY — The University of Iowa’s two Big Ten outstanding sportsmanship award winner for this year both came out of the same sport.

Ken Burmeister, one of the assistant coaches on Iowa’s 1980 Final Four men’s basketball team, died Tuesday at the age of 77 following a battle…

When announcing his retirement as Augustana College's men's basketball coach last week, Grey Giovanine mentioned on more than one occasion the…

The exuberant atmosphere of football games at Kinnick Stadium has been an important tool in helping Iowa recruit basketball players in recent seasons.