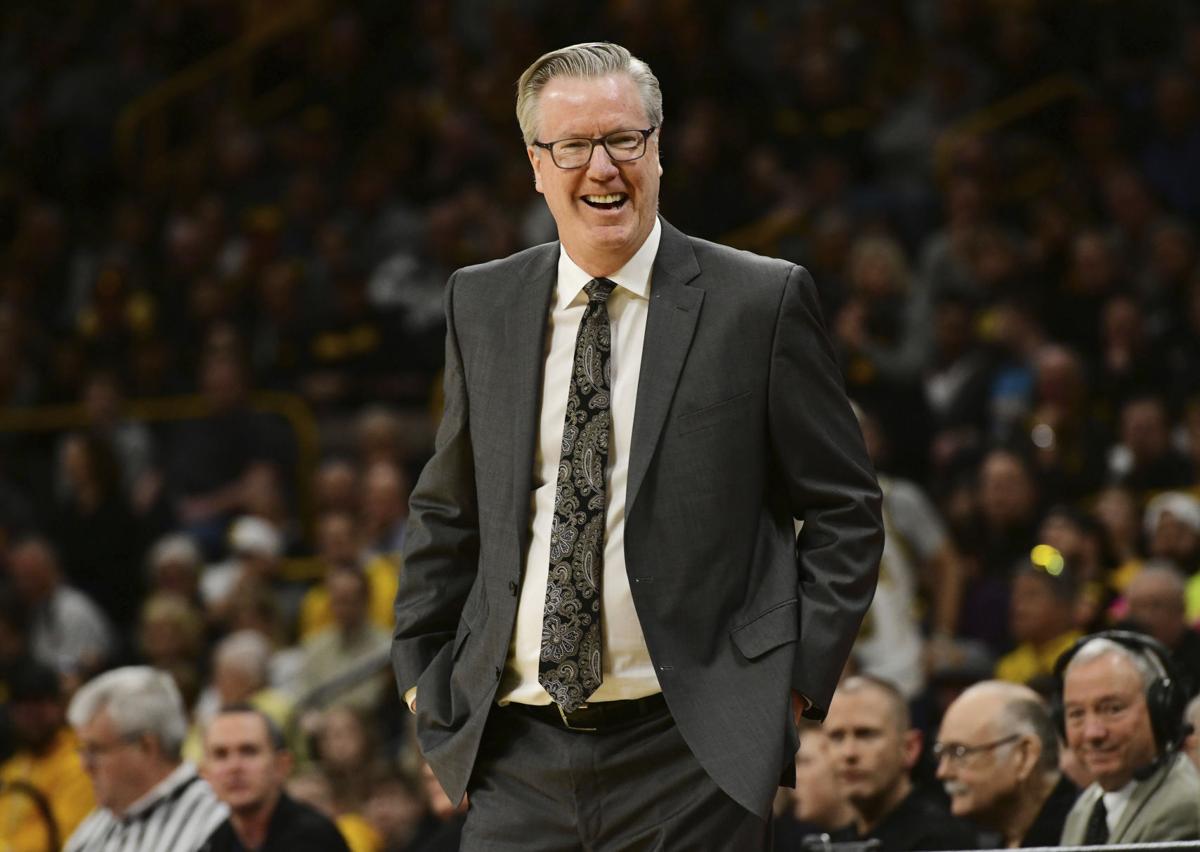 Iowa coach Fran McCaffery said he feels as though he has his "dream'' lineup intact now entering the 2020-21 season following Luka Garza's announcement Sunday that he will return to the Hawkeyes for his senior season. 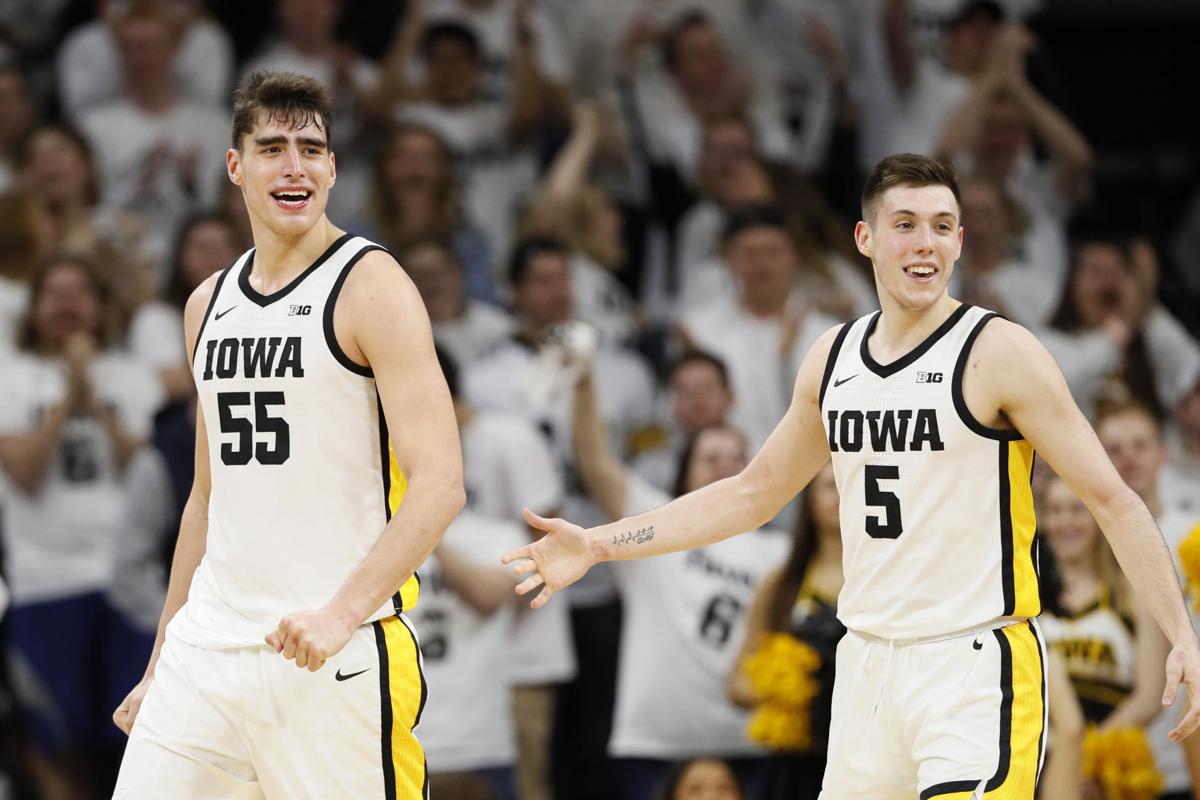 Luka Garza (55) and CJ Fredrick (5) are two of the key components for an Iowa basketball team that is hoping for one of the best seasons in Hawkeyes history.

After star center Luka Garza announced that he would return to Iowa for his senior season, Iowa coach Fran McCaffery appeared on a Zoom news conference with reporters and was asked if he now had his “dream lineup’’ intact for this season.

It’s the sort of question that often causes coaches to exercise caution.

With McCaffery, there was no hedging, no hesitation.

“No question,’’ he said. “I guess you would say it’s obvious because I’ve never had a team with seven starters returning. That sounds like a ridiculous statement but it happens to be the truth.’’

As he enters his 25th year as a head coach, McCaffery clearly believes what some experts already have been saying: That the ceiling for Iowa basketball this season is probably higher than it has been at any time in the program’s history.

The Hawkeyes have been picked as high as No. 3 in the country in some preseason projections and with Garza now definitely back on the roster after flirting with the NBA, the potential is there to end a 41-year Final Four drought.

“We have size, we have length, we have a multitude of good 3-point shooters,’’ McCaffery said. “We have really good passers who have a willingness to share the ball and the cohesiveness that is required because it’s a long journey … I think you have a mentally tough, veteran group with multiple talents and skill sets that blend very well together.’’

And yes, while it seems a mathematical impossibility, the Hawkeyes do sort of have seven starters returning from last season’s 20-11 team. Jordan Bohannon and Jack Nunge were starters before undergoing season-ending surgeries early in the campaign. And the five players who started almost every game after that all return.

The 6-foot-11 Garza is coming off one of the best seasons by a Big Ten big man in recent memory. If Iowa plays a full season, he should end up as the school’s career scoring leader and perhaps even its career rebounding leader.

Nunge was poised for a solid season at power forward before going down five games into the season. And Joe Toussaint provided the Hawkeyes with a jolt of backcourt tenacity when thrust into the lineup after Bohannon went out.

Add to that Patrick McCaffery, a top-100 recruit who played in only two games because of medical issues, and five new incoming freshmen and the possibilities seem endless.

“I’ve never had a team this deep and I think we have an excellent collection of youth, experience, length, quickness but most importantly character and mental toughness, and that’s what you need to advance in the NCAA tournament,’’ Coach McCaffery said.

Connor McCaffery said he thinks this team is so well connected because the chemistry extends beyond the bounds of the playing floor.

“We all trust each other,’’ he said. “We all know what everyone is good at.

“I think when you have all of these weapons, it’s really hard for teams to plan defensively to stop you,’’ he added. “If they take away one thing, something else is going to open up. And we already know that no one can guard Luka 1-on-1.’’

Fredrick said everyone in the Hawkeyes’ rotation is capable of scoring bunches of points.

“So it’s going to be hard to just focus on one person, especially with Luka back,’’ he said. “The floor is going to be spread a lot more. Our shooters are going to be able to get some looks.’’

Coach McCaffery said he expects this team to be even better defensively, too, after making big strides in that area last season.

The potential for a special season had a lot to do with Garza’s decision to come back. He already has a shelf full of individual accolades, including a Big Ten player of the year trophy and six national player of the year awards. Now he’d like to add some team trophies.

His players know that isn’t going to just magically happen.

“I think we’ll rise to expectations because we’re going to be people who work just as hard as people are expecting us to.’’

Hawkeyes glad to battle actual team rather than parking police

The Iowa basketball team hasn’t gotten in a lot of games lately because of postponements related to the COVID-19 pandemic.

After-thoughts from Iowa’s 81-69 loss to Indiana:

Indiana at Iowa at a glance

Iowa coach Fran McCaffery said he feels as though he has his "dream'' lineup intact now entering the 2020-21 season following Luka Garza's announcement Sunday that he will return to the Hawkeyes for his senior season.

Luka Garza (55) and CJ Fredrick (5) are two of the key components for an Iowa basketball team that is hoping for one of the best seasons in Hawkeyes history.