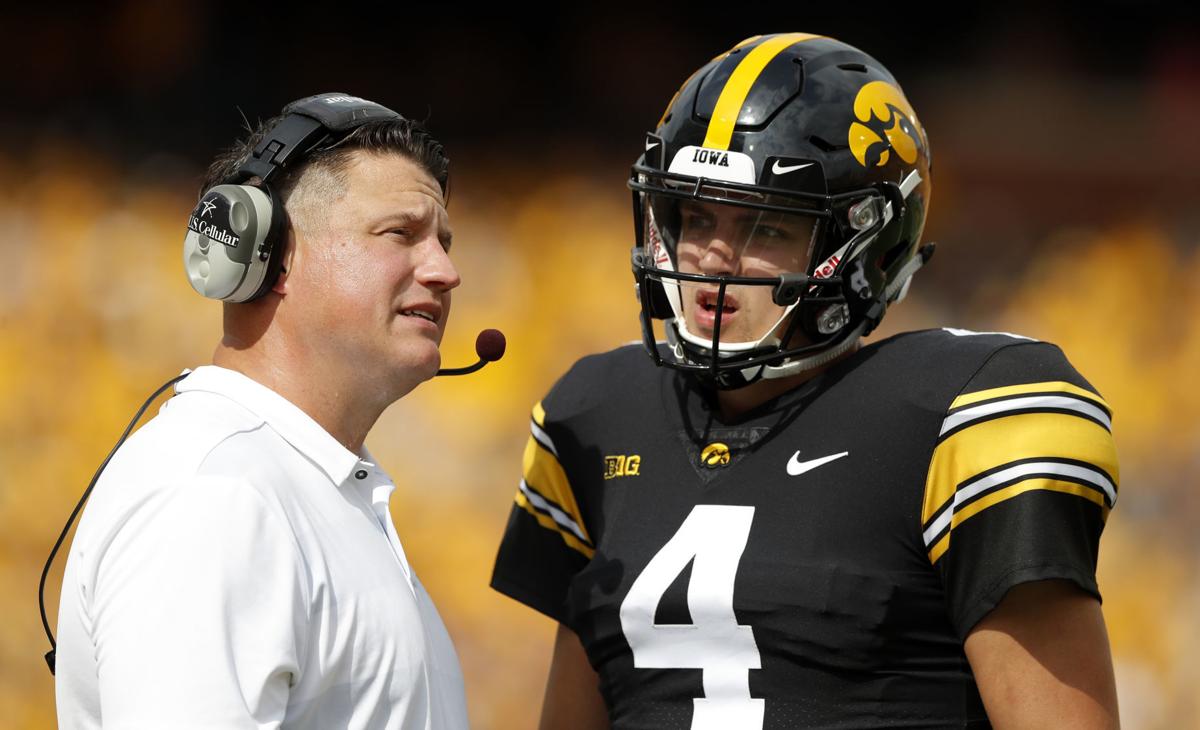 Iowa offensive coordinator Brian Ferentz talks with quarterback Nate Stanley, right, during the first half of the Hawkeyes' season-opening win over Northern Illinois at Kinnick Stadium. 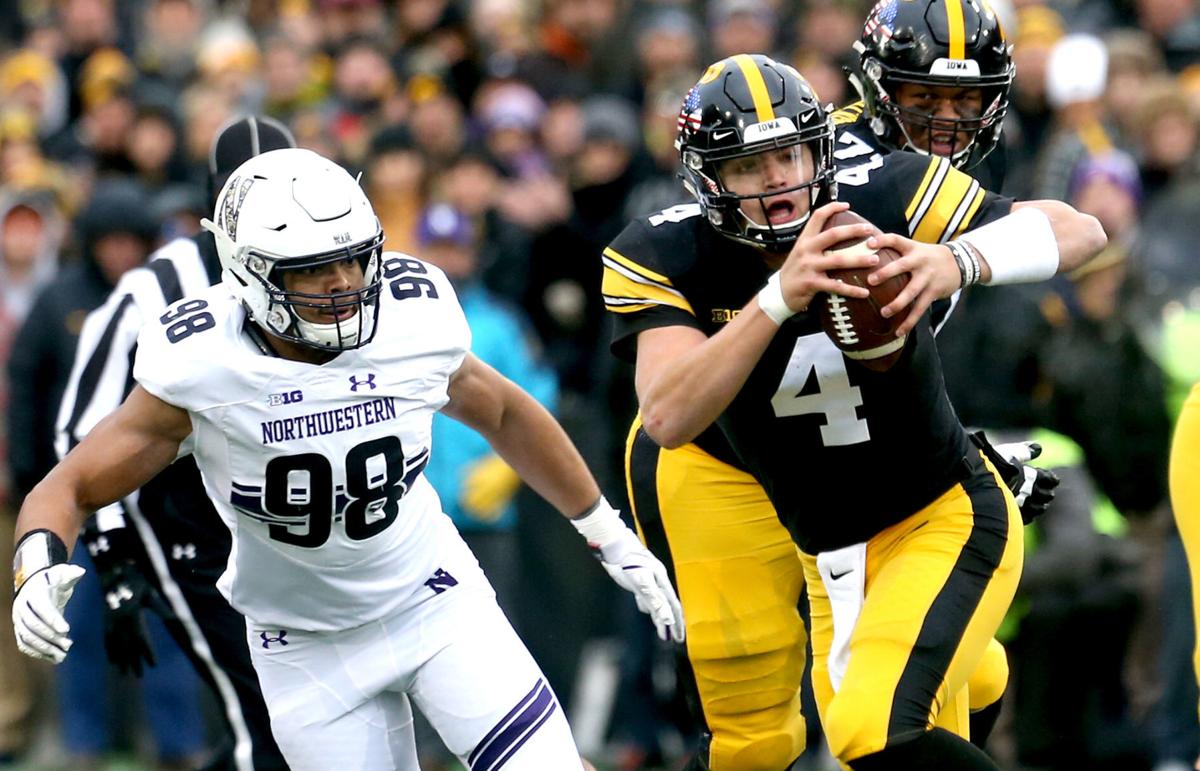 Iowa quarterback Nate Stanley scrambles against the Northwestern defense during first-half action of the Hawkeyes' 14-10 loss to the Big Ten West Division champs at Kinnick Stadium.

Iowa quarterbacks coach Ken O’Keefe understands why the junior is among the Hawkeyes seeking input from the NFL draft advisory board.

He also has his own spin on that question.

"Is anybody ever NFL-ready when they get started? Those rookies, very few of them are," O’Keefe said Wednesday. "He’s working hard to make us Outback Bowl-ready right now, and that’s the only thing we’re concerned about."

That approach has been at the core of O’Keefe’s work with Hawkeye quarterbacks since returning to the Iowa program following a five-year stint on the staff of the Miami Dolphins.

"Keep trying to improve every day," he said. "The rest of it is going to take care of itself. None of this is in your hands ever. The difference between college football and the NFL is that in college, the kids get to pick where they go and in the NFL, they pick you."

Stanley said earlier this month that he plans to return for his senior season at Iowa but he saw the opportunity to gain feedback from the NFL advisory group as he prepares for his final year of college football.

The 6-foot-4, 242-pound Menomonee, Wisconsin, native has the size and arm strength that NFL teams relish.

What Stanley hopes to gain is insight into areas where he needs to grow as he builds on a resume that includes throwing for 5,137 yards and 49 touchdowns during two seasons as Iowa’s starting quarterback, numbers that rank ninth and fourth on the Hawkeye career charts.

O’Keefe likes the progress he sees in Stanley’s second season under center.

He said he has moved from being a typical first-year starter — simply concerned about getting the play, getting it right, getting it communicated in the huddle and getting the ball snapped in time — to being able to adapt to situations as they arise.

"He can fix things on the field," O’Keefe said. "We talk about the job that the quarterback has out on the field every day, and the number one thing is he’s got to fix everything and make it right."

O’Keefe has watched Stanley develop that ability while helping lead Iowa to an 8-4 record and a spot in the Outback Bowl on New Year’s Day against Mississippi State.

Stanley’s completion percentage of 58.6 shows a three-percent improvement over his first season as Iowa’s starter.

"Really, the only time he got himself into trouble was when he tried to push through something that he wasn’t seeing quite right and would maybe put a ball where he really didn’t want it to go," O’Keefe said.

"That’s the one thing you’ve got to fight. You have to resist the urge to try to do something that you know isn’t quite correct and just keep moving on from there."

The ability of Stanley to rationally dissect what works and what doesn’t has helped as well.

O’Keefe points to the interception Stanley threw late in the fourth quarter of Iowa’s 30-24 loss at Penn State as an example.

"He didn’t get down on himself. You don’t have to hardly tell him anything in a lot of situations because he already knows," O’Keefe said. “He’ll tell you as soon as he comes off the field what’s going on. His ability to communicate what’s happening really helps me.’’

He believes the leadership traits Stanley has displayed have made a difference in the productivity of the Iowa offense.

"He provides a great example for our guys to follow, and that elevates everybody else’s performance around him. Everybody, coaches as well. That’s the standard that he sets," O’Keefe said.

"A great leader has got to be able to communicate in a really positive way no matter how tough the situation is. A guy drops a ball, you’re not going to get on a guy’s rear end about dropping a ball. You’ve got to help him through it."

O’Keefe said that frequently includes Stanley taking the time to work with teammates once practice ends, demonstrating commitment to improvement and growth, which leads to productivity.

"He puts in the extra time. Teammates see that, and when he asks them to do something to help him in the huddle, they respond," O’Keefe said. "Guys want to play with players like that. That is a trait that will only help him moving forward."

Iowa offensive coordinator Brian Ferentz talks with quarterback Nate Stanley, right, during the first half of the Hawkeyes' season-opening win over Northern Illinois at Kinnick Stadium.

Iowa quarterback Nate Stanley scrambles against the Northwestern defense during first-half action of the Hawkeyes' 14-10 loss to the Big Ten West Division champs at Kinnick Stadium.