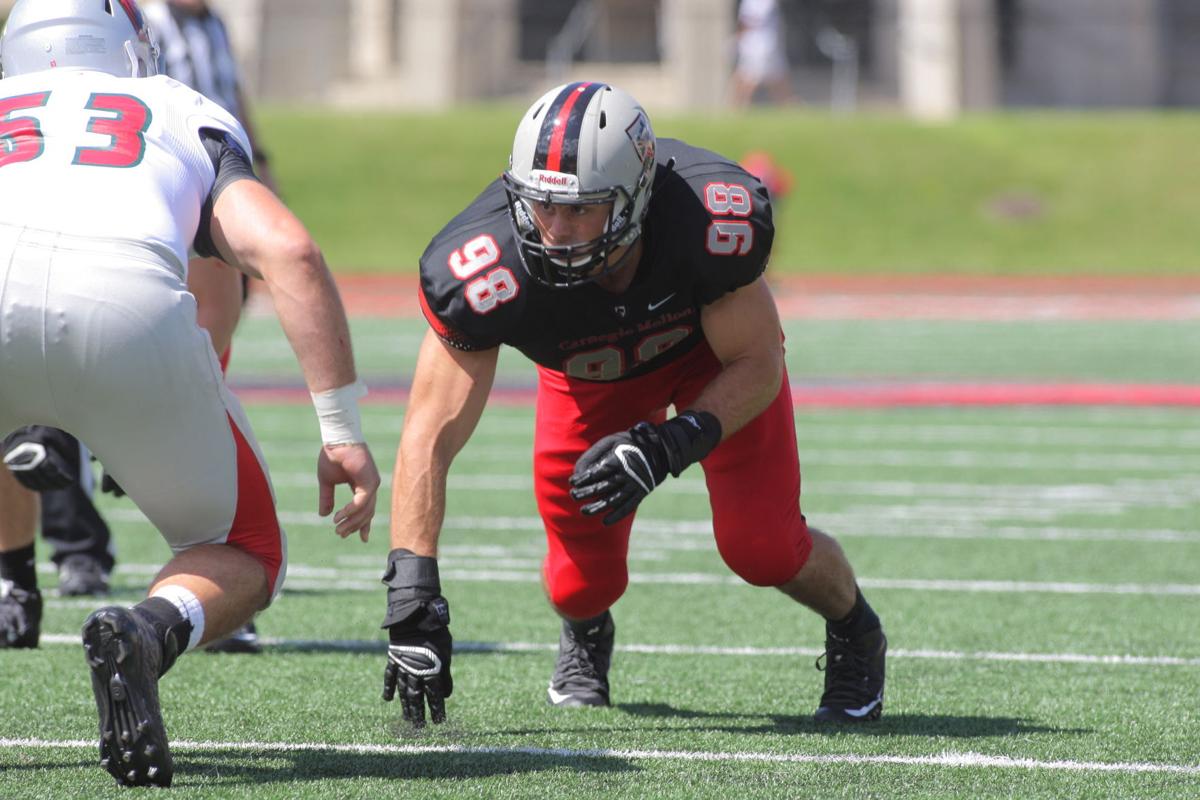 After being a dominant defensive end during his collegiate career for Carnegie Mellon at the NCAA Division III level, Davenport native and Bettendorf graduate Brian Khoury has signed a free-agent contract as a long snapper with the NFL's Baltimore Ravens. 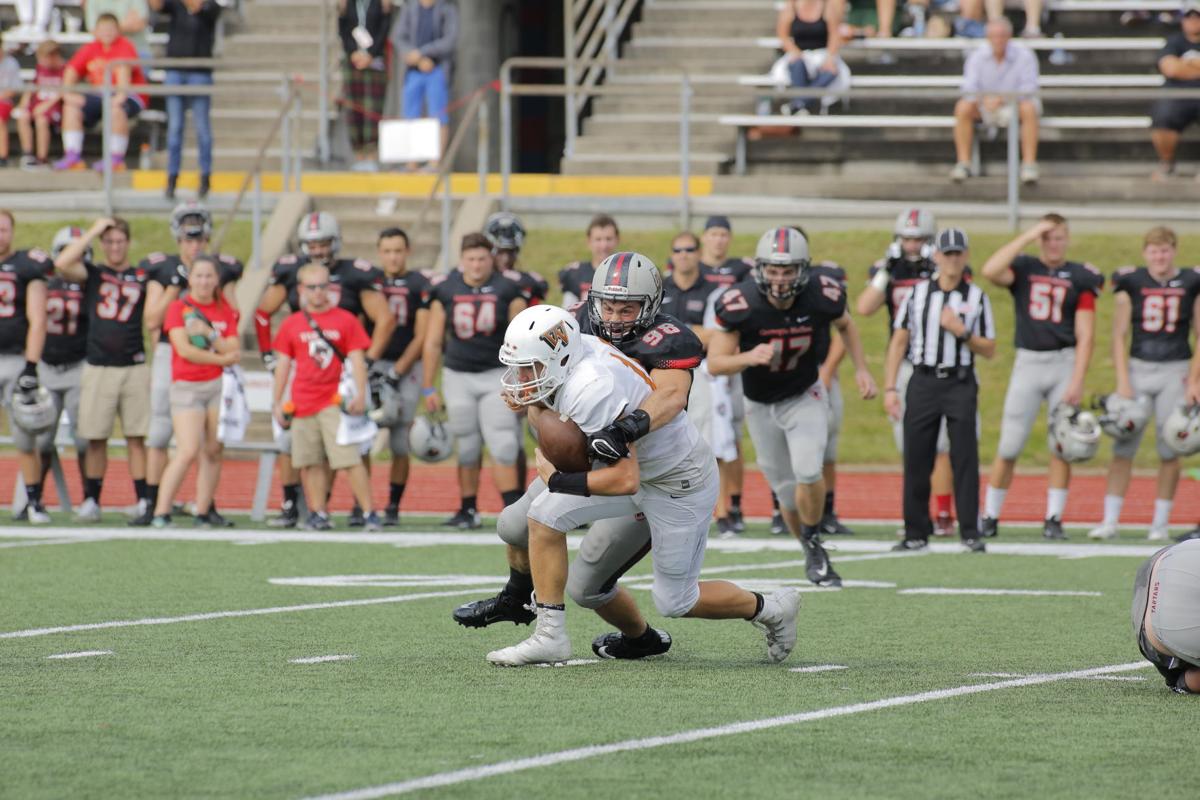 Determined, persistent and more than willing to adapt, the 2010 graduate of Bettendorf High School is preparing for a future in the NFL.

It hasn’t exactly played out the way he envisioned, but the one-time All-American defensive end for Carnegie Mellon at the NCAA Division III level has a signed an NFL free agent contract with the Baltimore Ravens as a long snapper.

"I’ve always loved competing and right now, I’m anxious to see where it all can lead," Khoury said. "I’m getting ready to give the Ravens everything I have."

The NFL team gave Khoury that opportunity last month, a chance to build on the experience he gained a year ago when he worked as a long snapper for the DC Defenders in the XFL.

Khoury played in each of the five games the Defenders played before the league shut down its operations at the onset of the COVID-19 pandemic.

The experience left him wanting more.

"It told me I could compete," Khoury said.

That has never been an issue.

Competition has been at the core of Khoury’s soul since he graduated from Bettendorf more than a decade ago, although football wasn’t a part of his thought process at the time.

Khoury’s expectations then centered around hockey.

He played for the Quad-City Junior Flames and spent time playing for junior teams in Massachusetts and New Hampshire, hoping to land a college opportunity.

"Hockey was my passion, and I took that as far as my skills would take me," Khoury said. "After a couple of years in Massachusetts, I realized that it was time to start thinking about something else."

He traded his skates for a return to the football field and an academic focus as an electrical and computer engineering major at Carnegie Mellon.

As a junior, he established a school record with 13.5 sacks and before playing his final college game as a defensive end in 2016, Khoury had earned all-conference honors and twice been named as the defensive player of the year in the University Athletic Association while establishing a school career record with 29.5 sacks.

He was also thriving in the classroom, earning academic All-American honors.

But, the itch to compete at the professional level still needed to be scratched.

When his college career ended, he met with scouts from several NFL teams, took part in several open tryouts held by Canadian Football League teams and tried to position himself for a call that never came.

"It became apparent that I wasn’t big enough or fast enough for what NFL teams were looking for. The guys from Division I programs, they had an advantage," Khoury said. "A couple of scouts had asked if I had ever snapped. I hadn’t, but it planted the seed."

Khoury was determined to learn how to snap the football, studying others and watching how long snappers with a frame similar to his 6-foot-3, 250-pound body were having success.

That came at a time when Khoury had just started working for the Ford Motor Company, living in suburban Detroit and putting his engineering skills to use in software manufacturing analytics.

Benefiting from time management skills he developed while attending Carnegie Mellon, Khoury followed a day’s work by working to improve his long-snapping skills each evening.

"It replaced a social life, but I was staying the course, putting my energies into giving myself an opportunity," he said.

He commuted to Indianapolis to train, and eventually Khoury was given the chance to participate in a combine hosted by former NFL placekicker Michael Husted.

Held in Alabama the same weekend as the Senior Bowl, it provided Khoury with additional networking opportunities that ultimately connected him with the Carney Training Facility, a California-based operation led by former NFL kicker John Carney.

With a chance to train around other athletes working toward similar goals, Khoury relocated to the San Diego area and now lives in Carlsbad, Calif. At the time, he continued to work remotely for Ford while seeing improvement in his long-snapping abilities.

In January 2019, Khoury went to an open tryout for the San Diego Strike Force and made the roster for the indoor football team which, in an ironic twist, brought Khoury home.

"My first pro game was against the Quad-City Steamwheelers in the Quad-Cities in an arena I had been to hundreds of times as a kid growing up," Khoury said. "That all was a little unexpected, but it was a step forward."

It also led to a chance later in 2019 to participate in the Spring League, a two-week scouting event in Texas where XFL coaches were plentiful, and in October of that year, Khoury was selected by the DC Defenders.

That left Khoury with a decision to make, either continue to work for Ford or pursue his football dream.

He chose the latter and played in all five of his team’s games early in 2020, not regretting any of it.

"It gave me a chance to compete, a chance to be seen, and I feel like that experience put me in a position to have the opportunity I have now with the Ravens," Khoury said.

When the Defenders' season came to a sudden end, Khoury spent a lot of time marketing himself to NFL teams.

He posted hundreds of YouTube videos of him snapping, sending many off to NFL coaches, scouting directors and other personnel he believed might help him secure a chance at the next level.

Khoury estimated that in January and February, he may have sent out around 1,000 emails. The result? Around 30 responses, but time well spent.

"I had to advocate for myself. If nothing else, if they picked up a phone and talked to one of my references, I believed it could help me," Khoury said. "With the film from the XFL, I became less of a risk for an NFL team. I knew I had to stay the course, trust what I was doing and see where it would lead."

Khoury isn’t certain when he first landed on the Ravens’ radar but his performance at a free agent combine in March and interviews with special teams coach Randy Brown and Scott Cohen, the director of research for the organization’s analytics department, led to Khoury being offered a contract.

"I’m just grateful for the opportunity, and I’m going to put the same work into it now that I put in to getting to this point," Khoury said. "I want to show them they made the right decision."

Two Iowa football legends will be honored during a special Pro Football Hall of Fame enshrinement ceremony to be held later this month.

After being a dominant defensive end during his collegiate career for Carnegie Mellon at the NCAA Division III level, Davenport native and Bettendorf graduate Brian Khoury has signed a free-agent contract as a long snapper with the NFL's Baltimore Ravens. 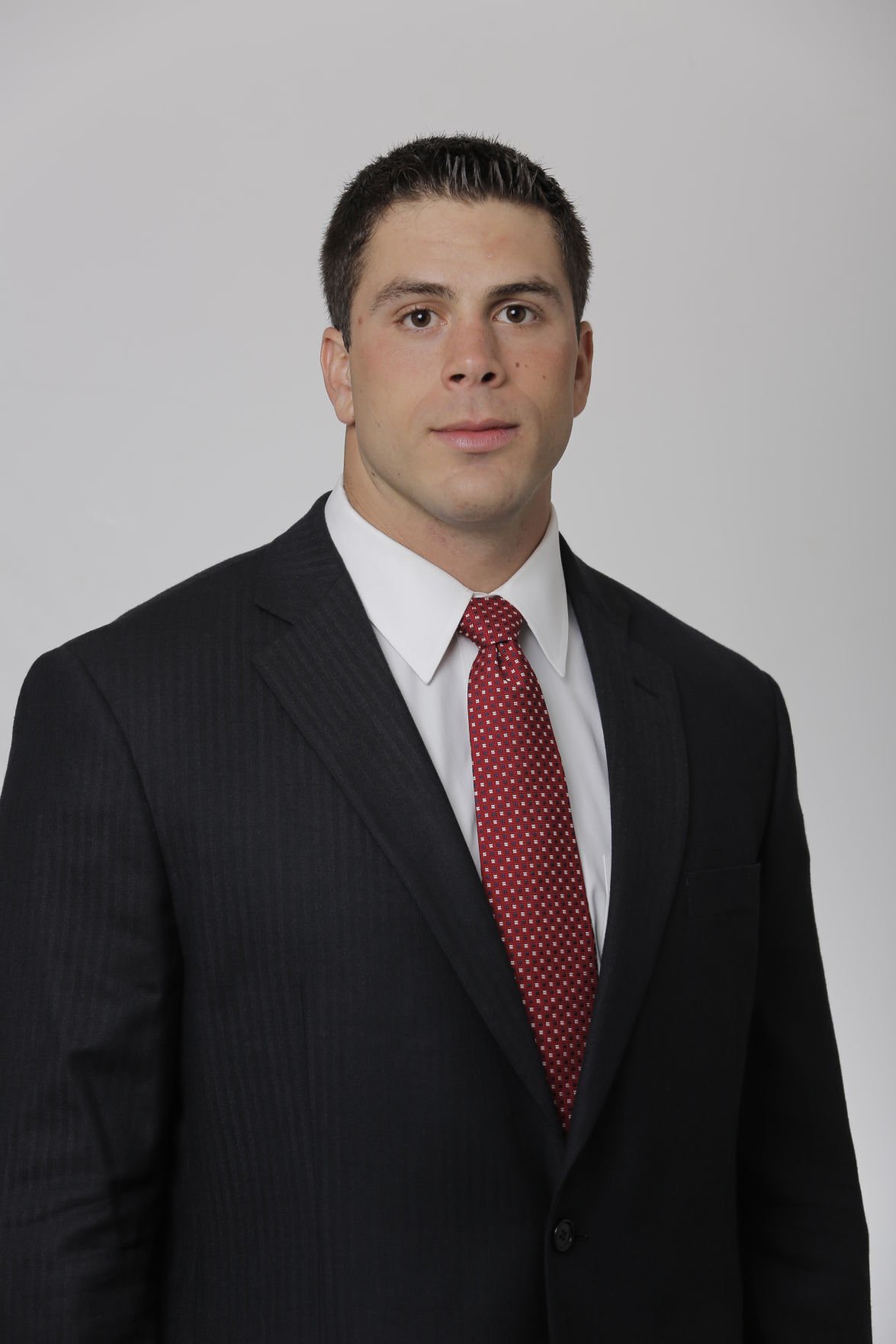