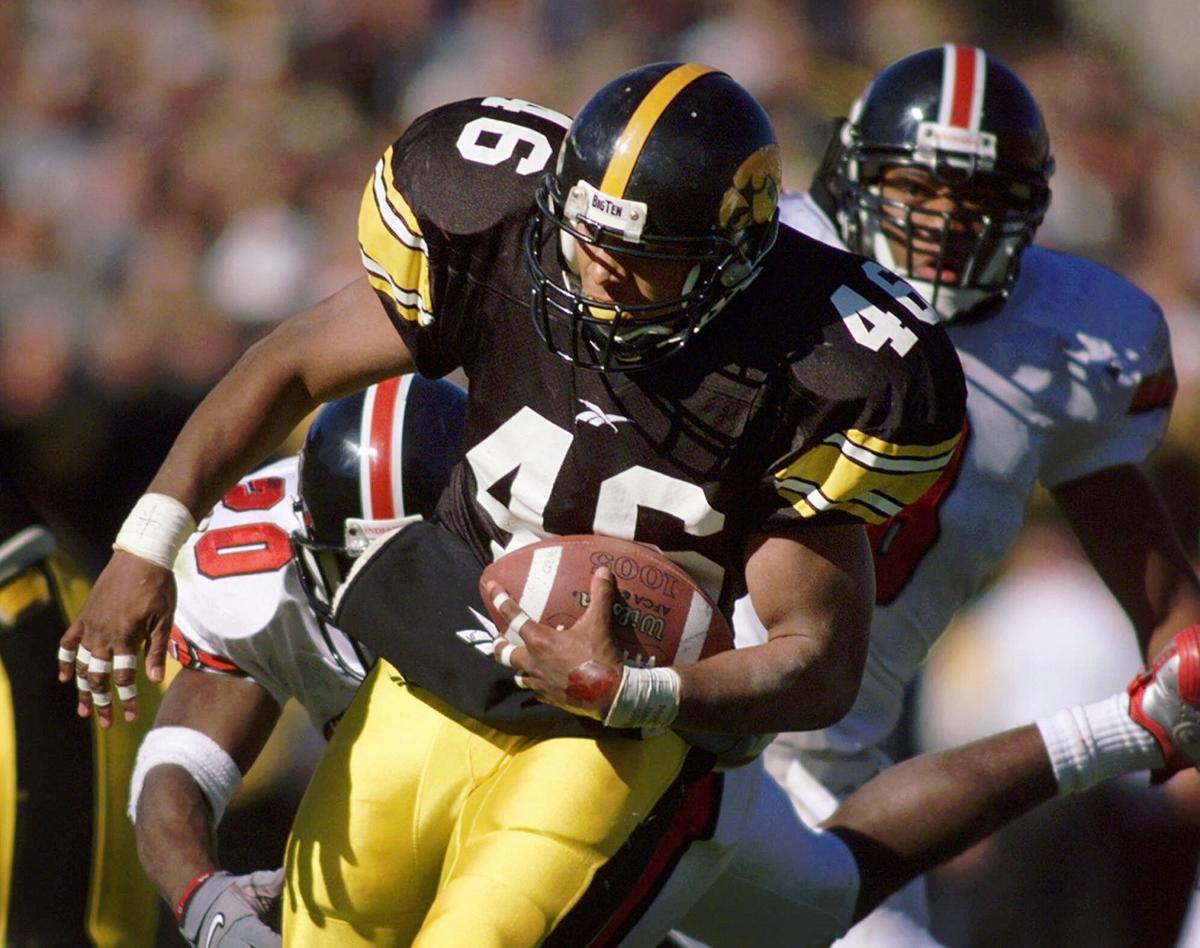 Iowa running back Ladell Betts breaks a tackle by Indiana's Greg Yeldell, background left, during a 29-yard touchdown run in the second quarter in this Saturday, Oct. 23, 1999, file photo. Betts has returned to Iowa and is coaching running backs. 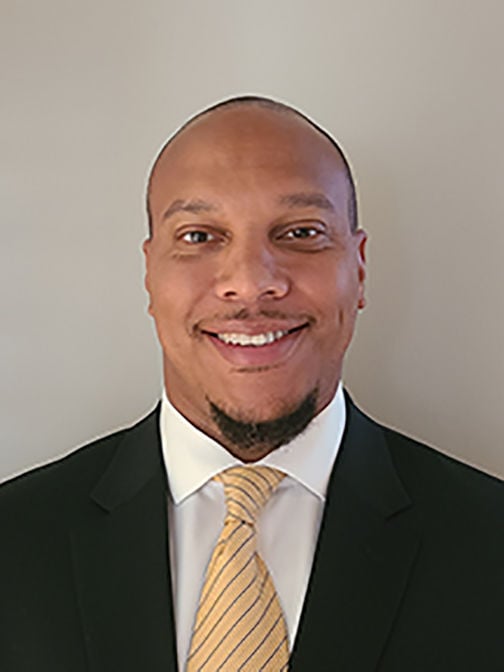 Looking around, it would be easy for Ladell Betts to get nostalgic.

He spent five years on the University of Iowa campus, lured to become part of the Hawkeye football program by Hayden Fry and now returning to a place where he developed into one of the most productive running backs in Hawkeye history.

Kinnick Stadium was the turf Betts owned in college, the only Iowa player ever to lead the team in rushing in four consecutive seasons and a player whose work in the backfield helped establish coach Kirk Ferentz’s program.

During his time as a Hawkeye, Iowa returned to a bowl game for the first time after a three-year absence in Betts’ senior season in 2001 and the 3,686 rushing yards he collected still sits in second on Iowa’s all-time career list.

It would be easy for Betts to bask in all of that at the onset of his college coaching career, but the Hawkeyes’ newly-hired running backs coach isn’t looking for easy.

“From day one, I told the guys that their job was to make my job as difficult as possible,’’ Betts said. “I told them ‘I want you performing at such a high level in practice that it makes it tough for me decide who to put out on the field.’”

That’s one challenge Betts, who never liked getting tackled during a 20-year football career that included nine as a player in the NFL, doesn’t mind tackling as he settles into his new role.

He returned to Iowa in March, hired to coach Iowa running backs after Derrick Foster left to become an assistant coach with the Los Angeles Chargers.

Betts noticed some changes, new surroundings in Iowa City and a now five-year-old football complex that he had never seen before pursuing the coaching opportunity.

He liked what he found inside even better than the spacious surroundings.

“I inherited a great group of guys, high character, talented,’’ Betts said. “I have never met coach Foster, but it is clear to me that he established a solid foundation in that room.’’

Betts also inherited an all-Big Ten running back in Tyler Goodson, who in 2019 became the first true freshman ever to lead Iowa in rushing and a back who has averaged 5.1 yards per carry while leading growth in the Hawkeye ground game the past two seasons.

The 5-foot-10, 200-pound junior is one of a relatively small group of players Betts finds himself working with this spring.

With senior Ivory Kelly-Martin not expected back until fall camp as he recovers from knee surgery, redshirt freshmen Gavin Williams and Leshon Williams have seen additional work during Iowa’s 15 spring practices.

Nolan Donald, a sophomore walk-on from Morton, Ill., also has shifted from receiver to running back this spring.

“They’ve done everything I’ve asked of them. I’m pleased with the whole group,’’ Betts said.

With the exception of Kelly-Martin, all of Iowa’s running backs are participating in their first set of spring practices this year.

Betts welcomes the chance to work with the entire group on fundamentals and he sees growth throughout the depth chart.

He calls Goodson “a tremendously talented young man’’ and likes what he sees in Gavin Williams and Leshon Williams.

“Tyler Goodson has vision and he has the ability to put action with that vision,’’ Betts said. “Some backs have one or other, but he has both.’’

Betts found the learning curve to be manageable as he joined offensive line coach George Barnett in joining the Hawkeye coaching staff this spring.

While the facilities have changed, the approach to the running game at Iowa hasn’t changed all that much since Betts was carrying the ball for the Hawkeyes.

He said during the interview process, offensive coordinator Brian Ferentz suggested that might be the case.

“Brian Ferentz told me he wasn’t worried about me needing to learn the offense, that I would remember a lot of it as I reviewed things and that has been the case,’’ Betts said.

“You have zone, gap and lead schemes and we did all three of those when I played here. While football has changed, at the end of the day the run game is the run game and honestly, it hasn’t changed that much.’’

Before arriving at Iowa, Betts spent eight seasons as a high school assistant and head coach in Florida.

He said the biggest change in what he does will not be on the field, but off it.

Recruiting will be a new thing for Betts and he is working to learn and understand all of the ins and outs that accompany recruiting college athletes.

“I’ve seen from the other side, but it’s the compliance things that I have to learn,’’ Betts said. “As for coaching football, I’m comfortable doing that.’’

Iowa running back Ladell Betts breaks a tackle by Indiana's Greg Yeldell, background left, during a 29-yard touchdown run in the second quarter in this Saturday, Oct. 23, 1999, file photo. Betts has returned to Iowa and is coaching running backs.