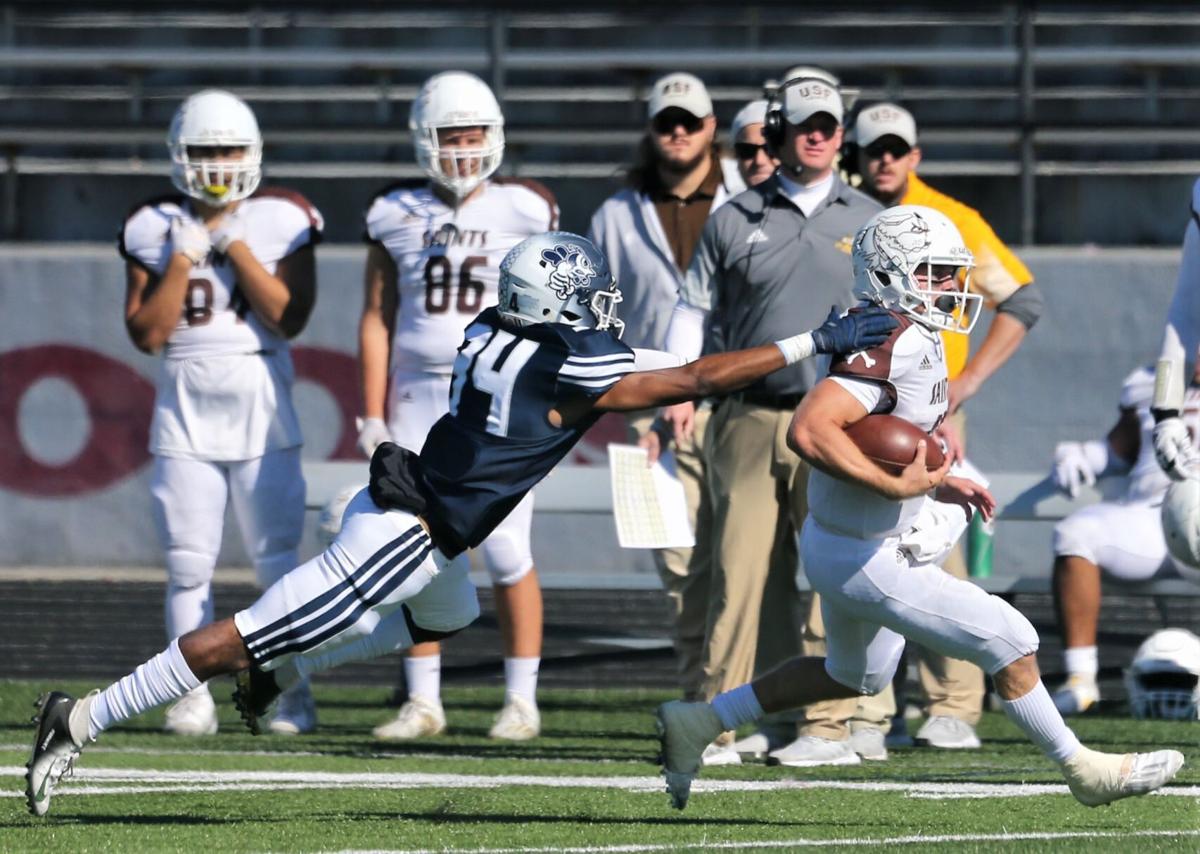 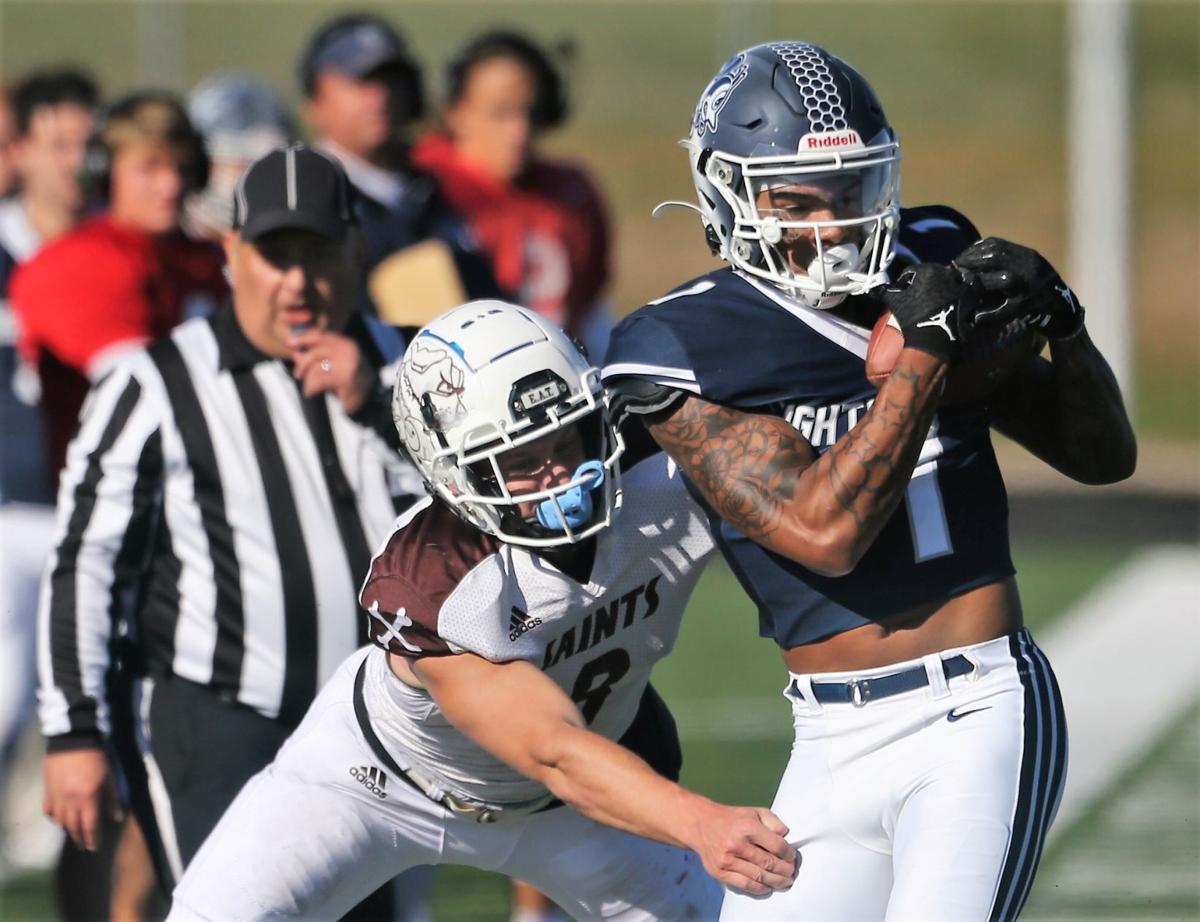 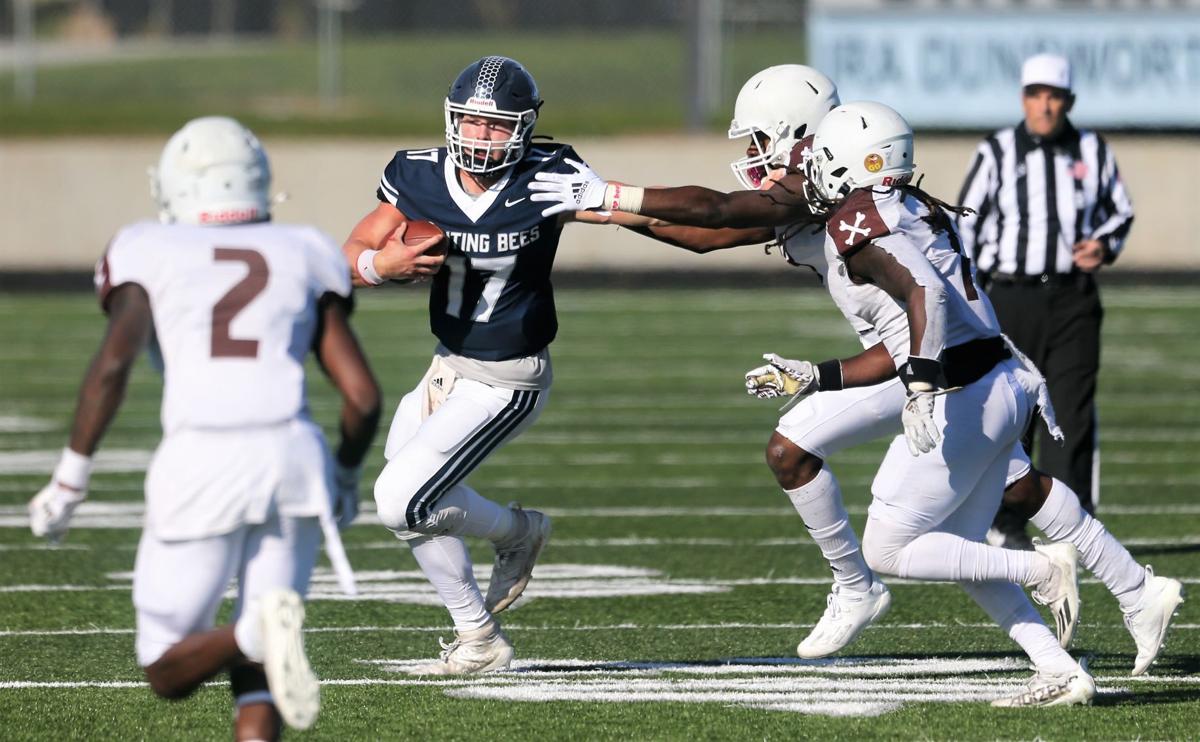 One step forward, one step back.

Unable to build off of a victory over 12th-ranked Olivet Nazarene a week earlier, the Fighting Bees struggled to find any rhythm on either side of the ball in a 35-14 loss to St. Francis (Ill.) at Brady Street Stadium.

The Fighting Saints were the aggressors from the start, using the abilities of freshman quarterback Sam Tumilty and a defense that limited the Fighting Bees to two first downs through three quarters to remain unbeaten in Mid-States Football Association Midwest League play.

Tumility ran for 211 yards and all five St. Francis touchdowns in addition to completing 14 of 23 passes for 162 yards.

"He stepped up and made some big plays for them on third and fourth down, ran the ball well on a couple of (run-pass options). He was a handful," Magistrelli said.

Tumilty was at the controls of an offense that piled up 489 yards and converted on five of the six fourth-down plays on its way to building a 35-0 lead by the end of the third quarter.

That willingness to take a chance on fourth down and the ability to successfully move the chains on a fake punt call early in the third quarter were somewhat out of character from what the Fighting Saints had shown in previous games.

"They were very aggressive offensively and were ready to go from the start," Magistrelli said.

The biggest frustration for St. Ambrose was the inability to build off of the previous week’s win, turned back for the third time this season when attempting to follow a victory with a victory.

Magistrelli felt his team had a solid week of preparation, where the need to push forward following the Olivet Nazarene game had been mentioned repeatedly before taking the field against St. Francis.

"I felt like we were ready. We had good practices, but it didn’t carry over," senior linebacker Ethan Miebach said. "It’s been up and down like this all season. We need to get it figured out."

Saturday’s game got away from the Fighting Bees in the second and third quarters as a 7-0 game turned into a 35-0 problem.

"Our execution wasn’t there from the start," Miebach said. "Their quarterback made a bunch of plays. Credit to them. We felt like we had a good plan, but the execution, it wasn’t there."

Tumilty gave St. Francis a lead it wouldn't relinquish, scoring on a 1-yard run to complete a drive that was set up by a 22-yard pass to Liam Eldridge on a fourth-and-4 play from the Bees’ 40-yard line.

The Fighting Bees moved quickly on the ensuing possession before quarterback Tom Casey was intercepted by Angel Mota at the 8-yard line.

St. Francis moved to the Bees’ 8-yard line before Connor Dertz forced and recovered a fumble, but after a three-and-out by the St. Ambrose offense, Tumilty busted loose for touchdown runs of 19 and 45 yards to give the Saints a 21-0 lead at the half.

"We had a chance to make it a 7-7 game and weren’t able to capitalize. Things sort of snowballed on us from there," Magistrelli said.

On the first possession of the third quarter, St. Francis punter Brian Maday scrambled for a 14-yard gain on a fourth-and-1 snap from the Bees’ 32-yard line.

The successful fake extended an 18-play, 98-yard drive that took 7:50 off the clock and ended with Tumlity scoring a 3-yard run.

By then, John Benckendorf had replaced Tom Casey at quarterback for St. Ambrose after the sophomore connected on just 3-of-14 first-half pass attempts.

Benckendorf led the depleted SAU offense to a pair of fourth-quarter scores, handing off to Kaden King for a 7-yard touchdown run before hitting Mark Skokna with a 43-yard scoring pass.

One Eighty founder to be honored at Heroes Game

A Davenport man will be recognized as Iowa’s community hero for 2021 at Friday’s Iowa-Nebraska football game.

Huskers' Martinez out for Hawkeye game

The fifth quarter: From exceptional to ugly, Iowa just wins

Lopsided losses by Oregon and Michigan State created movement within the top 10 on my ballot for this week's Associated Press college football poll.