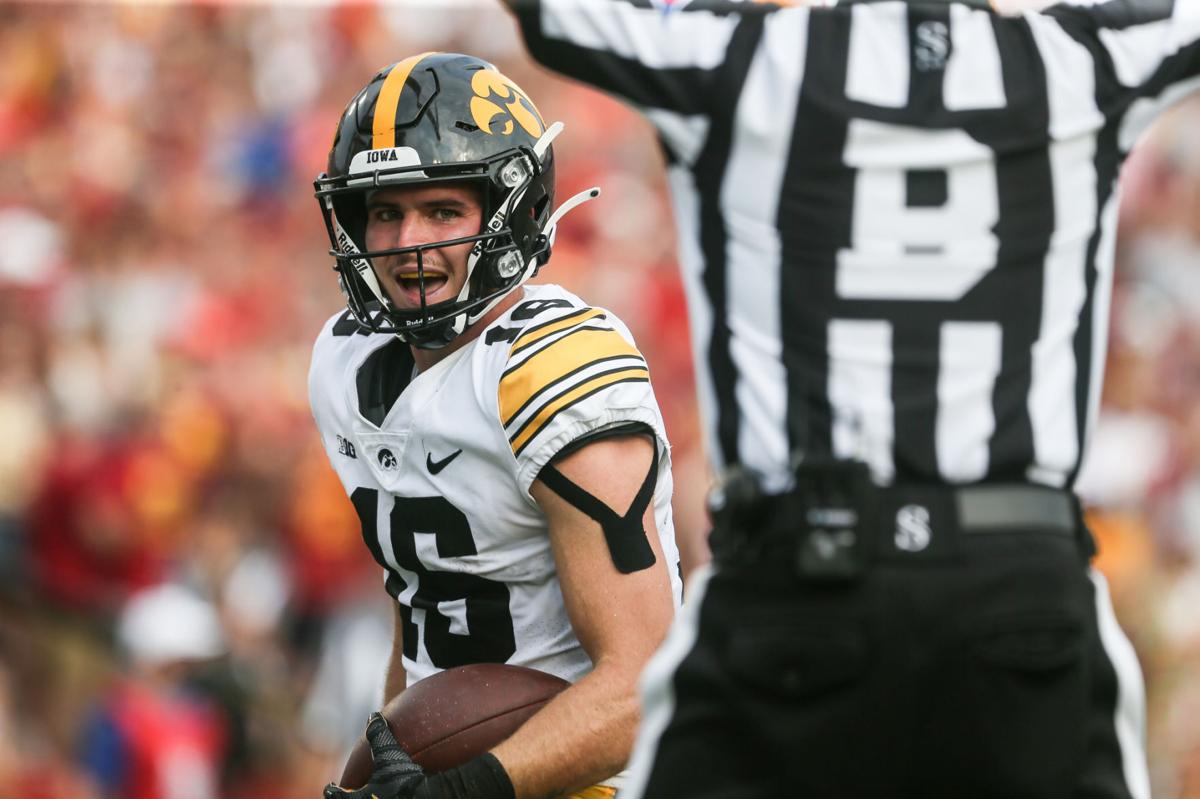 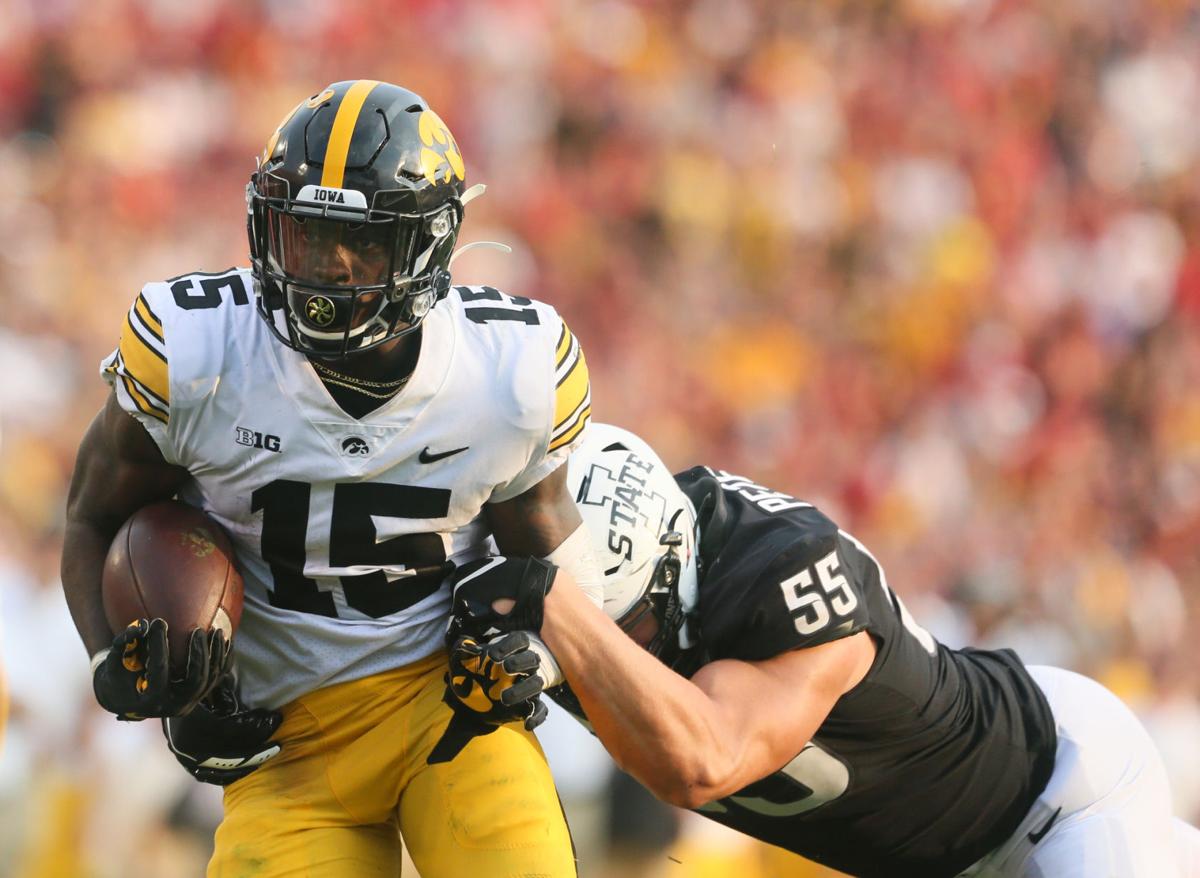 AMES – Charlie Jones found more than the end zone in the Iowa football team’s 27-17 win at Iowa State on Saturday.

He found room to run, collecting 133 all-purpose yards including 36 on a pair of catches, 44 on kickoff returns and 53 on punt returns.

Jones helped Iowa in all three areas against the Cyclones.

"I’m just doing what I can to help put our team in a good position," Jones said.

He found himself in a good spot late in the second quarter, collecting a 26-yard touchdown reception on a post route to give the Hawkeyes a 14-3 lead just over a minute before the halftime break.

"It all comes down to confidence and being able to run a good route," Jones said. "Spencer (Petras) put the ball where it needed to be."

Petras connected on 11-of-21 passes and his 26-yard scoring strike to Jones was his longest completion of the game against a challenging 3-3-5 defense.

"They play a challenging scheme, play hard," Petras said. "That play was Charlie beating the man he was responsible for, Luke (Lachey) I believe taking care of his guy. It was a huge play for us a great defense, well executed by everybody."

In the middle of it: Jestin Jacobs had one of his most productive games for the Iowa defense Saturday.

The Cyclones’ senior, playing his first game of the season, led ISU with four receptions for 34 yards but was limited to 12 yards after the catch in part because of Jacobs’ effort.

"I knew it would be a huge challenge. I knew the tight end was a great athlete," Jacobs said, adding that linebackers coach Seth Wallace encouraged him all week in practice to be ready to meet the challenge.

"He was pushing me all week, telling me what I would be up against and I knew I had to be ready to go out and do the job."

The sophomore deposited five punts inside the 20-yard line, had a long of 69 yards and had just one touchback.

"Eight of eight inside the 20 would have been good," Taylor said. "There is always work to do."

Not so Purdy: Brock Purdy had a rough outing for Iowa State, getting intercepted three times while completing 13-of-27 passes for 138 yards in the loss to Iowa.

Cyclones coach Matt Campbell, who replaced his senior quarterback with Hunter Dekkers early in the fourth quarter, said tape will tell the tale of Purdy’s performance.

"We believe in Brock, and he’s a tremendous leader," Campbell said. "If I know Brock Purdy, he’ll bounce back better than ever after we watch the film."

Behind the line: Iowa State’s defense had its moments against Iowa, limiting the Hawkeyes to 173 yards of offense and subpar average of 2.7 yards per play.

The Cyclones recorded 11 tackles for a loss in the game, including a pair each by Jake Hummel and former North Scott prep Zach Petersen.

One for Lee: Orion's Logan Lee recorded his first career tackle for a loss Saturday.

Lee, making his second start at defensive tackle, started a string of three straight stops behind the line of scrimmage by Iowa that ended ISU's second possession of the third quarter.

Senior O’Rien Vance, the defensive most valuable player of the 2021 Fiesta Bowl, watched the game from the sidelines in street clothes. Vance had five tackles in the Cyclones’ season-opening win over Northern Iowa.

He was replaced in the lineup by junior Gerry Vaughn.

Iowa starting guard Kyler Schott missed his second straight game because of a broken foot. Schott is expected to return to practice during the upcoming week.

The temperature at kickoff was 91 degrees with a heat index of 99.

The kickoff temperature was the fourth highest ever for an ISU home game.

Remembering 9/11: A moment of silence was observed prior to the start of Saturday’s game in memory of those who lost their lives on Sept. 11, 2001.

A tribute to Iowa State student-athlete Mari-Rae Sopper, a gymnast who was lost in the attack, and a flyover was part of the remembrance.

Looking forward: The talent on the field Saturday at Jack Trice attracted the attention of scouts from 11 NFL teams.

AMES — Nonconference is over.