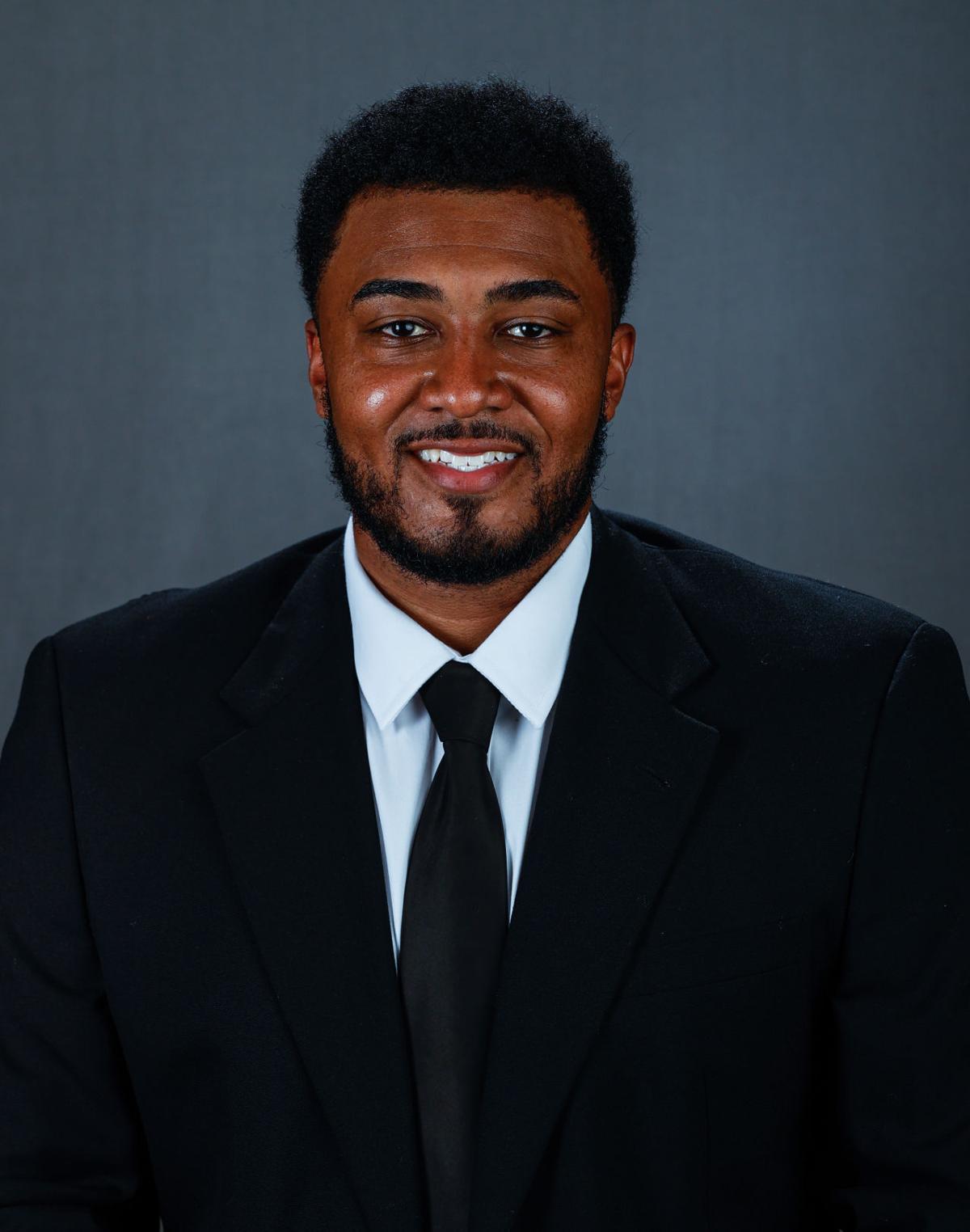 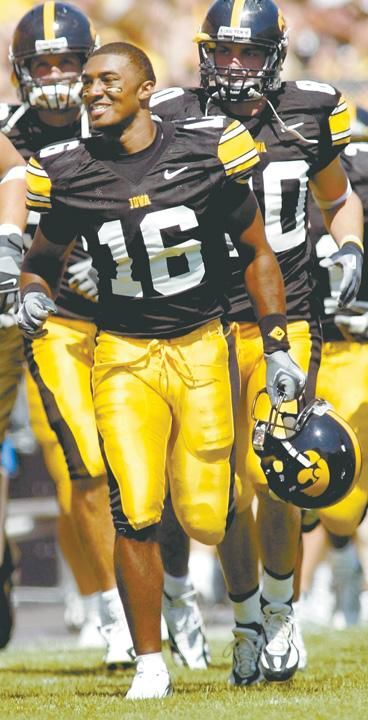 Iowa quarterback Jason Manson walks off the field at halftime during a 2006 game against Montana.

Jason Manson believes his own life experience will help him connect with the Iowa football players he now works with on a daily basis.

The former Hawkeye quarterback and receiver never had the opportunity to live out his NFL dream, but he does have plenty of real-world experience to bring to his new role as the director of player development for the Hawkeye football program.

Former Hawkeye Chigozie Ejiasi was the first to fill the position designed to assist players as they transition from high school to becoming a student-athlete at the collegiate level.

Ejiasi worked in that role for eight years before becoming the director of player engagement for NFL’s Tennessee Titans in 2016.

Manson sees his own story as one that can help new Hawkeyes adjust to the next phase in their athletic careers.

He arrived at Iowa from Bloomfield, Conn., as a quarterback but saw most of his college action as a receiver after spending plenty of time in a reserve role.

Manson did lead Iowa to a double-overtime victory as a quarterback at Syracuse in 2006, the only start of his career and a game decided by a goal line stand.

He finished his career completing 42-of-85 passes for 442 yards and one touchdown, rushing 22 times for 93 yards and catching three passes for 22 yards.

"My experience wasn’t a glorified one, especially from a playing perspective," Manson said Wednesday. "Nevertheless, I had a good college experience, and being able to give that to kids in the program is definitely something I can add."

He sees his new role as a position where he will also help Hawkeyes prepare for the next step in life, whether that takes place in an NFL stadium or, as he did, working for a cellphone company in a retail setting.

"I’m trying to add that perspective from being a player in the program and then figuring life out after that," Manson said.

It all can be a challenge, beginning with the transition that starts with nearly every player going from being the best player on their high school team to being surrounded by talent that matches or exceeds that to which they are accustomed.

"You’re kind of like a horse with blinders," Manson said. "Your goal was to come through here, graduate and make it to the NFL. But if that doesn’t happen, what’s next? You kind of just fall off of a cliff."

That’s where Manson comes in.

He spent time as a coach at the collegiate, high school and prep school levels before working as an assistant dean of students and head football coach at the St. Thomas More School in Connecticut, the role he was in before joining the Iowa staff last month.

"With the structure that’s in place here, you utilize it the right way, build a network and you’ll be fine," Manson said. "Most employers like the work ethic and the discipline and those things that come with being a student-athlete. You just have to figure out how to use that different element."

That is what took Manson some time to dissect when his Hawkeye career ended.

He recalls being with his girlfriend, having a child on the way and still holding out hope that his playing career would continue.

"I was still waiting for calls and trying to figure out if an agent was doing his job, stuff like that," Manson recalled. "We had a kid on the way and I wasn’t working, just kind of training. Long story short, a TV got broken and I ended up working."

That real-world reality led Manson to a job selling cellphones.

It also provided him with an appreciation for the role he is settling into now, being there for student-athletes as they transition from the successes of high school to the challenges of competing in the Big Ten.

"A couple of years in, it’s not always the same as it was at the start," Manson said. "As guys cope and adjust, I’m here to help."

That excites Manson about the possibilities that exist within the new role that he is just beginning.

He’s just getting started, putting names and faces together and learning as much as he can about the players on the current roster.

Manson has met with recruits and their families as they visited campus in recent weeks, providing an example about how the Iowa program prepares its players for life, wherever that may lead.

It’s an opportunity Manson relishes in his return to a campus that has changed a great deal in the years since his playing days ended.

"I’ve always thought I could come back to Iowa and add value to the guys in the program even though my time in the in the program wasn’t as glorious as others," Manson said. "I didn’t have an NFL career after and things like that, but I’ve had a good life, and they can, too."

Big Ten commissioner Kevin Warren said he has no regrets about the conference's handling of the COVID-19 pandemic during his first year on the job.

Walking into Lucas Oil Stadium for Thursday's Big Ten kickoff was a trip down memory lane for Bret Bielema, a return to where the new Illinois coach and former Iowa player coached his last Big Ten game.

Iowa linebackers Jack Campbell, Seth Benson are preparing for expanded roles as the Hawkeyes work toward the start of the 2021 season.

With approximately 70 percent of his players vaccinated for COVID-19, Iowa coach Kirk Ferentz hopes for a healthy start on and off the field for his Hawkeye football team.

Jim Polzin: Why a 'matured' Bret Bielema is good news for the Big Ten

Iowa baseball commit decides to play football for Hawkeyes instead

Iowa quarterback Jason Manson walks off the field at halftime during a 2006 game against Montana.