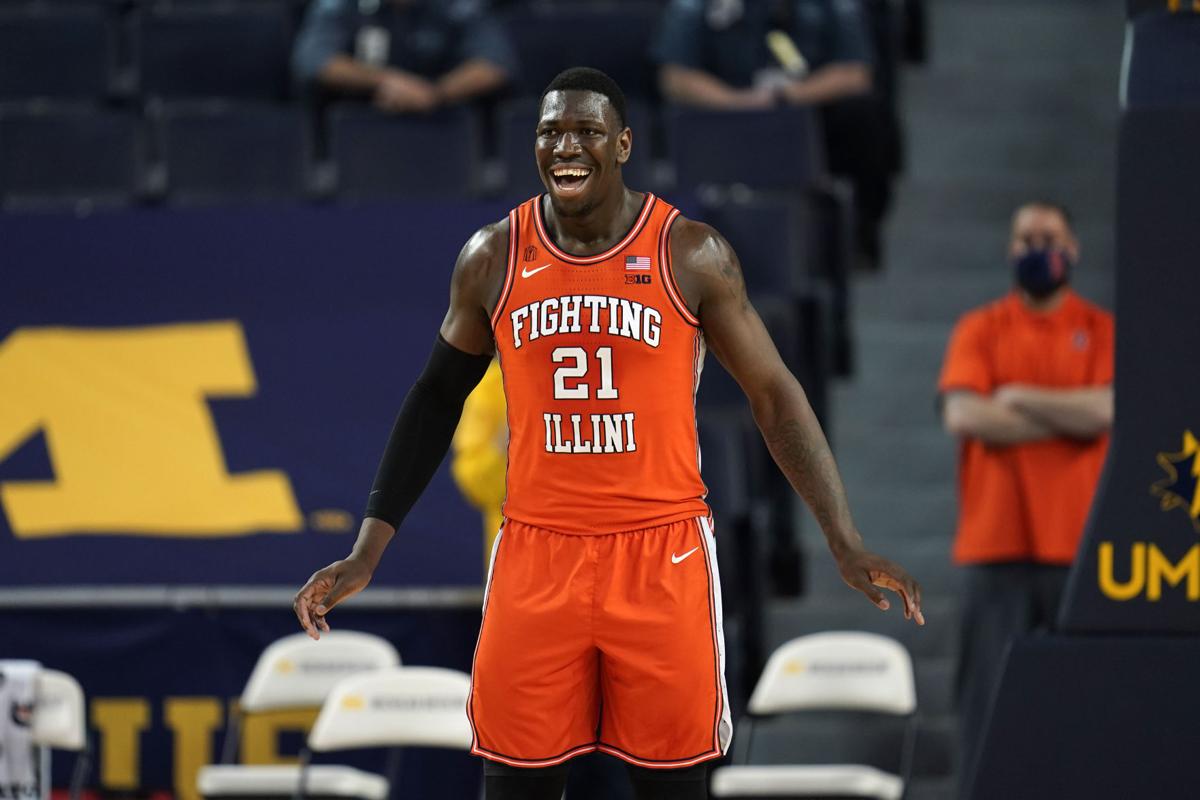 Star center Kofi Cockburn will return to Illinois for his junior season, he announced Friday.

Former Illinois defensive lineman Bobby Roundtree died Friday. He played for the Illini in 2017 and 2018.

Friday is a day that I will never forget, and I'm sure Illinois fans won't either.

On one hand, I was prepared. Star center Kofi Cockburn, who was named a consensus Second Team All-American last season, was set to make his college decision at any moment. The 7-footer would either return to the Illini for a third campaign or head off to Kentucky or Florida State, which were the other two programs he considered while in the NCAA transfer portal.

As I'm sure every other Illinois beat writer did, I had already written a story about Cockburn coming back to Champaign. That way, if that turned out to be Cockburn's choice, all I had to do was officially publish the story to our website and watch it spread like wildfire.

What I didn't anticipate, however, is that a few hours before Cockburn's announcement, as Illini fans held their breath, I'd be writing another story that would take it away.

And then Cockburn, a 21-year-old, returned.

Two significant moments in Illinois athletics history — on completely opposite ends of the spectrum.

It was the early afternoon on Friday when my Twitter feed started to fill with the news of Bobby's passing, and I didn't want to believe it. But when the football team officially announced it, it became all too real, all too fast.

One of the things about death, at least for me for me personally, is that there always seems to be a memory that I didn't know I had. A moment I thought I'd forgotten, but really it was tucked off in some crevice of my mind until the grief brings it back.

In Roundtree's case, it was a memory on the field, but not the one you're thinking of at Memorial Stadium. It was actually a few blocks over at the Illinois Center Playfields, which are used in the fall for intramural football.

A few years ago, while I was a student at Illinois, I was also an official for intramural sports. It was a fun job and an easy way to make money, but perhaps one of the funniest memories I have — which I was reminded of unfortunately due to Bobby's untimely death — is how he tried to sneak into a game.

There aren't that many rules for intramural sports at Illinois, but one of the main ones is that Illini athletes can't play the same (or similar) sports that they participate in for the university. And despite being 6-foot-5 and 245 pounds, Bobby really tried to convince me and my coworkers that he wasn't on the football team, even though he was donning Illinois gear from head-to-toe.

It was a hilarious moment because when I told him he couldn't play, he broke out in this sheepish smile and laugh as if he knew how unfair it would be. I mean, could you imagine Bobby in a flag football game? Of course, it's a non-contact sport, so there's no tackling, but there also isn't much of an offensive line either because players aren't allowed to use their hands to block.

So again, who's stopping Bobby on a pass rush, without using their hands? It's an impossibly humorous scenario, especially when you consider the trajectory of his career at the time.

My encounter with Bobby occurred in the fall of 2017, just before he emerged as a star during his first two seasons at Illinois. After a strong freshman campaign, the following year in 2018, Bobby recorded team highs of 12.5 tackles for loss, 7.5 sacks and seven pass breakups en route to being named a Big Ten honorable mention by the media.

It became clear that Bobby was destined for a professional career, and this was supposed to be the year when it all came together. He shared those thoughts via Instagram on May 1, the last day of the 2021 NFL Draft.

"First I just wanna say congrats to all of the guys going to the next level. This would've been the year I prepared all my life for, the 2021 Draft," Bobby wrote. "God had other plans, i just wish I could've seen what round/pick I would've been. I'm preparing for the league in another way. Young ones, get after it. Make your dreams turn into reality."

On May 18, 2019, Bobby suffered a severe spinal cord injury during a boating and swimming accident in Tampa Bay, Florida. It made him an incomplete quadriplegic, according to the Chicago Sun-Times, and subsequently ended his football career.

He was no longer able to walk on his own, a goal he was determined to accomplish again, but what sticks with me more than that is Bobby’s infectious smile and laugh. The same smile and laugh Bobby displayed when he tried to sneak into an intramural football game in 2017 are the same smile and laugh I saw years later in the videos he constantly shared via social media during his rehab.

In May 2020, just over a year after his career-ending accident, Bobby spoke to the media about how much his life had changed. One of the statements he gave during that interview, which I came across for the first time over the weekend, will resonate with me forever.

"God gives His hardest battles to His strongest warriors," Bobby said. "There was a reason why I got hurt. I don't think everybody would handle this as I am. I'm grateful that I'm still here and able to get strong every day."

And although Bobby didn't stay as long as any of us would've preferred, I have to think that a man like him, with such an unbreakable spirit and joyful soul, can never truly be gone.

A few hours after Bobby's death, the cause of which was not disclosed, I found myself reading a bunch of stories and social media posts about him and Kofi Cockburn — the two main topics of the Illini universe on Friday. The word "legacy" came up quite often in the things I read about Kofi, as his return adds to his already illustrious career in Champaign and makes Illinois one of the top men's basketball programs in the country.

However, I feel pretty confident in saying that Bobby has an undeniable legacy, too, that Illini fans will cherish long after his death. That smile and that laugh, which I had the pleasure of witnessing firsthand, are permanent reminders that regardless of what he did on any field, Bobby was larger than life.

And just as I shared my Bobby memory, I'm sure he'll live on as countless others do the same.

"For me, the thing that I'll always remember is his smile."

"This is where I'm going to cement my legacy. This is why I came."

"All those guys deciding to come back is one of the reasons why I wanted to stay. Obviously it's awesome for (us) to come back and give it one more round."

Unlike SEC commissioner Greg Sankey, who suggested Monday at SEC football media days that games for teams in his conference could be forfeited due to COVID-19, Warren's stance wasn't clear.

"The last time I was in this building, it was my last game as a head coach in this conference."

"Certainly the quarterback at Ohio State is gonna have an unbelievable opportunity."

First-year Illinois football coach Bret Bielema continues to reel in recruits, and he may have just landed his best one yet.

Former Illinois defensive lineman Bobby Roundtree died Friday, the team announced via a press release. He was 23 years old. The cause of his death was not disclosed. 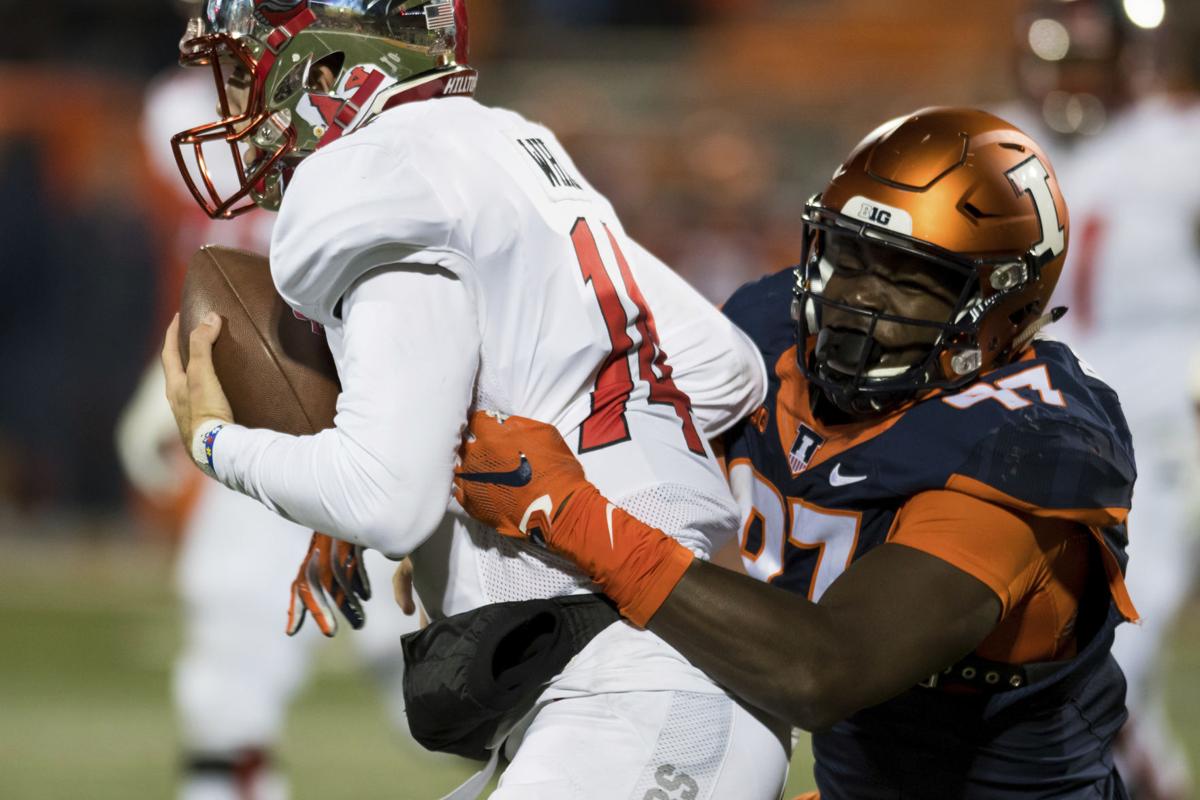 Star center Kofi Cockburn will return to Illinois for his junior season, he announced Friday.

Former Illinois defensive lineman Bobby Roundtree died Friday. He played for the Illini in 2017 and 2018. 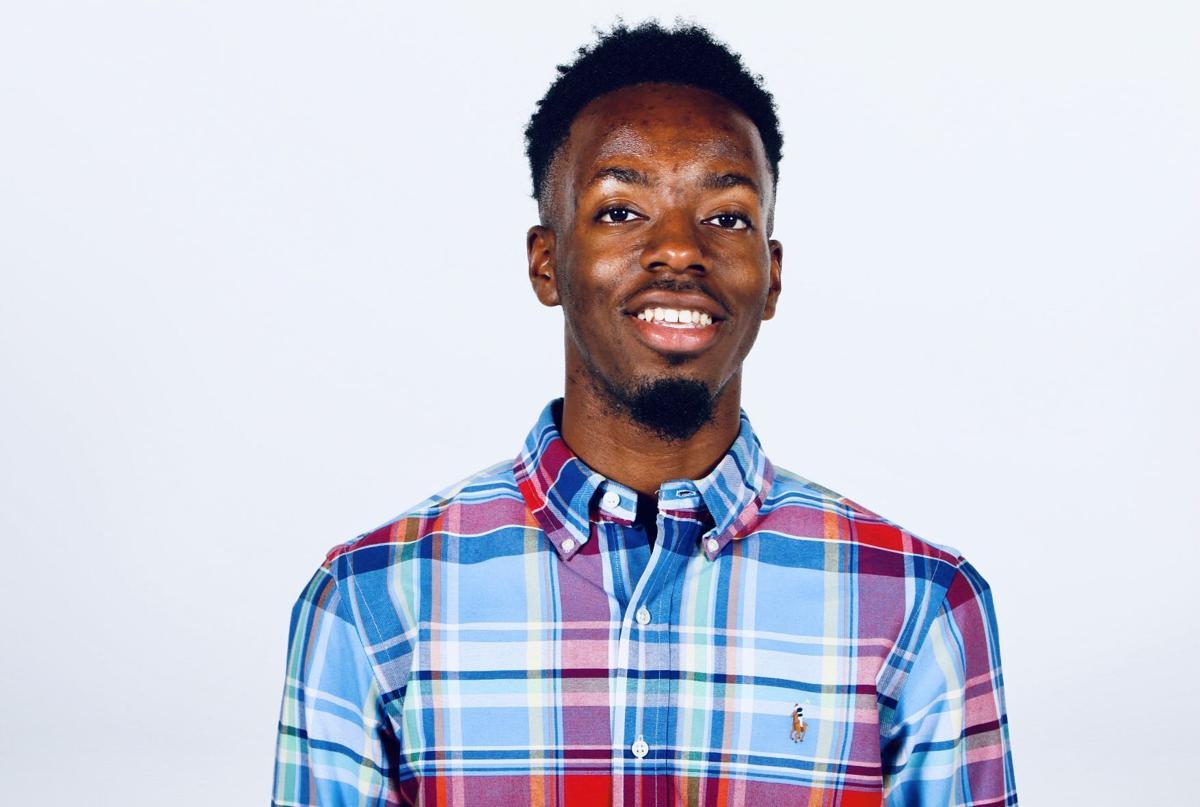