CHAMPAIGN — Kofi Cockburn became the second Illini in as many years to sign with an NBA team Thursday when he signed as an undrafted free agent with the Utah Jazz, according to a report from ESPN.

Cockburn signed an Exhibit 10 deal, according to The Athletic. That deal is a one-year non-guaranteed minimum contract of $953,000. It can be changed to a two-way contract with a bonus if Cockburn signs and spends 60 days with the Jazz's G-League affiliate.

Cockburn was a two-time All-American, two-time All-Big Ten selection and was the Big Ten Freshman of the Year in 2020. He was the only player in college basketball to average over 20 points and 10 rebounds in 2021-22.

He follows former Illini guard Ayo Dosunmu, who was drafted in the second round at 38th overall by the Chicago Bulls in the 2021 NBA Draft. Dosunmu was named second team All-Rookie after his first NBA season.

The Jazz get big depth in Cockburn with a post-dominant player who was one of the most physically imposing players in the country. They were 49-33 last season and finished fifth in the Western Conference before being knocked out in the first round of the playoffs.

In past decades he would have likely been a lottery pick in a more post-centric league but the evolution of the NBA has gone away from back-to-the-basket players like Cockburn, seeing him drop out of this year’s draft. A silver lining is that instead of being a second0round pick and facing an uphill battle to make a team, he gets to choose the destination he feels is best for a chance to crack a roster or play in the G-League as a two-way player and develop.

It's important to note that the Jazz run a drop pick-and-roll coverage with Rudy Gobert, a more traditional slower footed big defensively, that has some similarities to the drop scheme that Illinois ran with Cockburn under Brad Underwood.

Cockburn was one of 76 players to compete at the NBA Combine in Chicago in May. He’ll begin playing with his new team in the NBA Summer League on July 5 in Salt Lake City. The Jazz will also play Summer League games in Las Vegas starting July 9.

Zacharie Perrin, a 17-year old from France, will likely be the last piece added to the Illini's roster ahead of the 2022-23 season.

Illinois football has gotten eight commitments in the past three weeks while closing quickly after players make their official visits.

Bret Bielema and his staff have gotten to spend more time with freshman and the Illini's current roster this summer after an NCAA rule change.

Linebacker Tarique Barnes had a breakout in 2020 before injury and continued that into a 2021 campaign under the new staff. He's trying to take the next step as an important part of the Illini's defense in 2022.

Watch now: St. Rita's new big three are an Illinois recruiting priority for the Class of 2024

Illinois commit Morez Johnson and high school teammates James Brown and Nojus Indrusaitis are all targets for the Illini in the class of 2024.

Shauna Green was set for a pro career in Europe before injury struck. Then she got into coaching and rose to become the next women's basketball coach at Illinois. 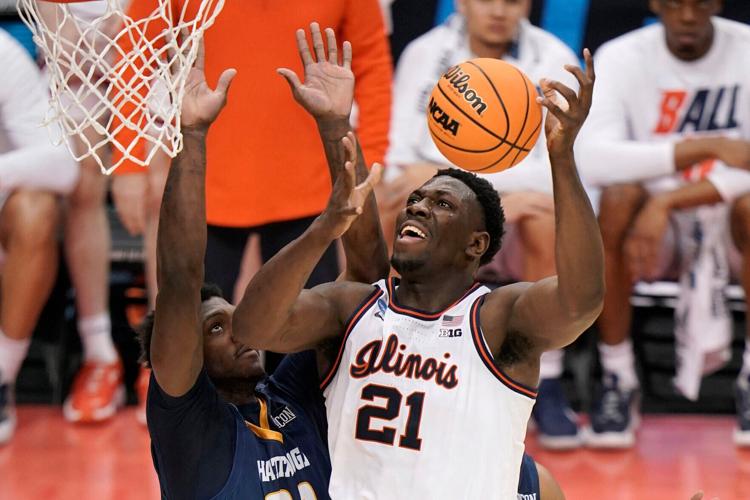 Illinois center Kofi Cockburn (21) during the 2022 NCAA Tournament. Cockburn signed an Exhibit 10 deal with the Utah Jazz on Friday. 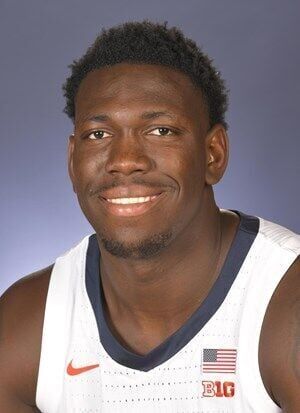