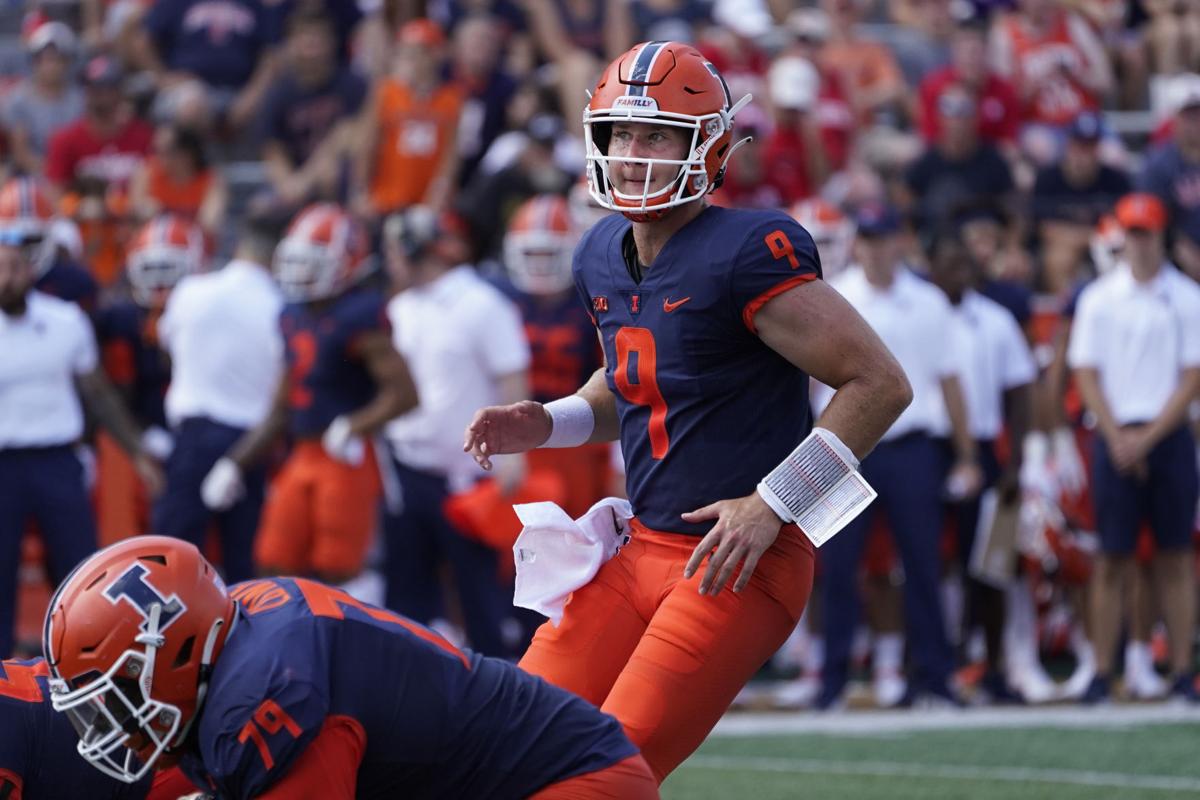 Illinois quarterback Artur Sitkowski is out for the season after suffering a broken arm against Penn State, according to Illini head coach Bret Bielema. 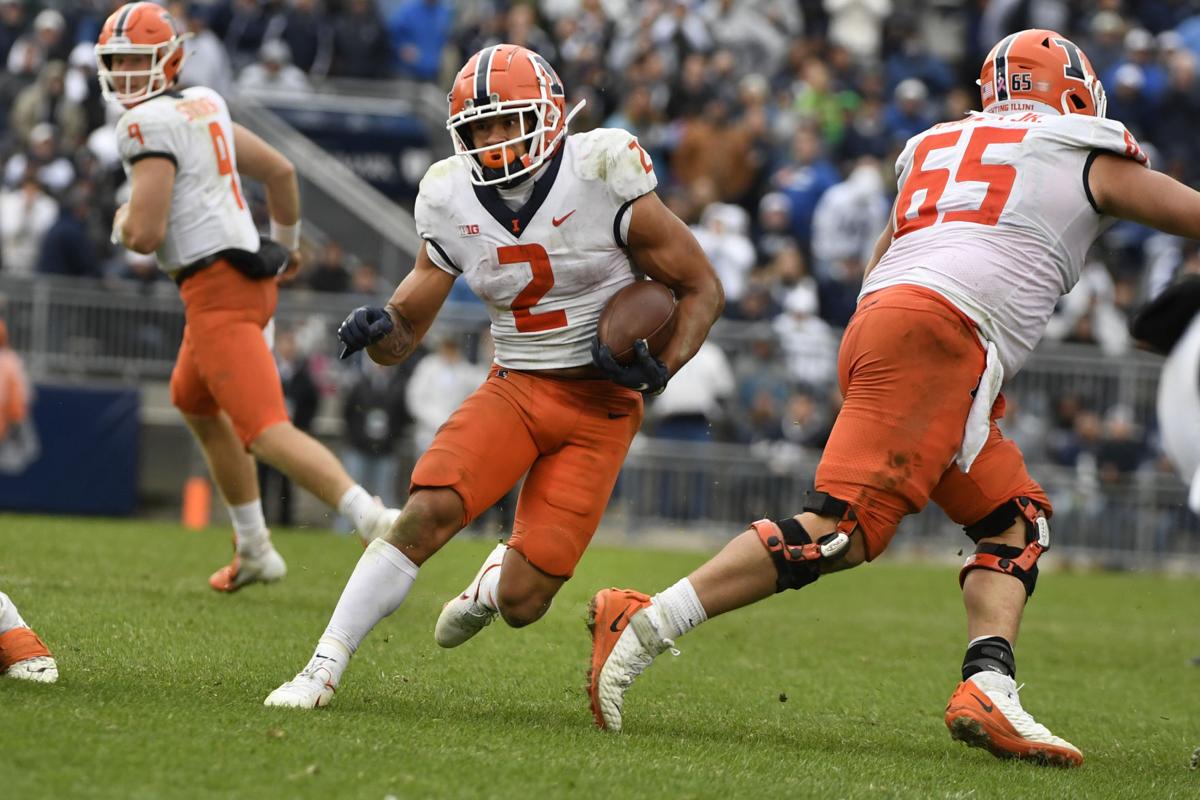 Illinois running back Chase Brown (2) carries against Penn State during Saturday's game. Brown ran for 223 yards and was named Big Ten Offensive Player of the Week on Monday.

CHAMPAIGN — Brandon Peters is now Illinois' starting quarterback. There will be no question about that for the rest of the season.

Peters, who has been in and out of the lineup all season with a variety of injuries, relieved Sitkowski and threw the winning two-point pass to Casey Washington in the ninth OT of Illinois' upset against No. 7-ranked Penn State.

Bielema said Sitkowski will have surgery on his arm Wednesday that will sideline him for Illinois' final four games, starting at 11 a.m. Saturday against Rutgers (3-4, 0-4 Big Ten) at Memorial Stadium.

But that isn't the only surgery awaiting Sitkowski, who transferred to Illinois (3-5, 2-3) from Rutgers before this season.

"When he first got here you could see maybe he was not throwing the ball as effectively as he once did," said Bielema. "It was brought to our attention he needed shoulder surgery at some point."

Bielema said Sitkowski didn't tell most of his teammates about his ailing right shoulder, which was hurt before he arrived at Illinois. There was consideration to do surgery during the Illini's first bye week after a 24-0 loss to Wisconsin two weeks ago or maybe during the second bye week following a Nov. 6 game at Minnesota.

Sitkowski will require a six- to seven-month recovery process, according to Bielema, and have to sit out spring drills but be ready for next season. Bielema said it could be another two to four weeks before Sitkowski's shoulder surgery because of the left arm surgery.

"I can't tell you how proud I am of that kid and what he did," said Bielema.

Sitkowski took over for an injured Peters and led the Illini to a season-opening win against Nebraska. Sitkowski finished his first season at Illinois completing 74 of 148 attempts for 704 yards with six touchdowns and two interceptions.

Bielema said he wasn't surprised Peters, a sixth-year senior who has started five games this season, came in cold off the bench during overtime and threw the winning pass. Peters also flipped a two-point pass to Isaiah Williams in the eighth OT.

"He's played a lot of football. Sometimes when you've been there and done that, it doesn't take a while to get your juices and motor going," said Bielema. "He was able to process the moment and understood all those plays before they were run. He's literally run those in games or practice situations."

Sophomore tailback Chase Brown was named Big Ten Offensive Player of the Week on Monday after rushing for 223 yards against Penn State. That was the most rushing yards by an opponent in Beaver Stadium history.

Brown won the Big Ten honor for the second time in the last four weeks. He previously took the award after rushing for 257 yards against Charlotte.

After having to leave the game in the second OT, Bielema said Brown should be ready for Rutgers.

"He passed all the tests needed," said Bielema. "He was biking today and he'll practice with no contact Tuesday and should be good to go Wednesday."

Washington's gloves he caught the winning pass with are being sent to the College Football Hall of Fame as a memento of the longest OT game in history.

Interestingly, they were white gloves and not blue like the other Illini receivers were wearing.

Bielema said before the game receivers coach George McDonald came up to him and said Washington didn't want to wear the blue gloves.

When Bielema asked Washington why the sophomore said he didn't have time to break in the blue gloves.

Illinois quarterback Artur Sitkowski is out for the season after suffering a broken arm against Penn State, according to Illini head coach Bret Bielema.

Illinois running back Chase Brown (2) carries against Penn State during Saturday's game. Brown ran for 223 yards and was named Big Ten Offensive Player of the Week on Monday.