CHAMPAIGN — It had been 580 days since fans were allowed inside State Farm Center to cheer on the Illinois men's basketball team. The Illini concluded the 2019-20 season with a 78-76 home win over Iowa on March 8, 2020, before the rest of their campaign was canceled due to COVID-19.

Illinois played without home fans for the entirety of the 2020-21 season because of the coronavirus pandemic, but that drought finally ended Saturday morning when the program opened the State Farm Center doors for a public practice.

The practice, which served as a precursor for the Illini's homecoming football game against Wisconsin, began at 8:30 a.m. and lasted about two hours.

Austin Hutcherson made sure the early-morning crowd left satisfied.

During the scrimmage portion at the end of the practice, the 6-6 guard drove down the lane and nearly dunked on a slew of his teammates before being fouled on the arm. Hutcherson missed all of last season with a stress fracture in his back, but he quickly showed Illinois fans that he's fully healthy.

"I thought he was gonna jam it!" 12-year-old Carson Bainter said. "The crowd was going nuts!"

Brad Bainter of Galesburg, made the roughly two-hour drive to Champaign so his son could get a glimpse of Hutcherson and the rest of the Illini, including reigning Big Ten Sixth Man of the Year Andre Curbelo.

The crafty sophomore guard is the player Carson was most excited to see.

"Because of his passing skills," Carson said. "His shot has developed a lot more."

Carson, who is a shooting guard on his basketball team, said he also enjoyed watching 3-point specialist Alfonso Plummer, who transferred from Utah. The 6-foot-1 guard showed flashes of his elite shooting throughout a few drills and the scrimmage.

When the practice concluded, Carson stuck around to get autographs while his dad patiently waited. Brad Bainter said he was just as excited to be there at State Farm Center.

The Bainters were one of several father-son duos. Another one was former Illinois football player Virg Jacques and his 11-year-old son, Andre, who live in Itasca.

Virg Jacques was a defensive back for the Illini in the early '70s. He said he makes the roughly 2.5-hour drive to his alma mater for homecoming weekend nearly every year with his son. Both were grateful to see the fanfare return to State Farm Center and attended the football game, too.

"I found out (about the open) practice and I told him, and he said, 'Yeah! Yeah! Let's go!'" Virg Jacques said, laughing.

Andre, who is a power forward on his basketball team, said he was thrilled to watch star center Kofi Cockburn and his teammates in action. Cockburn led the nation in dunks (78) last season.

"It was amazing just seeing this team back," Andre said. "It's amazing to see Big Ten basketball again, and really any kind of basketball. It's just an amazing feeling to see these guys again."

Unlike some fans who were only able to watch Illinois on TV last season, Tyler Taylor of Monticello said he went to Indianapolis and saw the Illini beat Ohio State in person in the Big Ten Tournament championship.

Illinois' memorable season came to a close one week later with a second-round loss to Loyola in the NCAA Tournament.

At Big Ten Media Days in Indianapolis last week, Curbelo said he thinks this season's team can be better than last season's. Even without former consensus First Team All-American point guard Ayo Dosunmu, who now plays for the Chicago Bulls, Taylor fully agrees with Curbelo after getting a sample of the new-look Illini.

The team will host Jackson State in its season opener at State Farm Center on Nov. 9.

"I'm on that train, dude. I think we have the potential to go deep in the NCAA Tournament," Taylor said. "I'm ready to see what our future holds, but I think we're going deep this year, man, and I think a lot of people believe it."

Check out photos and videos of Illinois' open practice

"I'm gonna come in and work hard," Payne said, pointing at the slogan on the tongues of his sneakers. "Just try to be the 'Every day guy' like they say."

"Instead of trying to get people to give something to me and to get a birthday present for me, I wanted to give people something from me."

Watch now: Who will start at quarterback for Illinois? Brandon Peters or Artur Sitkowski?

"I was in four different states (Monday)," Bielema said.

"It's exciting to get started with this group," Illinois coach Brad Underwood said. "I've been anxious. I've been looking forward to it for a long time."

Illinois had three yards of total offense at the end of the first quarter Saturday against Wisconsin. It hardly got any better.

"I want to be the best player to leave Illinois basketball. I want to come here, and I want to break as much records as a I can. I want to win as much games as I can." — Kofi Cockburn at Big Ten Media Days

“They gave me a chance," Hopkins said while standing in a front of his framed No. 19 jersey in the Memorial Stadium press box.

Watch now: Wisconsin looks to bounce back against Illinois

CHAMPAIGN, Ill.  — Wisconsin will try to get back on track against Illinois on Saturday after suffering consecutive losses for just the fifth time in seven seasons under coach Paul Chryst. 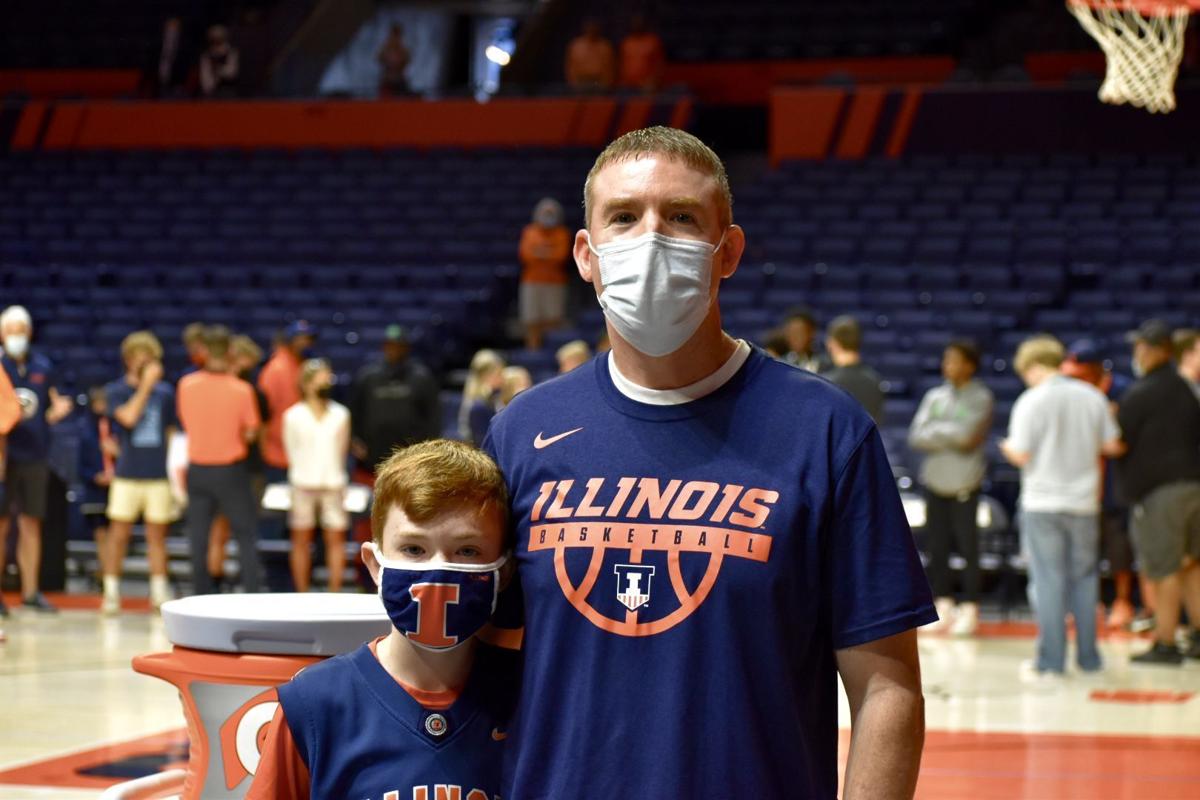 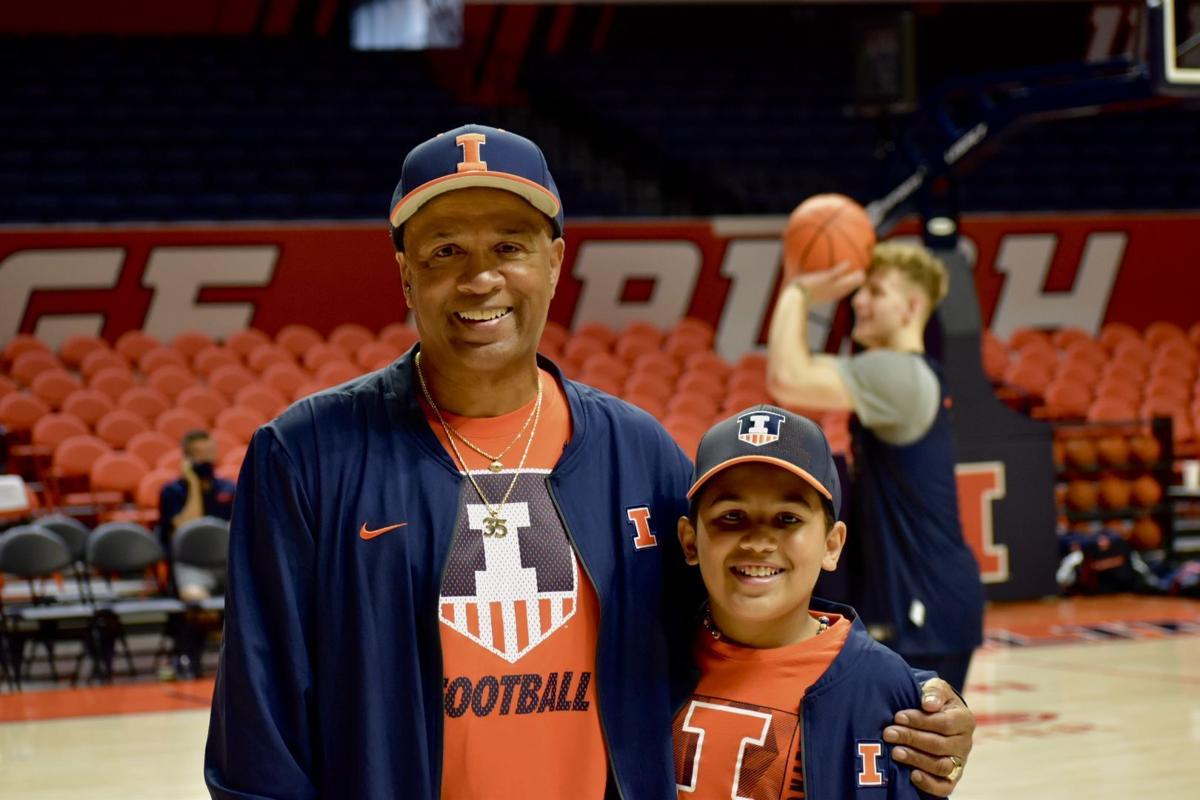 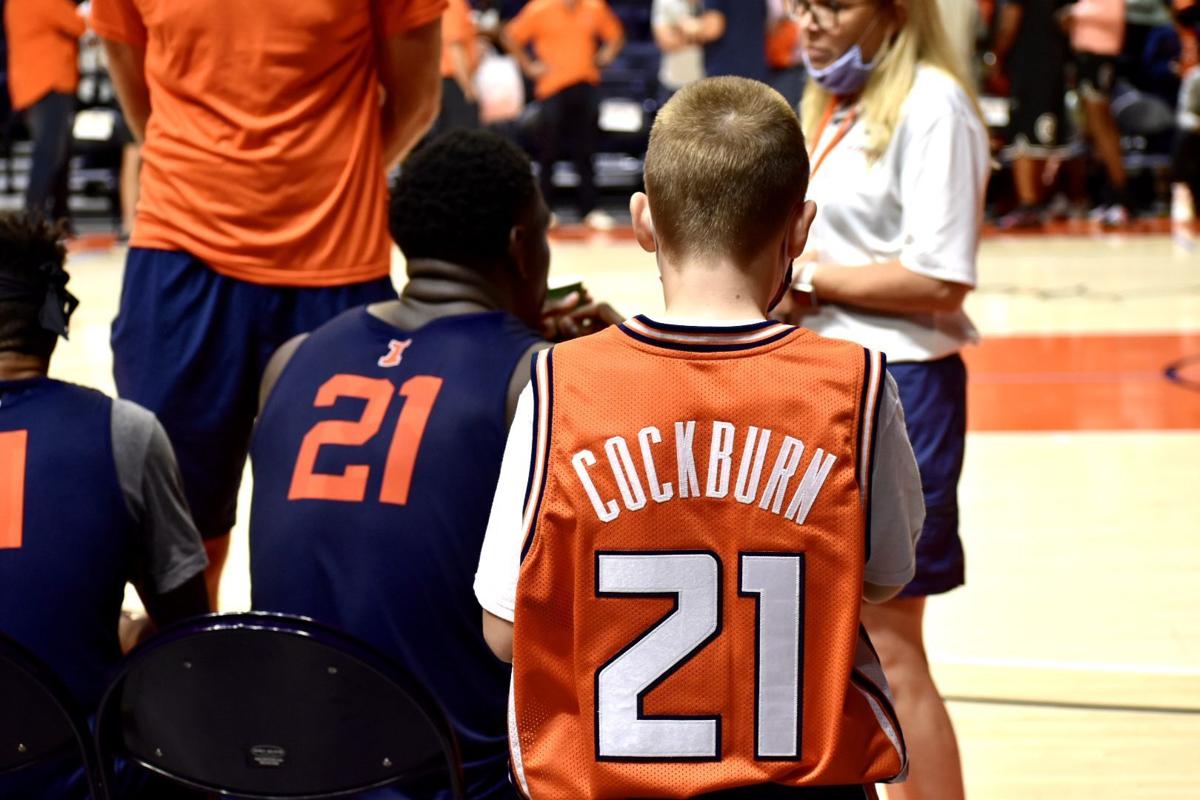 A young Illinois fan waits to get an autograph from star center Kofi Cockburn. 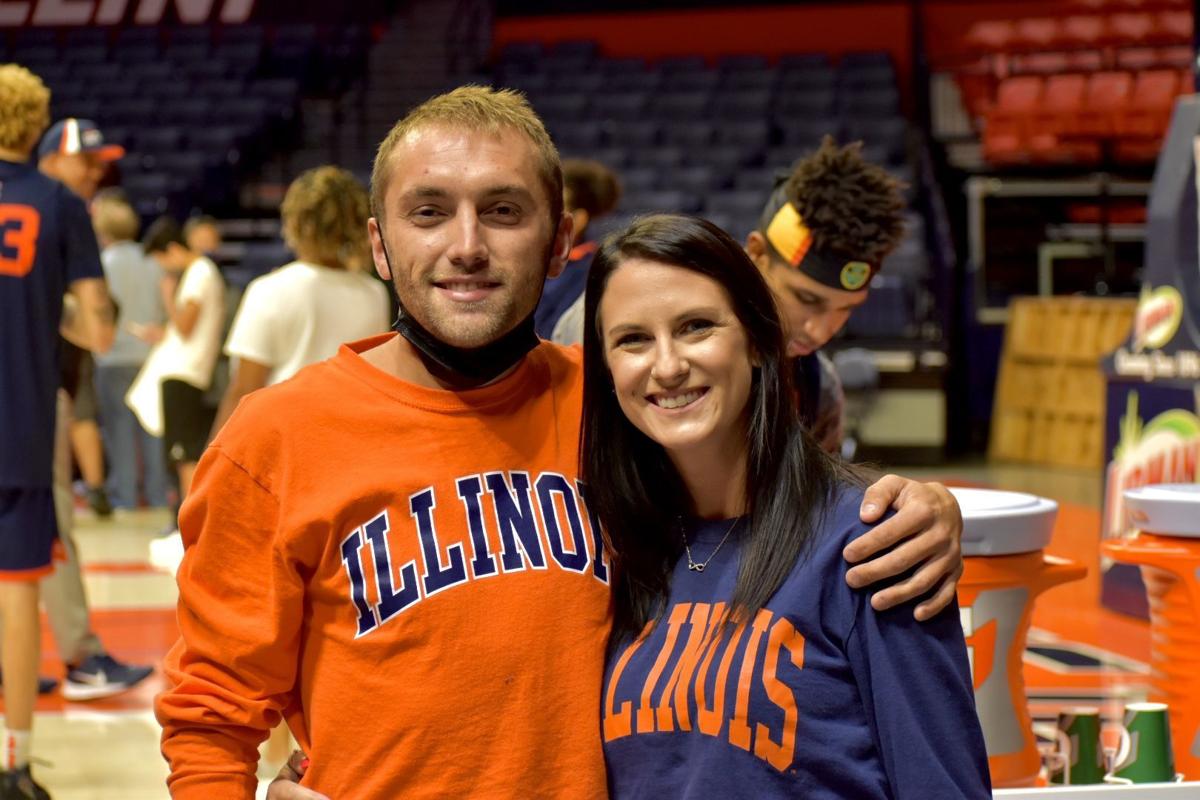