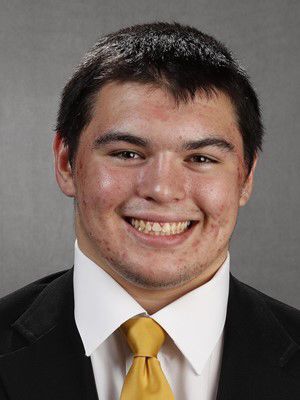 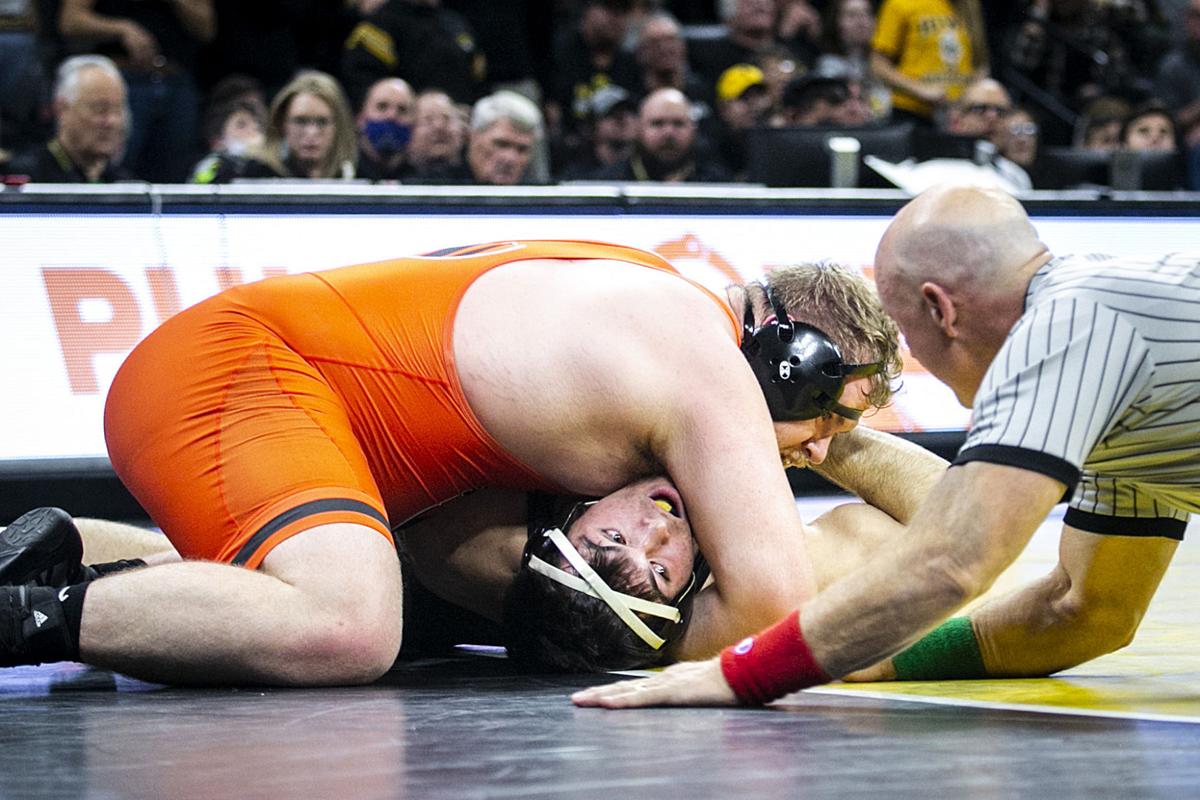 Competing for the first time since winning gold at the UWW U23 World Championships, Cassioppi had opened a 2-0 lead 46 seconds into the match.

But, Del Garbino showed a hint of explosiveness in the way he attempted to get out of the Iowa junior’s hold that concerned Brands.

"Their guy was a pretty athletic big guy and you could feel that he had something there, some athleticism, some ability to make the explosive move he made," Brands said. "Tonight is going to suck for Tony Cassioppi, but he has to learn from it and life has to go on."

The top-ranked Hawkeyes demonstrated their own firepower throughout much of the dual.

Iowa scored bonus points in five of the seven matches it won and collected a forfeit in a sixth when the Tigers’ highest-ranked wrestler, second-ranked 125-pounder Patrick Glory, failed to make weight.

Austin DeSanto at 133, Cobe Siebrecht at 149 and Myles Wilson at 184 each won by technical fall while Jaydin Eierman at 141 and Nelson Brands at 174 collected major decisions.

Alex Marinelli earned Iowa’s only other win, using a late two-point near fall to finish off a 12-5 win in his match at 165.

Eierman saw plenty of room to improve following his 15-7 major decision over the Tigers’ Jacob Mann.

"It was great to be out in front of fans again," Eierman said. "But, it is early and I have mistakes I made that I have to get corrected, things that I know in my mind that I can do better."

Siebrecht, a sophomore from Lisbon, Iowa, was one of three wrestlers in the Iowa lineup to take the mat in a dual setting for the first time.

He brought the crowd of 14,905 to its feet by putting Princeton’s Josh Breeding on his back three times in the first period on his way to a 16-1 technical fall in 2:34.

"I came out just wanting to stay calm, not let the crowd get to me but it was insane. I never hear the crowd, but I heard that crowd," Siebrecht said.

Iowa’s two other newcomers to the lineup, redshirt freshman Jesse Ybarra at 125 and sophomore Zach Glazier at 197, experienced different debuts.

Ybarra won by forfeit and Glazier dropped a 4-0 decision to Luke Stout.

Iowa’s only other setback came in the only match of the dual between rated wrestlers.

The Tigers’ seventh-ranked Quincy Monday used a reversal and takedown in the second period to position himself for a 9-5 win over the Hawkeyes’ sixth-ranked Kaleb Young at 157.

Brands felt that Young was "too hesitant" and Glazier was "too methodical."

He then pointed out again that "it’s November," adding that Iowa has "a long week of work" in front of it as it prepares to host Oregon State next Saturday.

Jack Campbell’s decision, Tyler Goodson’s climb and Arland Bruce staying low to the ground are all part of today’s Hawkeye 10@10.