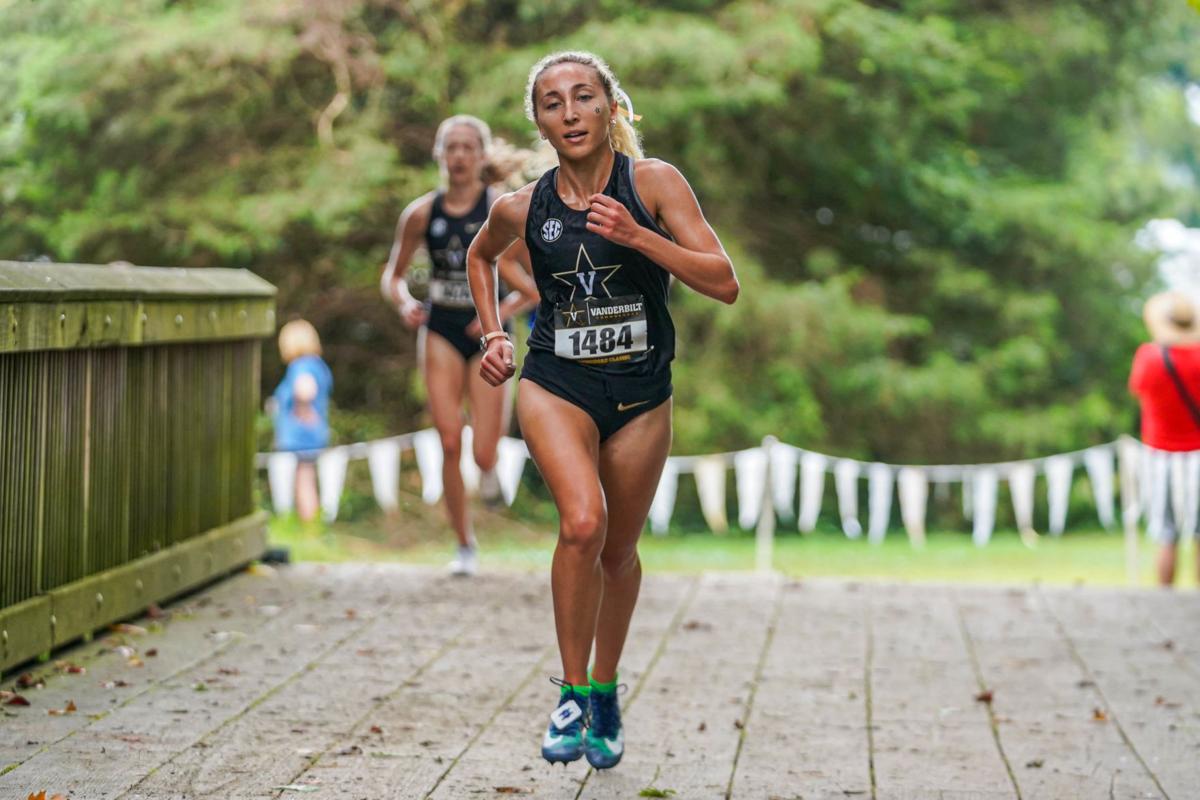 Former Pleasant Valley High School state running champ McKenzie Yanek has overcome a variety of obstacles, including a sexual assault, to resume her running career at Vanderbilt University this fall. 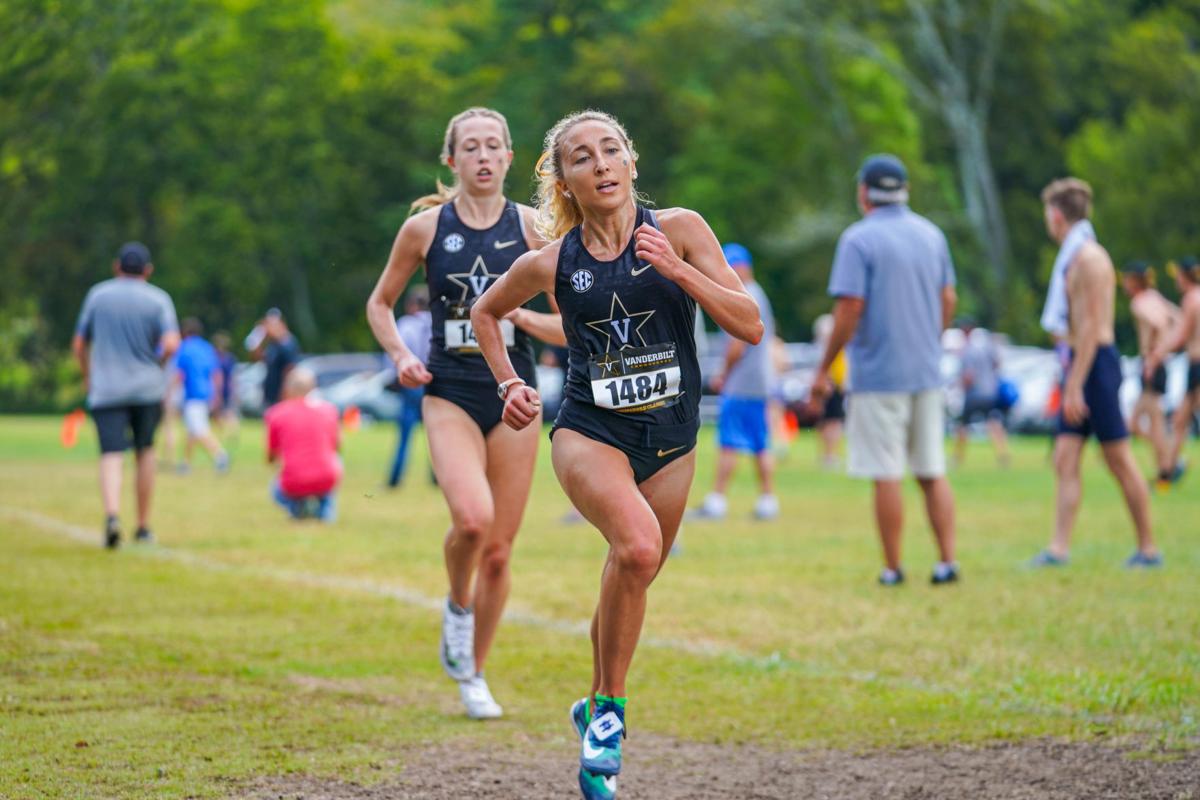 Former Pleasant Valley High School runner McKenzie Yanek has emerged as one of Vanderbilt's top runners this fall as a sixth-year senior. 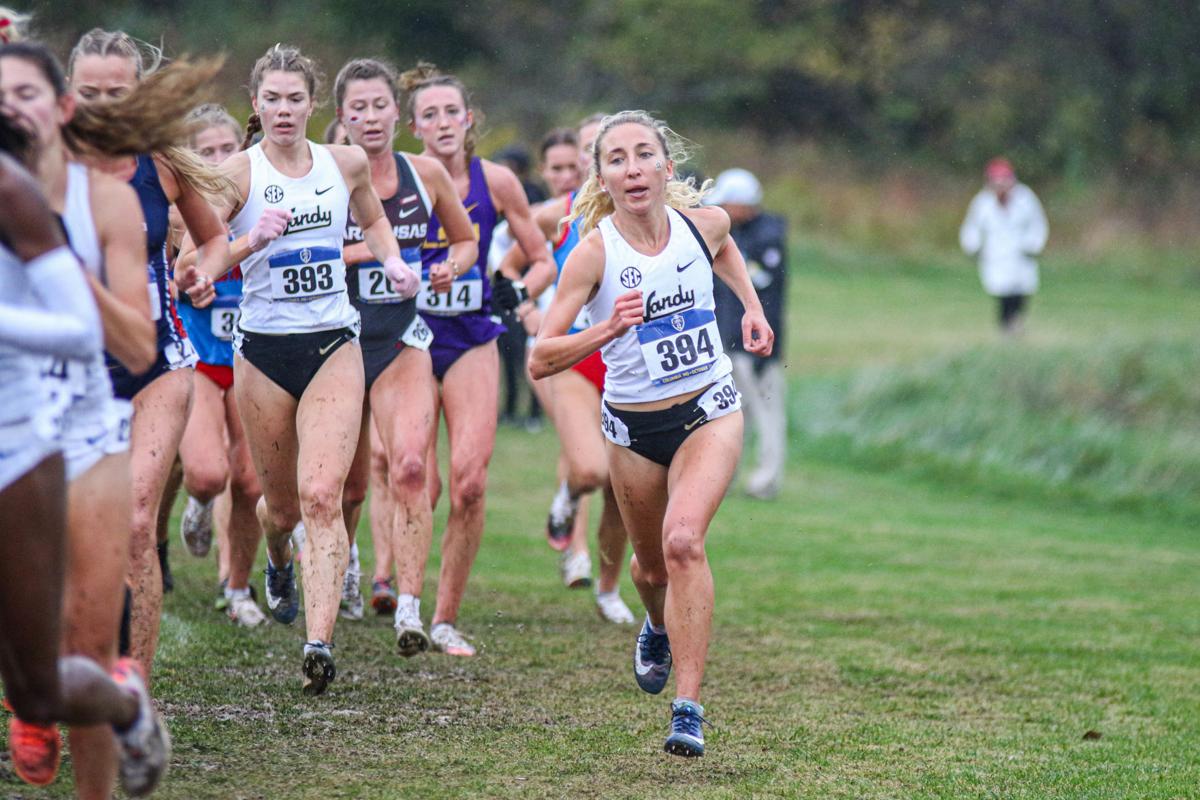 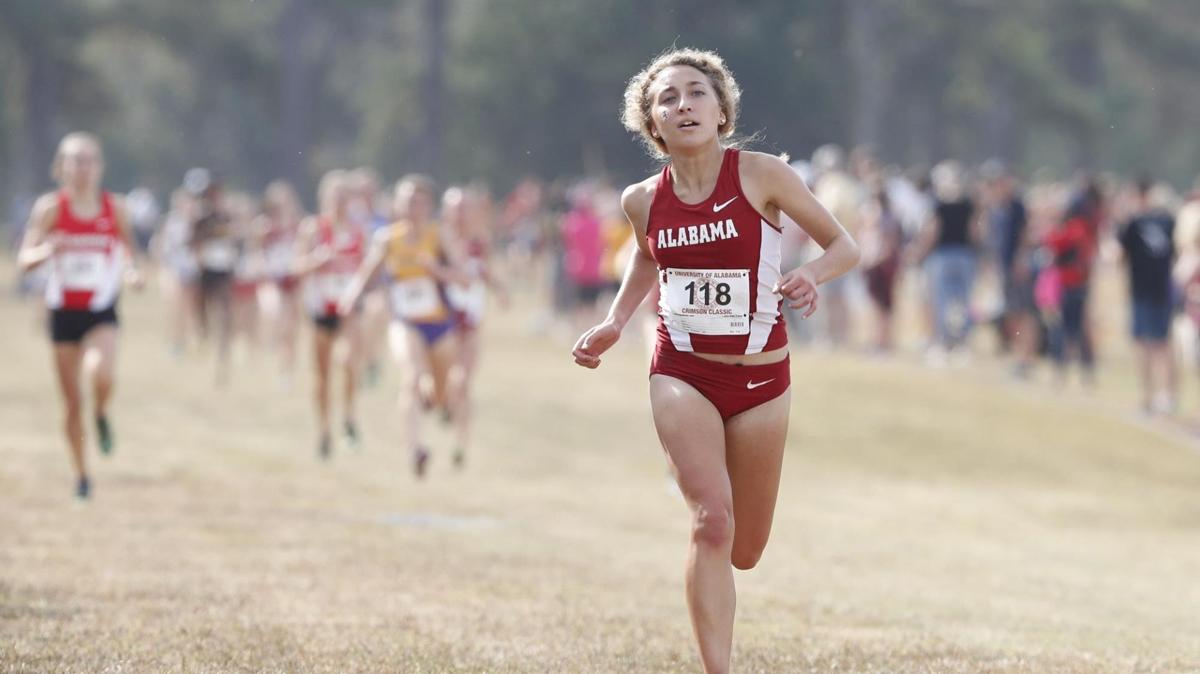 McKenzie Yanek finished 14th in the SEC cross country meet while running for Alabama in 2017.

Coming out of Pleasant Valley High School in 2016, McKenzie Yanek was among the brightest young, running prospects in the country.

She was a two-time state cross country champion and actually went three years without losing to any other runner from the state of Iowa. She also had some early success at the University of Alabama, making the Southeastern Conference all-freshman team in 2016 and placing 14th in the SEC cross country meet as a sophomore.

Then, for a variety of reasons, she pretty much dropped off the national running radar for several years.

Five years later, she has overcome an unbelievable array of challenges — multiple injuries, a serious bone infection, a pandemic, two years of being stalked and a sexual assault — to become one of the top runners for Vanderbilt University’s cross country team this fall.

Yanek finished 29th in the SEC women’s cross country meet a week ago and is looking forward to doing even better in NCAA regional competition this weekend.

“I actually love it here,’’ she said of her new home in Nashville. “I’m doing well. The team is awesome.’’

But in between those glorious years at PV and her present situation, there was a harrowing trail of obstacles that would have tripped up most people. Yanek admits she has had to rebuild her life and her career almost “from the ground up.

Yanek’s challenges began very early in her college career. After a solid freshman cross country season at Alabama, she developed a bone infection and underwent surgery in February 2017. She added that she was on IV antibiotics for a few months after that.

At around that same time, she began being pursued romantically by a member of the Crimson Tide’s men’s track team.

It evolved into what she describes as “the most challenging experience I’ve gone through.’’ She admitted it’s still difficult to talk about.

“He just wouldn’t leave me alone,’’ Yanek said. “I was in the hospital a lot because of the bone infection simultaneously while this situation was going on. He kept asking me to date him and I kept saying ‘No,’ and finally I said ‘Sure.’

“We were dating for a little bit but unfortunately he just didn’t know what the word ‘No’ meant … That was unfortunate. I was sexually assaulted during my freshman year.’’

Yanek’s parents had moved from Bettendorf to Georgia and after spending time at home with them, she attempted to break off what she knew was an unhealthy relationship.

“I thought because of the physical distance it would be easier and it was, but unfortunately he would call around the clock and send really weird letters and stuff,’’ she said.

Over the course of nearly two years, her pursuer followed her around and made repeated threats to kill her. It affected every aspect of her life, including her health and her running ability. She went through a series of injuries and did not run at all for Alabama in her junior year.

She finally felt the need to transfer, enrolling at the University of San Francisco in 2019.

“It was difficult because I almost could have been graduated at that point,’’ Yanek said. “It definitely was stressful but it probably was the best decision I’ve made. It was really hard to make that decision. I was pretty unhappy at Alabama in part because of things that were beyond the school’s control. I came to the realization that I wasn’t growing the way that I wanted to as a person.’’

She redshirted at USF in the fall cross country season and before she could run in a track meet that spring, the COVID-19 pandemic intervened.

Yanek ended up going home to Georgia for nearly a year because the San Francisco campus was closed.

But even before she went home, she said that she began to heal both mentally and physically.

“When I went back to San Francisco after COVID, I probably was in the best place I had been in for a long time as far as running goes,’’ she said.

She ran an 18-mile event in December 2020 and averaged an exceptional 5 minutes, 45 seconds per mile.

And she finally got to compete in a few track events at San Francisco last spring, qualifying for the NCAA West preliminaries in the 10,000 meters.

“There wasn’t a lot of races at San Francisco but the ones I competed in, it was really special,’’ she said.

She has been one of the team’s top runners all fall, finishing first in the Blazer Classic at Alabama-Birmingham in October and second in Vanderbilt’s own Commodore Classic in September.

Running has become more than just a way to satisfy her competitive urges. It’s therapy.

“While the stalking situation was going on … I thought running was pretty difficult during that time just because I was so on guard all the time and I was so vigilant of my surroundings at all times …’’ Yanek said. “It kind of took the fun out of it for me. I had always found it relaxing and where I felt the most free, and that had all been kind of taken away.’’

Over the past few years, she has revived her love affair with the sport.

“When I did that long run in December, halfway through I realized it was the first time I wasn’t vigilant when I was running. I wasn’t irrational and thinking ‘What if he’s around here somewhere?’’’ she said. “When I was halfway through that long run I realized that thought never crossed my mind even once. I was just so happy and it was the most free I felt in years. It felt so good. I think that’s one reason I ran as fast as I did.’’

She has decided she will continue running even beyond college.

Yanek will receive her masters degree in May 2023 and plans to become a school counselor, but she is thinking she also may have a future as a marathoner.

“I’m not fast enough right now to have a sponsorship or anything like that, but I still want to see how far I can push myself in running,’’ she said. “So I’m still going to train hard after college … I love running so I’m definitely going to see what I can accomplish in that.’’

McKenzie Yanek’s younger brother, Nicholas, also was an outstanding distance runner at Pleasant Valley and later at Milton High School in Georgia, but he already has completed his college career.

He graduated in three years from the University of Georgia and now is pursuing an MBA at Notre Dame. He also is still running, placing 147th in the recent Chicago Marathon in a time of 2 hours, 40 minutes, 12 seconds.

“He’s also applying to med school and I think eventually he wants to own his own private practice or I think his dream goal is to be a director of a hospital or something like that,’’ McKenzie Yanek said. “He’s very ambitious and I’m really proud of him.’’

After-thoughts from Iowa’s 77-70 loss to Purdue:

After-thoughts from Iowa’s 75-74 victory over Virginia:

CHARLOTTESVILLE, Va. — The Iowa basketball team finally got the test it needed and wanted Monday night.

Hawkeyes out to prove something against No. 2 Purdue

The Iowa basketball team is 7-0, is coming off an impressive victory in the Big Ten/ACC Challenge and leads the country in scoring offense.

Former Pleasant Valley High School state running champ McKenzie Yanek has overcome a variety of obstacles, including a sexual assault, to resume her running career at Vanderbilt University this fall.

Former Pleasant Valley High School runner McKenzie Yanek has emerged as one of Vanderbilt's top runners this fall as a sixth-year senior.

McKenzie Yanek finished 14th in the SEC cross country meet while running for Alabama in 2017.