One of the great mysteries of Justin Fields’ performance in Sunday’s 20-17 victory over the Cincinnati Bengals is why the Chicago Bears didn’t change their game plan to favor him.

When Fields replaced starter Andy Dalton, who got knocked out with a left knee injury in the second quarter, they appeared to run plays better suited for the veteran pocket passer. The offense bogged down and the Bears barely hung on with the benefit of a four-takeaway performance by the defense.

Maybe that explains why coach Matt Nagy, when asked a personnel question Monday morning, claimed it was scheme-related — meaning off limits to discussion.

Dalton had his knee examined Monday, and Nagy said he expected to have a full report by the evening. NFL Media reported that an MRI confirmed Dalton is dealing with a bone bruise, and that leaves his availability for Sunday’s road game against the Cleveland Browns in question.

“If Andy is healthy, is he your starter?” said Nagy, repeating the question. “That’s something that I’m not going to get into with scheme.”

When a reporter objected that the question wasn’t related to scheme but rather to personnel, Nagy didn’t budge.

About 10 minutes after Nagy’s news conference wrapped up, a public relations official returned to the media room with a clarification: Nagy did not understand the original question, and Dalton is indeed the starter when healthy.

That doesn’t get us any closer to knowing who will start against the Browns. It’s understandable Nagy doesn’t want to tip off Cleveland’s coaching staff regarding which quarterback it should prepare for. Dalton and Fields possess different skill sets, and Fields’ ability to extend plays with his legs and turn seemingly broken plays into big gains likely would lead the Browns defensive coaches to craft a different plan.

But it’s confusing from the standpoint that Nagy was asked a simple question — one he also was asked Sunday afternoon at Soldier Field after the victory — and it has created more confusion than your typical Bears quarterback situation. That’s saying something.

In terms of bizarre day-after media sessions at Halas Hall, this ranks right up there with the time in 2007 when quarterback Brian Griese came to the media room a day after he led a 97-yard, 11-play touchdown drive to beat the Philadelphia Eagles 19-16. Griese had said he called some of the plays during the drive as the headset communication with offensive coordinator Ron Turner was malfunctioning. He stepped forward in a rare Monday appearance for a quarterback to clarify it was still a routine two-minute drill with normal sideline communication. Got it?

Sending PR staff to clarify the quarterback depth chart when everyone is healthy isn’t a normal part of any week.

So where does this leave the Bears, who are in much better spririts after a dominant defensive performance evened their record at 1-1? Needing to fix the offense.

Dalton led a nice drive to open the game as the Bears went 75 yards and took a 7-0 lead on his 11-yard touchdown pass to wide receiver Allen Robinson. The rest of the game was a slog. Dalton didn’t get a lot done, with the highlight after the initial drive being his 14-yard scramble — the play on which he appeared to get injured.

Fields made the kind of mistakes you see rookies experience early on. A bad interception. A fumble that was probably avoidable. A poor fourth-and-1 sneak effort and a pair of false starts.

He did do a great job of eluding defensive end Trey Hendrickson to scramble for 10 yards on third-and-9 with 2:55 remaining after the Bengals had pulled within three points. Some plays were just missed: a crossing route to Darnell Mooney in the end zone and a catchable deep shot to Robinson in the end zone.

Fields finished 6 of 13 for 60 yards and carried 10 times for 31 yards. He was upbeat after getting only five plays in the opener against the Los Angeles Rams.

If Fields is the starter this week, Nagy’s call sheet probably will look different. Surely the Bears would want to get him on the move. It’s not something that can happen on every down, but play action, rollouts, bootlegs, moving pockets — all of it can be a staple of the game plan. And the Bears prepared as if Dalton would play the majority of the game against the Bengals.

“What happens is, as a play caller, you try to go to some of the stuff that you know he knows where the bones are buried in the play,” Nagy said. “And so you want to be able to help him out that way. But at the same point in time, it’s your job as a backup to make sure that you know the entire call sheet inside out, which he did and he does. So really the whole play sheet, the call sheet, was open.”

It’s not like the Bears would have to cut down what they can do offensively with Fields as much as they would need to detail what works to his strengths.

“We’ve just got to make sure that whatever we put in there, that he knows inside out (and) he can play fast,” Nagy said. “So if there’s more plays that he knows or likes, we’ll get that in there and he’ll go out there and play quarterback the way it’s supposed to be played. But we do have to be a little bit careful and probably the biggest thing for us is just making sure that he really understands and knows the plays, if that’s the case.”

What’s the play here for the organization? If Fields starts against the Browns and performs well, he could take the job and run with it. It’s the NFL. The Bears didn’t make any promises to Dalton, an idea some have been fascinated with.

If Fields stubs his toe and the offense continues to struggle to create explosive plays and score touchdowns, the Bears could return to Dalton if he’s healthy with this explanation: Dalton was the starter all along when healthy and Fields can continue to learn and develop at his own pace.

Maybe Dalton heals quickly and is out there this week. It seems like the Bears might be itching to see what Fields can do, understanding that the learning process comes with bumps in the road.

It all could be explained much easier, though.

Judge issues $24,000 in fines to four NFL owners, orders them to pay $25,000 in attorney's fees and threatens to hold them in contempt.

Watch now: All eyes are on rookie Khalil Herbert

On the first handoff he took from quarterback Justin Fields on Sunday, Khalil Herbert broke to his left, darted around a big Jason Peters block and kept charging forward even as a Las Vegas Raiders defender tried to pull him down by his leg.

Watch now: Bears turn up the volume to celebrate an exhilarating upset

The Chicago Bears’ 20-9 victory had been in the books for almost 45 minutes Sunday and the music from the visiting locker room at Allegiant Stadium still was bumping. Tight end Jesper Horsted was the first player to meet with reporters and had to speak up a little in the news conference room to be heard over the booming bass.

The music from Club Dub was thumping through the walls of the Chicago Bears locker room Sunday evening as running back Damien Williams stepped to the lectern to address media members.

Chicago Bears Q&A: Should Justin Fields be developed more as a passer?

Don’t look now, but the Chicago Bears are on a two-game winning streak.

Ten thoughts after the Chicago Bears combined a smothering defensive effort with the offensive line’s best performance to date to defeat the Las Vegas Raiders 20-9 on Sunday afternoon at raucous Allegiant Stadium.

Gruden gone, and it couldn't have come fast enough

Jon Gruden might still be coaching had he merely been exposed as a remorseful racist.

Playing a bitter rival is nothing new for Chicago Bears quarterback Justin Fields.

Justin Fields isn’t interested in measuring himself against Aaron Rodgers

After watching film of the Chicago Bears’ 20-9 victory over the Las Vegas Raiders on Sunday, coach Matt Nagy met with the media Monday morning at Halas Hall to discuss the upset win. 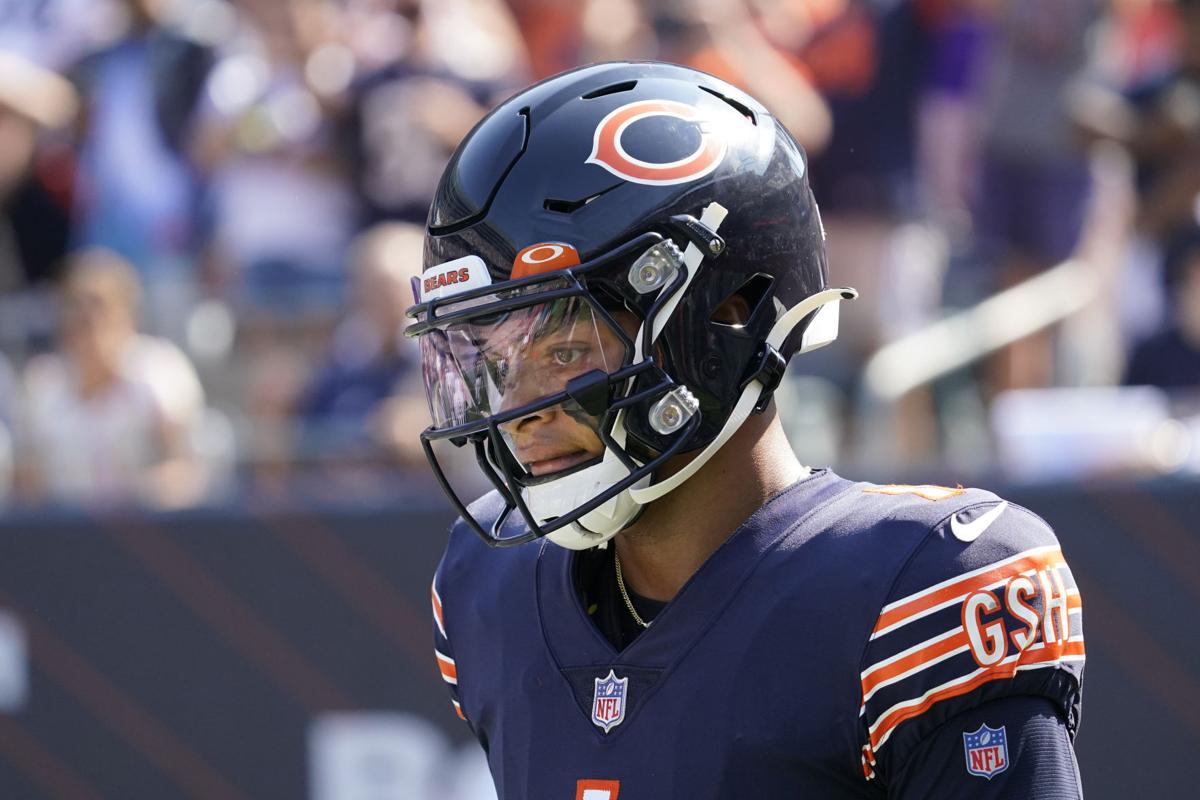 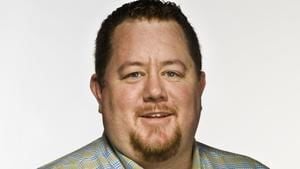