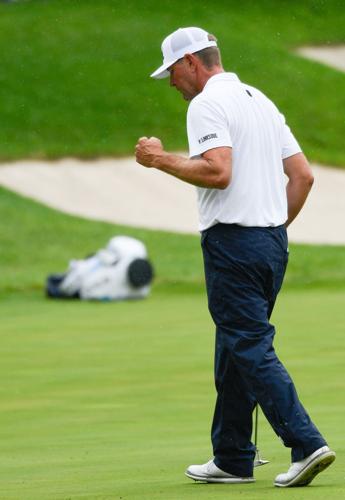 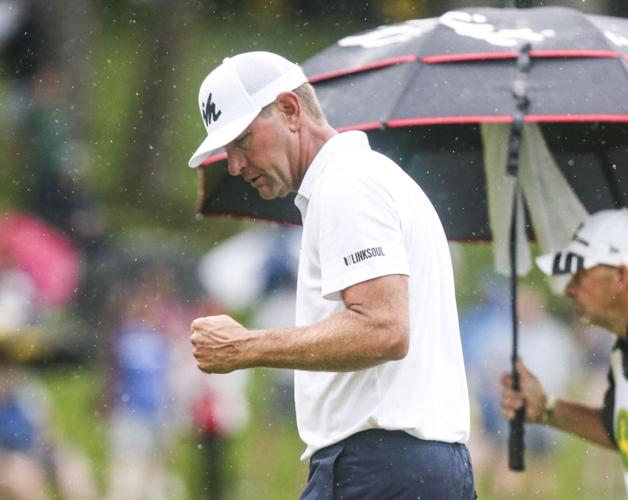 John Deere Classic winner Lucas Glover reacts after making a par-saving putt on the 18th green to close his final-round 7-under 64 at TPC Deere Run in Silvis during the 2021 tournament.

Well, those new dates have brought a lot of uncertainty to the $7.1 million PGA Tour event in the Quad-Cities.

Now slated two weeks behind the U.S. Open and two weeks ahead of the Open Championship, it appears as if a number of more prominent players are choosing to go play the PGA Tour-sponsored Scottish Open the week ahead of the British Open and use JDC week as a travel/off week.

“As a co-sanctioned event, I think there are going to be 75 PGA Tour players and 75 DP World players in the Scottish,” JDC executive director Clair Peterson said. “I’m guessing their plans have been in place for a while and there has been no in and out in our field. They knew they were going and they never committed here. That’s just a theory — I really don’t know what they have been thinking.”

There are 55 players who competed in last week’s U.S. Open at the Country Club in Brookline, Mass., — 30 who made the cut — who have been enticed to stay on the east coast and play in this week’s Traveler’s Championship at TPC River Highlands in Cromwell, Conn. That tourney drew seven of the top 15 ranked players in the world.

As is usually the case, the JDC field is loaded with players ranked between No. 75 and 150 on the FedEx Cup list — those guys battling for position in the rapidly approaching playoffs and others fighting to keep their Tour cards.

The JDC also finds itself in a busy time in the Tour schedule. In a nine-week stretch starting with the PGA Championship and including Jack Nicklaus's Memorial tournament, there are two other majors — last week's U.S. Open and the historic 150th Open Championship at St. Andrews Golf Links in Scotland in two weeks. Time off has been at a premium for many players.

There was some thought that the conclusion of the U.S. Open might bring some additional commitments from players still tweaking their schedules and joining defending champ Lucas Glover and potentially 10 other past JDC champs in the field.

So far, though, that hasn’t happened.

And there are only three days until the field gets locked in on Friday afternoon at 4.

“I’m happy with who’s coming right now,” said Peterson, noting there has been very little turnover in the field this week for his final tournament ahead of retiring at the end of the year. “As always, it’s going to be exciting.”

John Deere Classic winner Lucas Glover reacts after making a par-saving putt on the 18th green to close his final-round 7-under 64 at TPC Deere Run in Silvis during the 2021 tournament.