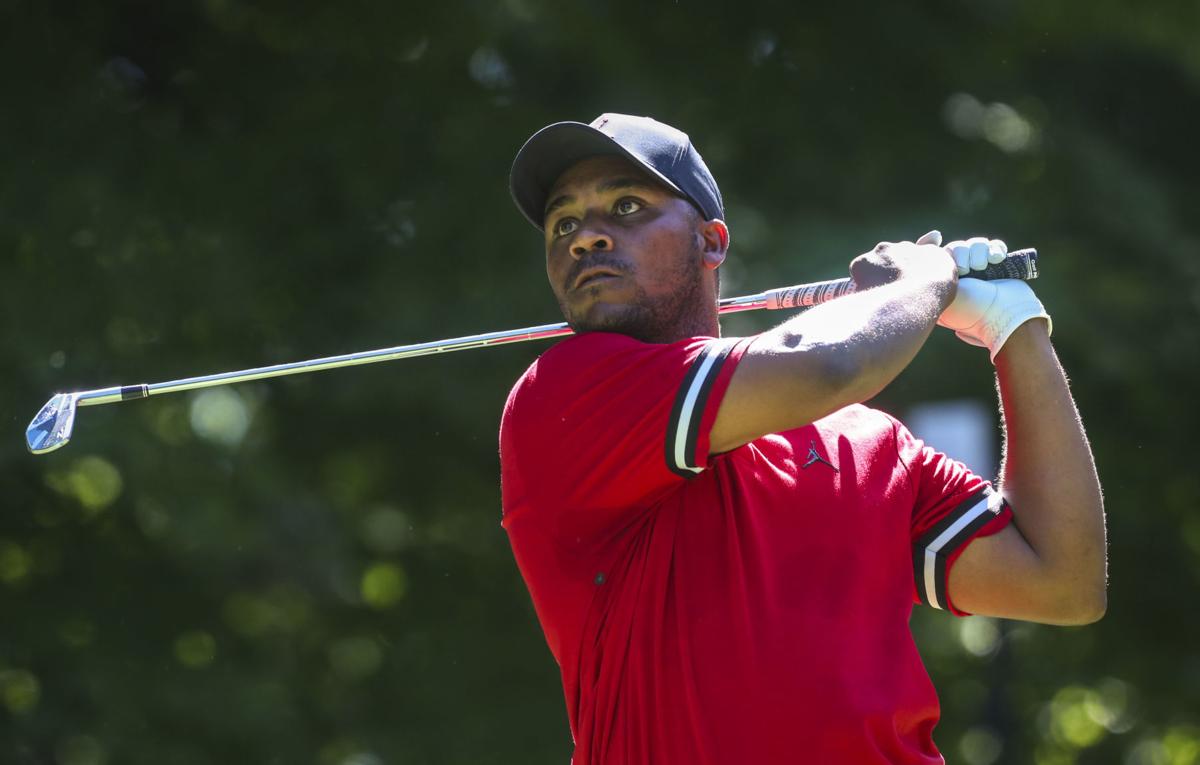 Harold Varner III tees off on the sixth hole during the second round of the John Deere Classic at TPC Deere Run in Silvis on Friday. 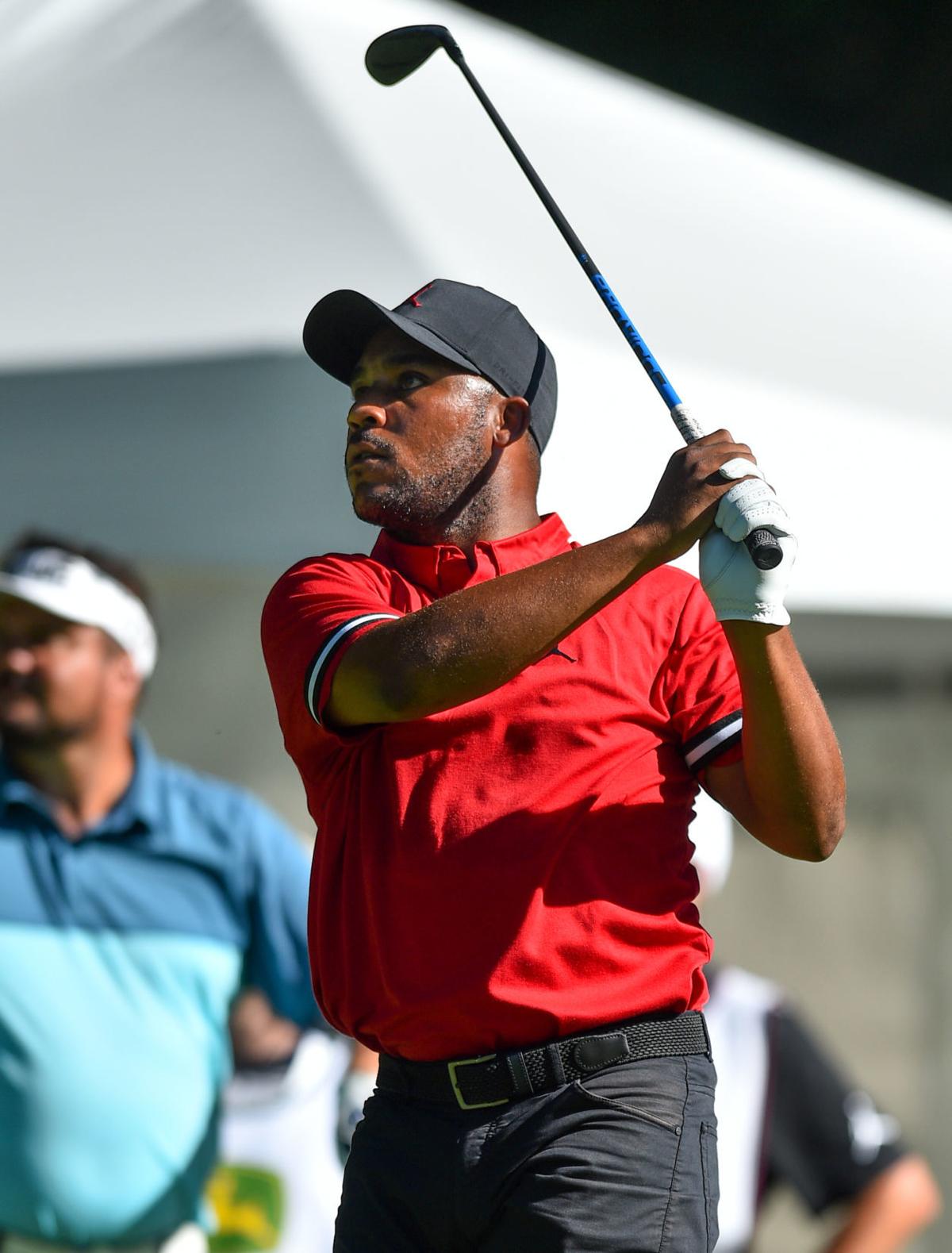 Harold Varner III tees off on the first hole during the second round of the John Deere Classic on Friday at TPC Deere Run in Silvis.

A businesslike second round has Harold Varner III toward the top of the leaderboard for the second straight John Deere Classic.

Varner finished sixth in last year’s JDC, and Friday’s 6-under 65 to get to 10-under has the seventh-year pro in great position once again.

He may not be able to explain why his game plays so well at TPC Deere Run, but Varner's steady approach and lightheartedness continues to garner attention and success in the Quad-Cities.

Varner shot a bogey-free round that featured four birdies and an eagle on No. 14.

“It was business,” said Varner, who teed off at No. 10 with the first group of the day. “I was grinding my tail off. It was a lot of fun.”

The Akron, Ohio, native, who was born in the same hospital as LeBron James, was positive when talking about the JDC.

He has missed the cut in five of his last 10 events and hasn’t posted a top-10 finish since a tie for 10th in February’s Waste Management Open.

Varner missed the cut in his 2017 JDC debut but has since rattled off his sixth straight round of 68 or better at TPC Deere Run. He shot 67 on Thursday.

“I seriously have no clue,” Varner said when asked for theories on his JDC success. “I wish I could tell you. I come here and I play well and I enjoy being here.”

He said his eagle on the the par-4 14th when he holed out from 42 yards from the rough was the result of some good luck.

“I feel like I can make a few more putts, as usual, but (I’m) just having fun,” he said. “I love playing golf, and I love being here. I’ve played well here, so it’s good to be back.”

His relationship with the JDC even extends off the course. Deere & Co. officials provided Varner with a top-of-the-line lawn mower he can use to continue mowing his parents’ lawn where he grew up in North Carolina.

In June, he tweeted a picture of himself loading dirt with a skid-steer while still wearing his signature Jordan-brand footwear. He bought his parents 15 acres of land, fulfilling a childhood dream of helping to build a new family home.

He said it means the world to be able to help out his parents while playing the game he loves.

“They gave me everything I have right now, so it’s pretty — it’s a no-brainer,” Varner said. “I just hope they enjoy it.”

“I’ve got a skid-steer, I’ve got a side-by-side, I’ve got all kinds of little toys,” Varner said. “I grew up on those things. So, as long as I just stay alive — I’ve been flipping them quite a bit lately — but you’ve got to live a little, I think.”

Varner may not be the youngest player in the field, but his sense of humor is easy to connect with. The East Carolina grad has a Twitter page for his club’s headcover, named Gerald Varner III.

He said he dealt with some kind of ear infection earlier in the week but applauded the care he received as he hopes to continue the solid start. In search of his first career PGA Tour victory, Varner is just grateful to be having fun and be in contention once again.

Harold Varner III tees off on the sixth hole during the second round of the John Deere Classic at TPC Deere Run in Silvis on Friday.

Harold Varner III tees off on the first hole during the second round of the John Deere Classic on Friday at TPC Deere Run in Silvis.