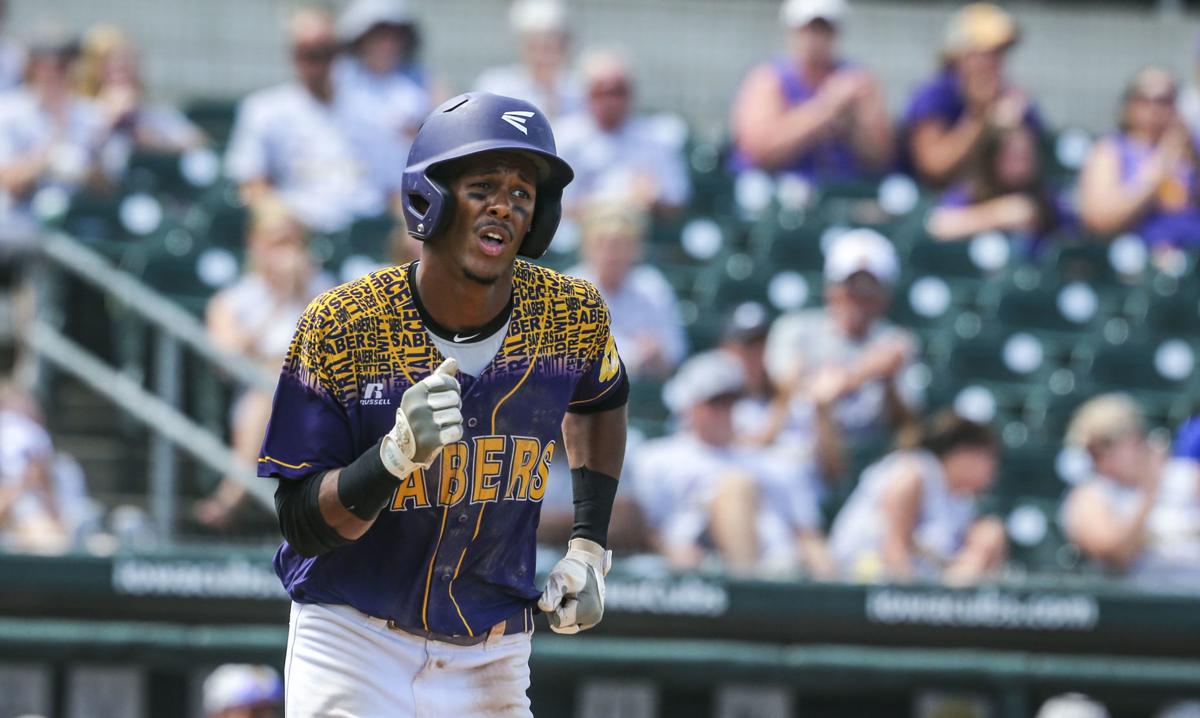 Central DeWitt's Devin Hurdle runs to first base during Friday afternoon's state semifinal against Davenport Assumption at Principal Park. Hurdle had a double and drew two walks in the 4-1 victory. 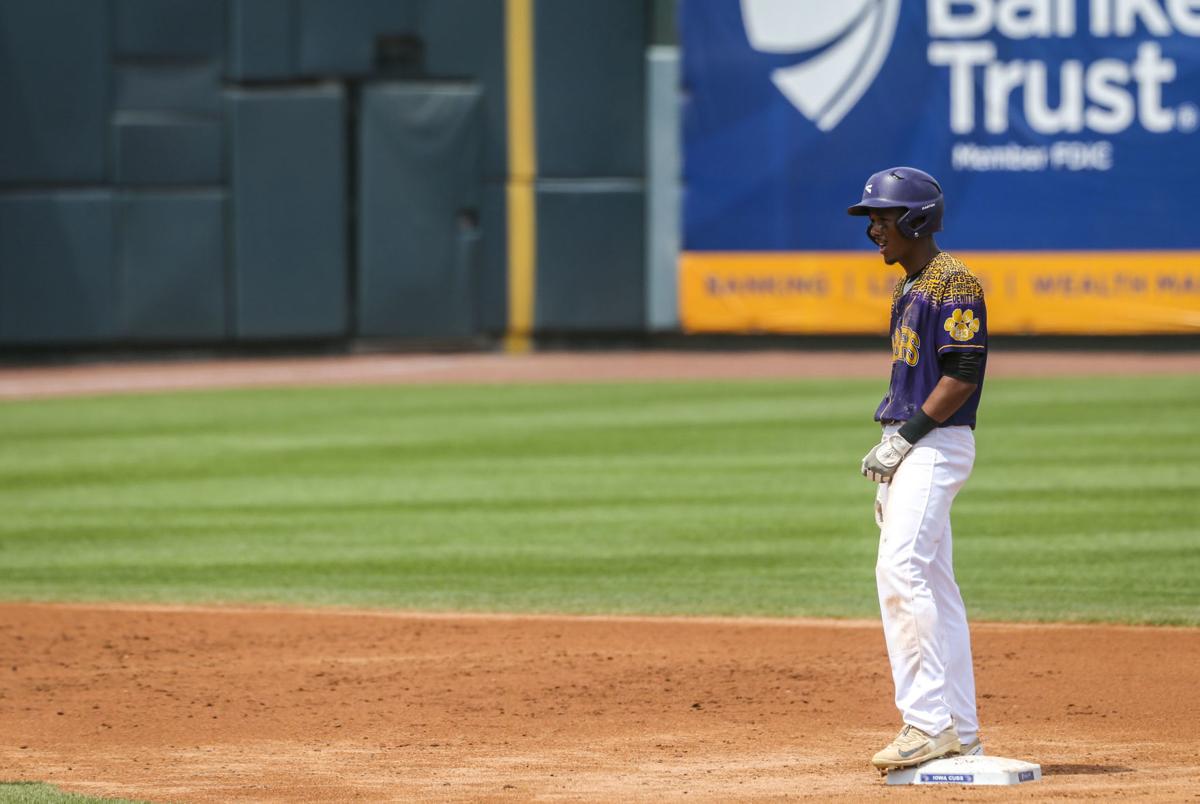 Central DeWitt's Devin Hurdle stands at second base after hitting a two-out double in the second inning of Friday's game against Davenport Assumption at Principal Park.

DES MOINES — Devin Hurdle is not too vocal. His Central DeWitt baseball teammates often give him a difficult time for his quiet persona.

There is nothing silent about Hurdle's play on the diamond.

In his third season as the team’s leadoff hitter, Hurdle has been the spark plug for Central DeWitt en route to its first Class 3A state championship game in program history.

“He’s an electric player,” catcher Garrett Finley said. “He’s the heart and soul of our team. Everything runs through that kid.”

That was evident in the first two innings of Friday’s 4-1 semifinal triumph over second-ranked Davenport Assumption at Principal Park.

It started with the game’s first at-bat.

The senior swiped second base, his 30th stolen base of the season, and scored on Finley’s single to right field.

Just like that, the Sabers were out in front.

“People usually think there is a lot of pressure on you that you have to get on base,” Hurdle said. “I don’t think at all up there at the plate. I know I can do my job and focus up.”

With two outs and Boomer Johnson at second, Hurdle launched a double off the fence in left-center for an RBI to pad Central DeWitt’s cushion to 3-0.

“He’s pretty good at getting on base,” Central DeWitt junior Alex McAleer said. “We feed off that.”

Hurdle batted only .263 as a sophomore, but has made significant strides the past two seasons.

Defensively, he is the catalyst of Central DeWitt's infield at shortstop.

“He’s the best fielding shortstop I’ve ever coached,” Sikkema said. “He’s so natural about it. The thing is, he’s taken that natural ability and been willing to work on things such as footwork, making throws and his positioning.

“He makes our pitchers look good.”

Off to play baseball at the University of Dubuque in the fall, Hurdle has been a star at the plate this week at the state tournament. He has reached base in seven of his eight plate appearances.

It has led to seven runs for the Sabers.

“I feel loose and feel so good at the plate,” he said. “I know not to get all tight and frustrated at the plate. Even if I strike out or get out, I know I’m going to get a base hit my next at-bat.”

Central DeWitt's Devin Hurdle runs to first base during Friday afternoon's state semifinal against Davenport Assumption at Principal Park. Hurdle had a double and drew two walks in the 4-1 victory.

Central DeWitt's Devin Hurdle stands at second base after hitting a two-out double in the second inning of Friday's game against Davenport Assumption at Principal Park.