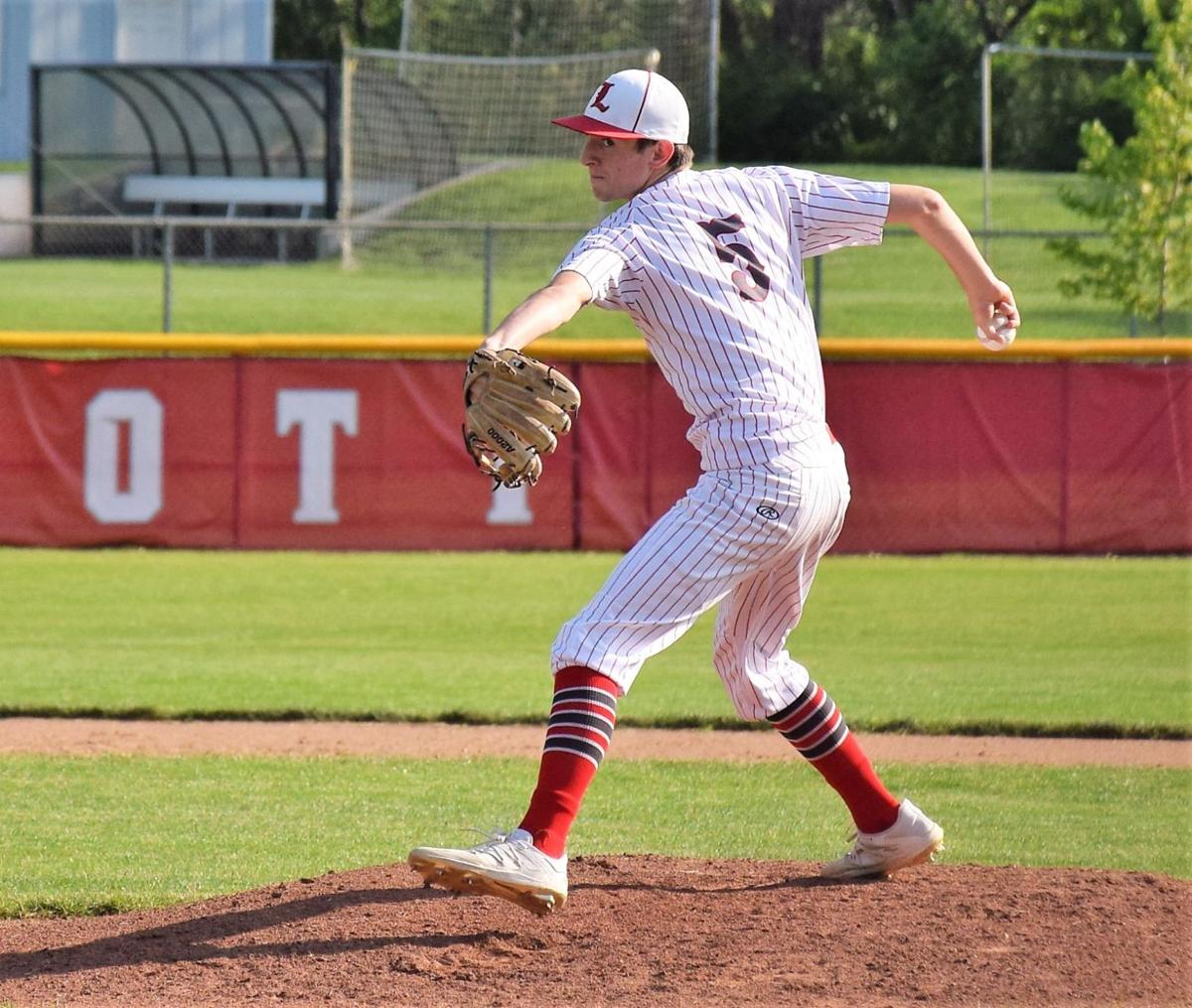 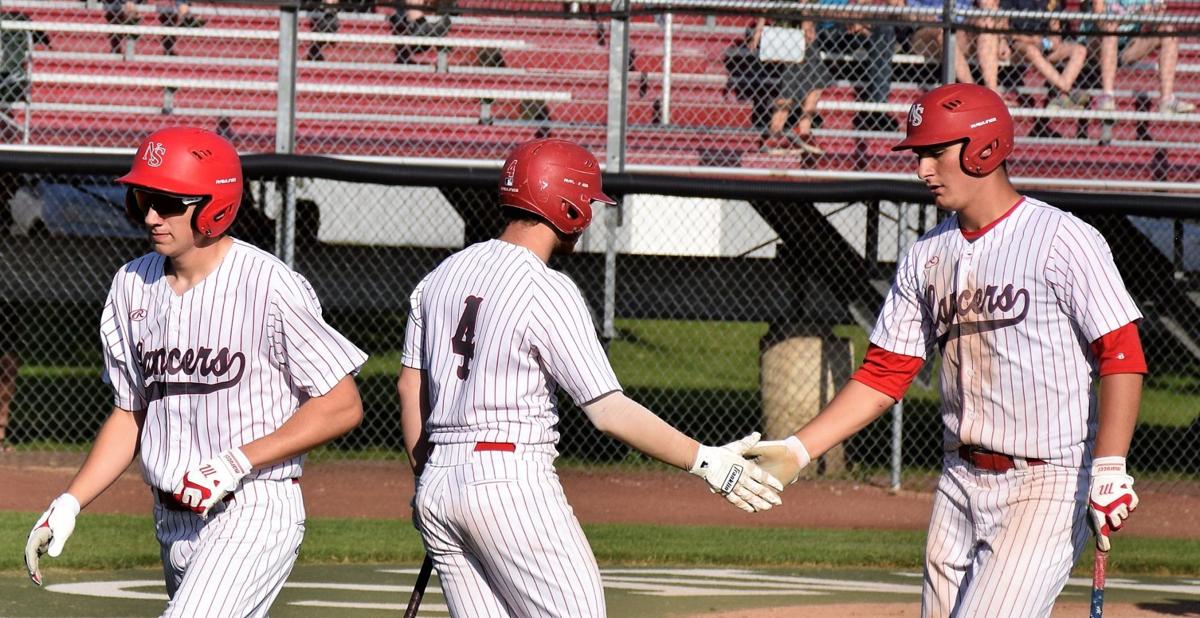 North Scott's Ryan Campbell, right, celebrates with Noah Young (4) as Alex Johnson heads back to the dugout after scoring runs in the third inning against Davenport Central on Thursday at North Scott High School.

ELDRIDGE — The North Scott starting pitchers brought their bats to help themselves out on the mound on Thursday against Davenport Central.

Sam Skarich and Parker Ruth each picked up a win as the Lancers swept the Blue Devils in Mississippi Athletic Conference action by the scores of 11-5 and 13-6.

But in addition to the pitching, Skarich and Ruth each had big impacts at the plate. In the Game 1 win, Skarich went 2-for-4 with a double and a triple and drove in three runs. On the mound, Skarich pitched four innings, allowing two earned runs while striking out six.

The big blow for the home team in Game 1 came in the third inning when Alex Dickman cleared the bases with a three-run triple to push a 5-3 lead for North Scott to 8-3. Ryan Campbell also had a two-run double for the winners.

Ruth had a little rougher start for the Lancers (2-3, 2-0 MAC) in Game 2, giving up two runs in the first inning. But the senior settled down after that, allowing just two runs in his last four innings of work. Ruth had seven strikeouts in his five innings.

But Ruth helped dig his team out of the hole and also expanded its lead. Ruth’s two-run double in the third inning help the hosts rally from the 4-0 deficit they had fallen into. His blast into the right-center field gap drove in Cody Sunny and Skarich to put North Scott on top 5-4.

Ruth then helped push the lead out even further in the fourth inning. After an RBI double from Skarich, Ruth smashed a two-run single up the middle to push the advantage to 8-4 for the winners. In all, Ruth finished with four runs driven in for the Lancers. Noah Young added a two-run double later in the fifth for North Scott to make it 10-4.

For the Blue Devils (3-2, 0-2), Andrew Hutchcroft had a two-run single in the first game while Maddox Sullivan, Nick Hartje and Owen Sexton also drove in runs for the visitors.

Alex Clemons delivered a two-out, run-scoring single in the bottom of the seventh to lift Pleasant Valley into the Class 4A state title game.

Alex Clemons has produced at the plate and on the mound for Pleasant Valley High School's baseball team this season.

Pleasant Valley used a pair of six-run innings to roll past Johnston and collect its first state baseball championship in program history.

Central DeWitt cruised past Waverly-Shell Rock 11-1 in five innings Wednesday at the Class 3A state baseball tournament in Iowa City.

Pleasant Valley won its first state tournament game in 41 years Thursday with a 5-1 triumph over Ottumwa in Iowa City.

Centerville rallied from a seven-run deficit to beat Camanche 12-11 in eight innings late Wednesday night in a Class 2A state semifinal.

North Scott's Ryan Campbell, right, celebrates with Noah Young (4) as Alex Johnson heads back to the dugout after scoring runs in the third inning against Davenport Central on Thursday at North Scott High School.