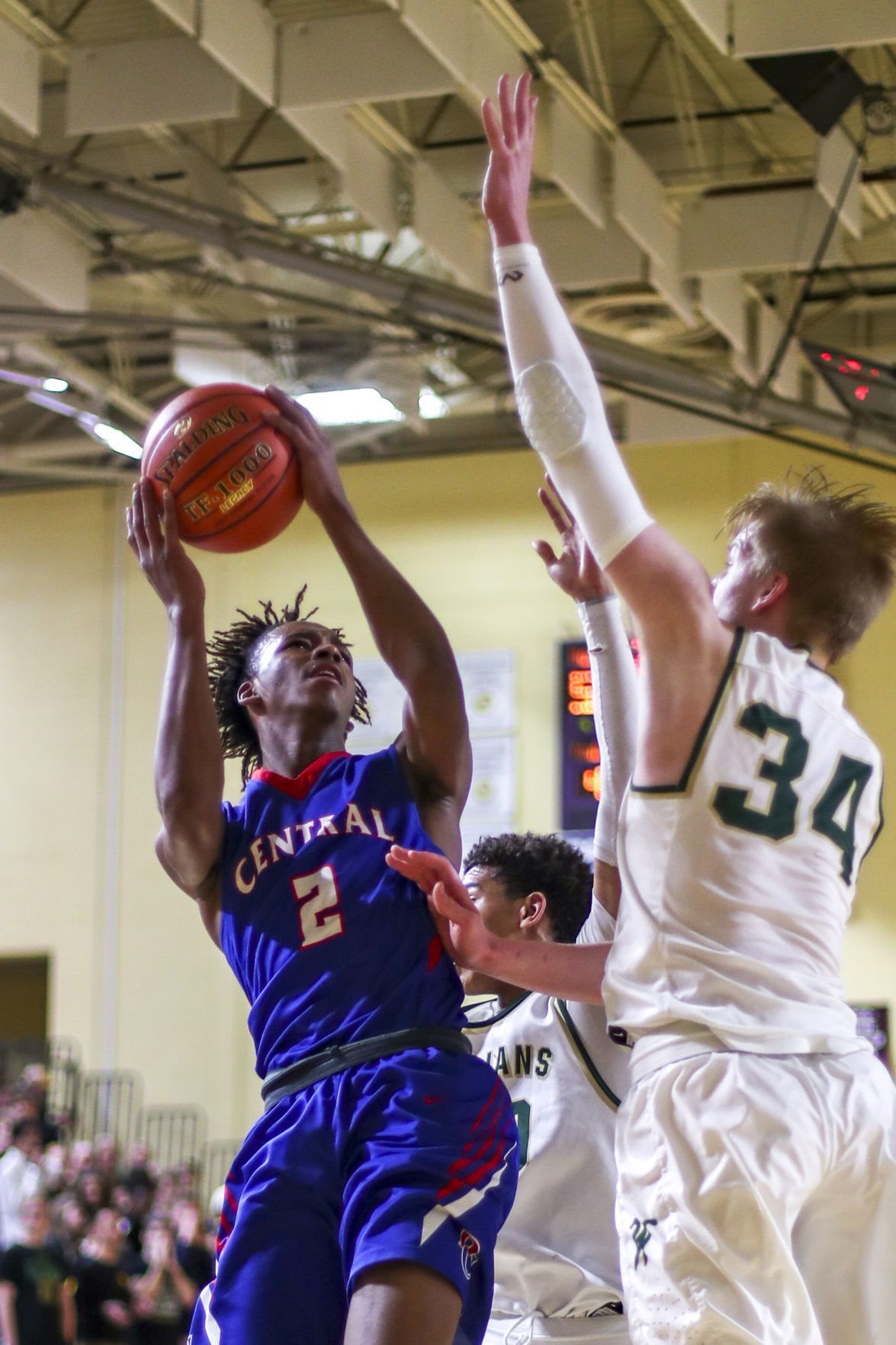 Davenport Central's Emarion Ellis takes a shot while Iowa City West's Even Brauns tries to block him during the third quarter of last year's substate final in Muscatine. Ellis is among four returning starters for the Blue Devils. 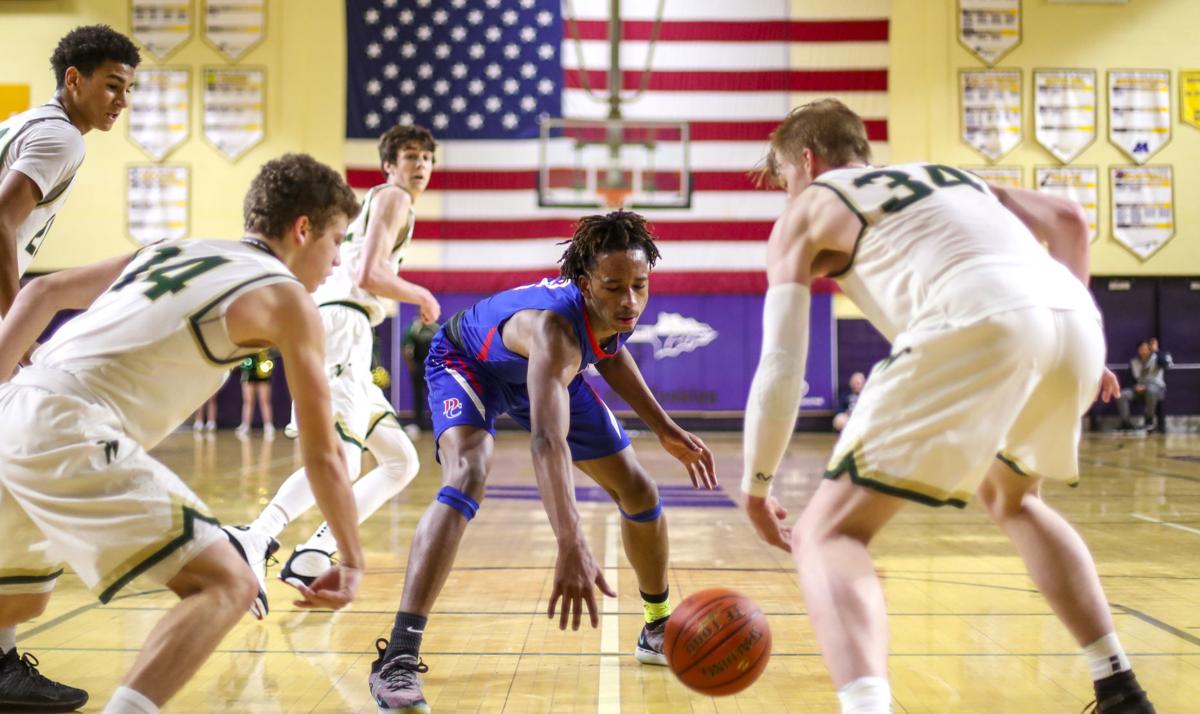 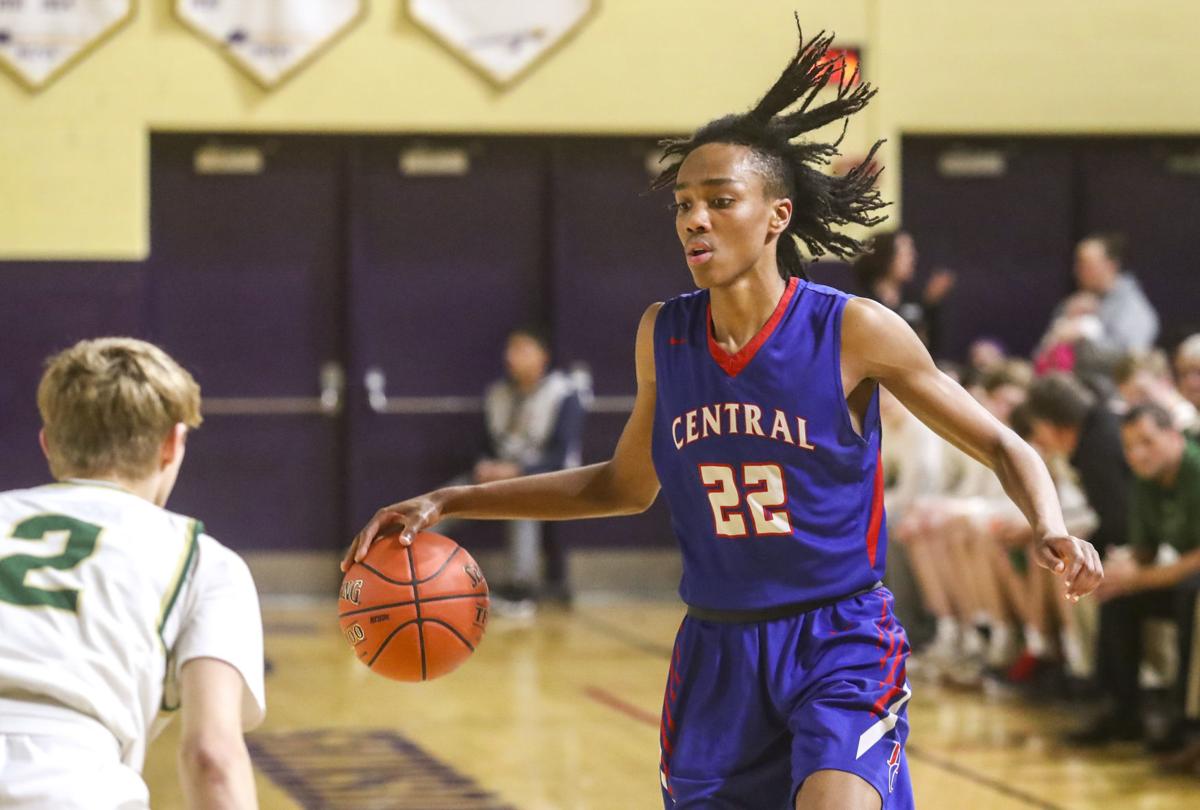 They return more starters than any other boys basketball team in the Mississippi Athletic Conference. They have a junior who is a budding college prospect. And they possess plenty of motivation.

Coming off a 16-win season and a Class 4A substate final appearance, Davenport Central begins its 2019-20 campaign Tuesday night at home against Dubuque Hempstead.

"We've got a balanced group, a lot of chemistry," Phillips said.

North Scott is considered the preseason MAC favorite by the coaches, but Central is right behind. Miller and Phillips averaged double-digit points per game last year and Ellis is expected to increase his 8.6 points per outing.

"We feel good where we're at, but we still need to develop some depth," Central coach Craig Wurdinger said. "That's going to be our biggest obstacle until we get some game experience.

"We hope these four (returning starters) can take us to where we want to go. If these four can stay healthy and stick together, and we can get three or four more guys to fill a role, we can be pretty good."

The motivation stems from how last season ended.

After beating Cedar Rapids Kennedy in the substate semifinal 61-56, Central was humbled by perennial power Iowa City West in the substate final 72-46, a game in which it trailed by 17 points by halftime.

The Blue Devils are seeking their first state tournament trip in 12 years.

"We've all been through it before now and have that experience and what to do in certain situations," Phillips said. "We went through some losses last year, so we should be better prepared and feel we can make it to state this year."

Ellis could be a significant reason for that.

He has grown several inches since last season and is listed at 6-foot-5. He also had the opportunity to play for the Iowa Barnstormers this past offseason, a chance to showcase his talent against other elite players across the country.

Iowa coach Fran McCaffery is among the coaches who have have had an eye on Ellis in the past several months.

"Being around other talented Division I players has helped Emarion see what's out there and how good the talent is out there," Wurdinger said. "He can be right with them, so hopefully he can bring that energy and ability we need for the team.

The Blue Devils should get a good handle on where they stand before the two-week holiday break.

Hempstead, Dubuque Senior, Geneseo, Bettendorf and North Scott are among their opponents before Dec. 21.

"We're hoping to contend for the conference title," Wurdinger said. "It's always nice to have depth, so that's what we're trying to develop right now.

"Our returning guys have done a great job with the chemistry and getting those guys up to speed."

The Moline boys basketball team did not make things easy on a Galesburg team looking to clinch a Western Big 6 Conference title.

Davenport Central's Emarion Ellis takes a shot while Iowa City West's Even Brauns tries to block him during the third quarter of last year's substate final in Muscatine. Ellis is among four returning starters for the Blue Devils.