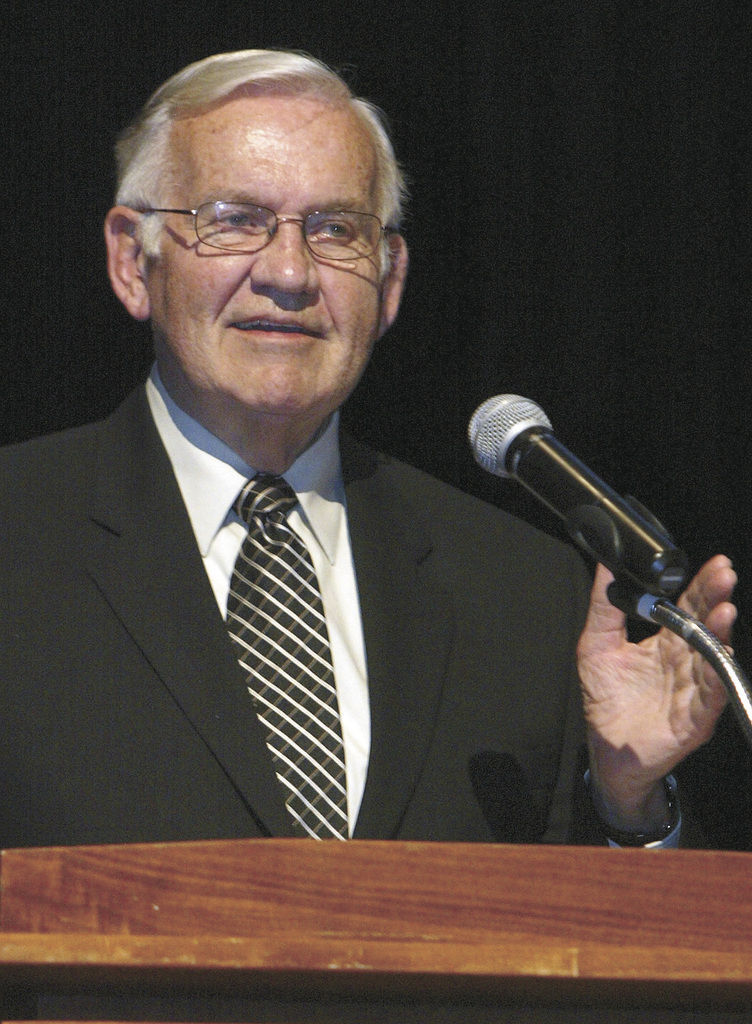 Don Grensing speaks at the 2010 Quad-City Times Salute to Sports, where he was inducted into the Quad-City Sports Hall of Fame.

Quad-City Sports Hall of Fame member Don Grensing and his daughter, Linda Grensing Crum, a 2015 inductee, attend the opening of the Hall of Fame display at Modern Woodmen Park in 2015.

From the basketball court to the classroom to the dugout, Don Grensing always encouraged those around him to think.

He expected that of the players he coached during a lengthy run as the basketball coach at Davenport Central.

He expected that of the students who learned history in his classroom.

He expected that of those who he played with or coached during a decades-long semi-pro baseball career as well as the players he spoke with as the long-time leader of the Quad Cities River Bandits baseball chapel program.

Grensing, 93, passed away Tuesday at his Davenport home.

In addition to his wife, Donna, daughters Victoria, Michelle and Linda and their families, Grensing left behind a legacy of elevating the minds and spirits of those around him.

They taught and coached together for decades.

“Don truly had a good sense of humor, but he was firm in the classroom and on the court,’’ Dunsworth said. “He wanted his students and his players to maximize their potential.’’

Dunsworth recalled that Grensing would frequently use the corner of a blackboard in his classroom at Central to test his students.

Across it, he would write something like, “George Washington crossed the Cedar."

A few days later after students had been taught that Washington had crossed the Delaware, “George Washington crossed the….” might have become part of a quiz or exam.

“Some students who had paid attention answered correctly. Others answered ‘Cedar’ and didn’t get it right,’’ Dunsworth recalled. “But what Don was trying to do was get his students to think for themselves. He was always trying to help everybody, trying to make those around him better.’’

Dunsworth came to understand that as they worked together as scouts for Jim Fox-coached football teams at Central, leaving for games after Grensing had completed early basketball workouts and Dunsworth had wrapped up cross country programs.

“I did the spotting and Don did most of the work. He’d then go meet with Jim Fox on Sunday on give him the report each week on what we had learned,’’ Dunsworth said. “We all did a little bit of everything then, but baseball was his love.’’

Grensing played baseball and basketball as a youth growing up in Muscatine and he coached both sports at his first two teaching stops at the former LeClaire High School from 1952-54 and at Wilton from 1954-60.

He was a teacher, coach and athletic director at Davenport Central from 1960 until his retirement in 1999. He coached boys basketball at Central from 1960-84 and worked as an athletics administrator there for 15 years after that.

Grensing’s resume includes 401 wins as a basketball coach, including coaching the Blue Devils to a state championship in 1970 and a runner-up finish in 1979.

In addition to coaching, Grensing played semi-pro baseball for the Muscatine Red Sox for 60 years. He continued to help the team out even longer, but called it a playing career after pulling both hamstrings while running the bases at the age of 77.

He shared his faith with minor-league baseball players who competed for the River Bandits and for visiting teams, leading chapel services for players and coaches in the dugouts before gates would open at Sunday home games for more than a decade.

During his career, Grensing coached three athletes who played in Super Bowls, Wally Hilgenberg at Wilton and Jamie Williams and Jim Jensen at Central.

But at the time of his induction into the Quad-City Sports Hall of Fame in 2010, he fondly remembered the athletes who put everything they had into their athletic endeavors, successful or not.

“That’s all you can ask,’’ Grensing said.

In addition to being selected to the Quad-City Sports Hall of Fame, Grensing received similar hall of fame recognition from six other organizations.

Funeral services for Grensing are scheduled for 11:30 a.m. on Friday at Calvary Church, Muscatine, where visitation is scheduled from 10-11 a.m. prior to the service.

Don Grensing speaks at the 2010 Quad-City Times Salute to Sports, where he was inducted into the Quad-City Sports Hall of Fame.

Quad-City Sports Hall of Fame member Don Grensing and his daughter, Linda Grensing Crum, a 2015 inductee, attend the opening of the Hall of Fame display at Modern Woodmen Park in 2015. 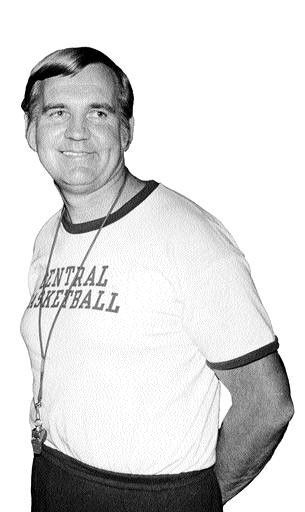