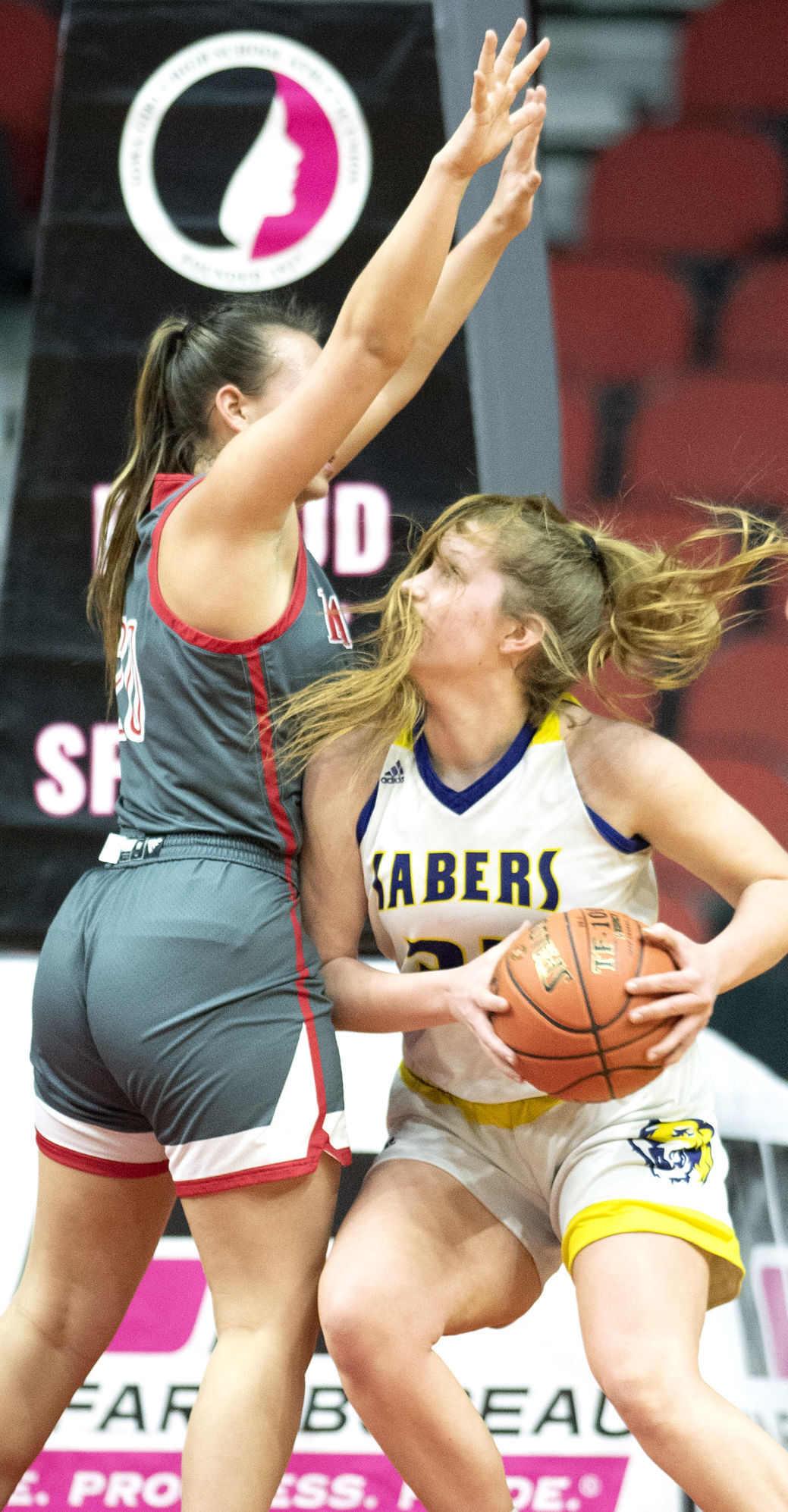 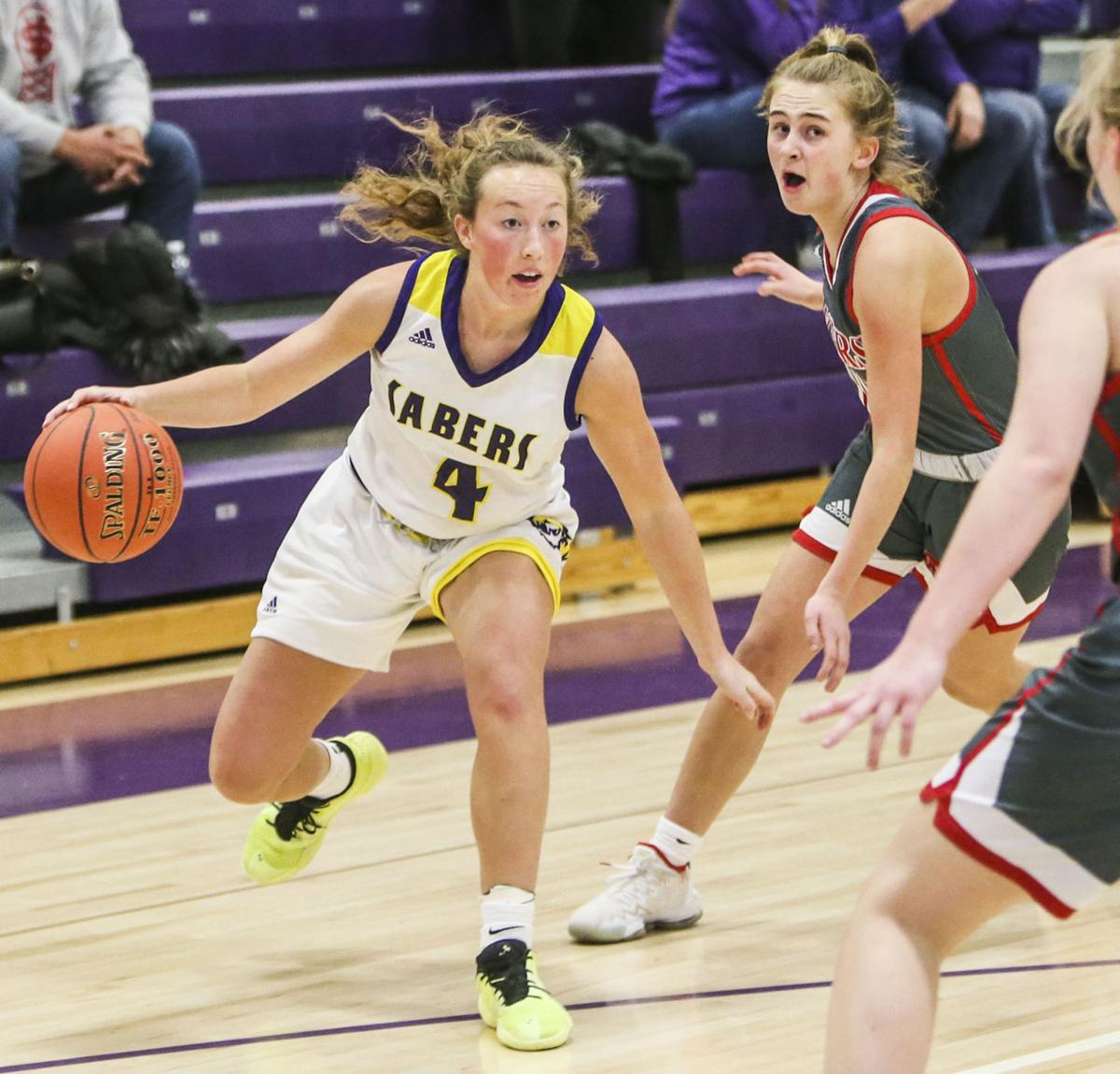 Central DeWitt's Allie Meadows has scored 860 points and dished out nearly 150 assists in her career. Meadows is one of three starters returning for the Sabers, who begin the season ranked third in Iowa Class 4A. 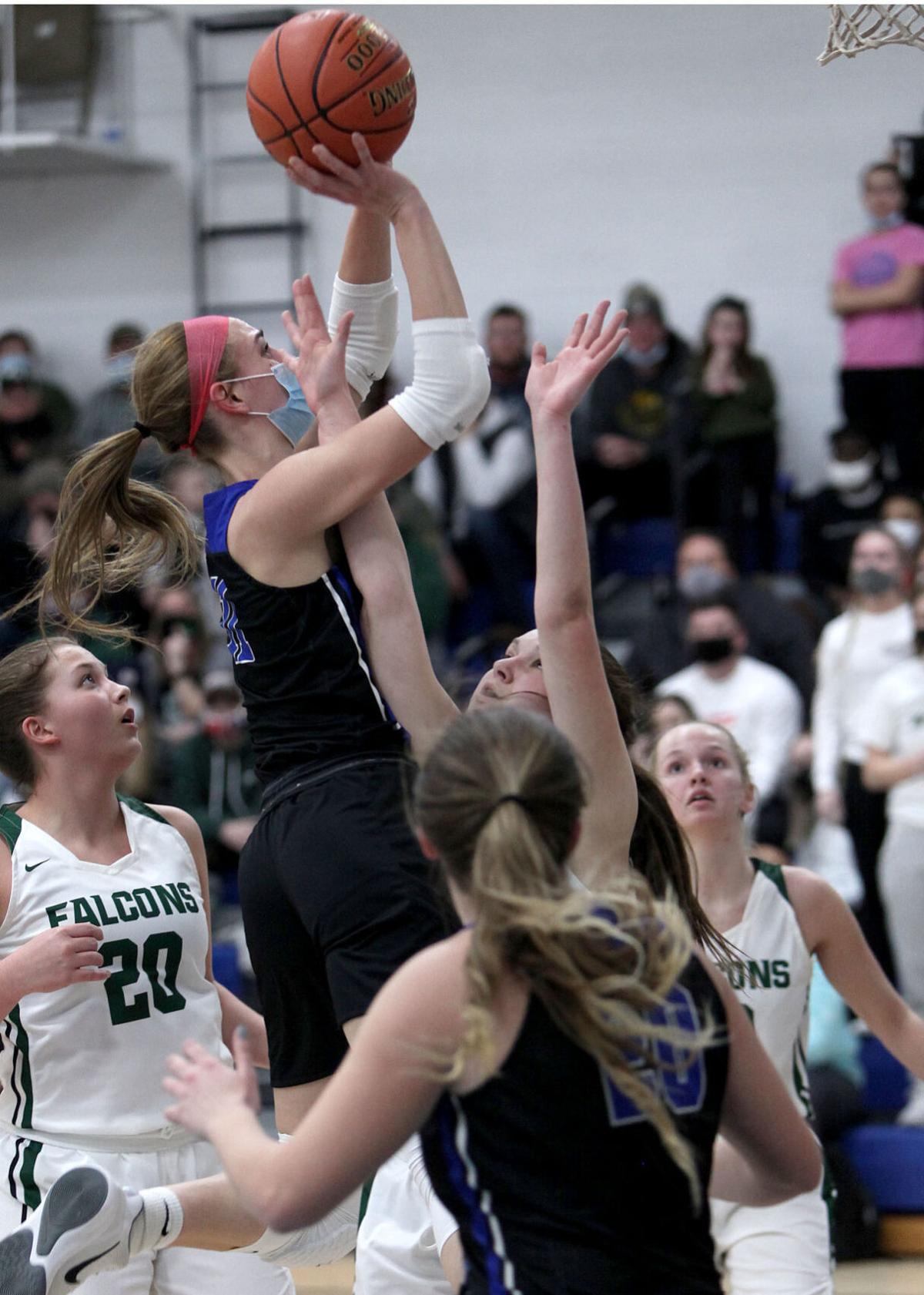 Macy Daufeldt of West Liberty drives the lane and scores during the first period of the Class 3A Region 8 final on Saturday, Feb. 20, 2021, at Wapello High School. West Burlington defeated West Liberty 47-45 to claim a state tournament berth.

Allison Meadows and Taylor Veach have done nearly everything together.

They have been best friends for over a decade. They played youth basketball together and have now become the 1-2 punch for Central DeWitt. They led the Sabers to the state tournament for the first time since 2011.

Veach and Meadows are two of three Quad-City area players selected to the top team. In total, there are nine players from the Q-C sprinkled into the IPSWA all-state teams throughout the five classes.

Dubbed the Mississippi Athletic Conference Player of the Year, Veach led the league and was fourth in 4A in scoring at 19.1 points per game. The Illinois State recruit paced DeWitt in field goal percentage (44.0) and rebounds per contest (6.1). It is her second straight year on the IPSWA first team.

Veach was the only Q-C area girl on the Iowa Girls Coaches Association (IGCA) all-state fist team in 4A.

Meadows, a third team IPSWA selection a season ago, was behind Veach in the MAC and on the team in scoring at 15.8 points per game. Standing at 5-foot-8, she snared 5.3 rebounds per game and led team in steals (2.1).

North Scott's senior duo of Ashley Fountain and Samantha Scott were named to the 4A second and third team by both the IPSWA and IGCA, respectively. It's the first honor for both players.

Fountain, in her first year with the Lancers after transferring in from Bettendorf, led them in four different categories and was named to the all-tournament team following a double-double versus DeWitt and an eight-point, eight-rebound game against Glenwood.

Scott scored over 15 points in three of North Scott's four postseason games and shot the highest percentage from the free throw line (77.1). The Colorado Mesa recruit finished with 10.1 points per game.

In Class 3A, West Liberty's Macy Daufeldt garnered first-team honors from the IPSWA for the first time in her career. The junior pulled in a team-high 7.9 rebounds per night and shot 45.3% from the field, also a team best. She was second in scoring (14.4) and steals (3.5).

Daufeldt's teammate, sophomore Finley Hall, made it back-to-back appearances on the third team from the IPSWA. Hall, selected as a third-teamer from the IGCA, led the Comets in scoring at 14.8 per contest and was second in rebounds (5.4) and assists (2.5).

Davenport North's Bella Sims (5A) and Wilton's Kelsey Drake (2A) were both on the IPSWA second team.

Drake eclipsed the 1,000-point and 500-rebound career totals in her junior year. She was the focal point of Wilton's offense as she paced them in scoring (19.8) and rebounds (8.1).

Bettendorf sophomore Hattie Aanestad, in her first year playing varsity basketball, landed on the 5A IPSWA third team. The sophomore led the Bulldogs in scoring at 13.3 points per game.

Louisa-Muscatine's Kylee Sanders (2A) and Assumption's A.J. Schubert (3A) were picked for the second and third team by the IGCA, respectively.

Waukee's Katie Dinnebier was voted as Miss Basketball by the IPSWA writers and coaches. The Drake recruit averaged 19.1 points per game and shot 56.4% from the field, both team highs on the 5A state champion Warriors.

North girls channel "Way of the Champion" in win over Bettendorf

Kilgore proves too much for Moline girls

Galesburg sophomore Kiarra Kilgore is emerging as a player to watch in the Western Big Six conference, and the Silver Streaks rode her 18 poin…

Sabers finish down the stretch to edge Blue Devils

It took a gutsy effort for the Rock Island girls basketball team to pull out a home win over United Township on Tuesday night.

Saddled up and ready to go, Geneseo spurred past Brimfield 69-55 on January 14 in Illinois girls high school basketball.

Thanks to her offseason commitment the past two years, Halle Vice has seen her production soar for the Pleasant Valley basketball team. Division I schools are taking notice of the 6-foot-1 junior.

The Pleasant Valley girls basketball team won its seventh straight game with a 59-26 rout over Bettendorf at PV High School.

Bettendorf squeaks past Sherrard in overtime

Central DeWitt's Allie Meadows has scored 860 points and dished out nearly 150 assists in her career. Meadows is one of three starters returning for the Sabers, who begin the season ranked third in Iowa Class 4A.

Macy Daufeldt of West Liberty drives the lane and scores during the first period of the Class 3A Region 8 final on Saturday, Feb. 20, 2021, at Wapello High School. West Burlington defeated West Liberty 47-45 to claim a state tournament berth.