GENESEO — The hill at Richmond Hill Park is no laughing matter.

Rock Island cross country coach Jarrin Williams said it has the ability to break your spirit, but on Saturday morning local athletes conquered the tough course at the Geneseo Invitational.

Both Pleasant Valley High School cross country teams won the overall team titles despite only having one runner (Joe Knepp, 7th) place inside the top 10 overall. Two races were run, and boys and girls ran together — split by freshman/sophomore and junior/senior. Luke Knepp was the top senior with a time of 17:51.4, which was 11th overall.

The Rock Island boys cross country team continued its improved 2022 campaign with three finishers in the overall top 10 — tied with Sterling for the most.

Freshman Gabe Mahn secured his third top 10 finish of the season with a third place overall result after crossing the line at 17:29.8. He finished as the top freshman over PV’s Knepp (17:42).

“We have been training really hard for hills the past couple of weeks so I felt pretty strong on them today,” Mahn said. “I was pushing hard and felt good. I felt prepared.”

Mahn’s kick on the last quarter mile when the ground finally flattened was one of the more impressive of the early morning freshman/sophomore race.

“Just knowing that you’re almost done and wanting to push yourself and leave it all out there is really how I finished that race,” Mahn said.

“This year has been really fun. I did well this meet.”

Rocky junior Ian Regur finished two seconds behind Mahn 45 minutes later in the second race (17:31.5). Regur was the second fastest runner in the final race, coming in behind only Sterling’s Dale Johnson (15:53.2), who won the boys event.

“Ian just has that dedication,” Mahn said. “He’s been training harder than any of us have the past year or two, and he’s improved a lot.”

However, the top local runner was Geneseo’s Dylan Gehl. He placed second overall after an impressive 17:05.2 time, which was the fastest sophomore by 55 seconds.

“I went into today with the mindset that I’m going to win this,” Gehl said. “I wanted to keep going no matter what, and if any of the competition was feeling extra strong today, then I would just go even harder.”

Running at his home course, Gehl was comfortable with running uphill or downhill. He’s mastered what works best for him.

“The thing about it is that you have to have equal effort both us and down the course,” Gehl said. “Up the hills you slow down a little bit, but down the hills is when you fly. The middle you just try and stay alive.

“And then that push you just have to go, even though it feels like you have nothing left. At that point you’re just running with your heart. You have to give it all you got.”

In the girls race, United Township freshman Rubi Tapia-Macias was the top local finisher. She ran the hilly course in 20.09.9, placing as the top overall freshman girl.

It was only Tapia-Macias’ fourth high school race, but she now has three top 5 finishes — including a win at the First to the Finish Invitational — and a seventh place finish.

“It was pretty tough to run up those hills, it was tiring and my legs were burning, but I was able to get over them,” Tapia-Macias said. “I just kept thinking that once I get to the finish it’ll be worth it at the end.”

Tapia-Macias has been running since third grade and has been praised by her coaches for a worth ethic that has stood out in practice this season.

Grace Boleyn defended her title at the Spartan Invitational on Saturday at Crow Creek Park.

A look at boys and girls teams and individuals to watch in the Quad-Cities metro and surrounding area for this cross country season:

Rock Island boys XC hasn't won a WB6 title since 2005, but the Rocks have placed high expectations upon themselves after a high finish at the season-opening Moline Invitational. Read about the Rocks:

With the Western Big 6 cross country season getting underway, read to learn about a few teams and individuals to watch this season. 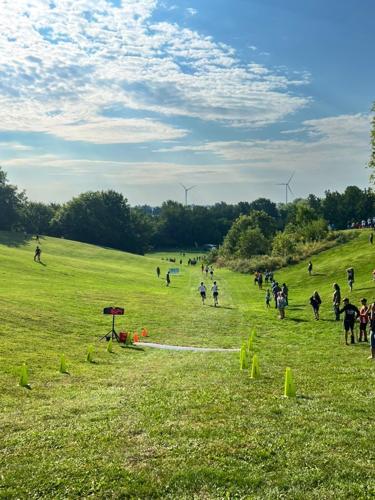 Runners race down the hill during the freshman/sophomore race at the Geneseo Invite at Richmond Hill Park on Saturday. 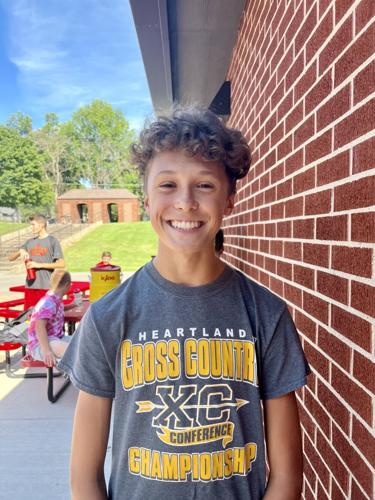 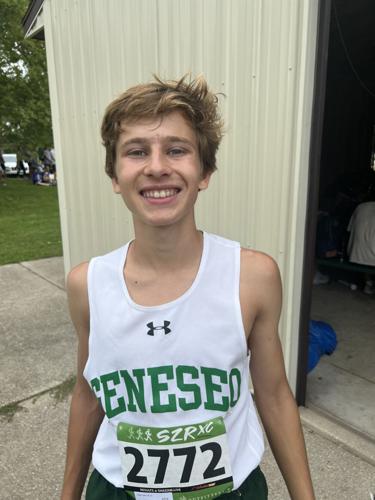