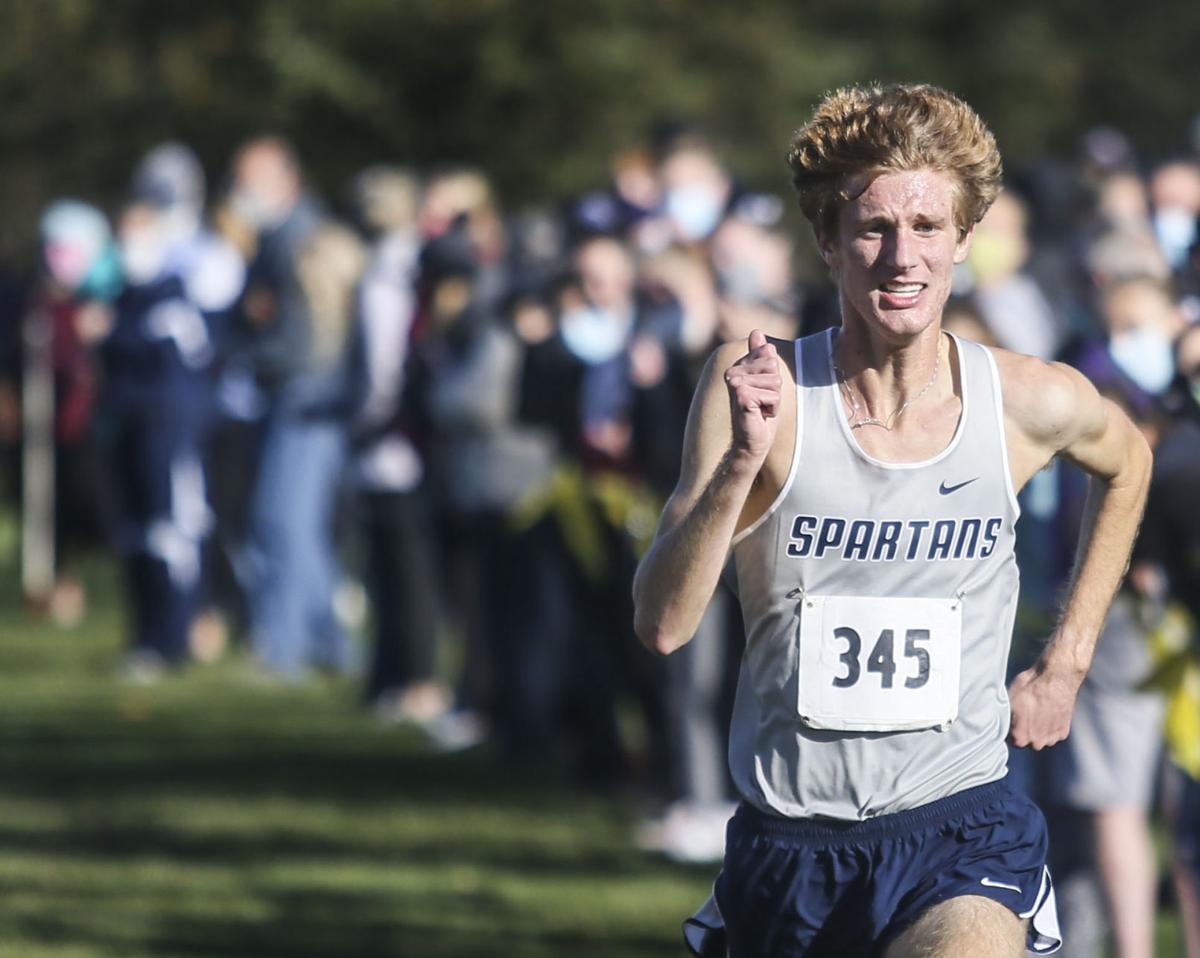 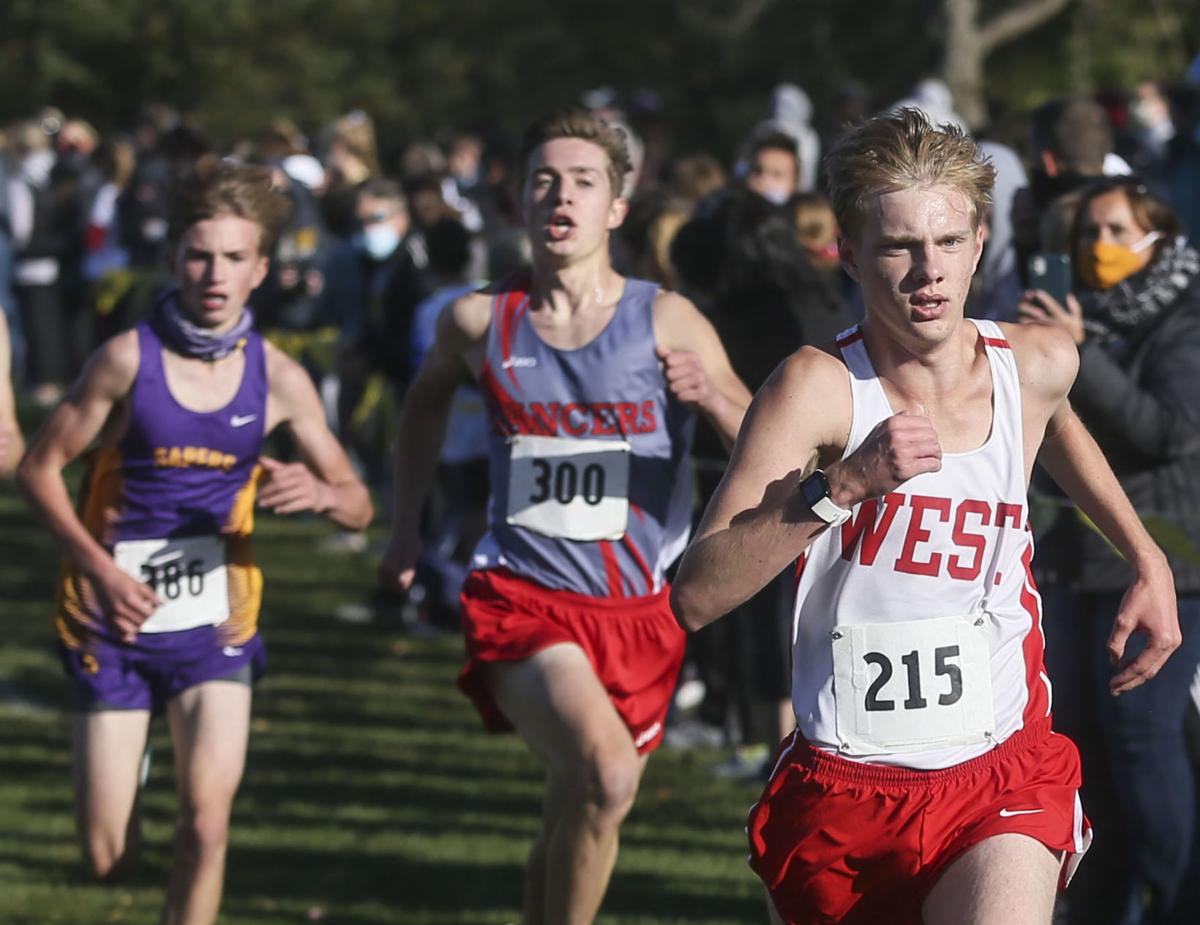 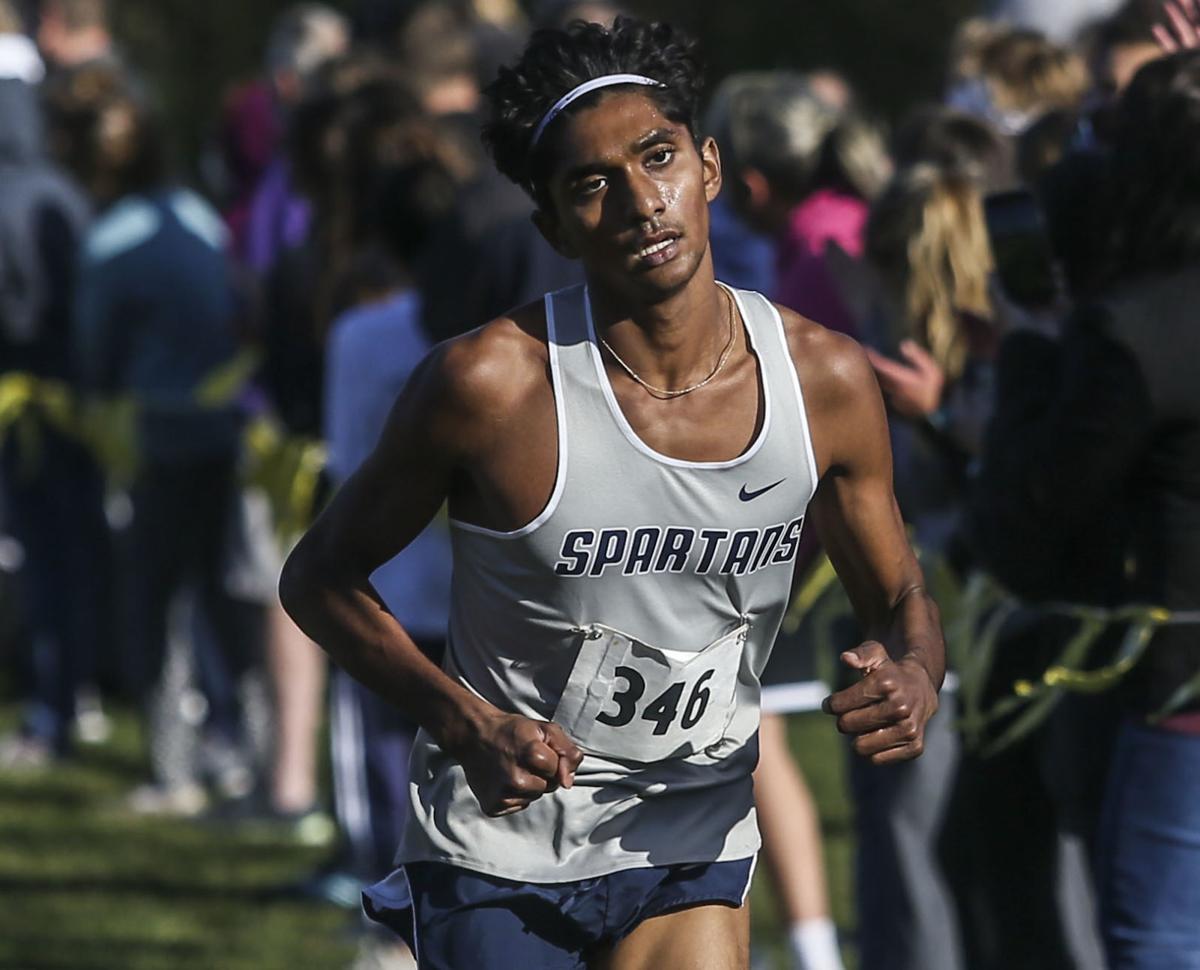 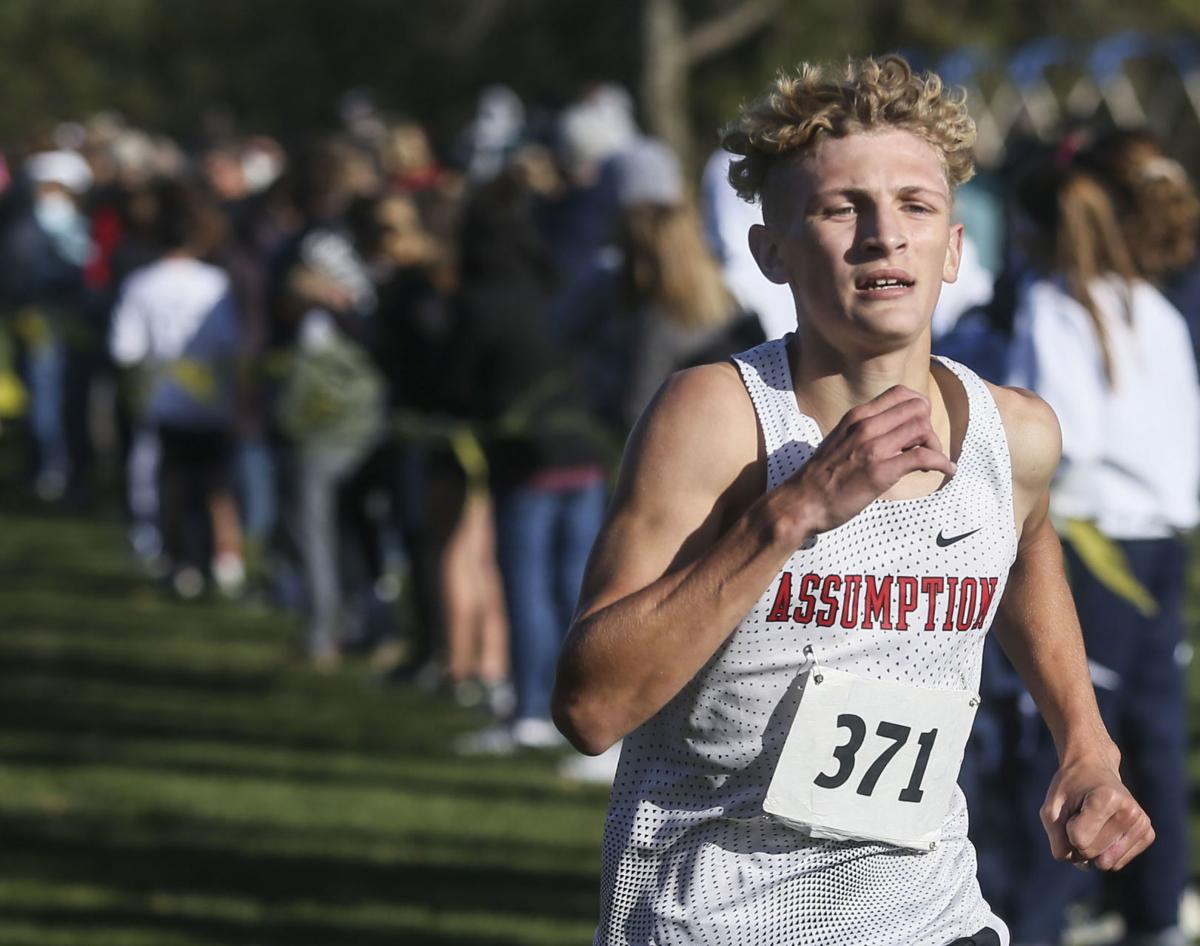 In early September, the first meet of the season, Kole Sommer did not break 17 1/2 minutes and was not one of the top two finishers for the Pleasant Valley boys cross country team at the Spartan Challenge.

About six weeks later on the same course, nobody was close to staying in touch with the Spartan senior.

"Throughout the season, I've just been having a lot more confidence than I had in the past," Sommer said. "After that first race, the expectations were pretty low for me.

"I've really focused more on having fun this season. When I have fun and enjoy it, I tend to run better."

With five runners in the top nine, Class 4A 12th-ranked PV made it 10 straight conference championships with 21 points. Bettendorf was second at 55 points, followed by North Scott (92) and Muscatine (120).

Under coach Erik Belby, the Spartans tend to reload and never rebuild. They graduated their top five finishers from last season's second-place finish at the state meet.

"We had a lot of shoes to fill, but also knew there was some talent there in the front," Belby said. "We needed to bring along our fourth and fifth runners. That was holding us back throughout the season, so to have our fifth runner in the top 10, it really gave us a big lift."

"He's just really turned the corner as a competitor," Belby said. "With each race, his confidence continues to build. It is really special to watch."

It was a 24-second career best for Sommer at Crow Creek Park and a 98-second improvement from Sept. 5.

Less than 500 meters into the race, he snatched the lead and never gave it back.

"I didn't know if I was going to have control that early, but I just went with it and kept on racing," Sommer said. "I was really happy with it."

The Spartans tumbled several spots in the state rankings this week after losing to Iowa City Liberty and Iowa City High last Thursday. They admitted it lit a fire under them.

"We were a little disappointed in that," Vedula said.

The Bulldogs had three in the top 10 with Moore, Chase Wakefield and Xavier Potts.

"MAC is important, but districts is what it is all about," Moore said. "We can't get too comfortable. We can definitely celebrate and be proud of our accomplishment today, but we also need to know we're not finished."

The three Davenport public schools, Bettendorf, North Scott and PV will run at Crow Creek on Wednesday in the state qualifier along with Burlington, Iowa City Liberty and Cedar Rapids Prairie. The top three teams advance to the state meet.

"We were a little shaky in our last couple of meets, so to come here, score better than we wanted, I think we're ready to go and win districts and contend for a top five at state," Vedula said.

Playing host to one of the IHSA's 15 statewide Class 1A cross country regionals Saturday, the Alleman girls made the moment their own.

Young runners come up big in 1A regional

Featuring a roster that on paper looks light on experience, the Ridgewood girls cross country team has nonetheless made tremendous strides thi…

MORRIS — For the first time in 11 years, the Geneseo High School girls cross country team is a regional champion.

Knoche 'in best shape of my life' heading into season's homestretch

WHEATLAND, Iowa — October has been very kind to Chase Knoche.