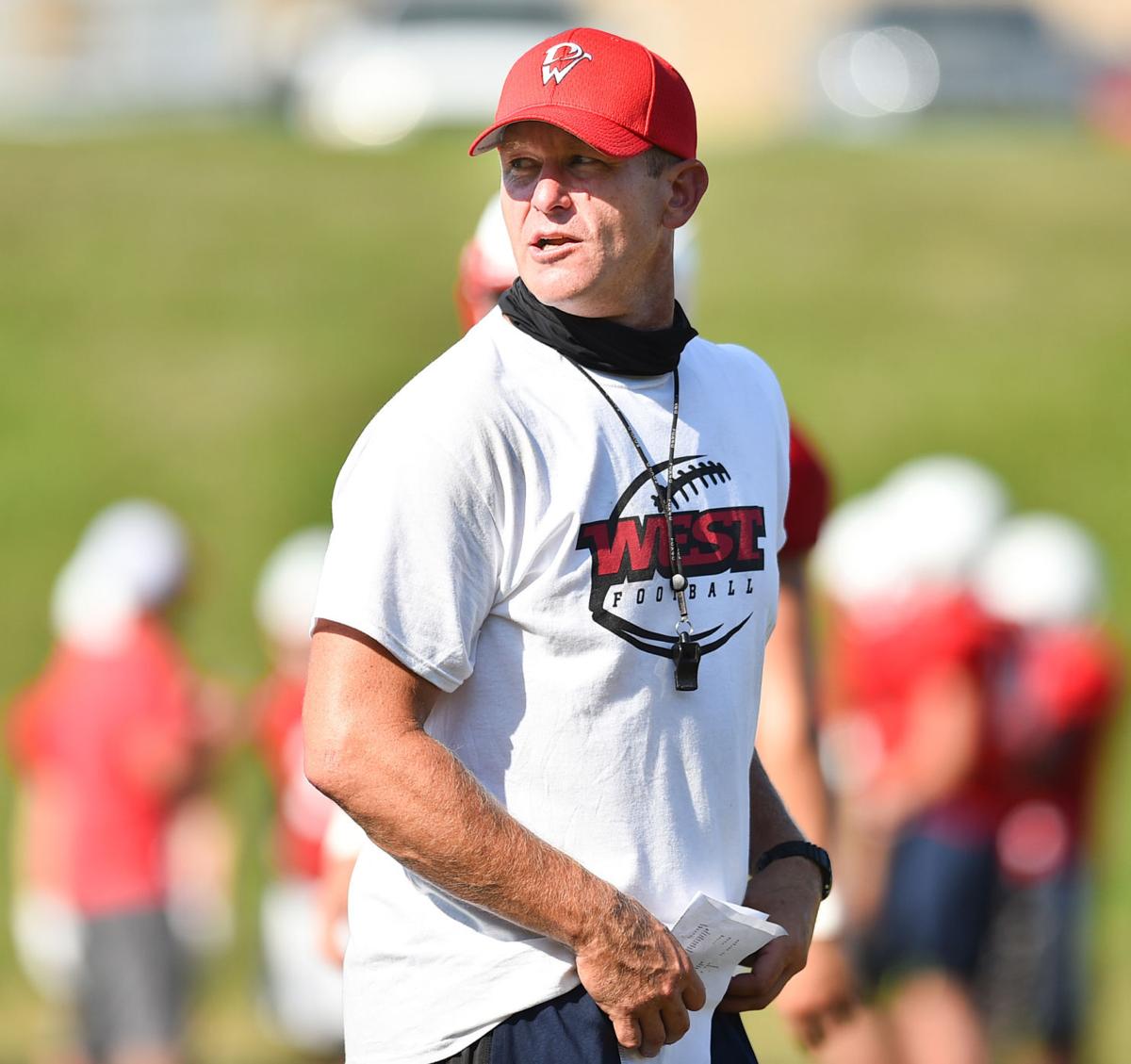 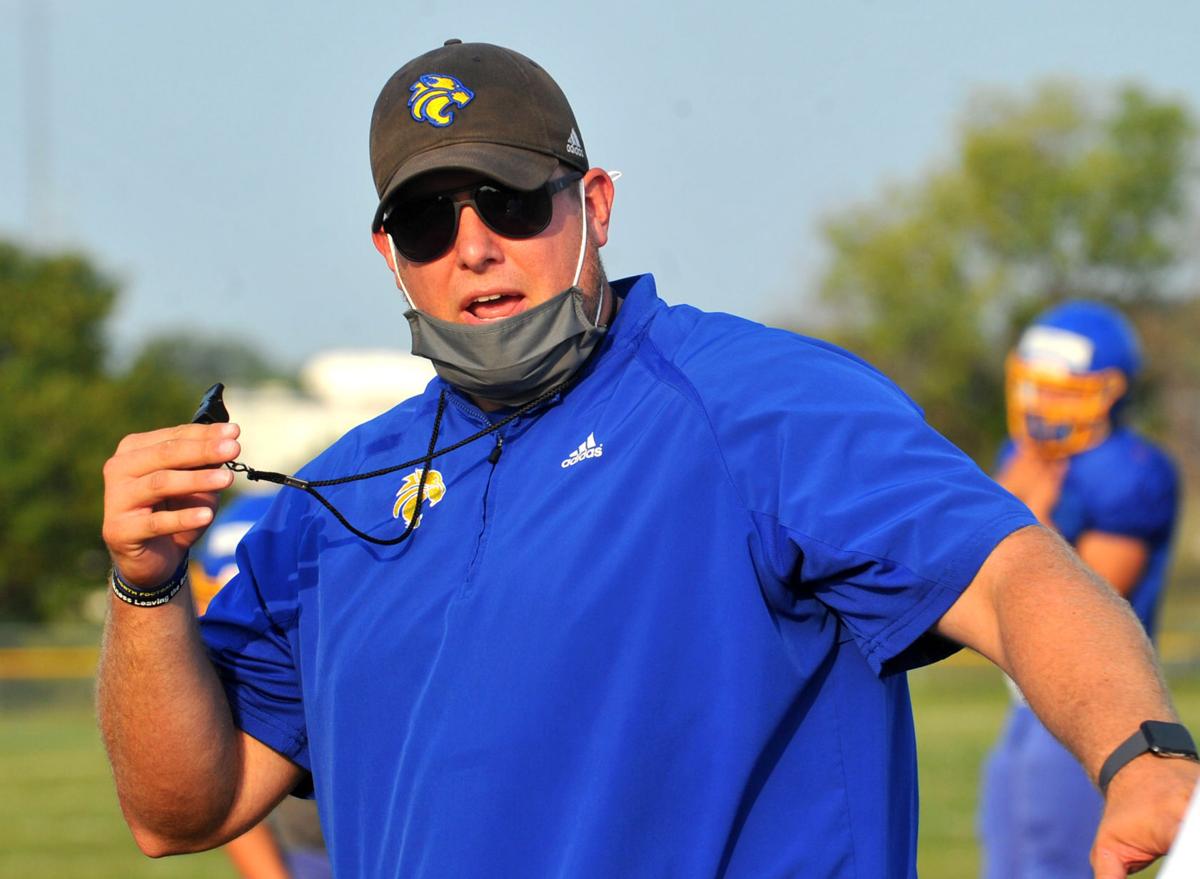 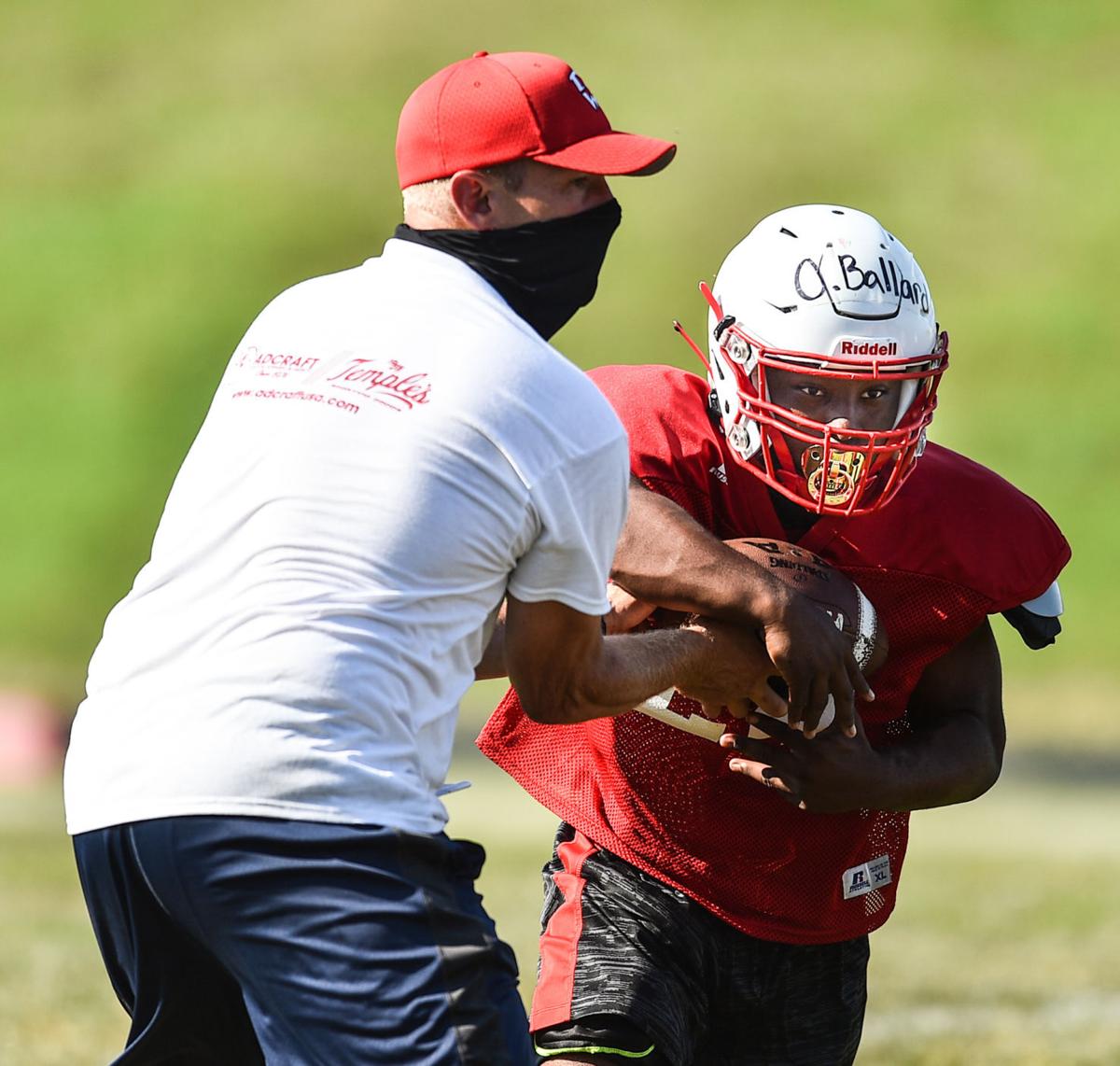 Just two years ago, Brandon Krusey was donning the blue and gold and leading Davenport North’s football program onto the field at Brady Street Stadium.

Just two years ago, Krusey was coaching Dominic and Quincy Wiseman, Cade Sheedy and Zane Beebe, now upperclassmen at North, to the best start in school history at 5-1.

When Krusey steps onto the turf at Brady Street Stadium on Friday night, he’ll be wearing the Davenport West red and white and seeking to upend a program he had a significant hand in building and players he helped develop.

Win or lose, the first-year West head coach will be relieved when the clock on the scoreboard strikes zero around 10 p.m.

“Personally, it is not one I’m looking forward to at all,” said Krusey, who has multiple coaches on his staff who also were at North. “I want us to get better, I want us to compete and get after it, but I would not choose to do this every time. We need a few more years of separation.

“I'd rather play people I don’t know at all than people I was around for a number of years. On a personal note, there is no real satisfaction in playing these things.”

Krusey and Hite, hired at the same time in the Davenport Community School District, met five years ago. Krusey was the defensive coordinator for the Falcons and Hite coached junior high football in Walcott and assisted with West’s defensive staff.

When Krusey departed to become the head coach at North, Hite headed to Augustana College for a couple of seasons to assist its football program. Then in Krusey’s final year at North in 2018, he brought Hite on to call the offense.

Krusey took a position in Mason City following the 2018 season. Hite was elevated to head coach and continued to build on what Guy Dierikx (now coaching at Riverdale) and Krusey had done.

The Wildcats equaled a program-best six victories last year and rolled past Burlington 40-7 last week to open the season.

Krusey hopes to follow a similar blueprint at West.

“(North) is in a drastically different place than they were eight to 10 years ago,” Krusey said. “With us here, the plan is to keep working fundamentally, keep trying to improve kids slowly and understand that it isn’t a fast process.

“It isn’t only instilling football knowledge, but strength, confidence and accountability. North has that rolling for them a little bit right now, better than it has in quite a while.”

Krusey and Hite said they talk occasionally, mostly during the offseason or if there are specific issues related to the district and football.

This week? This football season?

Hite said it is no different than his relationship with close friend Alex Berg, the offensive coordinator at Davenport Central.

It will be the first time Krusey and Hite have gone head-to-head.

“We both have a mutual respect for each other, and both of our main goals is to make Davenport Community Schools one of the premier football districts, not just our each individual schools," Hite said.

Despite his connections with those at North and the memories he has from his three seasons there, Krusey said he won't have any difficulty separating that from the task at hand Friday night.

West is 0-2 and looks for a more competitive outcome after one-sided losses to Davenport Assumption and Central DeWitt.

"This is our team, this is what we are and we're all about trying to get better," Krusey noted. "I wish (North) the best of luck other than this game.

"I'm proud of what we accomplished there, but we're about building something here and getting this going at West."