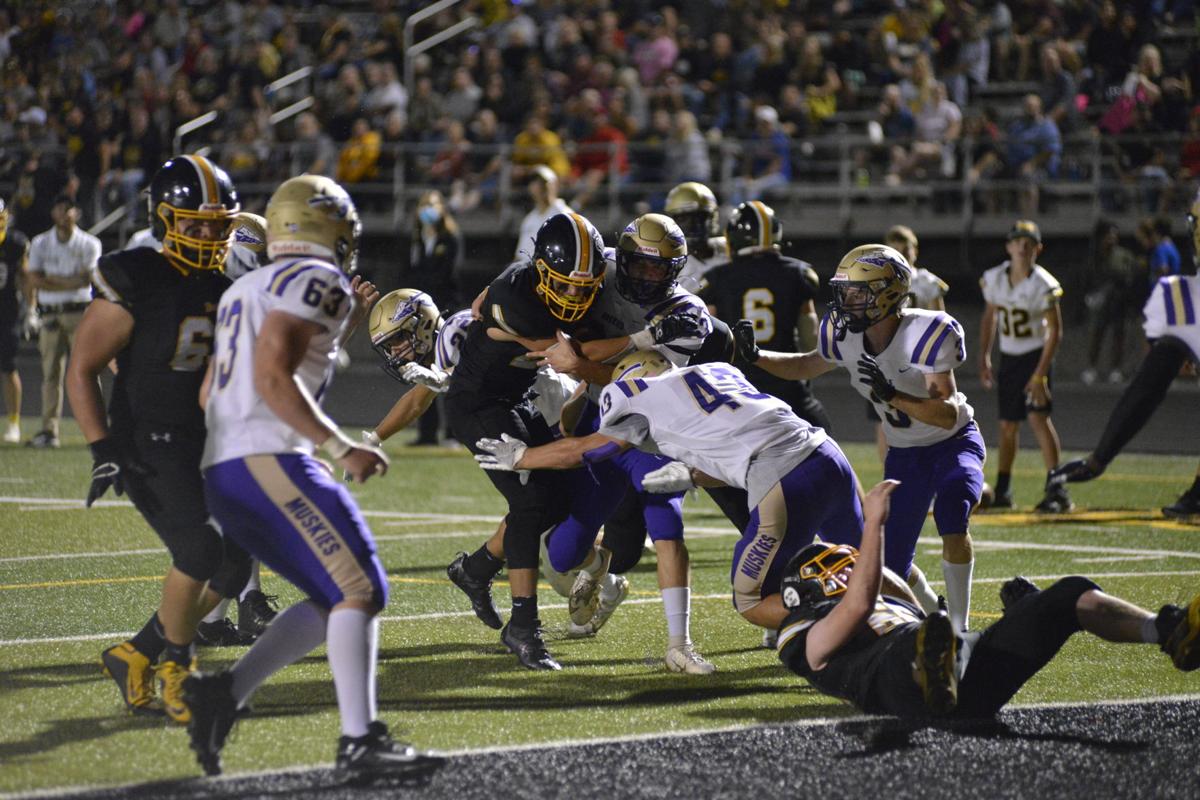 Isaiah Martinez of Bettendorf, center, moves the Muscatine defensive backward until they can stop him at the 2-yard line on a second-quarter run Friday night at TouVelle Stadium in Bettendorf. Martinez scored on the next play. 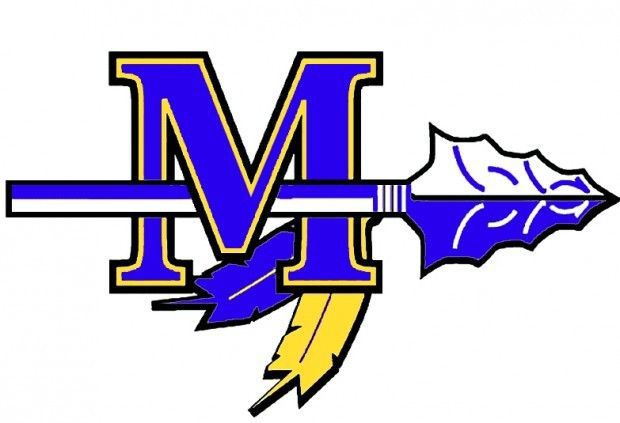 When the Bettendorf football team lost its starting senior running back to injury early in its contest with Muscatine, that’s when junior Isaiah Martinez stepped up.

Martinez rushed for 144 yards and scored three rushing touchdowns on Friday night as the Bulldogs avoided their worst start to a season in 45 years with a 27-6 non-district win over the Muskies.

Bettendorf (1-2) lost senior Terry Dunn to an injury on its first drive of the game. But Martinez shifted from his starting strong safety position into the Bulldog backfield for the rest of the game, averaging 8.4 yards per rush.

“That’s what you expect for the next man in to do,” Bulldogs coach Aaron Wiley said. “He had a bunch of (repetitions) in practice and we think he is a good back and he is a starter on defense. He came in and ran well.”

Bettendorf’s first two drives of the game were not great, ending in a missed 37-yard field goal and a punt. But with Martinez getting the offense going, the hosts started to find their way.

Martinez ripped off a 44-yard run on the third drive, which he eventually finished with a 5-yard touchdown run on the first play of the second quarter to make it 7-0.

The junior then grinded out several seven- and eight-yard runs on the Bulldogs’ next drive and eventually scored from a yard out to push the lead to 14-0 with 8:15 left until halftime. Bettendorf quarterback Christian Kautz upped the winners’ lead to 20-0 just before halftime with an 8-yard scramble TD run.

Martinez picked up where he left off on the first drive of the second half. His 31-yard run set up his final touchdown run of the game when he broke through several tackles for a 3-yard score two plays later. After Josh Pelzer’s third point-after of the game, it was 27-0 for the hosts.

For his part, Martinez said he just wanted to help his team get back in the win column.

“This is what I have been working for and I have been ready whenever they needed me,” Martinez said. “A win actually feels good but we have a tougher opponent next week (at Cedar Rapids Prairie), so we have to get right back into the weight room (on Saturday).”

Bettendorf’s defense took it from there, holding Muscatine to a total of 164 yards, including only 95 total yards on the ground.

Muscatine (0-3) did get on the board late in the third quarter when quarterback Landon Battey snuck in from one-yard out. The two-point run failed.

But the bright spot for the Muskies was sophomore running back Ty Cozad. Cozad finished with 89 yards rushing on 18 carries.

“Ty is not playing like a sophomore anymore,” Muscatine coach D.J. Hawkins said. “He finally has that confidence and he understands.

“We got our effort going and we competed in a tough place to play and we did not back down from the challenge.”

Isaiah Martinez of Bettendorf, center, moves the Muscatine defensive backward until they can stop him at the 2-yard line on a second-quarter run Friday night at TouVelle Stadium in Bettendorf. Martinez scored on the next play.