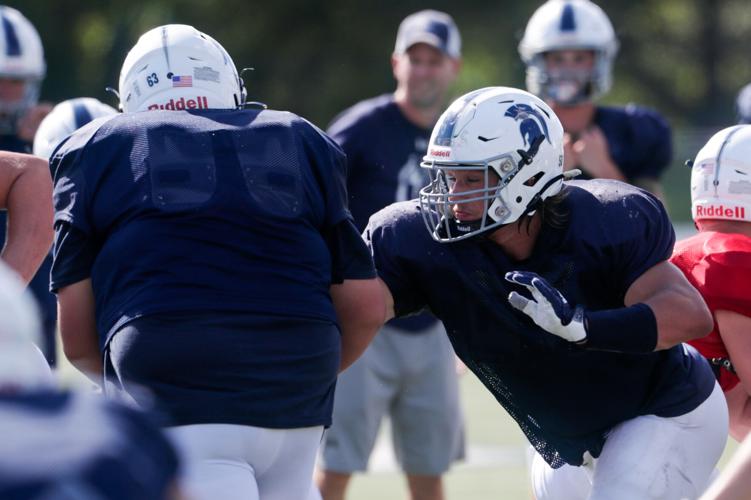 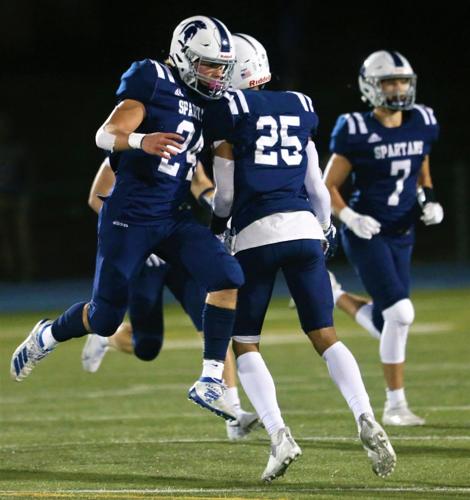 Pleasant Valley linebacker Tate Lyon (24) celebrates with defensive back Mahki Wilson after Wilson made an interception against Cedar Falls in a Class 5A first-round playoff game last season. 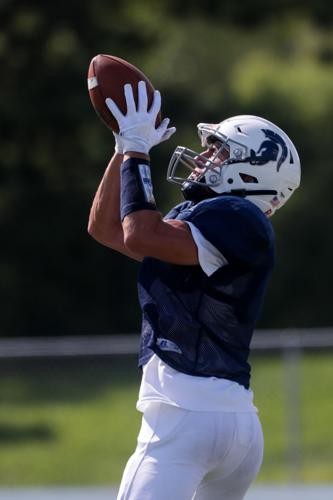 Pleasant Valley's Ryan Doyle has three of the team's six interceptions through the opening month of the season.

They are fast, physical and ferocious. And through four games, they have been extremely stingy.

The 2022 edition arguably could be his best.

PV's starting defensive unit has yielded only one touchdown through the opening month, a second-quarter score to Linn-Mar in Week 3. The Spartans are the top-ranked scoring defense in Class 5A at 5.5 points per game.

"It is just our ability to fly to the ball," senior defensive end Andrew DePaepe said. "We don't give up a lot of plays, and we take pride in not letting up too many touchdowns."

The second unit has surrendered more touchdowns than the starters — 2 to 1.

"I don't like it when our second team 'D' is scored on," senior free safety Makhi Wilson said. "That's not something we like. We want to keep teams at zero."

The Spartans (4-0) vaulted to No. 1 in the 5A state rankings earlier this week by the Associated Press.

Other than an overtime win over Linn-Mar, PV has faced little resistance with 31-, 42- and 40-point victories heading into Friday's game at Brady Street Stadium against Davenport North.

"It is just a ranking, but it is pretty awesome to see it at the same time," senior linebacker Rusty VanWetzinga said. "To go from 4-5 as a freshman to 4-0 and No. 1 in the state, that's a crazy transition to be part of.

"Still, the journey is not over yet."

Semifinalists two years ago and quarterfinalists last year, PV has aspirations of getting to the UNI-Dome in November and contending for a state championship.

The defense will be at the forefront of that quest.

The Spartans possess all the necessary components on that side of the ball — talent, size, experience, speed and knowledge.

DePaepe, listed at 6-foot-5, 250 pounds, is a Michigan State recruit. Joey VanWetzinga (6-2, 250) is a two-way starter and has turned heads in the weight room. He bench-pressed 300 pounds before his freshman season.

"Those guys are real difficult to block," coach VanWetzinga said. "Andrew is really long and quick and has a lot of attributes you'd want in a rush end. Joey can play every position for us up front, and he's one of the most powerful kids we've ever had come through here."

Juniors Mason Breen, Will DePaepe and Josh Hansen, along with senior Travis Neumann, have made an impact on the defensive line as PV has 29 tackles for loss (10 sacks) in the first four games.

PV has two electric linebackers in junior Tate Lyon (27 tackles) and Northwest Missouri State recruit Rusty VanWetzinga (26.5 tackles). They were the Spartans' top two tacklers a year ago as well.

"As a tandem, they are really, really good," coach VanWetzinga said. "We've had some real good ones, but those two are right at the top."

With the Spartans getting pressure with their front, it does not require PV to dial up too many blitz packages. The front line eats up blockers and allows the linebackers to roam and make plays.

"Andrew and Joey are creating havoc almost every single play," linebacker Rusty VanWetzinga said. "We've just got solid athletes all the way around."

The back end has Ryan Doyle, Coy Kipper, Wilson and Aden O'Donnell. Doyle has three interceptions on the season, including two at Linn-Mar.

"We've all known each other since junior high and have good chemistry," Wilson said. "That really molds our defense."

Assistant coach Joe Youngbauer makes most of the defensive calls with coach VanWetzinga having input.

"We've got a lot of guys that have played a lot of football in their lives, a lot here on the varsity level," coach VanWetzinga said. "Then, we've got some guys that are pretty knowledgeable football players. That goes a long way."

Yards have been difficult to come by for the opposition.

PV limited Cedar Rapids Prairie's run-heavy attack to 50 rushing yards on 33 attempts. It held Dubuque Hempstead to 67 rushing yards and Linn-Mar to 32 yards on the ground. Muscatine had 165 rushing yards last week, but it came on 39 attempts.

Opponents are averaging just more than 100 passing yards a game against PV. The Spartans have six interceptions.

"We're not even near our peak performance yet," senior Rusty VanWetzinga said. "I don't think we've arrived yet. There is still a lot of season left."

And plenty of challenges await.

City High is third in 5A in passing yardage and Iowa City West has thrown 10 touchdown passes, tied for third-most in the class.

"This day and age, when you get so much publicity, you think as a young person you've arrived as an athlete," coach VanWetzinga said. "That's not the case.

"Our message to them is finding challenges and finding things to motivate all of us."

Once it navigates the regular season, challenges certainly will intensify in the postseason. Ankeny, Southeast Polk, West Des Moines Dowling, Cedar Rapids Kennedy and others have designs of vying for a state title, too.

"Once we get to the playoffs, that's our true test," Wilson said, "to see how good we are as a defense.

"In the meantime, it doesn't matter if we play a good team or a bad team, we just got to keep on grinding."

Old look for Bulldogs as they race past Davenport Central

Rock Island's Quonterrion Brooks ran for 332 yards and scored four touchdowns in Rocky's 68-35 victory over United Township. The Rocks outscored the Panthers 40-7 in the second half.

A capsule look at the Quad Cities metro games for Week 6 of the high school football season.

Off to its best start in more than 50 years, Durant seeks a sixth straight win Friday night when West Branch visits town.

Alleman wasn't happy that it had to forfeit against Moline. The team felt like it was improving after two positive showings, but the goal now is to end the year on a strong note.

Pleasant Valley linebacker Tate Lyon (24) celebrates with defensive back Mahki Wilson after Wilson made an interception against Cedar Falls in a Class 5A first-round playoff game last season.

Pleasant Valley's Ryan Doyle has three of the team's six interceptions through the opening month of the season. 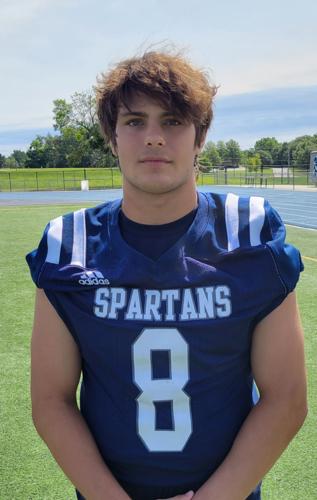