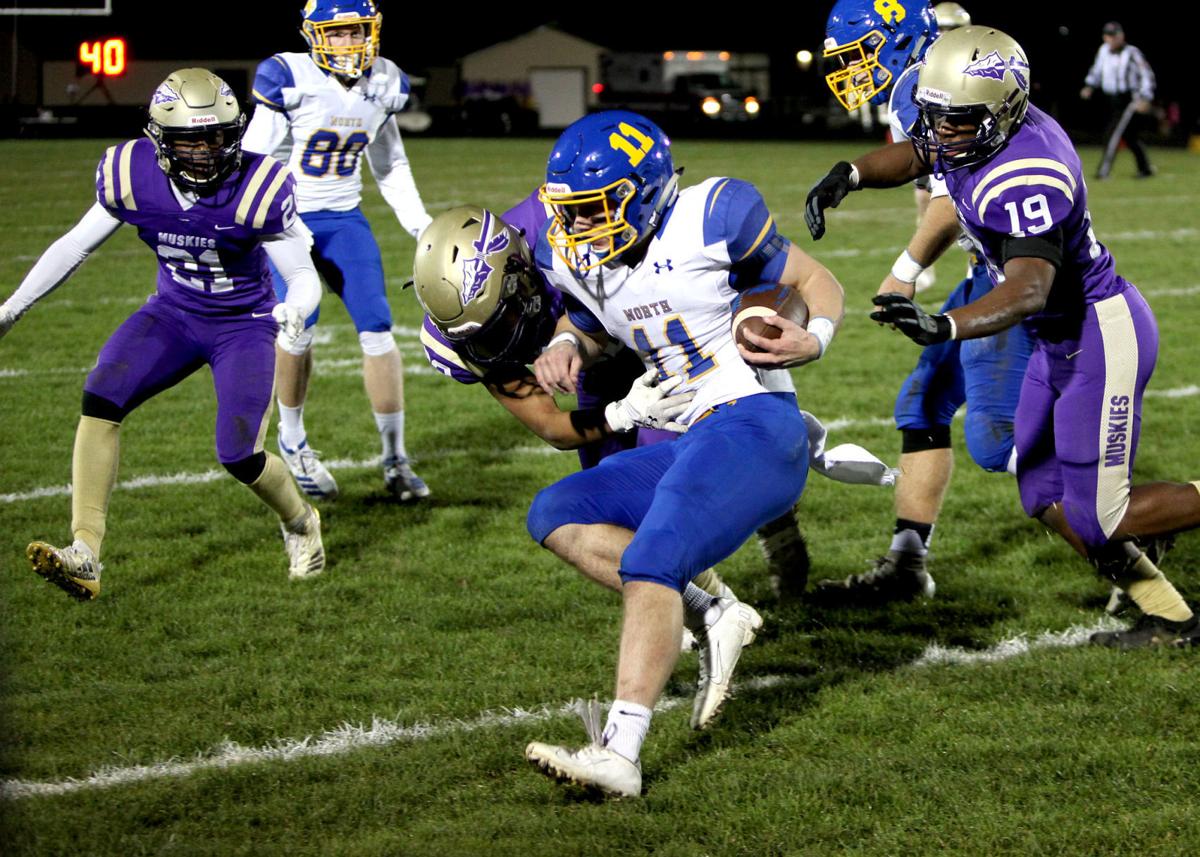 Jack West of Davenport North picks up a first down early in the first quarter Friday night. West had three rushing touchdowns in the Wildcats' 23-12 win over Muscatine. 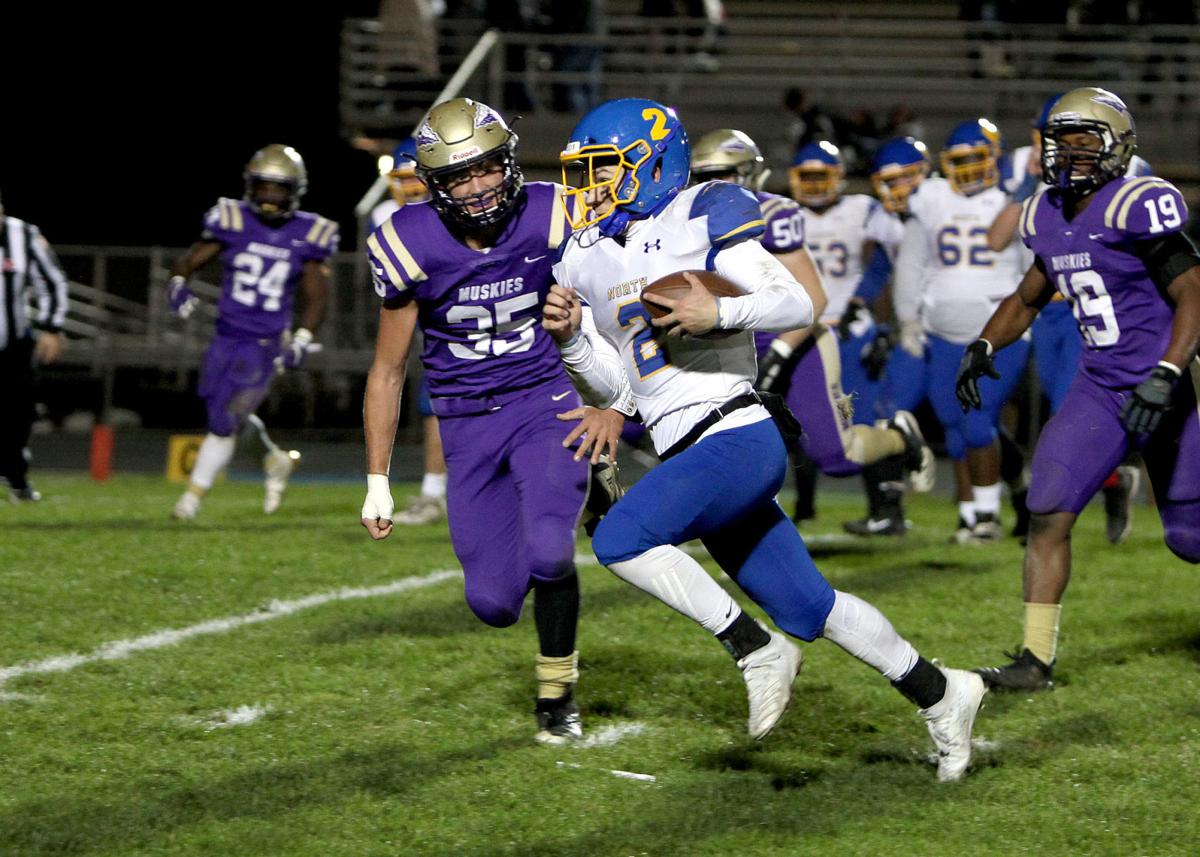 Kade Schultz of Davenport North runs to the outside for a big gain past Josh Thomas of Muscatine during the first quarter Friday.

MUSCATINE — They posed for photographs, shared hugs and high-fives.

Davenport North walked off the football field at Muscatine Community Stadium Friday night not knowing if a 23-12 win over Muscatine was the end of a memorable season or if it was enough to vault them into next week's Class 4A playoffs.

About 2 1/2 hours after the final snap, North found out its season was over.

"It will be hard, a tough pill to swallow going 6-3 and not making it in the big dance," first-year North coach Adam Hite said, "but it is one of the fairest ways to do things.

"We're just going to keep building, keep working. I'm not going anywhere anytime soon, so I'm excited to be here at North and keep this going in the right direction."

It was the program's first six-win season in 32 years and the second overall. It also was North's first victory over Muscatine since 1996.

"It means a lot," Hite said. "We're building something special here. I think people around the Quad-Cities are seeing North is relevant and can start contending with anyone."

The Wildcats finished 18th in the RPI, two spots from the cutoff. North and Sioux City East were the only 6-3 teams in 4A not to make the playoffs.

"It is going to suck if we don't get to play next week," senior quarterback Jack West said after the game, "but I'm extremely proud of everything we accomplished here. We left everything on the field, gave it a shot and that's all you can ask."

Kade Schultz ran for 137 yards and West had three rushing touchdowns as the Wildcats capitalized on three Muskie miscues.

Muscatine (1-8, 0-5) was poised to go in for a touchdown on the opening drive, but fumbled inside the North 10. The Wildcats recovered and answered with a 14-play scoring drive.

Set up by a shanked Muskie punt, the Wildcats took advantage of a short field early in the second quarter for their second touchdown.

"We've moved the ball all season, but all season long we've made too many mistakes on offense and special teams," Muscatine coach Jake Mueller said. "We're a better team than our record shows, but at the end of the day you are what you are.

Muscatine did answer with a pair of touchdowns, a reception from Zach Hardy and a rushing score from Tim Nimely, to get within 14-12 by halftime.

North controlled the clock in the third quarter with its run game. The Wildcats rushed for 201 yards.

"I don't want to say we were struggling, but we weren't pushing the run game like we wanted," Schultz said. "To come out and hammer it on the ground means a lot. Our linemen were doing a fantastic job."

The final turning point came midway through the fourth quarter.

Faced with fourth and 15 at the North 46, Muscatine had a high snap on a punt attempt. By the time Brady McDaniel collected it and tried to find room to run, he was tackled for a 35-yard loss.

Two plays later, West ran in from 13 yards to make it a two-score cushion.

It was particularly rewarding for the Wildcats given they failed to beat Muscatine in Week 9 last year, a game it needed to reach the playoffs.

"I'm at a loss for words," West said. "We finished the job we missed out on last year. We put in the work, so we'll just wait and see."

Nimely finished with 131 yards rushing for the Muskies, who didn't win at least two games in a season for the first time in 23 years.

When Matthew Bailey woke up Friday morning, he had no idea he would be committing to play football at Illinois just 48 hours later.

Jack West of Davenport North picks up a first down early in the first quarter Friday night. West had three rushing touchdowns in the Wildcats' 23-12 win over Muscatine.

Kade Schultz of Davenport North runs to the outside for a big gain past Josh Thomas of Muscatine during the first quarter Friday.