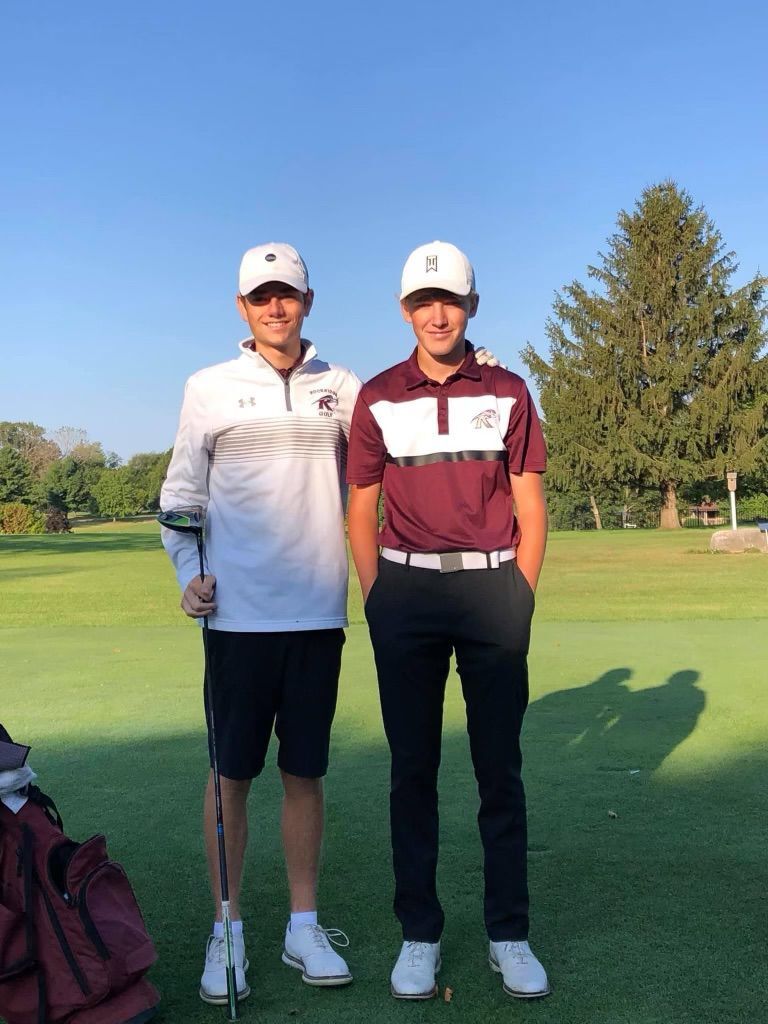 Rockridge High School seniors Dan O'Neill and Drew Hall have been among the area's top golfers again this fall and lead the Rockets to this week's IHSA Class 1A state boys tournament. 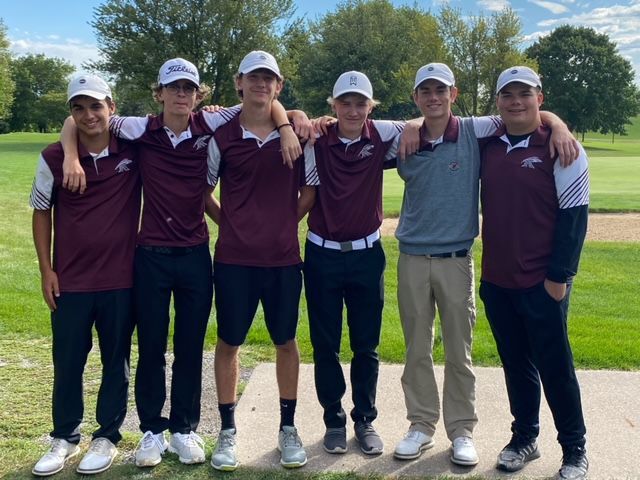 Drew Hall and Dan O'Neill know the ropes for this week's IHSA Class 1A state boys golf tournament and are hoping to do their best to also have their Rockridge High School teammates ready for the experience.

While the Rocket seniors are hoping to be at their best at Prairie Vista Golf Course in Bloomington, their focus will be split between their individual accomplishments and those of the team.

The Rockets are among the 12 teams competing for state hardware. And the two senior leaders are planning on doing their best to have their other four senior teammates — Cole Kuster, Nolan Thomas, Doug DeKeyrel and Aidan Heymann — ready for what they are hoping is a 36-hole venture against the best in the state, including Three Rivers Athletic Conference rivals Riverdale and Sherrard.

For first-year head coach Dana DeKeyrel, that is what makes Hall and O'Neill special above and beyond their considerable golf skills that have led the squad.

“Dan and Drew could be very, very selfish if they wanted to be,” said DeKeyrel of his two seniors who have proven to be among the best players in the area this fall. “But they have been the best teammates. … For three of our six, this is their first varsity experience and they have been very good mentors for these other guys.

“That's where the unselfishness comes from, from the fact they are constantly helping them not only with their swings, but the rules. They have played so many courses that even on the bus rides, they talk about 'OK, you want to watch out for this hole' or 'Watch out for that hole' or 'This is how I would approach that.'

“When you think about what they have meant to the program for the last four years, it's the maturity and the unselfishness that they have (that made them) wonderful teammates.”

That is very apparent. When asked what their goals were for the weekend, both seniors responded with hopes of the team making the 18-hole cut and being among the eight teams playing on Saturday. Their individual success, while important to the team, was secondary for both standouts who are still working on college plans for after this season.

For both Hall and O'Neill, getting to this point in the season and finishing with state dates is old hat. This is the third state finals for both, and they are excited to get back. They were both on the team that tied Sherrard for eighth place at state when they were freshmen and both earned individual trips as sophomores, with Hall placing third overall and O'Neill tying for 32nd. Last year's state finals were not held because of COVID-19 concerns, but both would have qualified had the finals been held.

Their relationship goes back further than golf, both saying they have been friends for years.

On the course, they are friendly rivals, spurring each other to success.

“We're always pushing each other when we practice and I think we both make each other better,” O'Neill said. “We're always competing, for sure, and we both obviously want to beat each other. At the end of the day, no matter what happens, we're still friends.”

That friendship is seemingly just as important as is their on-course success.

“It's been awesome to be able to talk golf with him, talk about whatever,” Hall said. “I take him to practice every day and we go over every round together pretty much.”

And you can bet the leaders have done that this week in getting their teammates ready for Friday's opening round.

“I know I can play well there and do enjoy that course,” said Hall, who carded a pair of even-par rounds of 72 in his bronze-medal weekend as a sophomore. “I have at least six rounds under my belt there and know the course well. It builds my confidence getting that third place under my belt.”

In true senior leader fashion, though, Hall relayed that his course knowledge won't just be helpful for his rounds.

“I'll try to help out the other guys as well,” he said.

And that will make for an even more enjoyable trip for all of the Rockets.

Rockridge High School seniors Dan O'Neill and Drew Hall have been among the area's top golfers again this fall and lead the Rockets to this week's IHSA Class 1A state boys tournament.