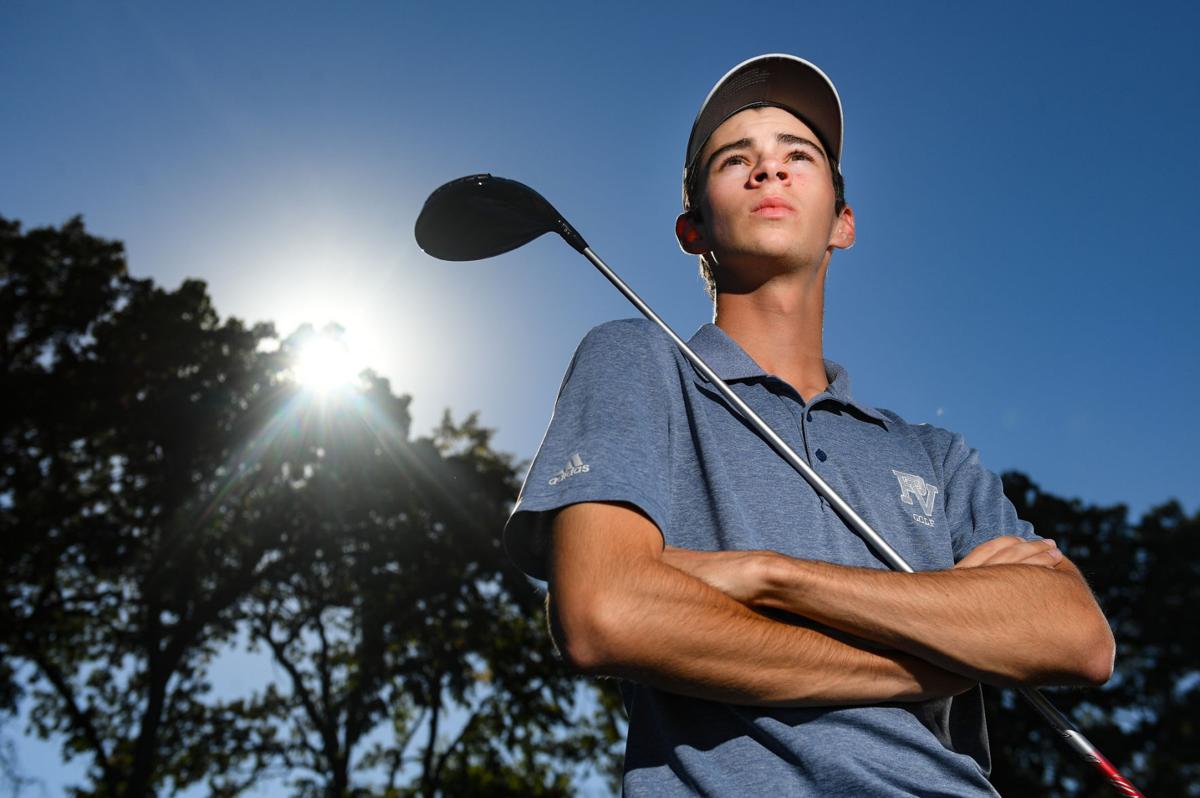 Pleasant Valley senior golfer Nathan Tillman is this week’s Iowa Pacesetter. Tillman was medalist at the Mississippi Athletic Conference tournament last weekend in Kewanee. In 11 18-hole rounds this season, Tillman has never shot higher than 77. He recently committed to continue his career at Western Illinois University. 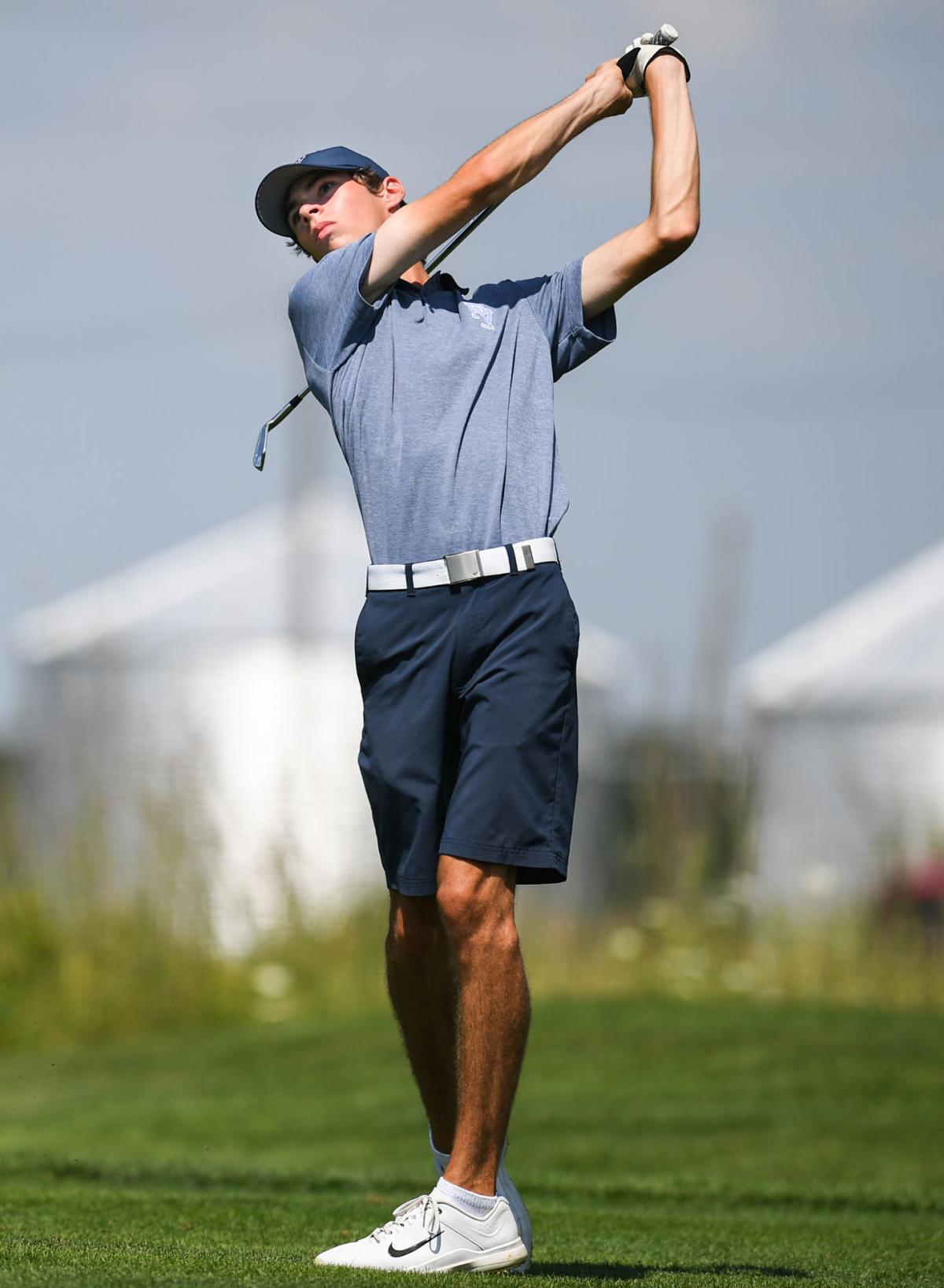 Pleasant Valley’s Nathan Tillman tees off on the 16th hole during the North Scott Invitational at Glynns Creek Golf Course earlier this season in Eldridge. 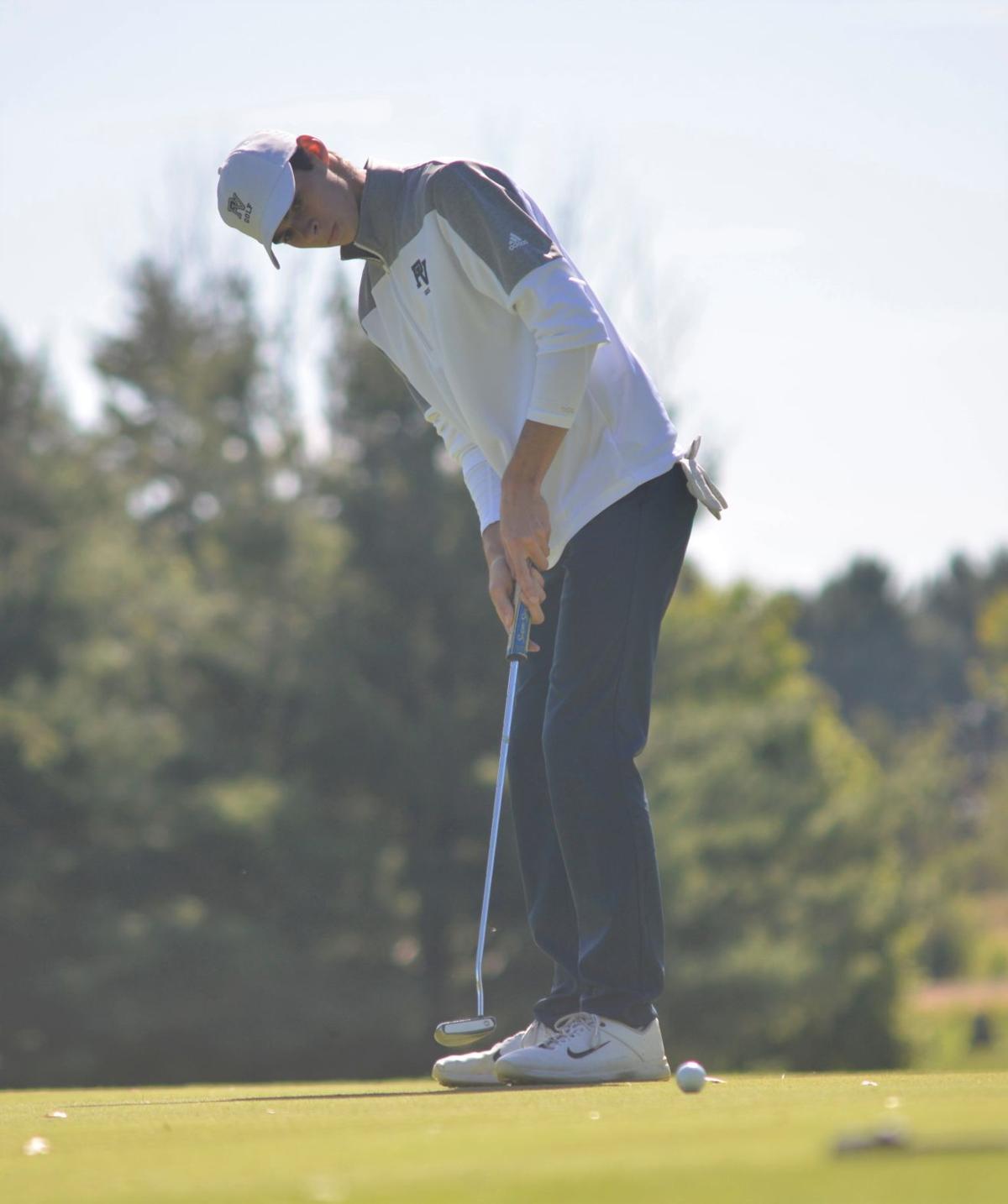 Jack Dumas and Jack Roemer were four-year starters and all-state performers for Pleasant Valley High School’s boys golf program. It was easy for Nathan Tillman to get overlooked the past three seasons.

When the conversation centered on the success of PV golf, Jack and Jack usually were the first names mentioned. It didn’t bother Tillman.

“It was good for me because it kept making me push harder every day,” Tillman said. “I had someone to compete with and someone to try and beat every day at practice.”

Quietly, Tillman has developed into one of the state’s top players.

A returning second team all-stater and this week’s Iowa Pacesetter, the four-year starter joined Dumas and Roemer as Mississippi Athletic Conference tournament medalists last weekend with a 36-hole total of 3-over par at Midland Golf Club outside of Kewanee.

Even with more attention after the graduations of Dumas and Roemer, Tillman's mentality has not changed this fall.

"The only thing that changed was it was more on my shoulders to lead everyone instead of following Jack and Jack," Tillman said. "Otherwise, it is the same. We want to win every time and give it our best every day."

Tillman has been a model of consistency for the Spartans this fall.

In 11 18-hole rounds, the Western Illinois University recruit has shot between 72 and 77. He posted 72 to earn medalist honors at the North Scott Invitational in August and matched that score in Saturday’s final round of the MAC tournament.

Conversely, he has had only two rounds over 75.

“It is nice to know I’m not going to go out and shoot 81 or 82, but it also hurts knowing I’m this close to dropping that average,” Tillman said. "On my bad days, I'll still be in the mix. On the good days, I can be up at the top of the leaderboard."

That steady-eddy approach meshes with his even-keel demeanor. Tillman does not get overly excited on the golf course after making a big putt. He won’t throw a tantrum when things go poorly.

Ever since he could hold a club, golf has been part of his life. His father, Alan, started playing golf when he was in college and passed that on to his oldest son.

“I’ve been playing since I could stand, but I didn’t get into it very seriously until probably seventh grade,” Tillman said. “That’s when I wanted to get good at it.”

He dabbled with other sports including track in junior high, running the 100 and 200 meters and participating in the high jump.

Still, it could not surpass the love he had for golf.

“In golf, you get to choose everything and it is a lot of problem solving,” he said. “It takes a lot of effort and time and I like doing it.”

Regardless of the outcome, Tillman keeps coming back.

Tillman has been dropping shots off his scoring average every season.

He was the runner-up at last year's MAC meet, sixth at districts and ninth at the two-day state tournament.

What has been behind his vast improvement?

“Definitely my short game,” Tillman said. “When I came here, I could not hardly get up and down from anywhere. Coach (Mike) Nedelcoff really stressed how important that was when you miss a green, you can still save par. That’s what I’ve really worked on over the last four years.”

That, coupled with his iron game, has made him one of the state’s top players. Tillman has the 12th best scoring average in Class 4A and tops in the MAC.

“He’s a Division I golfer,” Nedelcoff said. “He hasn’t scored maybe quite to the level he expects this year, but (Saturday) was what is expected.”

After a shaky start at the conference tournament last Friday, he played the final 33 holes in 3-under par.

“Nathan is going to keep getting better,” Nedelcoff said. “He’s a great kid, good teammate. You name it, it is all positive.”

An honors student, Tillman wants to major in computer science at Western Illinois and eventually become a computer software engineer. He is an avid guitar player who plays acoustic guitar on the worship team at church.

"That has been a lot of fun," said Tillman, whose brother Andrew is a freshman on the junior varsity golf squad.

Tillman propelled the Spartans to a fifth consecutive MAC tournament title last weekend. He wants to lead PV back to the state tournament where the Spartans have finished second in two of the past three seasons.

"The team has always been a great dynamic here," Tillman said. "I've always had a whole bunch of fun, practicing with them every day has been a blast.

"Right now, my eyes are set on districts and getting to state as a team. After that, hopefully we can go win a state championship."

Unlike past seasons, Tillman won't be hiding in the shadows.

"I've put in a lot of work over the summers," he said. "It has helped build my confidence to the point where I know I can put up a score on any day at any golf course."

Most memorable shot you've hit: A hole-in-one at Davenport Country Club or driving No. 1 green at Palmer Hills during freshman year of tryouts.

Here is a look at this year's All-Metro and All-Western Illinois girls golf team, which is captained by Geneseo's Keely Nguyen.

Player of the year

Pleasant Valley senior golfer Nathan Tillman is this week’s Iowa Pacesetter. Tillman was medalist at the Mississippi Athletic Conference tournament last weekend in Kewanee. In 11 18-hole rounds this season, Tillman has never shot higher than 77. He recently committed to continue his career at Western Illinois University.

Pleasant Valley’s Nathan Tillman tees off on the 16th hole during the North Scott Invitational at Glynns Creek Golf Course earlier this season in Eldridge.